Yesterday I took Rachel and Miriam to the General Women's Broadcast (and pre-party). Miriam isn't technically old enough but we brought her anyway because she'll be eight in one month (we may have called her an imposter the whole time, but we brought her).

Our stake had a couple of service projects (fleece blankets and card making (I think the cards were to go to Meals on Wheels; I'm not sure where the blankets were headed). The girls and I had fun helping tie a pretty peach quilt. 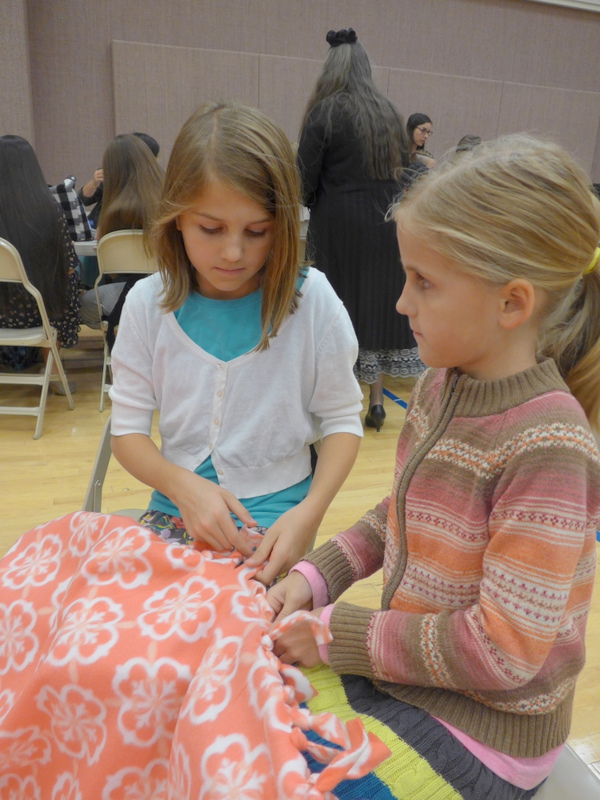 We also had a dinner and, for dessert, the girls got to decorate their own cupcakes: 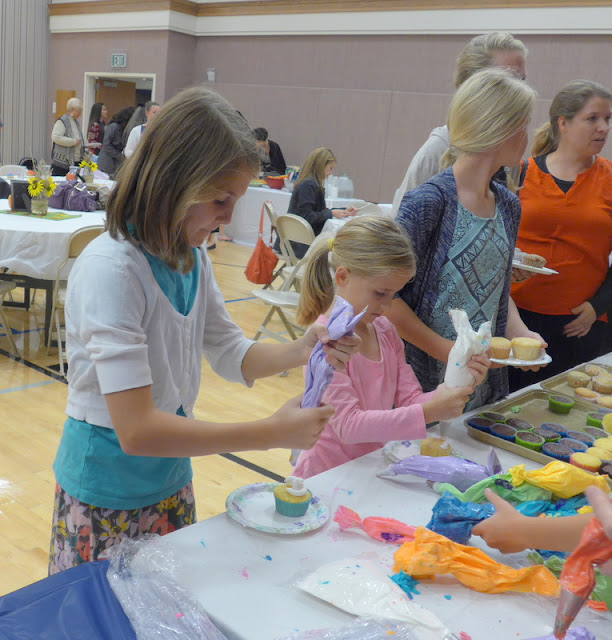 I obviously did not have a cupcake because that would have been way too much sugar for me. As an aside, Benjamin is seriously worried about my diabetes. Tonight I checked my blood sugar in the middle of story time and Benjamin was like, "I will tell you the number when it comes up." But then he said, "No! I can't look! I'm too nervous! You tell me!"

"It's 106," I said. "Which is fine. It's maybe a little high considering I had, like six stinking noodles for dinner, but it's fine."

He put his hand on my belly and said, "Well, don't worry. You haven't killed the baby yet. I can still feel him kicking."

I hadn't realized he was quite that concerned about the health of the baby—but I am, too, and that's why I'm so careful about what I'm eating. So obviously no cupcakes were consumed by me, but the girls enjoyed their treat. 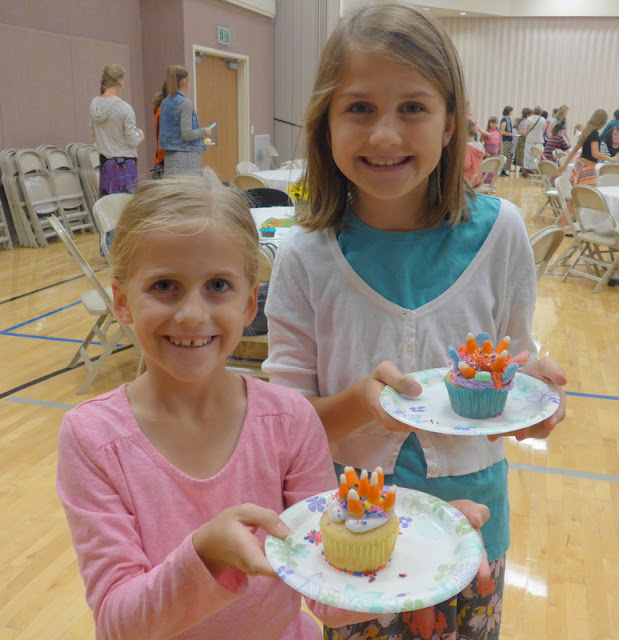 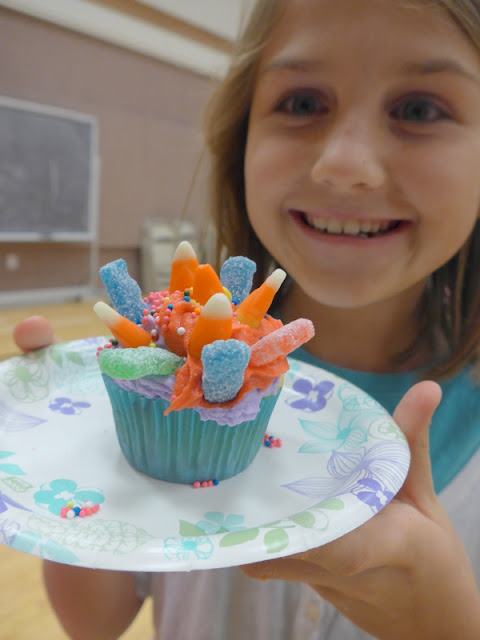 Miriam had wanted to make an extra one to bring home to Benjamin, but I told her to just do one and eat it. Benjamin and Zoë were getting a treat of their own (Andrew took them to a McDonald's with a play place, fulfilling all their wildest dreams) and, furthermore, we'd walked to the stake center—in the rain, mind you—and had no means of carting an intricately decorated cupcake such a difference—through the pouring rain, mind you. 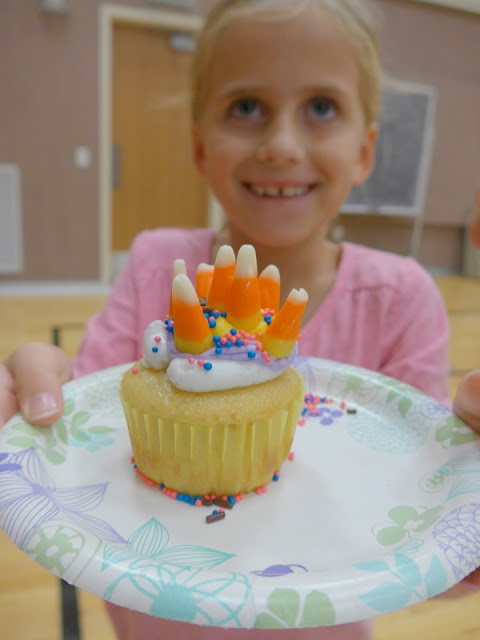 Walking was Rachel's idea. I reminded her that it was (a) raining cats and dogs and (b) pretty darn cold outside but she literally begged me to walk. So we walked, which I'm sure will be memorable for the girls. Our feet were slightly wet when we got to the church but we all got thoroughly drenched on the way home. I don't know if it was because it was raining harder or if it was so dark that we couldn't avoid puddles as well as we did on the way there...

I'm not sure they'll be asking to go for any long walks through a fall drizzle (and/or downpour) again anytime soon.

The meeting itself was wonderful, too, of course (which you can watch here if you missed it; I especially enjoyed Sister Eubank's talk (which was first)).
Posted by Nancy at 1:16 AM