Aunt Shayla posted some more pictures of their adventure through Little Wild Horse Canyon, so here they are: 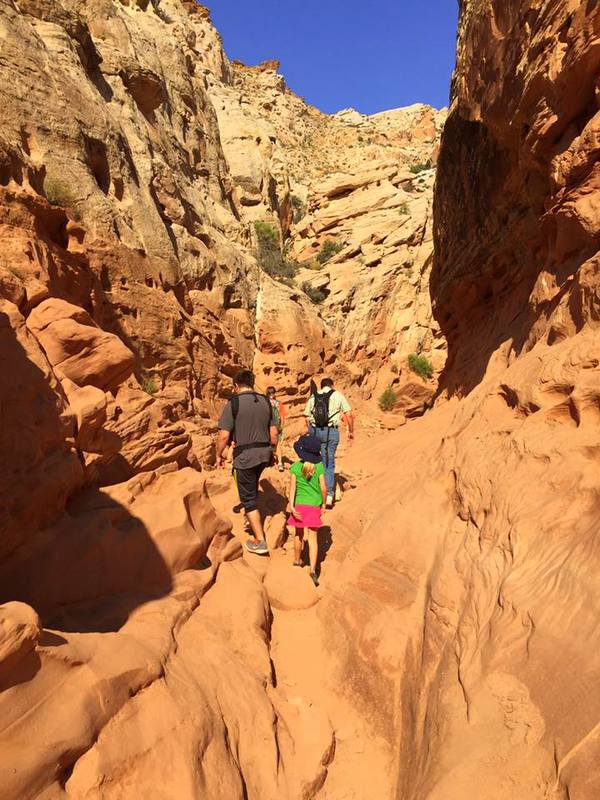 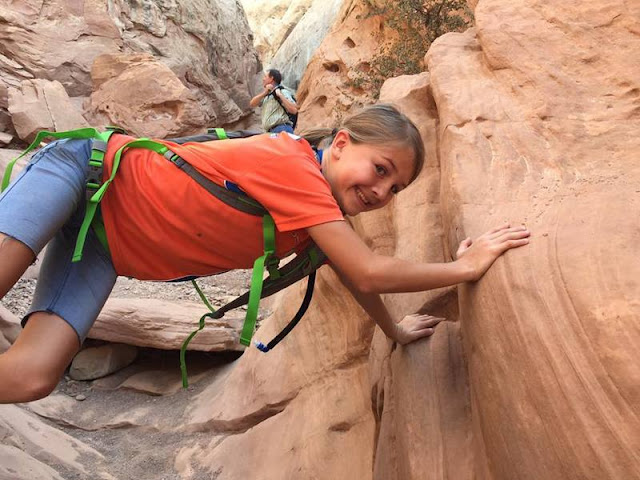 And here's Benjamin finding his niche: 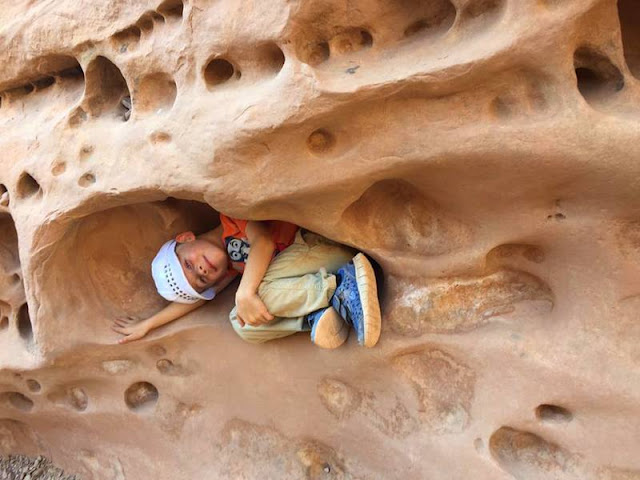 And here's Benjamin very likely preparing to slide down that hill on the seat of his (Sunday) pants: 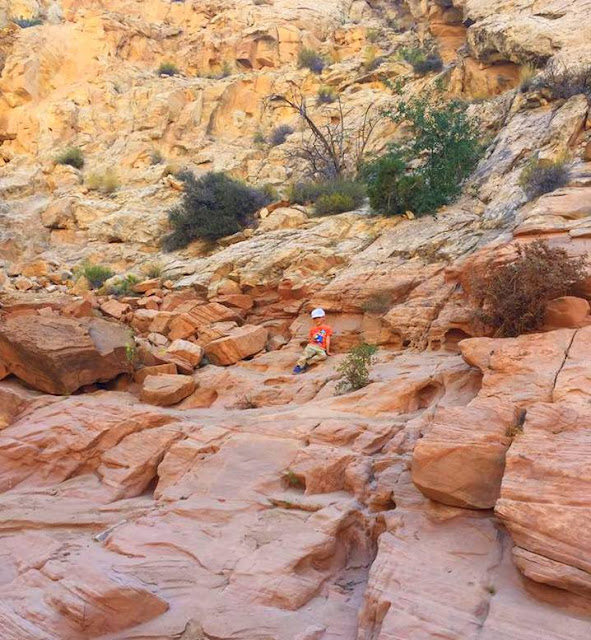 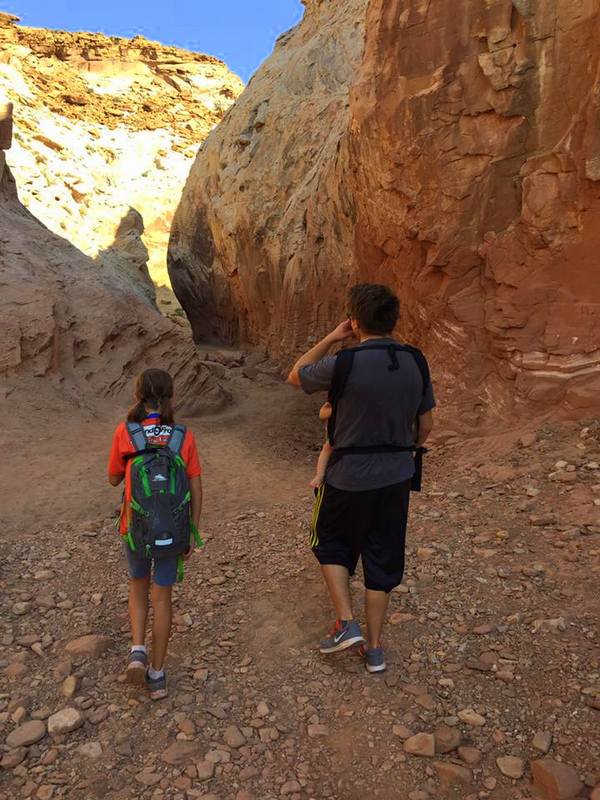 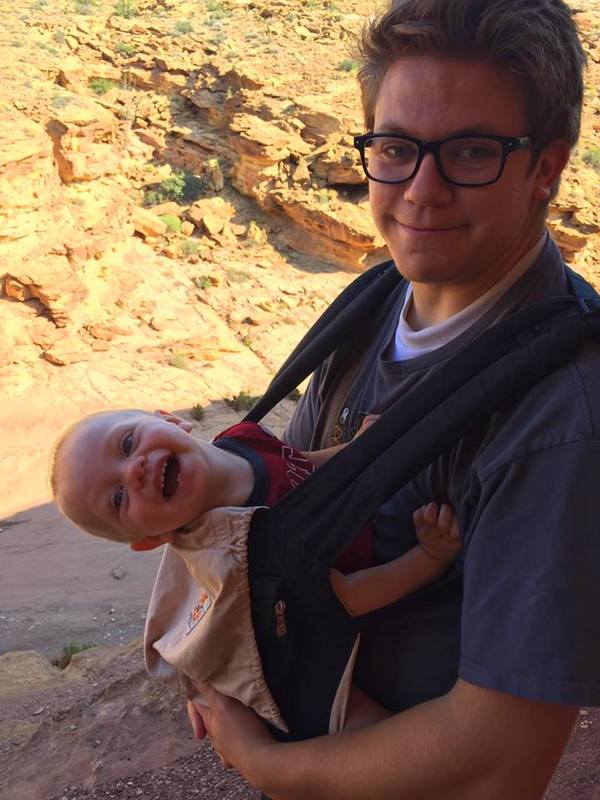 The real reason for this little trip was to attend Uncle Raymond and Aunt Dorothy's 50th wedding anniversary celebration. They held it down at their cabin in Grover (which we've stayed at all the times we've gone down, except for this time because it's far too crowded with all the family there so Karen rented a place in Hanksville instead). I'm sure it was wonderful and it would have been great to be there and see everyone but I'm sure they'll appreciate that we kept our germs to ourselves.

Anyway, last night the kids got to go to Grover for the first time ever (for Benjamin), the first time in memory (for Miriam), and the first time in a long time (for Rachel). The last time our family went was in May of 2012, shortly before Benjamin was born. And, frankly, I don't think anyone from Andrew's family has gone since August 2013 (when Dorothy Gillespie passed away on the Grover trip), but I could be wrong.

The kids were taken up on the hillside by the cabin to explore all the little "forts" that had been created over years and years of trips to Grover. They did some upkeep on some old forts and started a few of their own: 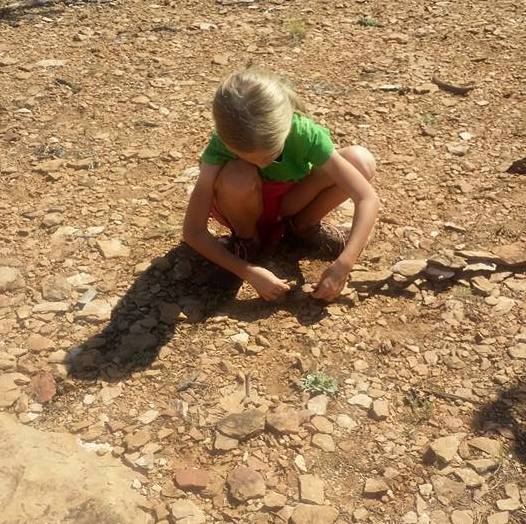 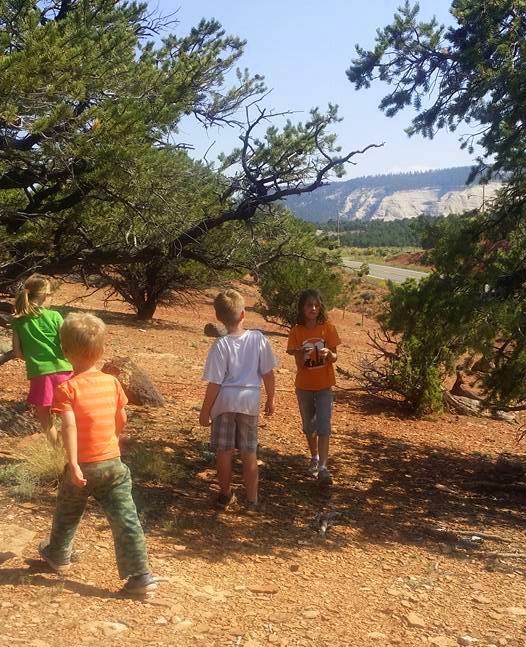 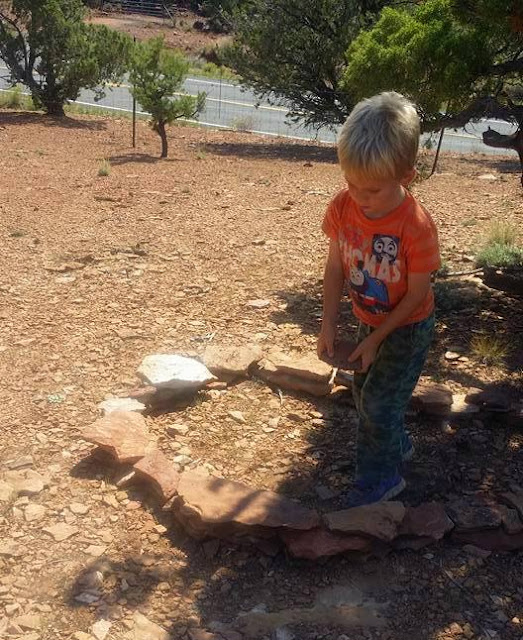 And here's a few pictures of Benjamin playing in the sandbox (you'll notice he changed his pants from Sunday pants to sweat pants): 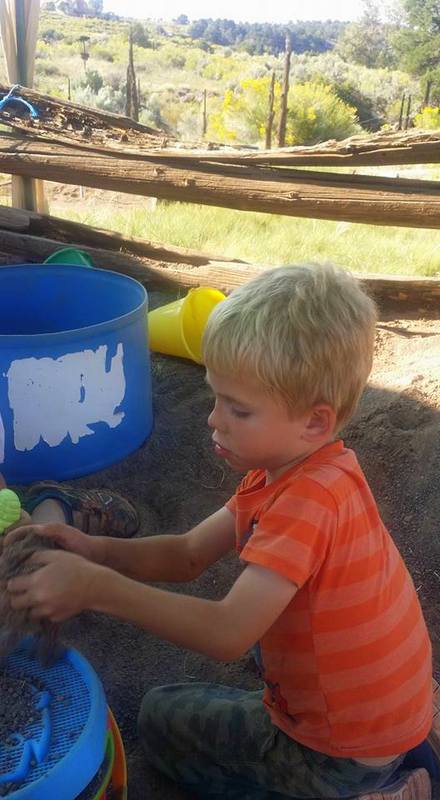 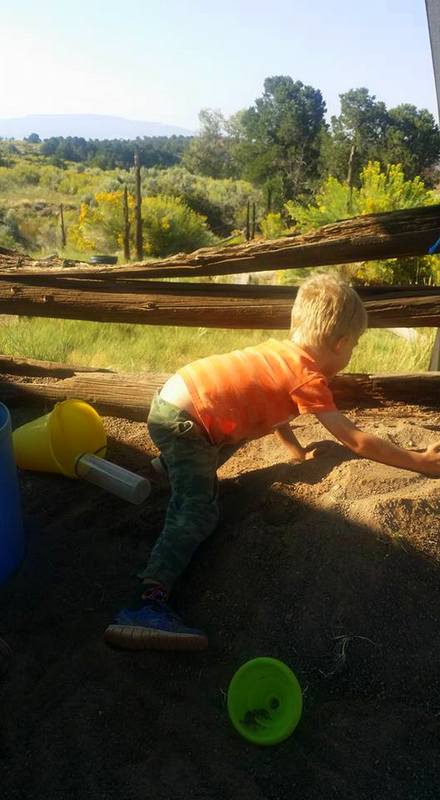 They're having a blast and we're so thankful to everyone for looking after our brood! Zoë misses the kids terribly and kept sighing this afternoon while she was playing with us. Apparently we're terrible playmates, though, because aside from simply sighing she was saying, "Rachel back. Rachel play, me. Mimi back. Mimi play, me."

She didn't mention anything about Benjamin (she rarely does) but when we asked her about him she admitted that she wished he'd come back, too.

We spent the evening watching home videos and identifying everyone in them (she even pointed out 'En (Ben) a few times, so that's pretty big for her). They skyped us for a few minutes and she was overjoyed to see them, so I'm sure she'll be thrilled to bits when they get home tomorrow!
Posted by Nancy at 11:49 PM