Cousin Carter was over yesterday and since he had his first hair cut a few weeks ago and since Andrew, Benjamin, and Grandpa also recently got the traditional Heiss haircut we had to take a picture of the four of them together: 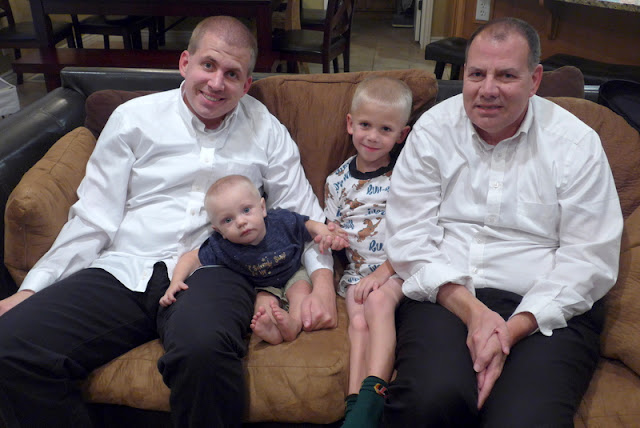 Today was another early release day for the kids, which really leaves me with, like, no time on Mondays because by the time I get the kids off to school it's already nearly time to pick Benjamin up. Zoë and I left to pick Benjamin up, in fact, before Grandma had emerged from her bedroom for the day. After we picked Benjamin up we decided to play at the playground while we waited for the girls to get out of school because I guess it wasn't a true early release day—it was a half day, so they got out at noon rather (which is even earlier than they get out on early release days).

We got home shortly after noon and found, much to the surprise (and delight) of both parties, that Zoë and Grandma were in coordinating outfits! What a coincidence! 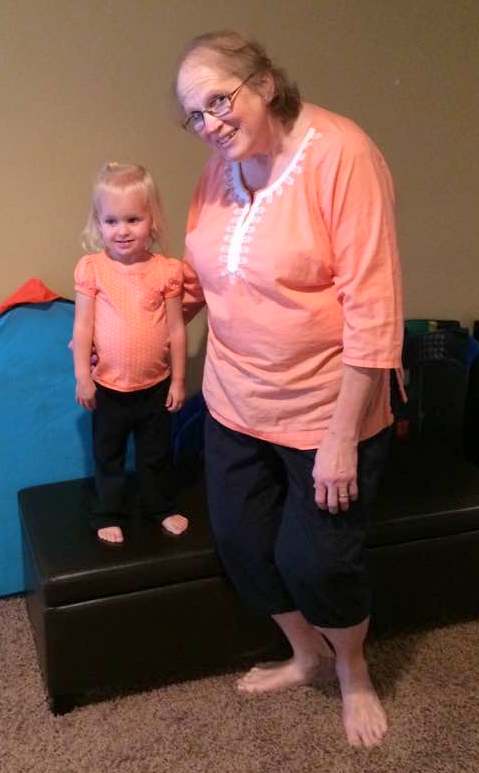