It is cold in a lot of places right now. We're due for our own little cold snap over the next several days, but we're only supposed to drop down to about -14°C (6°F). That's record-breaking cold around these parts—it hasn't been that cold since 2014!

I'll probably go outside just to feel how cold it feels to be that cold, make the kids go experience it because...we just don't often get that cold here.

Today I killed a mosquito and watched a big ol' cockroach climb through my heater vent and drop onto my bed, which I then caught and took outside (and then stripped the bed to wash my sheets). My Canadian friends, meanwhile, were all joking that bugs are the reason they live where they do. The winter kills off all the bugs so they don't have to worry about cockroaches and the like in December like I do.

(Though, honestly, they get terrible mosquitoes every summer so...it's not like they don't have insect issues).

Anyway, today it felt like -48°C (which is -54°F) in many parts of Alberta, thanks to the windchill factor! That is so cold. It's so cold that buses can't run, though school was still open, so friends and family were chatting about (a) how to get their children to school without buses and (b) the misery of getting their children to school in such low temperatures.

My nephew wrote this after dropping off his step-daughter in the morning:

And here's what my friend had to say about heading out to bottle feed some calves on her father's farm: 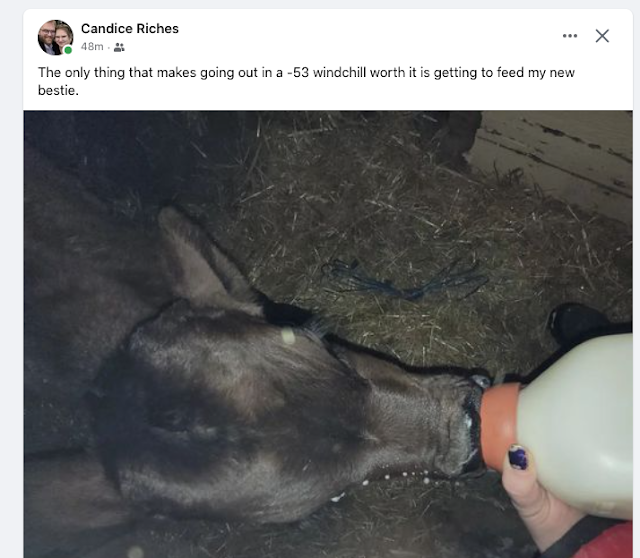 That kind of cold weather is...so cold...and makes me feel grateful to live where I do, though...it's been so warm that it hardly feels like Christmas...