Phoebe has been taking a handful of steps here and there for weeks now, but she hasn't been very committed to the idea of walking. I'm not too concerned about that yet because she did the same thing with crawling—she scooted on her belly far longer than she needed to, simply because crawling on her hands and knees felt pointless when scooting was so fast. But then she figured out hands and knees (and learned that that method actually was more efficient than she thought) and gave up scooting. I have a feeling the same thing will happen with walking any day now.
Another thing holding her back has been her inability to get into a standing position unaided.
She could walk if we set her on her feet and coaxed her. And she could walk if she pulled up against something (the couch, the wall, whatever). But she couldn't simply...stand up...in the middle of the floor...
Until this evening!
She decided in the middle of our evening Christmas devotional that she could stand up, after all.
Don't mind her soggy diaper; we had a fresh diaper and warm jammies to change her into right there, but she wanted to practice walking instead, so that's what she did first. We all allowed ourselves to be distracted by her cute antics for several minutes and then we got her ready for beddy.
And here are a few pictures of Rachel carrying Phoebe around in a goofy way: 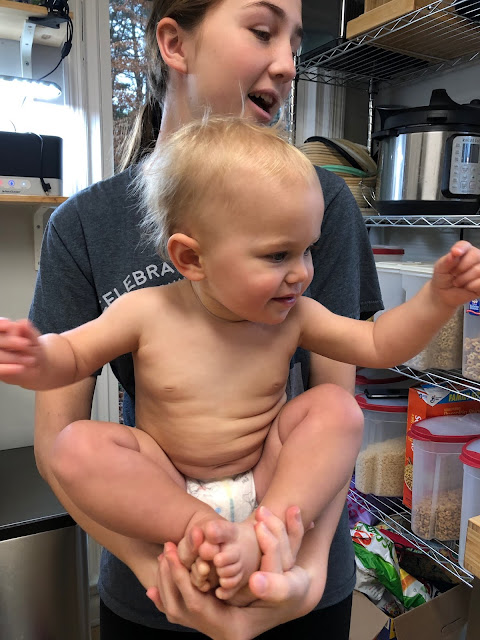 Phoebe signing "more" (because there are always cups of water and things on the counter that she's looking at): 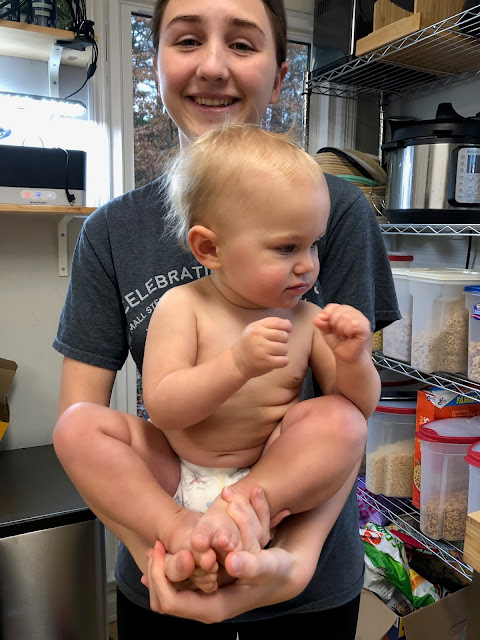 She thinks everything is for sharing (as long as she's the recipient): 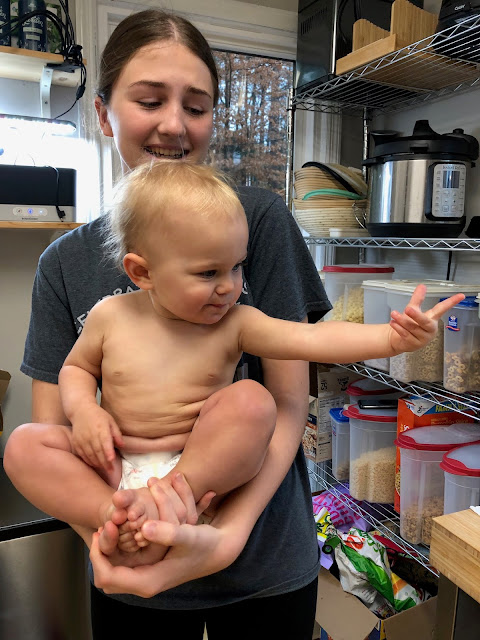 And here's a good view of all the recycling that needed to be taken out to the bin (Andrew must have refilled some of the cereal containers): 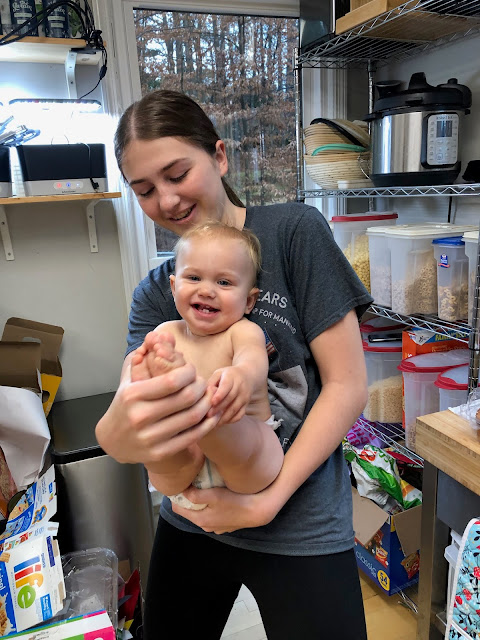