Matchy, matchy (and some music)

I picked up some Christmas pyjamas from my "buy nothing group"; someone wanted to give away a pair of elf pyjamas—size 8 and size 3. That was just about perfect for our house. The pyjamas are a little small for Alexander, but they worked perfectly well for him and he was ecstatic to be matching with Zoë (especially because we'd recently babysat my friend's twins). 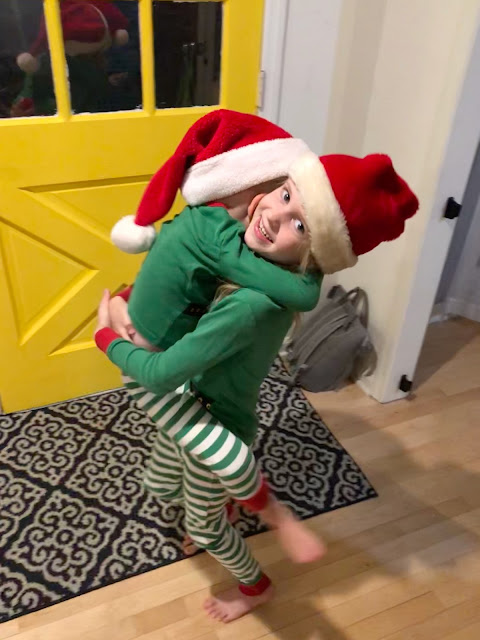 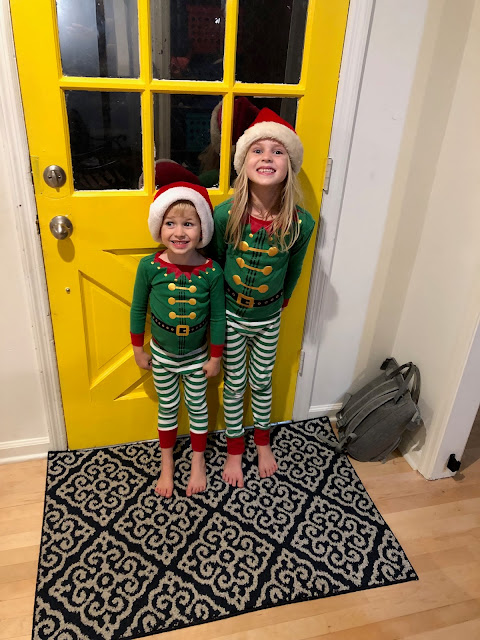 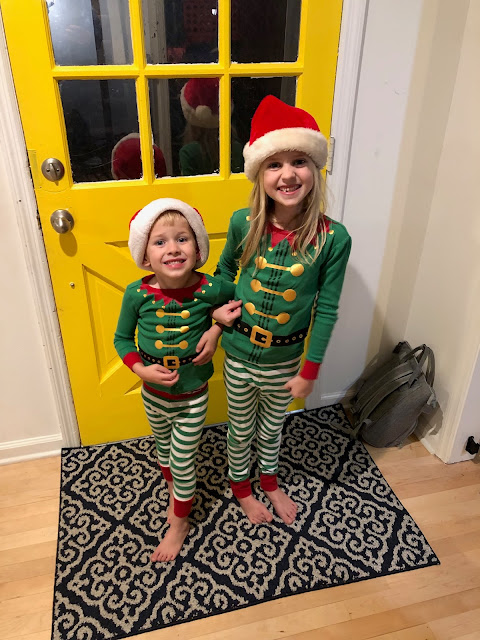 The hats came from our Christmas stash. I dragged the boxes upstairs and we've been slowly making things look like Christmas around here. Alexander and Zoë are ready, though! I think they've worn these jammies every day for a week now! Usually I'm begging my kids to recycle their jammies—"You don't need a fresh pair of jammies every day!"—and now I'm going to have to switch that and say, "Please just put those pyjamas in your laundry bin so we can wash them!" 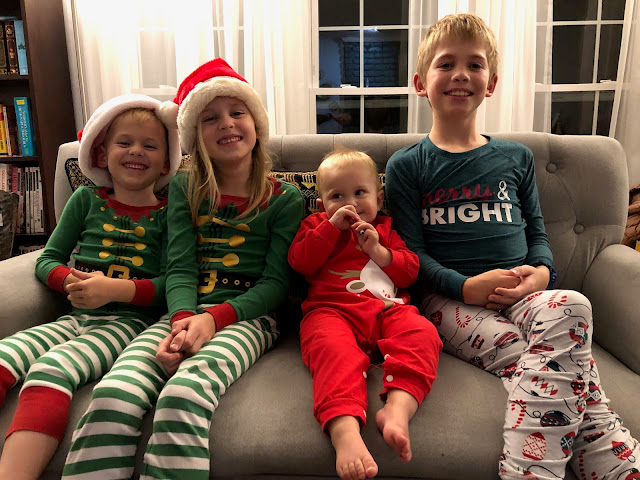 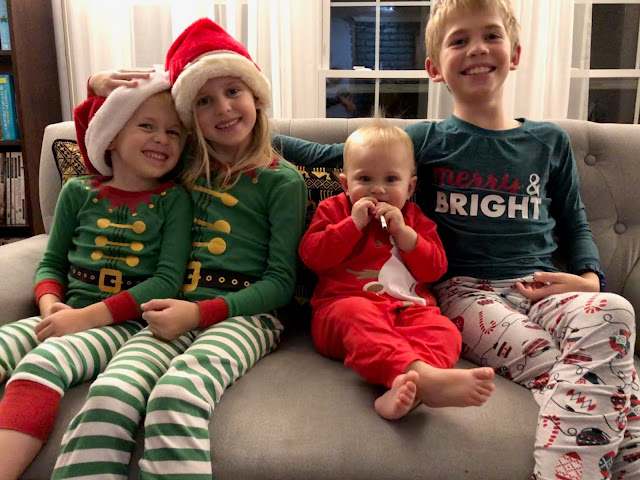 Alexander isn't the only one Zoë can play twins with!
Miriam has been busy at the sewing machine, so busy that the other day she remarked, "I'm just a sewing machine!" meaning that she'd been sewing a lot (though we all laughed when she realized what she'd said).
She finished Phoebe's Christmas jumper in time for Phoebe's birthday... 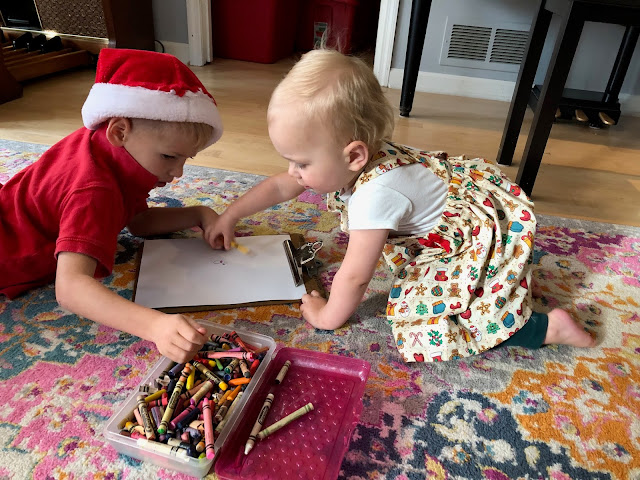 And then got right to work making one for Zoë: 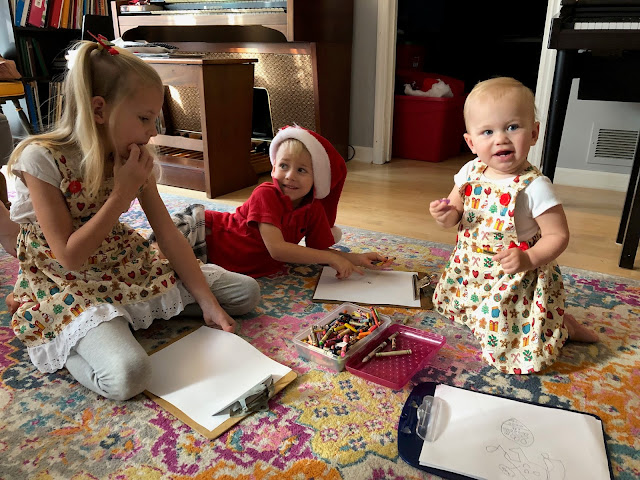 The girls wore them on Sunday and looked so sweet together. Here they are drawing some pictures during sacrament meeting: 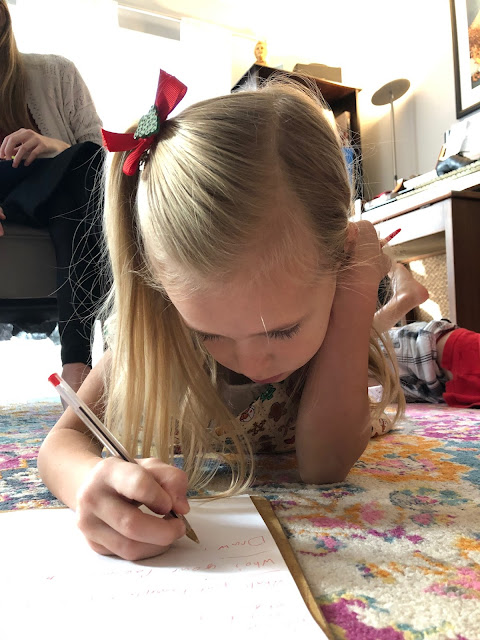 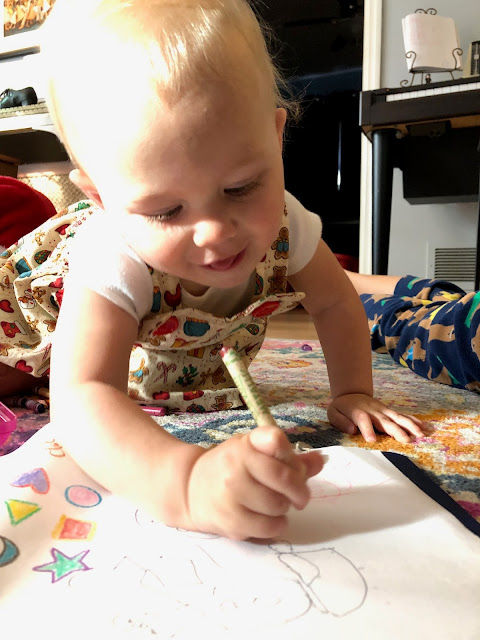 And here's Phoebe sitting on Rachel's lap, flipping through the pages of the hymnal (one of her favourite activities): 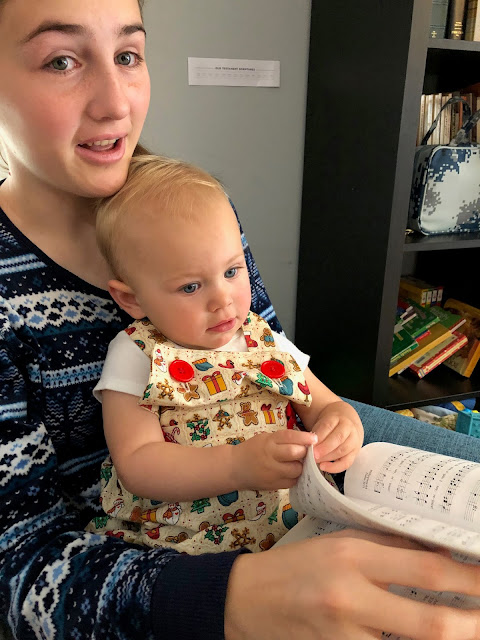 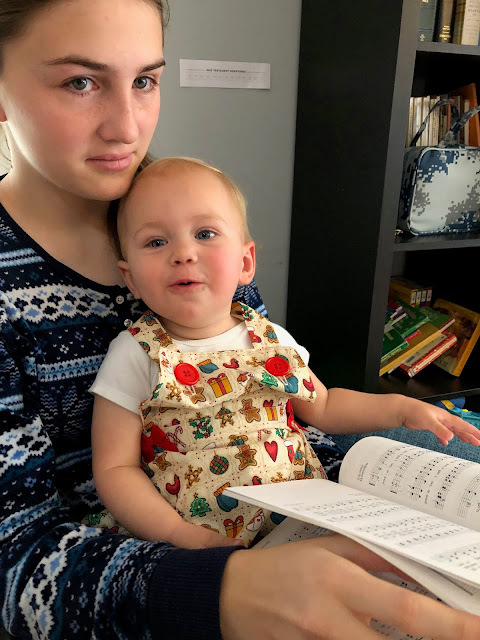 I tried to take a more formal picture of Zoë and Phoebe together after sacrament meeting, be evidently all of Phoebe's good nature had been used up by that point and she had nothing but the grumps. She tends to get hangry easily, so she was simply not in the mood for pictures. 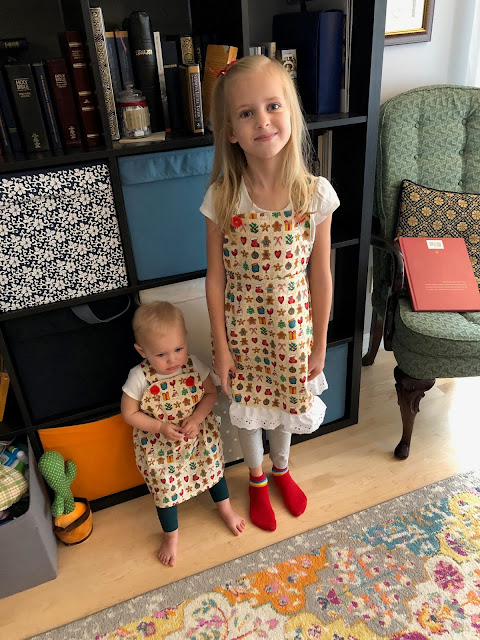 Look at that scowl: 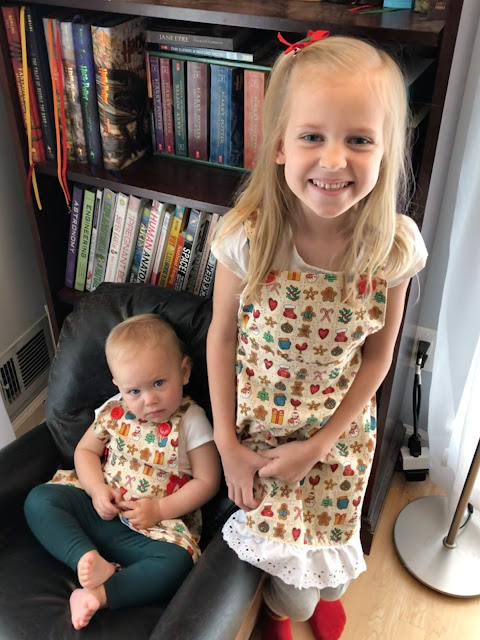 Andrew entertained Phoebe while the kids and I did primary together, and then I fed Phoebe (Andrew had given her some snacks, but she still wanted milk) and then we tried taking pictures again. It went a lot better, silly little goose! 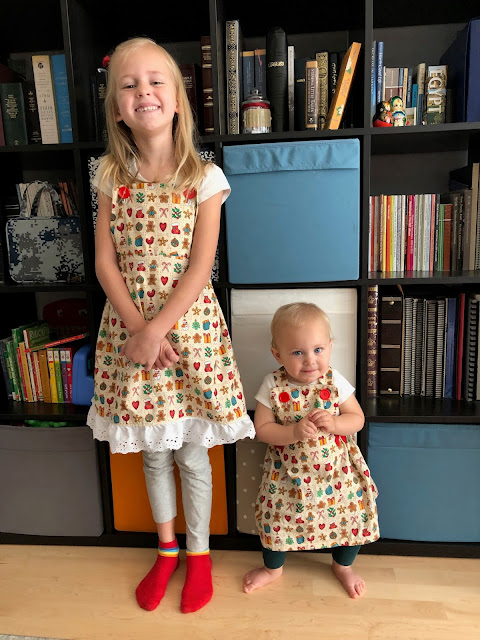 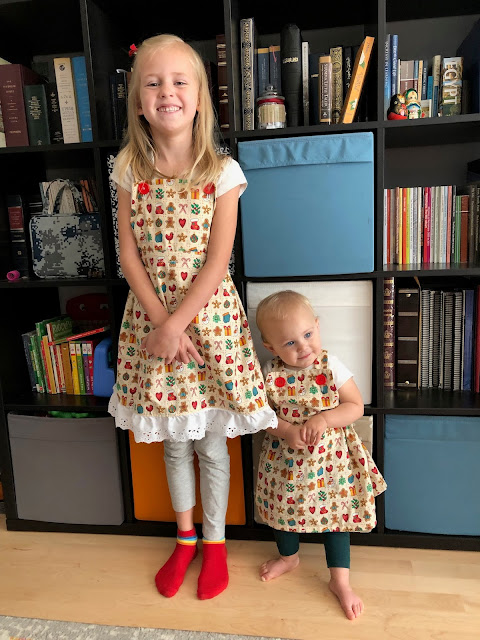 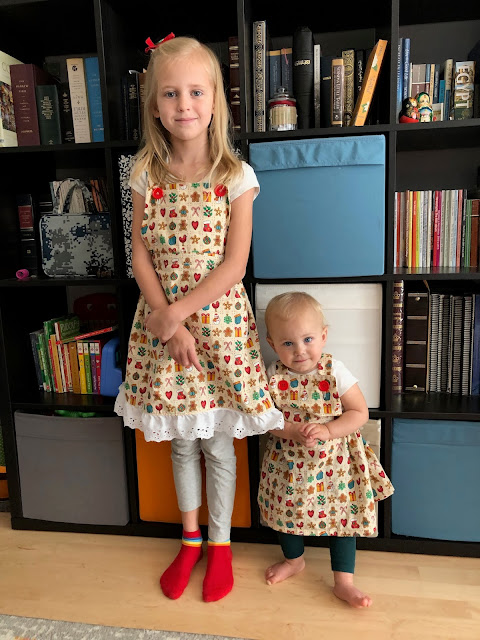 Now that we have those outfits out of the way, I'll share a bit of our music with you. Here's a Thanksgiving song—'Autumn Day' we recorded last Sunday:
And here's a Christmas song we recorded this past Sunday:
Posted by Nancy at 11:29 PM