Commissions and commissioning (are everything in life...at least this weekend)

This weekend was rather industrious for Rachel and Benjamin, who were each working to fulfill their first commissions. Benjamin made a set of winter hats as a gift for the set of twins around the corner from us. When we babysat them at our house, their mom mentioned to Benjamin that they needed new hats this year and that she'd gladly pay him to make a bigger set for them. Benjamin's eyes lit up with dollar signs and he worked rather diligently on these hats for several days. 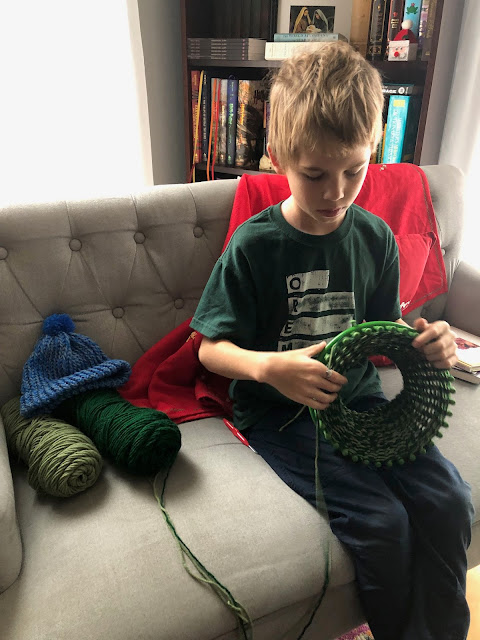 He was so excited when he finished that he hopped onto his bike straight away and pedaled over to their house to make his delivery (and collect some cold, hard cash). 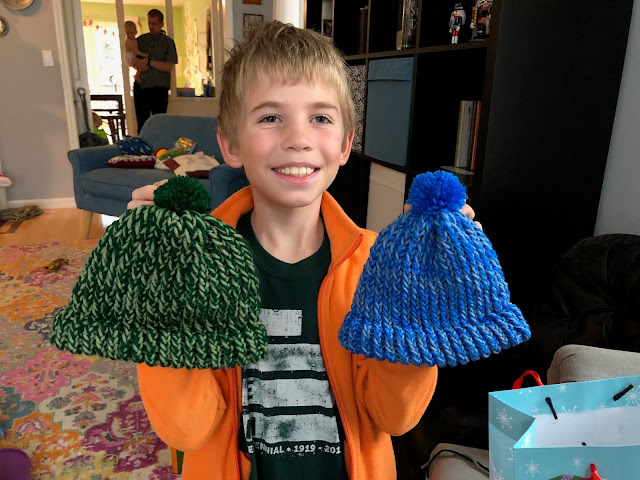 Rachel, meanwhile, had been commissioned to make a dinosaur birthday cake for our sweet little neighbour. Since this cake was meant for about 30 (rather than our typical 8), it made for a bigger "canvas" for her and she had a lot of fun filling it with "brachs" and "dactyls," as our sweet little neighbour would say. It turned out rather cute, I think. And I hope it was delicious. It was honestly a little strange to make a cake and not eat it.
We do that with cookies all the time. But cake? Cake we usually eat ourselves.
Anyway, here's Rachel working away late, late last night (she was up until past 1:00 in the morning getting things finished): 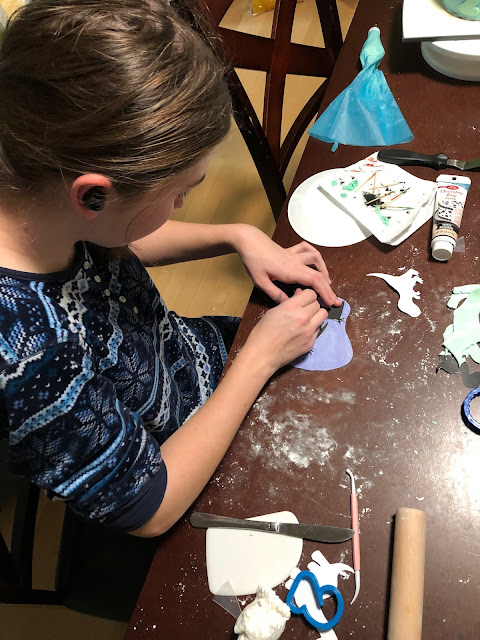 Here are a few pictures I took of the bottom tier last night: 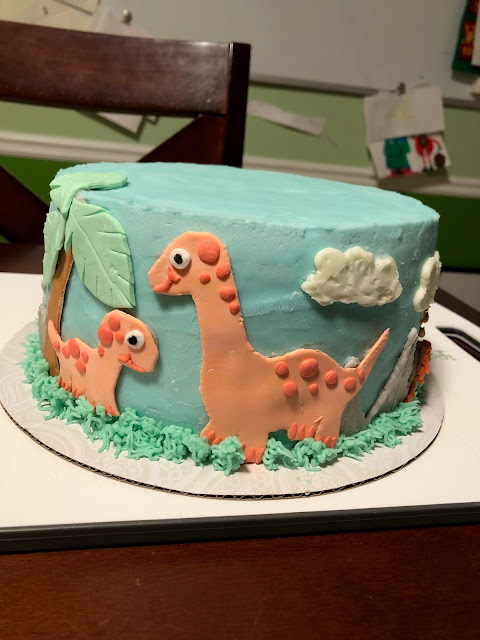 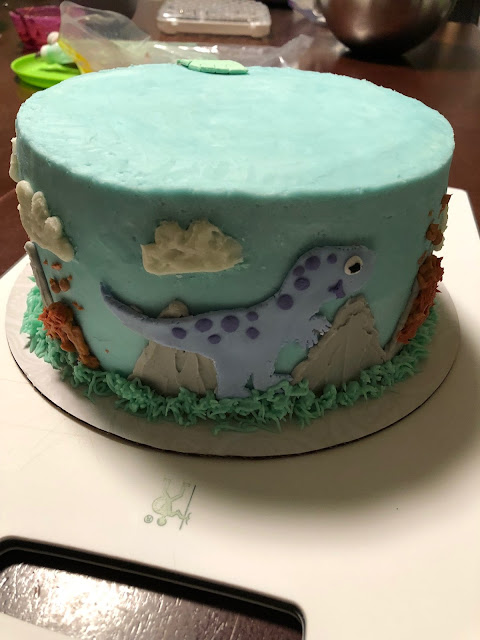 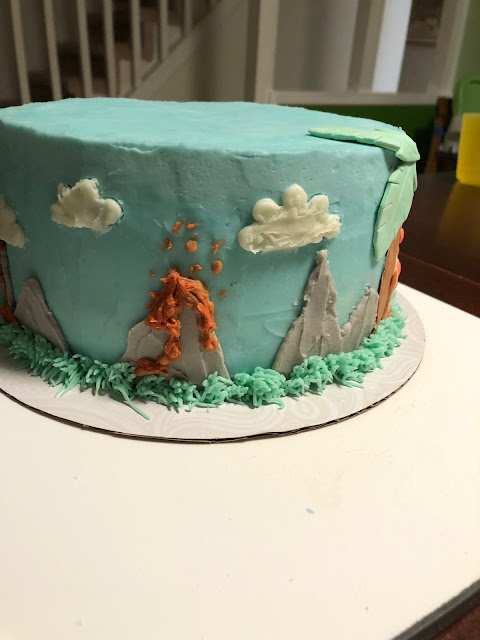 I helped Rachel carry the cakes layers over after church (and before the birthday party) so that she could assemble them on site (rather than risk tripping while carrying a double-decker cake). Here are a few snapshots of the cake all put together: 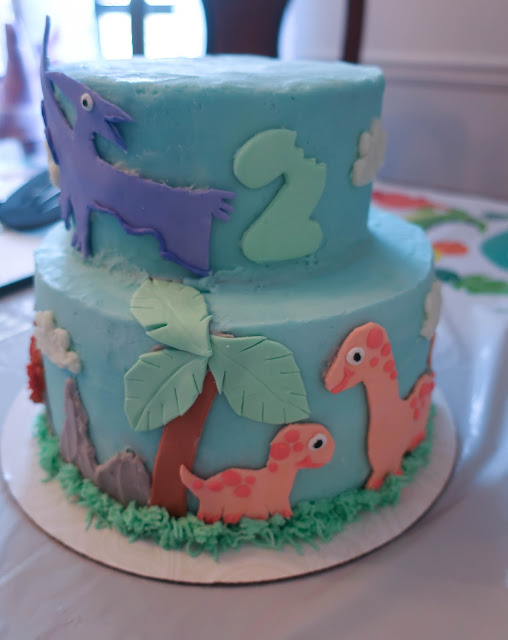 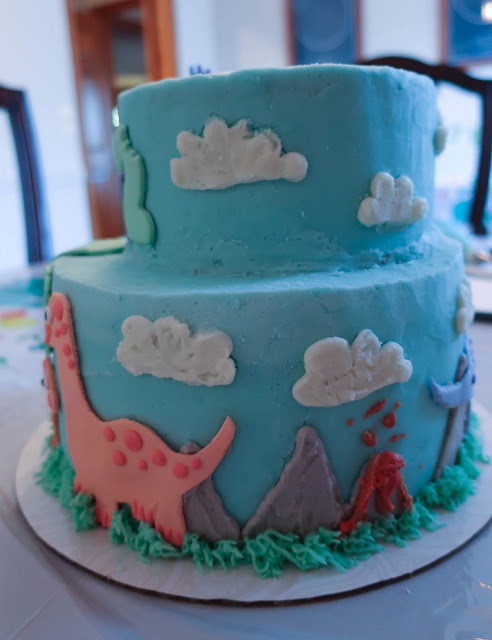 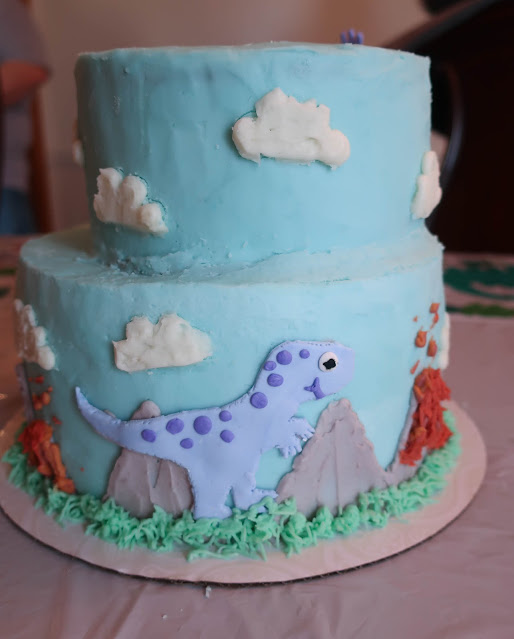 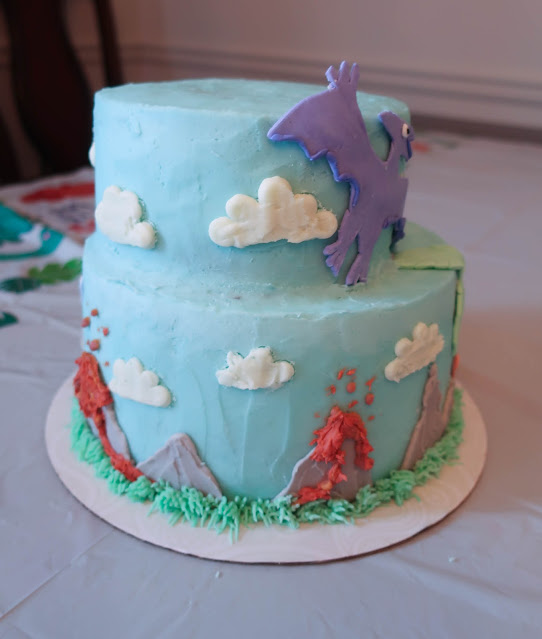 It turned out simply beautifully! Our neighbours said they'd point everyone to her website, which made her a little flustered because she had just thrown up a whole bunch of pictures with "asdf asdf asdf" as filler text. She'll get in there one day to write some descriptions for her cake (perhaps over winter break).