It's fun! It's Incredible! It's glorious!

Last night the older three kids were finishing their Lord of the Rings marathon with Grandpa, so instead of "just" going to bed, I suggested we take the little ones out for an evening adventure. Plus, I had an inkling of hope that if we gave Phoebe enough stimulation before bedtime it might tucker her out. We'd had an awful night the night before and...the sad part about awful nights is that then it makes you reluctant to do anything during the day (because you're just so tired). But, honestly, that little evening romp seemed to have done the trick for her last night because we didn't have a terrible night with her after we got home.

Anyway, Andrew and I took the younger three kids out to see some lights at the town green. Here is a lovely shot I got of Andrew with the kids and the lights:

And here's an outtake where Alexander decided to stick his fingers up his nose (because he's goofy sometimes): 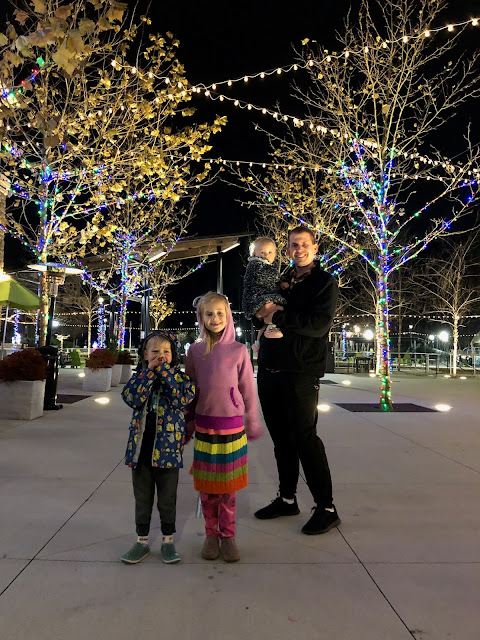 The kids enjoyed the lights... 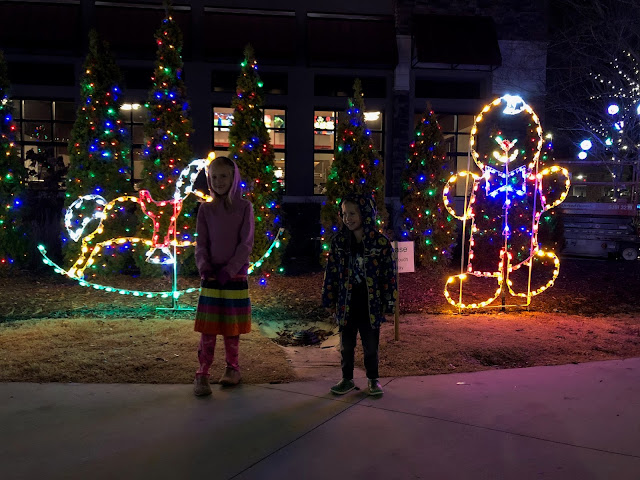 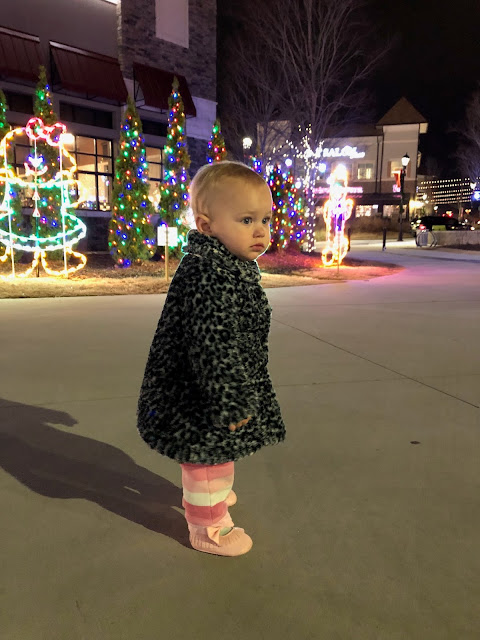 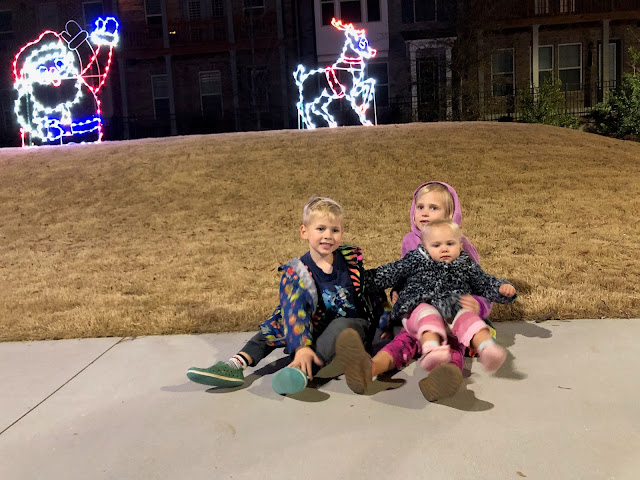 ...but they were more excited about playing at the playground at night. They rolled down the big hill, went down all sorts of slides, and clambered all over everything. 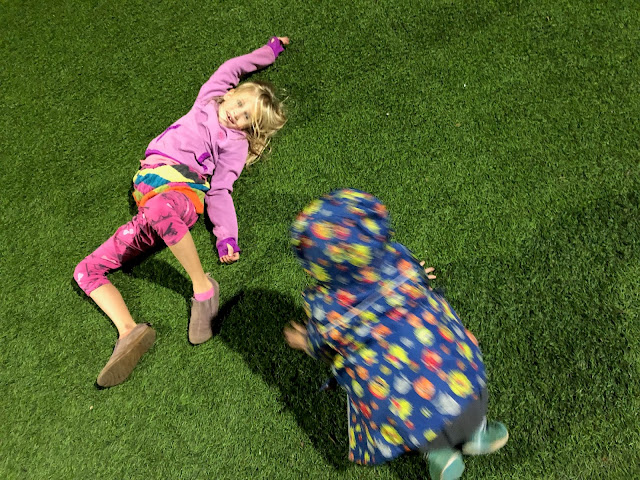 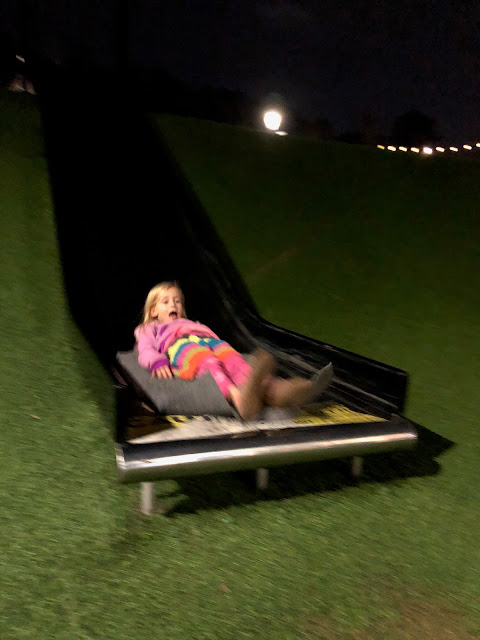 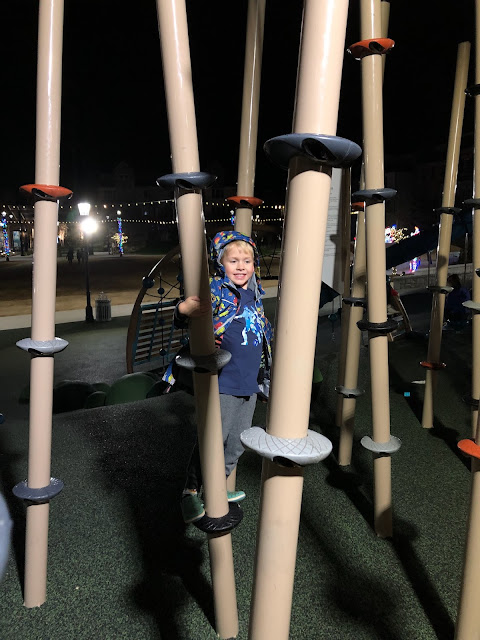 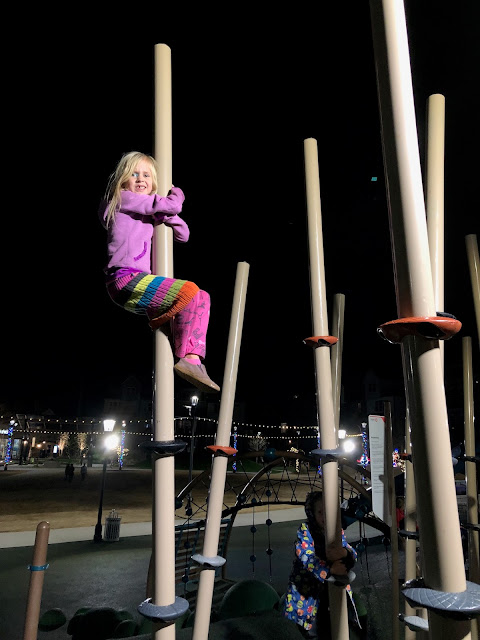 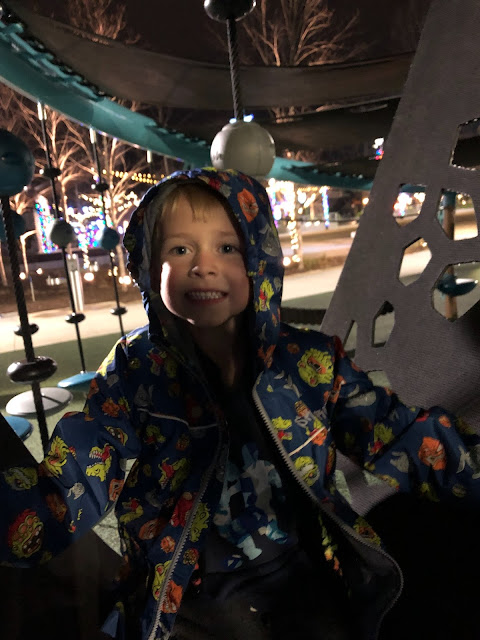 It was kind of fun to just take the little kids out and spend some...2 on 3...time with them (which is a pretty good parent to child ratio in a household like ours). When we were leaving I asked the kids, "Who had a horrible time?"
"Not me!" they said.
"How would you describe your experience, then?" I asked.
"In one word?" Zoë wanted to know.
"Sure," I said. "In one word."
"Funcrediblorious!" she squealed. "I just made that word up! It's fun! It's incredible! It's glorious! Funcrediblorious!"
I think she had a good time!
Posted by Nancy at 11:08 PM