This was, I believe, one of the first pictures we took and...almost unbelievably...it worked out! It's not centered, but it worked out! 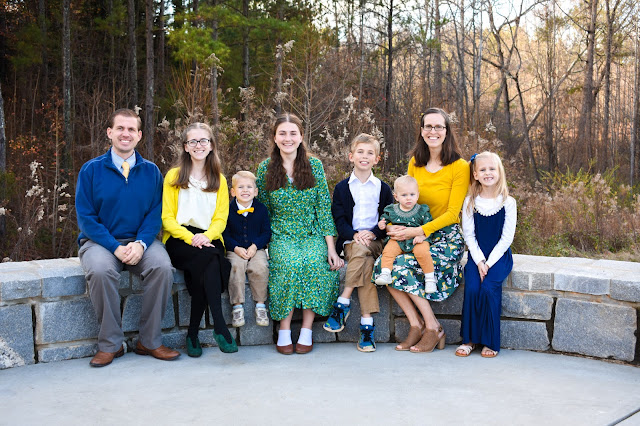 My priorities for pictures this time around were (1) family pictures, (2) Phoebe pictures, (3) everyone else. Last year we took our group photo very last and everyone was kind of over taking photos by then, so I thought we should reverse it this year—get that group picture out of the way and then focus on the most wild card child of all before turning our attention to the others.
And that's more or less what we did. It worked out well. 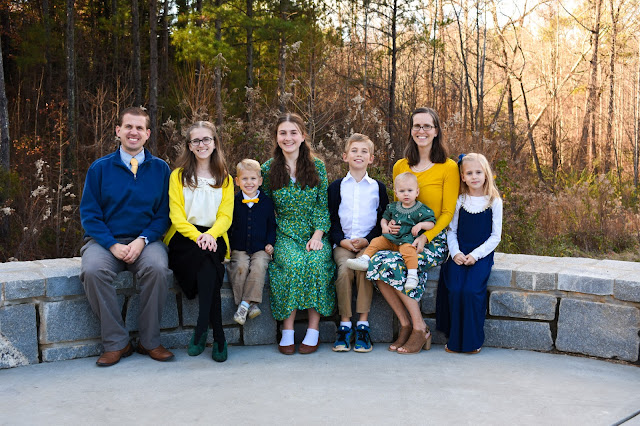 We tried it with the pond behind us as well, but I think the lighting was better in the first shot (note: we are not professional photographers so we just...play around until things look decent). 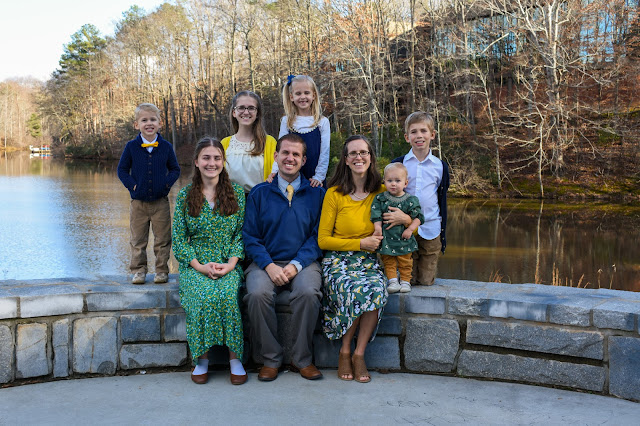 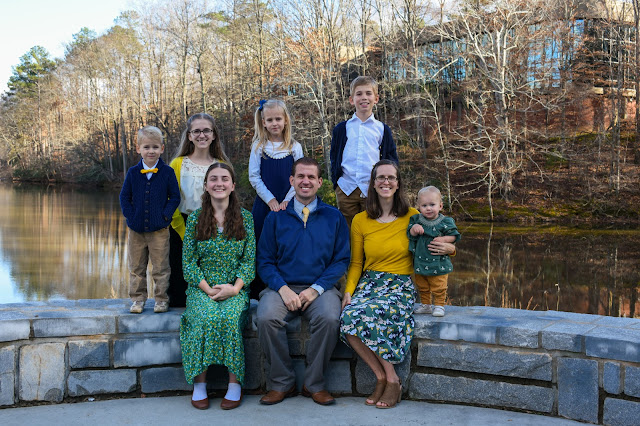 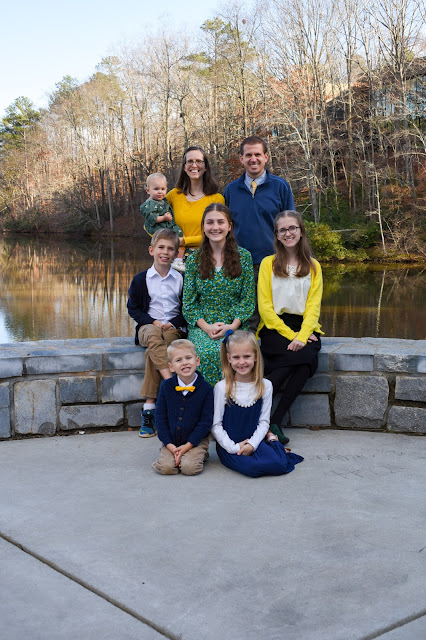 I neglected to figure in a picture of the kids alone, however, and only remembered about that toward the end, by which time Phoebe... 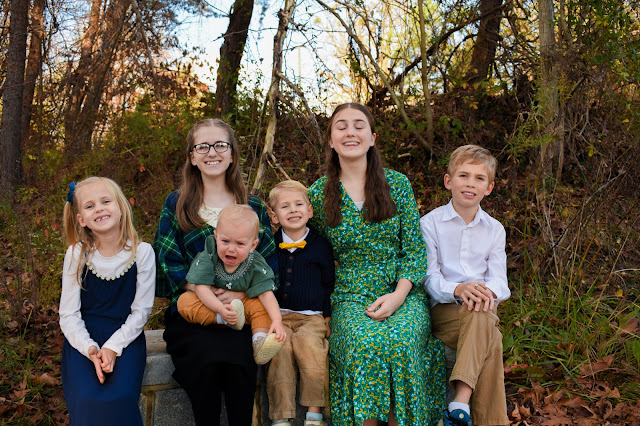 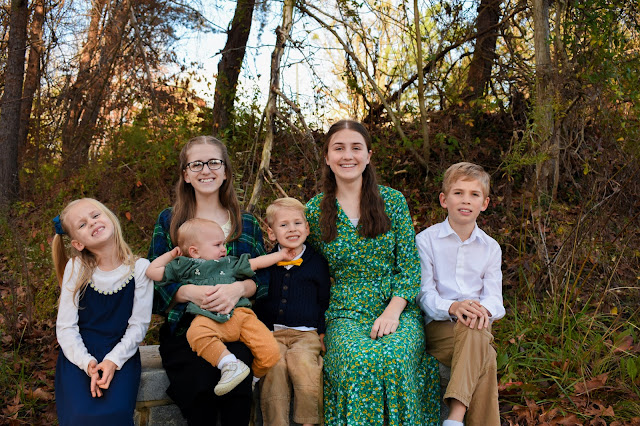 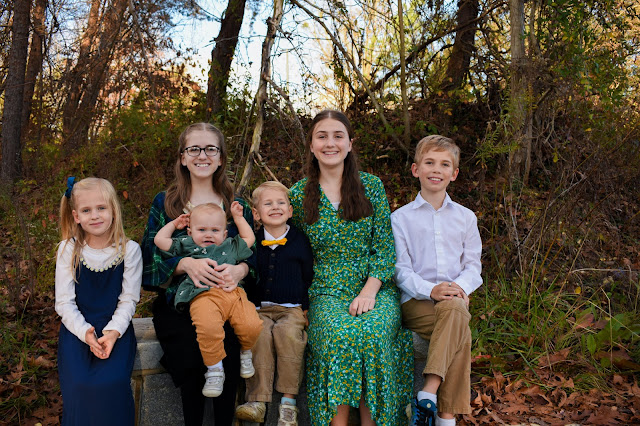 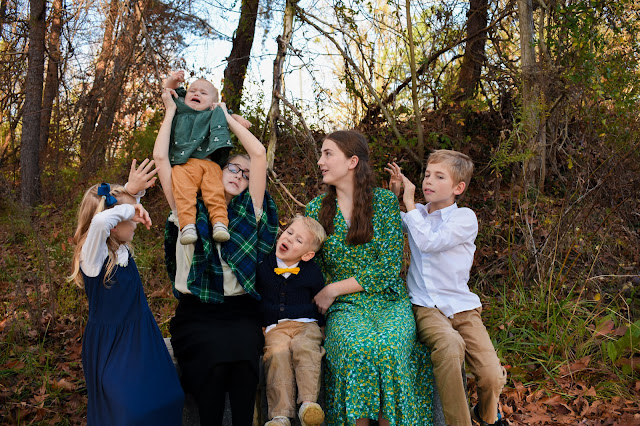 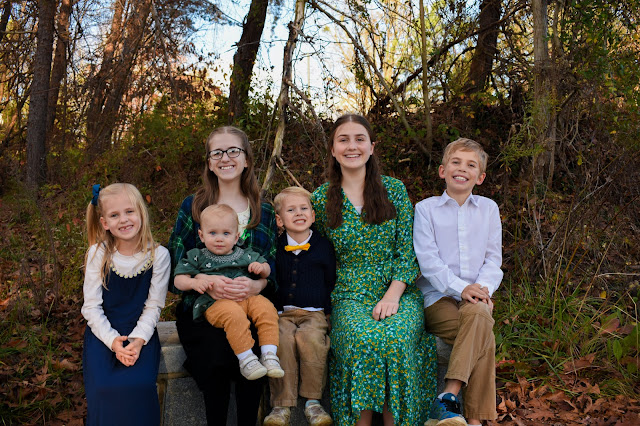 Okay, so this last one may have finally worked. She really did better when we expanded the frame and let her sit on the ground for a couple of minutes (largely because she was convinced she'd won the battle of...whatever battle she was fighting). 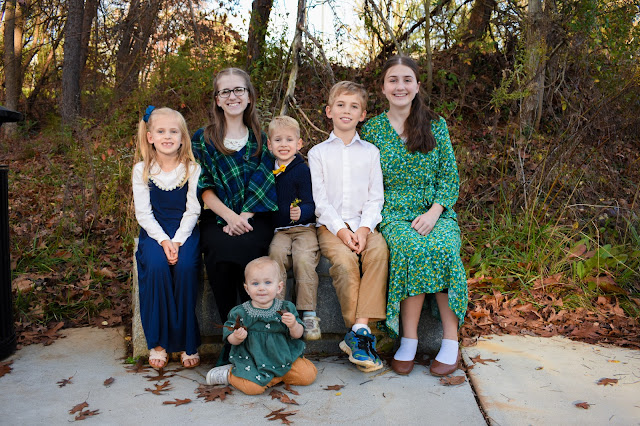 Here she is saying, "Who me? I wasn't throwing a fit! Not sweet little me!" 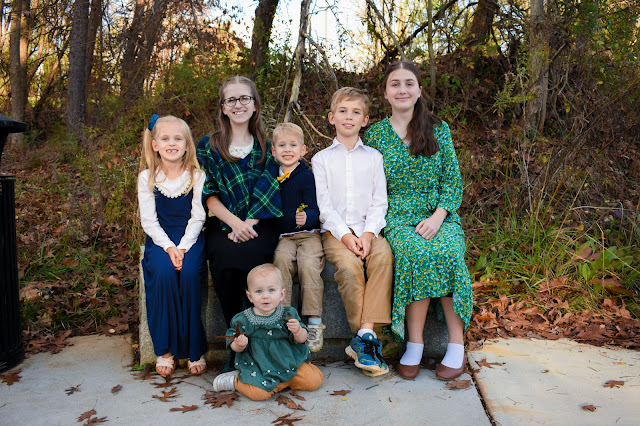 So that's as good as those pictures got.
Here are my three older girls (Miriam, Zoë, and Rachel) sitting on a fence together: 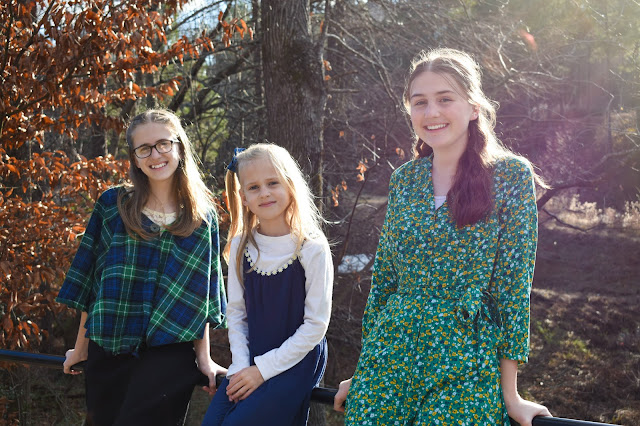 We didn't attempt a picture with the four girls together because...well...one of the girls is Phoebe and...that just wasn't happening.
Here are Benjamin, Zoë, and Alexander climbing on the fence together: 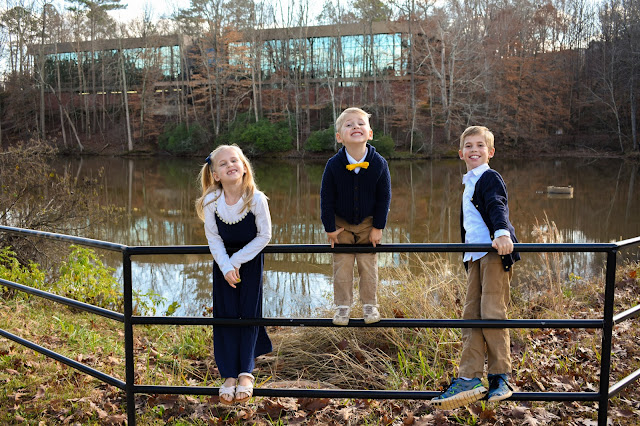 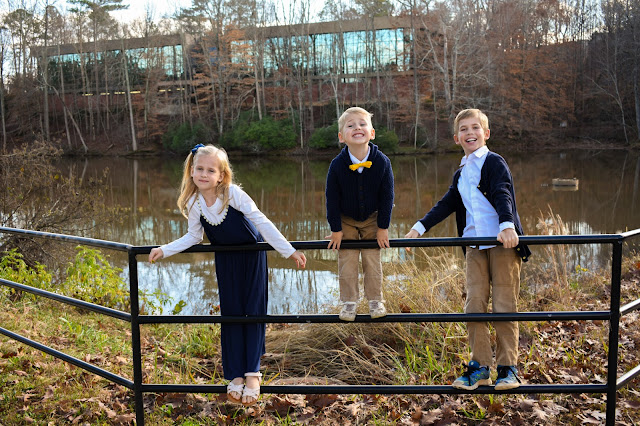 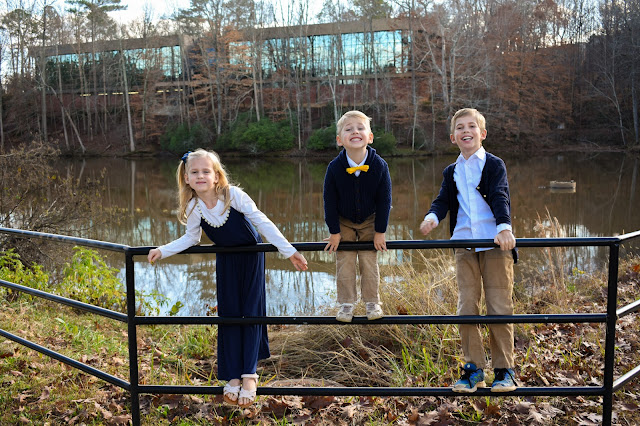 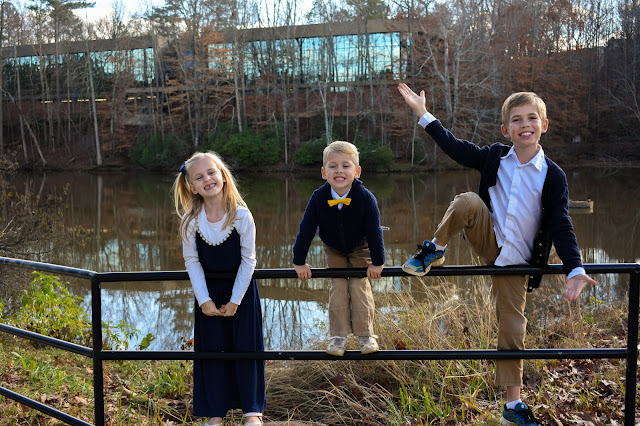 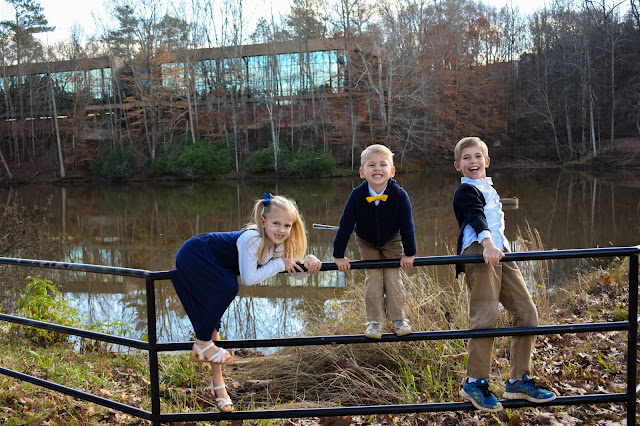 Here are Rachel and Miriam together, this lovely dynamic duo: 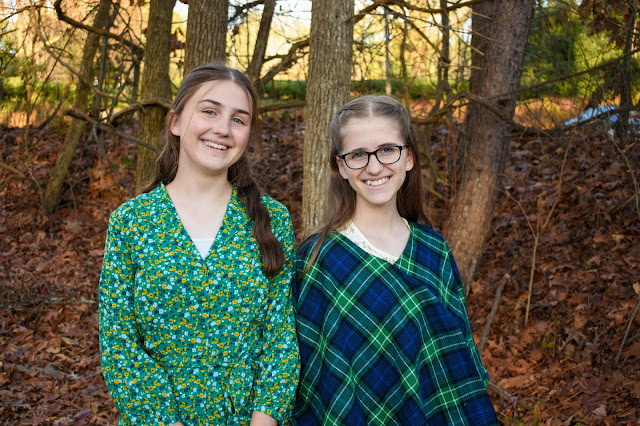 And here's my arm spotting this wiggly, jiggly, giggly Phoebe girl on this wall (Andrew later photoshopped me out of the picture, but I"ll count this as a group picture anyway): 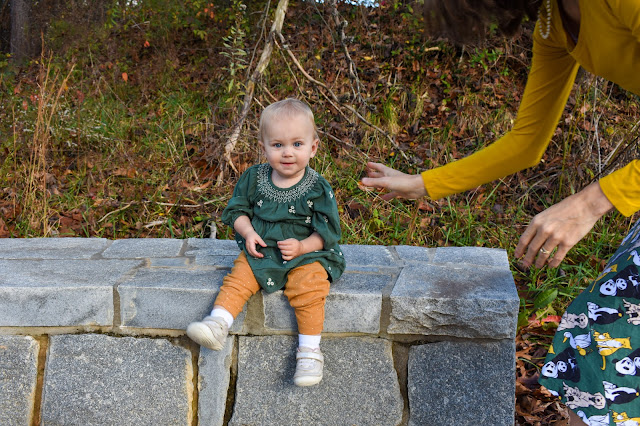 Here are a few of the pictures Rachel took of Andrew and me together: 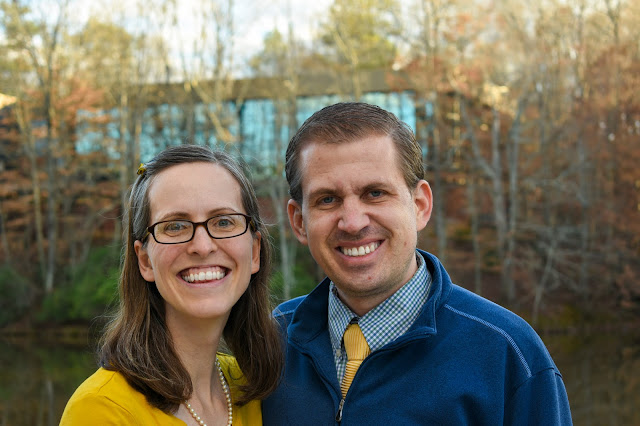 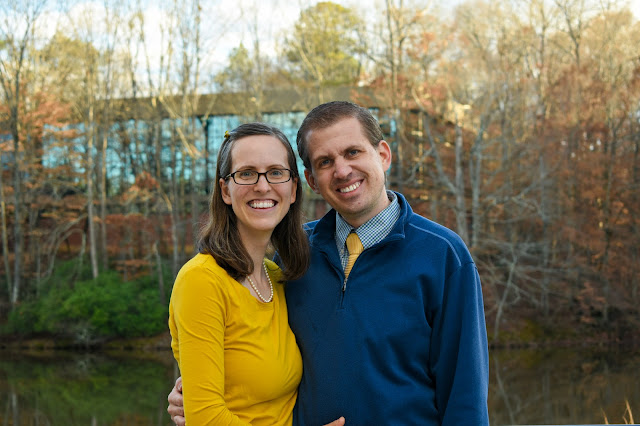 We need to photoshop his jacket in this picture before we print it out or anything, because a ginormous dog came barreling through our set-up (thank goodness it was friendly and leashed, though the leash seemed more to pull the owner along than for the owner to effect any control over that pup) and just about knocked Andrew over, sniffing and snuffling all over his chest. He was covered in dog drool. It was disgusting. And his sweater has wet marks all over it. But that's okay.
(Glad it was him and not me because I would have been crying for sure. Dogs. I tell you.) 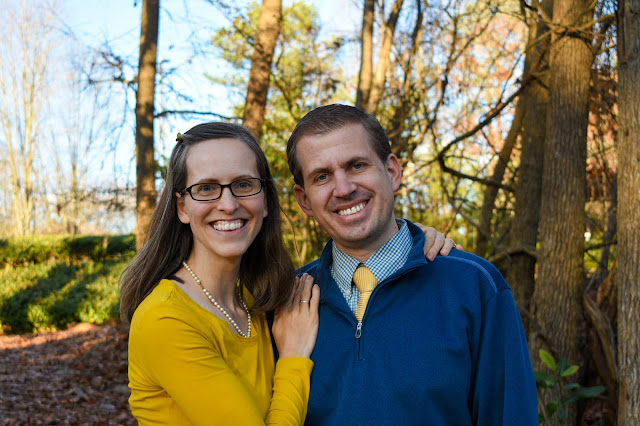 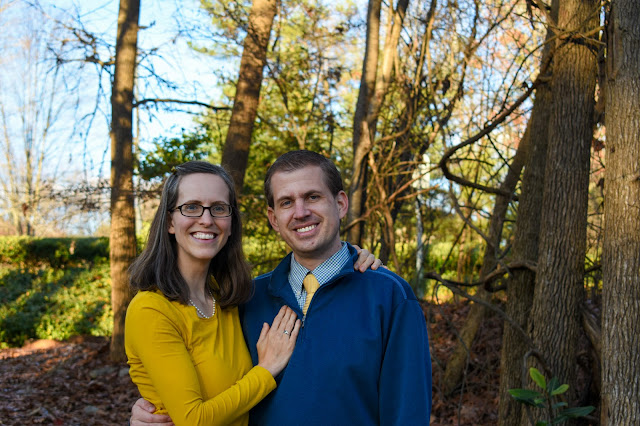 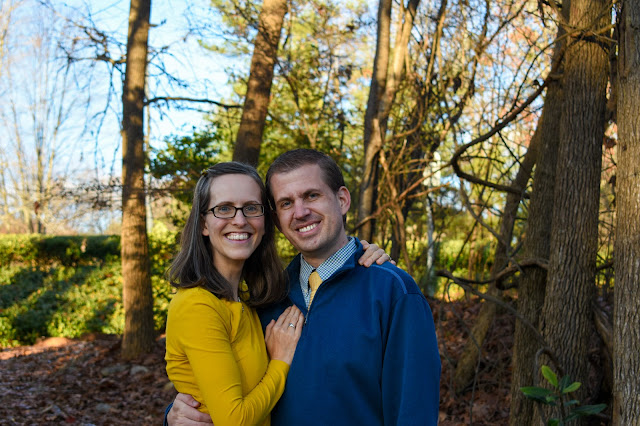 And lastly, here's Andrew sweeping me off my feet, as he's wont to do: 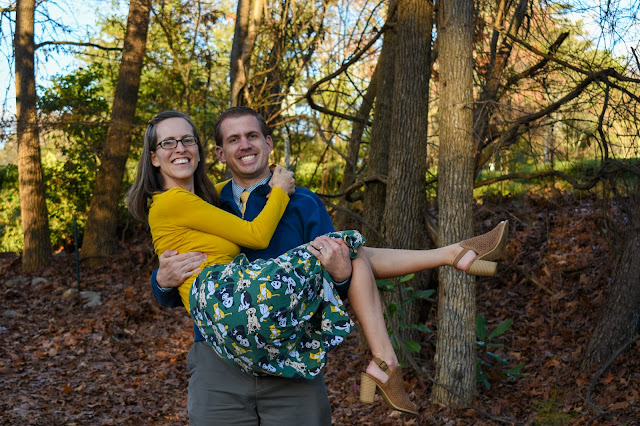