Rachel finally seems to be on somewhat of a schedule now. She’s almost sleeping through the night again and her naps are much more reasonable. I think using the pack’n’play really helped (thanks, Sara!) because she no longer wakes herself up by falling out of bed.

Here’s a picture of Rachel’s last nap before Sara and Kevan delivered the pack’n’play. She looks like she fell asleep praying or something. She’s kneeling on a pillow, on top of a suitcase. That’s a table under the blue towel. 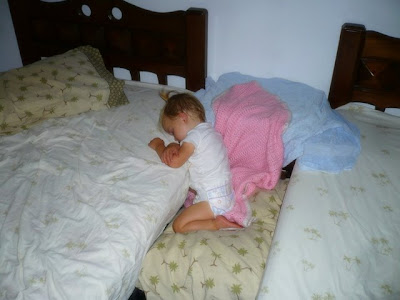 Now she’s much more comfortable. She can toss and turn as much as she wants without having to worry about ending up on the floor, which is great. 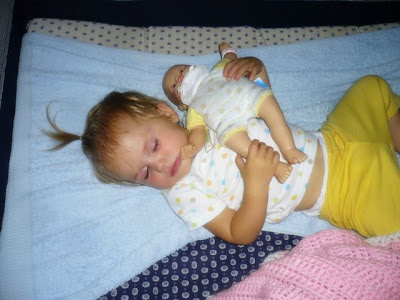 The other night I couldn’t find any clean pyjamas—I’m sure they’re just at the bottom of the suitcase somewhere—so I put her in an oversized t-shirt. Grandpa Layton got it for her in Nevada. It’s size 3T, I think, so she won’t actually be wearing it for a while, but it made a nice nightshirt, or so I thought. 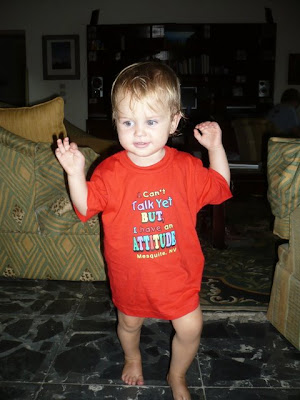 Andrew thinks that it makes her look too grown up. What do you think?
Posted by Nancy at 3:46 AM