We went to visit my family late this afternoon. Since we had all eaten late lunches and since Rachel has been wanting to go to the park for quite some time (we didn't go yesterday, so it's been more than 24 hours; Rachel thinks that's too long) we decided to take her to the playground one more time instead of having dinner.

She couldn't have been happier.

She went down the big twirly slide, first with Grammy, and then by herself. She wasn't too sure if she liked going by herself or not, but we kept sending her down, anyway. Auntie Josie took her down a few times and Grammy a few more times. She seemed to be happiest when she was riding on someone's lap as opposed to flying solo. 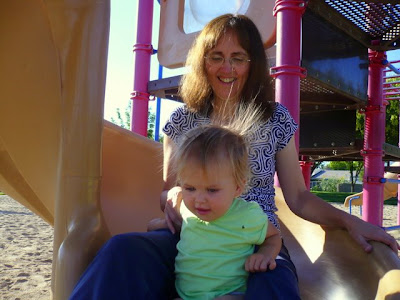 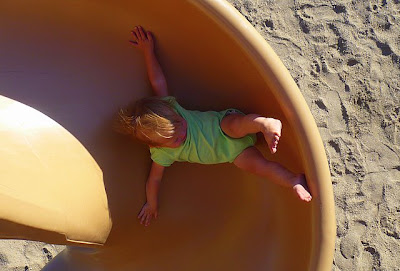 Slow this thing down!
She sat in the sand with Uncle Patrick and they got all dirty together. Rachel put a few handfuls of sand on her head and she got a few in her mouth. I don't know what it is about sand but I just can't keep it out of her mouth! 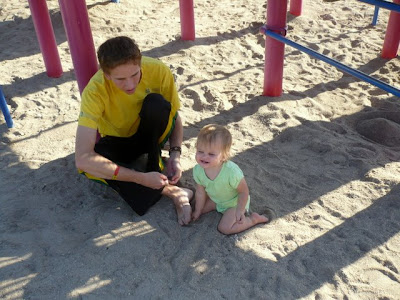 Rachel had a fun time with Daddy, too. 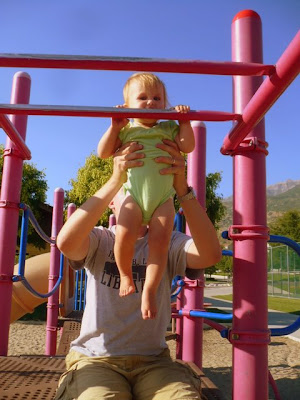 He let her try out the monkey bars and jumped up at her and Auntie Josie, making her giggle with delight!

Uncle David came to the park after we had all been playing, which was rather nice. We were all hot and tired but Rachel was still going strong. I think we were starting to bore her, but then Uncle David came along and tossed her in the air. 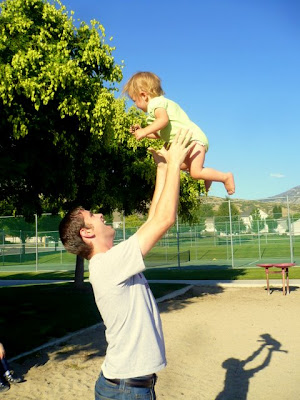 I hope Rachel enjoyed herself. That will be her last playground adventure in quite a while.
Posted by Nancy at 1:54 AM