We’ve been staying with the McCallisters these past few days. Dave is the branch president and is going into his fifth year in Cairo, I believe, so he’s been a wonderful resource of information! It’s been so nice to have a place to call home base while we’ve been busy finding an apartment; much better than living in a hotel or being, essentially, homeless, as we were in Jordan.

And now for the grand tour! (Sorry the pictures aren’t the greatest—perhaps we’ll get some better ones up soon—the lighting was bad).

The apartment clusters all of its rooms together, so when you walk in the door, there’s a cluster of gathering areas: a dining room, two “reception” areas, and a mini-bar. We’re planning on moving the furniture in the mini-bar area, if we’re allowed, to make it look a little less bar-like. The one air conditioner for this room cluster is in the bar, so we’ll probably make that a hangout for Rachel and me. 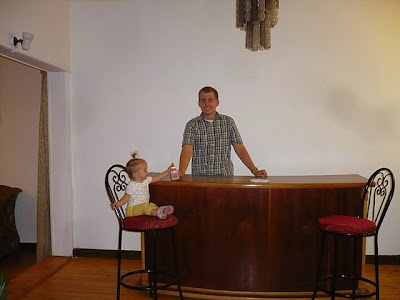 Rachel ordering some water
The carpet under the dining room table is nailed to the floor, so we’ll be putting down some plastic under Rachel’s chair (she’s such a messy eater). Luckily, we just bought some pillows and they put them in a big ol’ plastic bag. That should work perfectly. 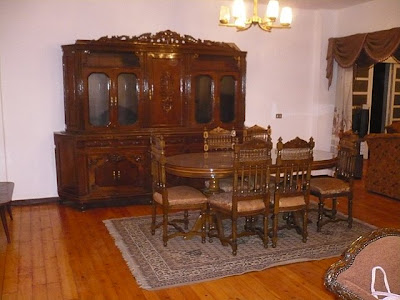 Dining room
There isn’t much to say about the other two rooms except that we aren’t afraid to sit on the couches, as we were in Jordan. They’re actually clean and smell alright. When we moved into our apartment in Jordan we sprayed Lysol all over the couch, and even then would only sit on one couch cushion for a number of weeks. Man, that apartment was so dirty! This one is much, much better! 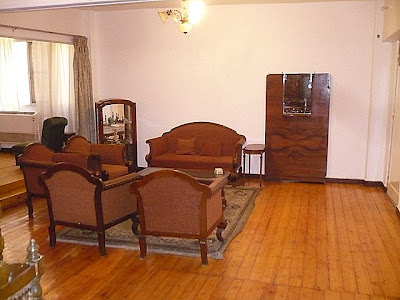 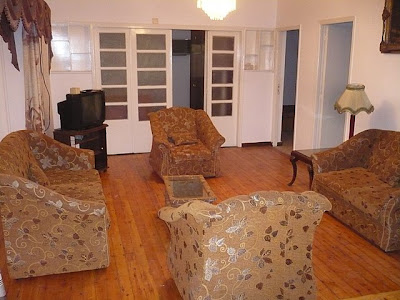 Next is a cluster of bedrooms, all of which open up onto a shared balcony. The bedrooms all seem to be about the same size and they all have a double bed and a wardrobe in them. Andrew and I took the bedroom with the wardrobe, dressers, vanity and nightstands. Rachel is in the room next to ours. The last room will probably just hold our empty suitcases for now, but we’ll use it (and Rachel’s room, if necessary) for company. I hear rumors that David (my brother) will be out in January…I sure hope so! 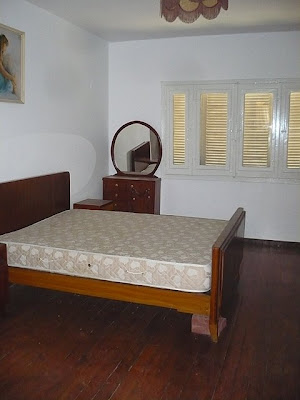 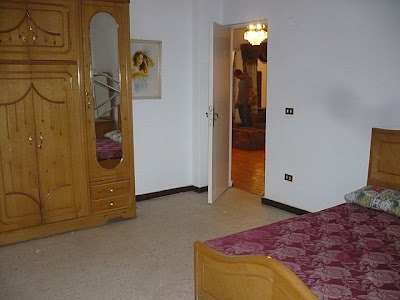 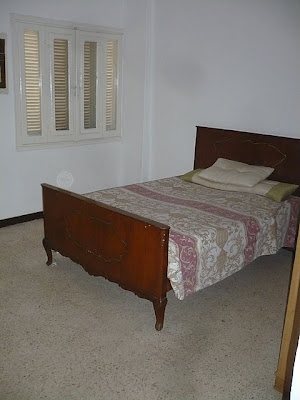 The kitchen and bathrooms are located in the last cluster of rooms. Both the floors and walls are tiled and there’s a little lip separating that area of the house from the rest, so I have a feeling that to clean it I just spray it down and squeegee it off. I’ve always wanted to do that, so I’m kind of looking forward to doing it. Kind of.

I don’t know why anyone would need two bathrooms right beside each other in a house, but that’s what we have. There’s a full bath with a tub, toilet, and sink, and then beside that there’s a half bath with a toilet, sink, and a shower head on the wall. I suppose you could shower in there if you wanted to, but we don’t plan on it. 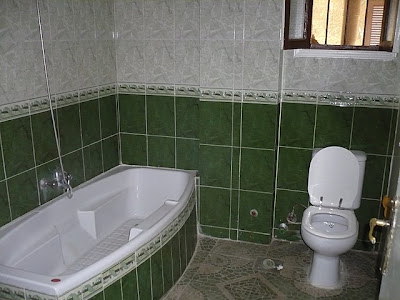 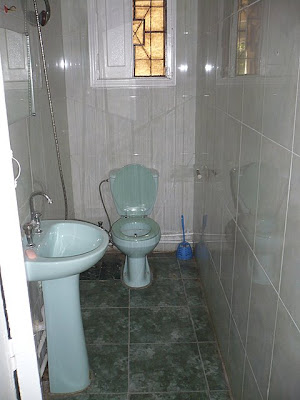 The kitchen is, as I said, connected with the bathrooms, which I think is interesting, to say the least. It’s pretty clean, though. Just a little bit scary. There’s a water heater in there, a fridge, a stove with an oven, and a washing machine. 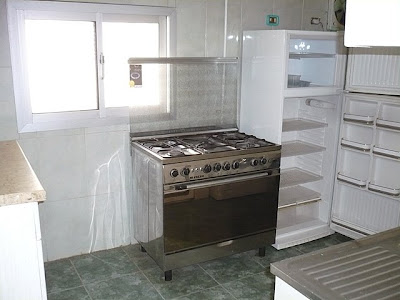 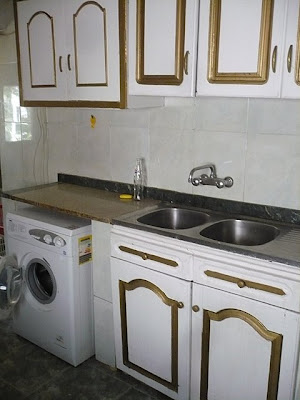 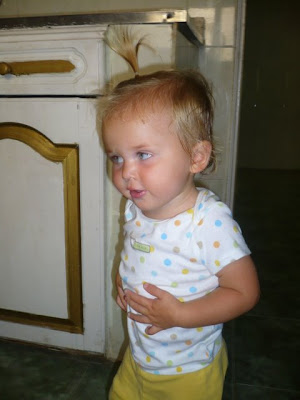 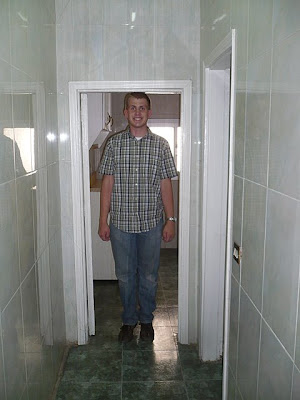 The kitchen is for short people only
So, that’s our place. We live just two buildings down from the Cannons, who are in our branch as well, and about 4 streets down from the McCallisters, the branch president. It’s a pretty central location—we’re 5 or 10 minutes away from the church and 10 or 15 minutes from Road 9 (where the Metro station and shopping district are).

We move in tomorrow. That means we probably won’t have internet for a while, but I’ll see what we can do to keep in touch. We’re excited to be in our own place, though.
Posted by Nancy at 4:15 PM

Email ThisBlogThis!Share to TwitterShare to FacebookShare to Pinterest
Labels: Cairo