A couple of firsts

When I hopped into the shower this afternoon (after Rachel was home from school...yup), the girls were playing "tea party" together at Miriam's request. I don't know how much water they spilled but I'm guessing it was at least two soggy-towels' worth. Miriam's always been the quintessential kid of our family—hitting her milestones exactly on time, sleeping like a normal baby, and behaving 100% like a princess. Ballet, tea parties, baby dolls, and make-up are all she needs in life.

Fortunately, she has her more rambunctious older sister to help even things out. By the time I was out of the shower, the tea party had ended and Rachel had started up a little game called "playing bugs." Rachel dressed up as a butterfly and was zooming around the house "tasting things with [her] feet!" Miriam had a bumble bee hat on and was twirling around the house with scarves trailing behind her (it was nectar, I am told). 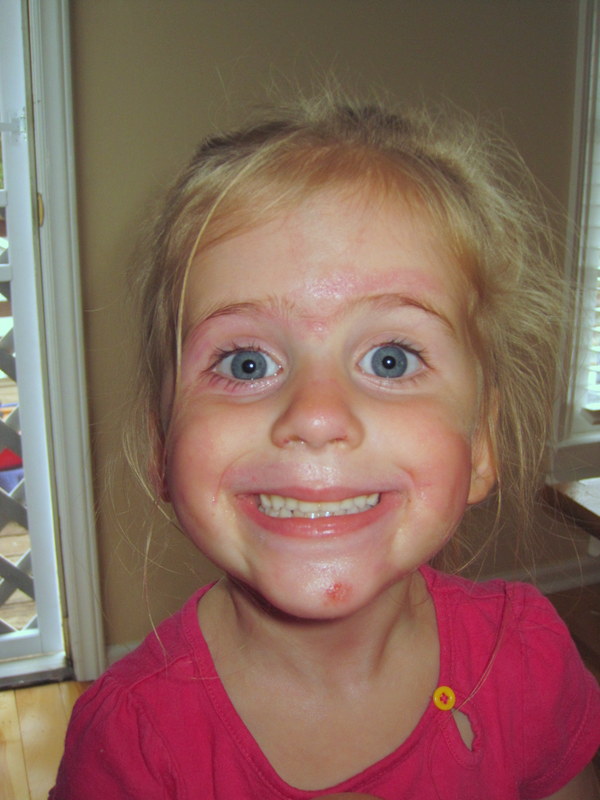 She'd gotten into my "make-up" which, thankfully, consists mostly of chap stick (because that's make-up, right?) and smeared some strawberry stuff all over her face. She looked gorgeous (which is a fancy word for beautiful).

That was the first first of today: Miriam playing with "make-up" on her own.

She's a pretty common visitor to the top drawer in the master bath, which is where we keep the chap stick, but she's usually been pretty good about putting it only on her lips. She must've gotten a little carried away today.

When I said we had to go outside to get the laundry (which Andrew surprised me by putting out on the line while Benjamin and I were having an epic nap this morning) the girls decided they wanted to help. Rachel put Benjamin in the laundry basket and started pushing him to the door. Miriam came over and dropped baby Zach into the basket with him (which is why his eyes are closed in this picture—sometimes closing his eyes and wishing his sisters would just go away is his only defense).

I had the brilliant idea to let him stay in the laundry basket while I took the diapers off the line. That way he wouldn't get any handfuls of weeds to choke on while I wasn't looking. It was a flawless plan...

...but then he decided that today would be a good day to pull himself into standing position for the first time ever. 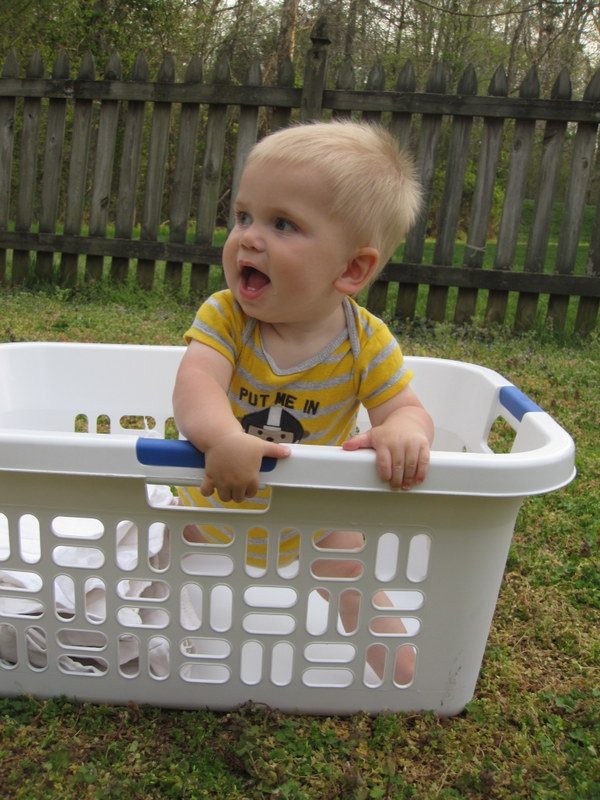 He was stuck for a while in a straddle and wasn't quite sure what to do, but was rather proud of himself nonetheless. 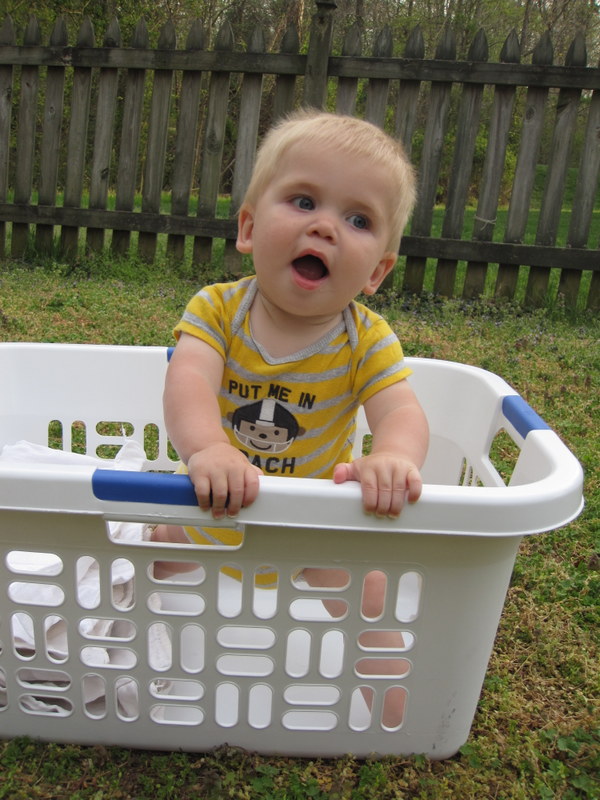 Eventually he managed to get into a better position but that only lasted for a few minutes before he managed to tip the entire basket over. He was only upset until he realized—once again—that his fall had brought him closer to his goal (contraband ground cover). 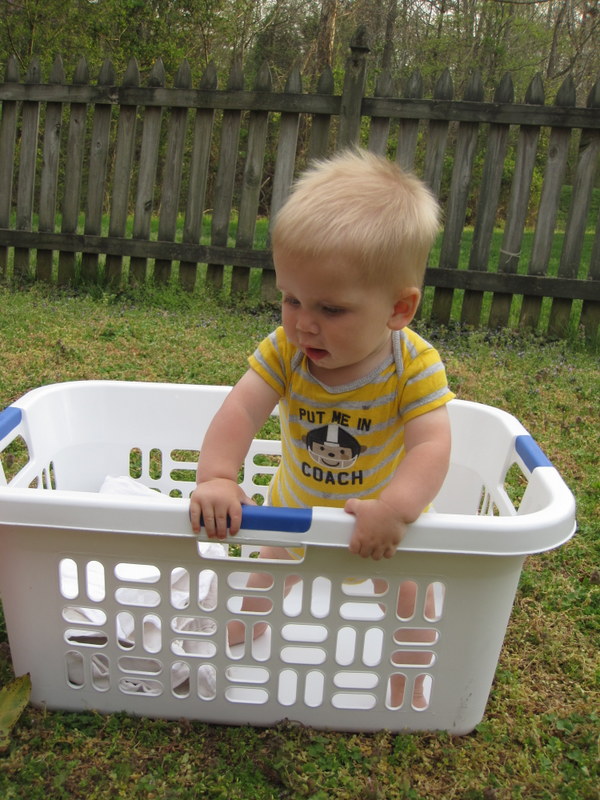 I got a pretty good video of him squirming his way around the house this evening, which I'll post eventually if the internet ever picks up speed. It's going pretty slowly tonight...
Posted by Nancy at 9:43 PM