I am just on a roll with my creative post titles, aren't I? Anyway...

We took all the nephews home with us after the wedding (Rosie had prom to attend and the twins went to their dad's house otherwise we might have had all the nieces as well) and played around and ate leftover wedding cake all afternoon and evening.

Stephen, Matthew, and Andrew walked up to the park to play basketball while David, Benjamin and I headed for the swings because Benjamin loves swinging (almost as much as he enjoys bouncing). 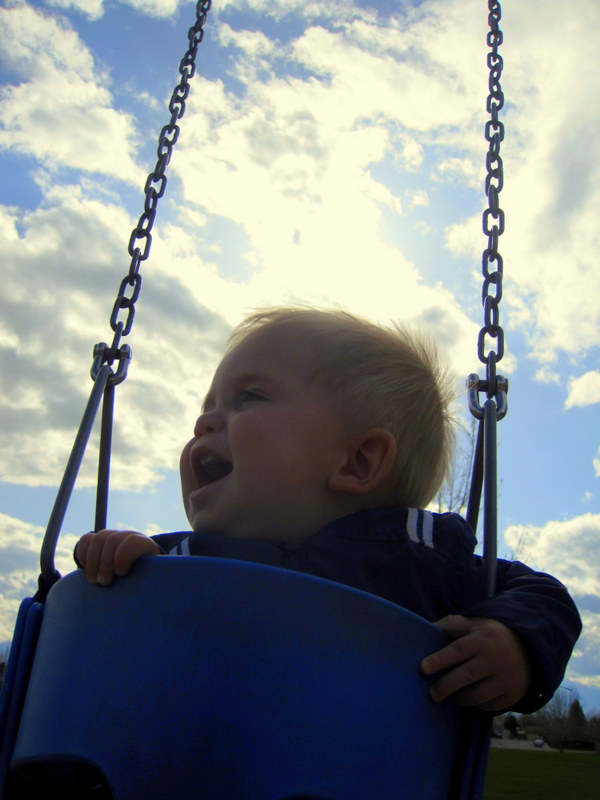 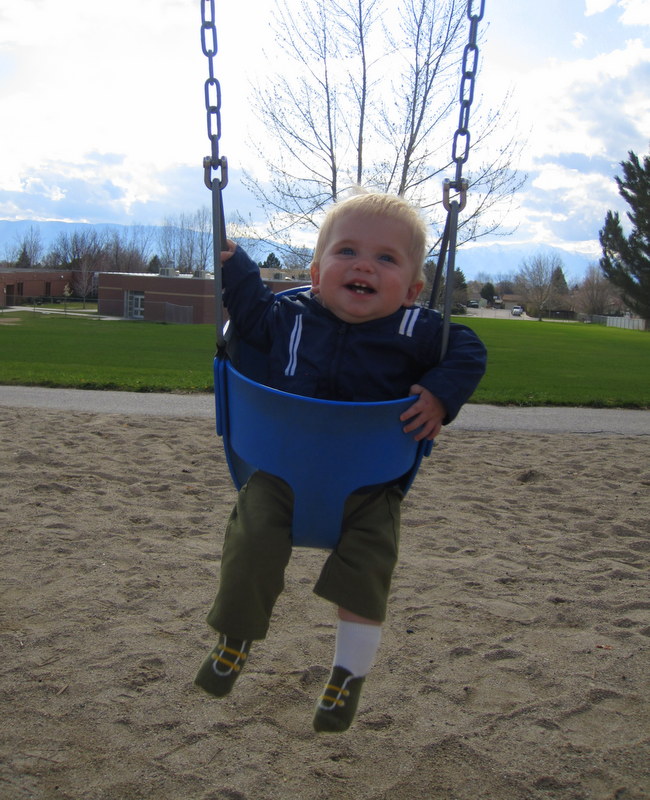 Soon Andrew quit basketball to come play with Benjamin. I wasn't kidding when I said he was a baby charmer. 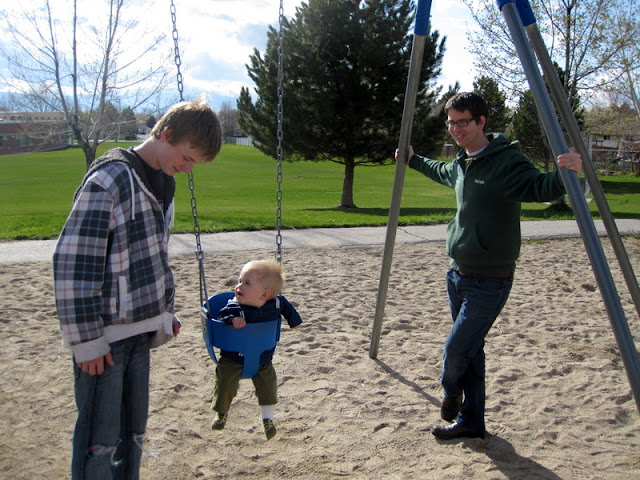 He and Uncle David spent some time convincing Benjamin to try to walk but Benjamin wasn't incredibly interested in that. He seems to think that as long as there's someone around to pick him up he shouldn't bother trying to get anywhere on his own. 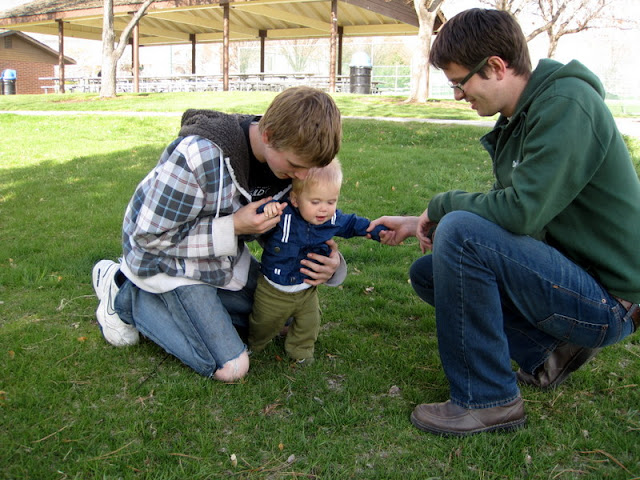 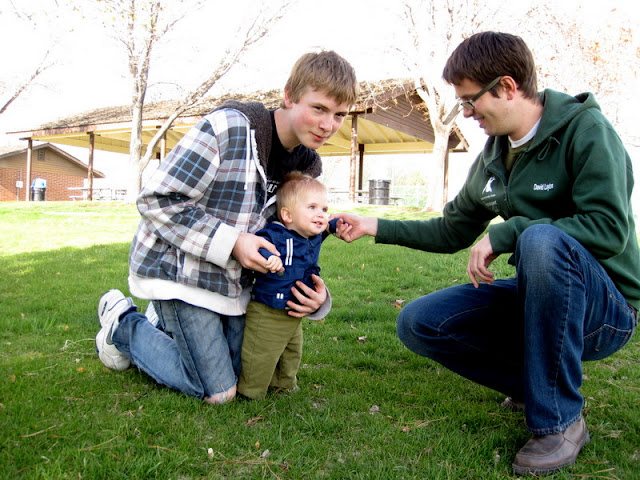 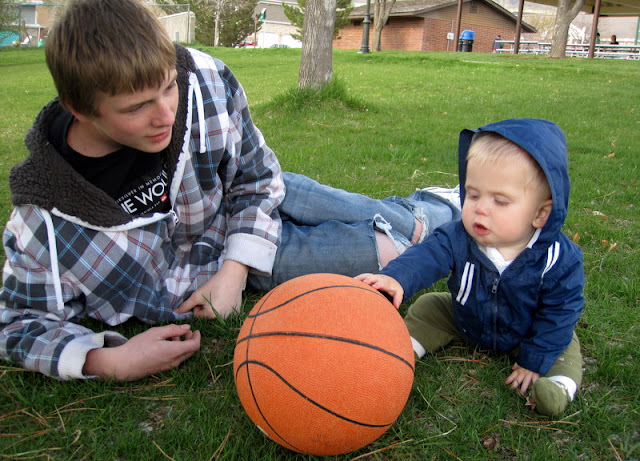 The boys came home to play with Lego, which meant that Benjamin was banned from the area. They had a whole little game going on where they were bartering pieces and building little forts and things. I didn't really understand why they were trading pieces with each other when there was a whole pile of Lego in the middle, nor do I understand how they were able to engineer such complicated structures at all because my Lego buildings typically end up being rather boxy. 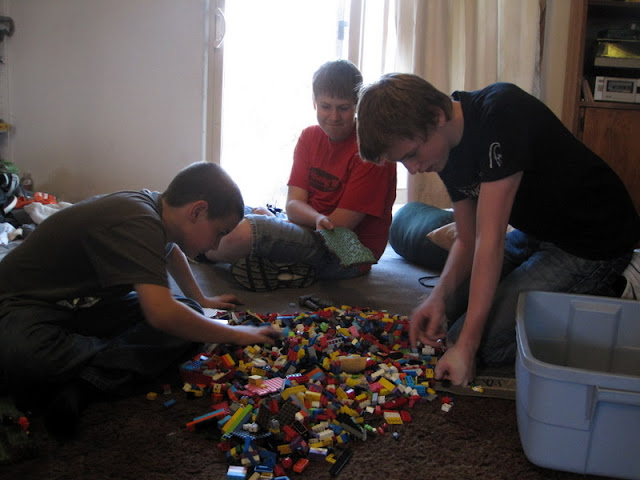 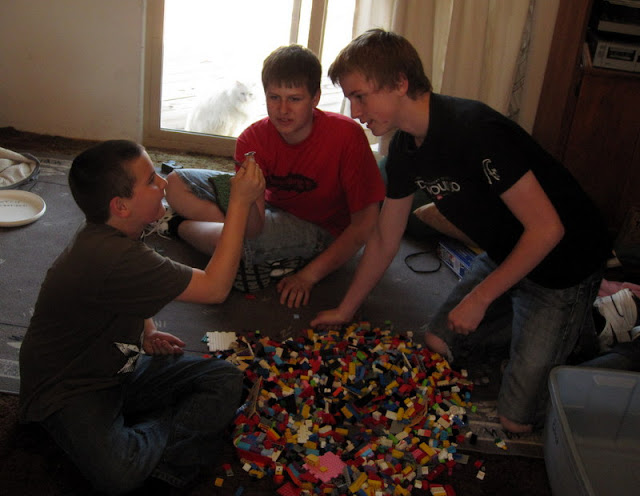 I thought the lid to the Lego box was funny: 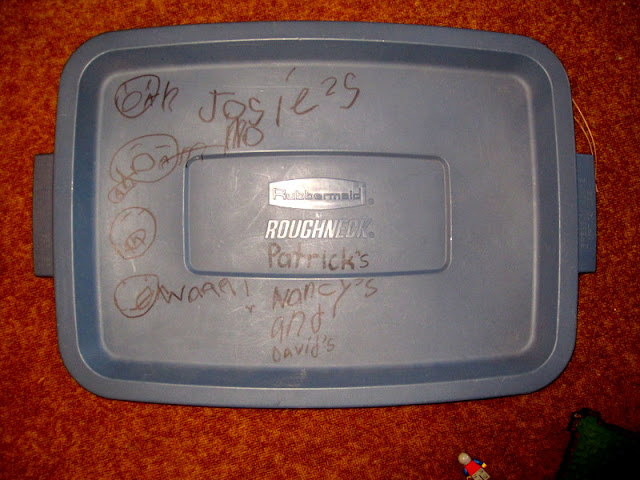 It originally said Patrick. I'm not sure who wrote that. Later someone added a saxon genative on the end there to denote that the tub was definitely Patrick's. Someone else wrote "Nancy's and David's" and also "Josie's" but at the top. Then the faces running down the side, the top three screaming "Ah!" and the bottom one yelling, "Warr!"

Josie said she thinks she wrote all the other stuff, including mine and David's names. The esses all seem to match and I certainly don't remember doing it...

Here's Benjamin waving to me. He's a champion waver now. He loves the power it gives him because with one tiny flick of his wrist he can make an entire roomful of people raise their arms to salute him. He's been doing it all weekend. 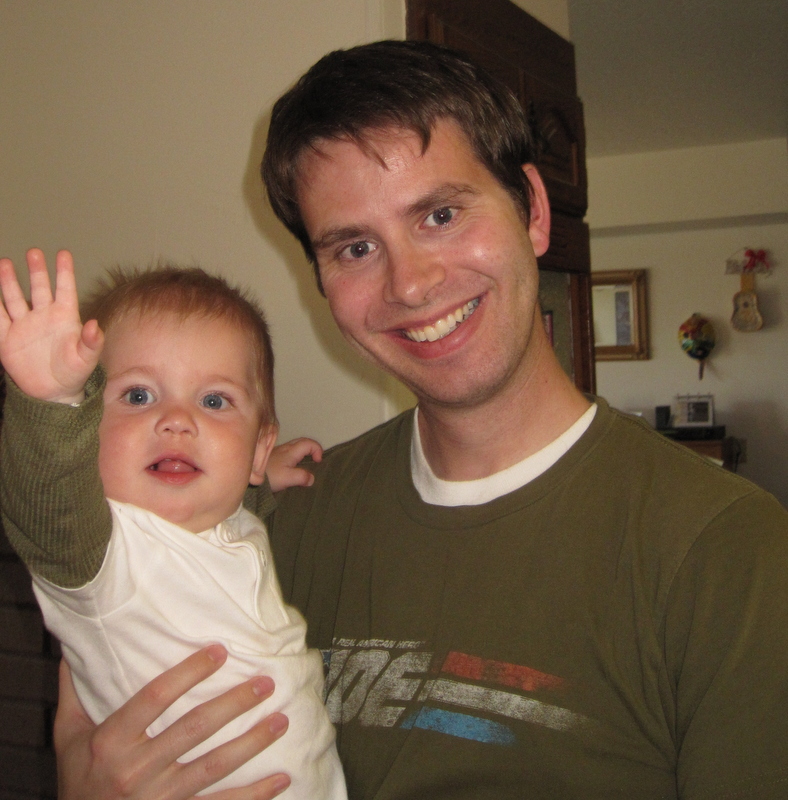 That evening we went over to see Uncle Clark and Aunt Lynnea, who were staying at Reid and Karen's place while they visited some grandchildren out here. They brought Leah along with them--one of their granddaughters from Colorado. It was fun to see them! 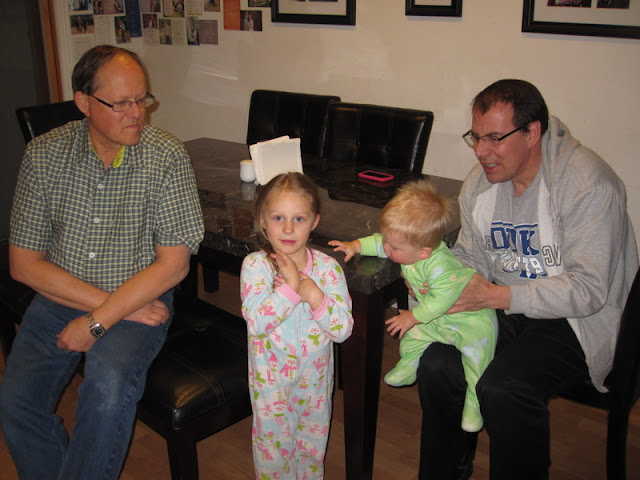 Lynnea had both her boys about as early as Benjamin so we talked about about our experiences in the NICU with our boys. Her boys are strapping young men now--you'd hardly guess they were ever tiny little babies struggling for their life.

Benjamin finally conked out while I was over there so we just spent the night (I think there was a little less energy at the Heiss's so he was able to settle down). 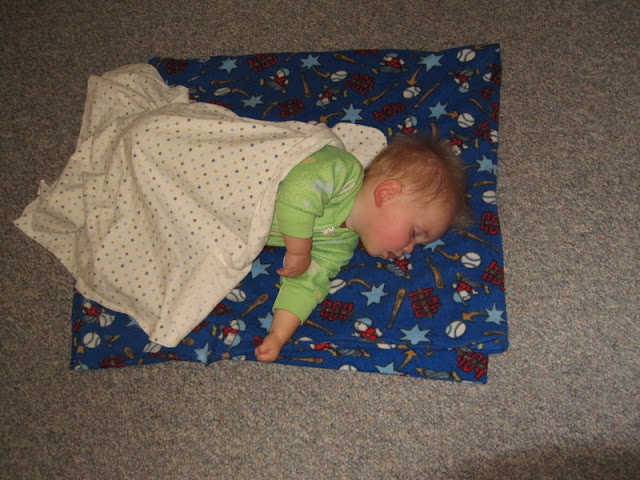 It was kind of funny because Matthew and Andrew had asked if they could spend the night at my parents' house but my mom said she was afraid she was all out of beds with me and Benjamin and David and Josie and Stephen all spending the night (in addition to Rosie and Patrick who ordinarily are the only two at home). The house was a little packed. But then I ended up spending the night at the Heiss's and Josie's roommates ended up picking her up to go do something so she spent the night at her apartment so the boys totally could have slept over. But it worked out fine with them going home on Saturday night, too.
Posted by Nancy at 5:38 PM