Benjamin surprised me on Friday morning by reaching out for Naanii. She took him and held him and he snuggled with her and everybody was very happy. He didn't even reach back for me once he'd realized he'd chosen to go to someone else (because quite often he'll chose to go to someone and then act like he made a huge mistake and do his best to get back into my arms). 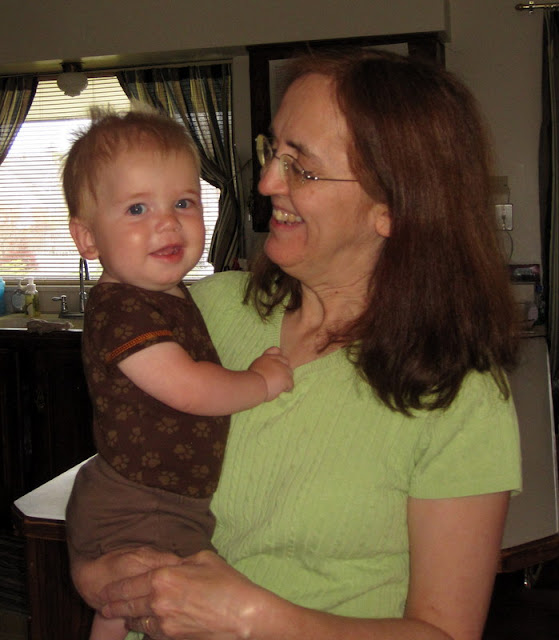 Naanii had to leave for work, which meant Benjamin and I were on our own for a couple of hours. He decided to surprise me again and took a morning nap! I didn't expect him to sleep for very long because he doesn't usually sleep very long unless I'm sleeping with him so I put him down on the floor. 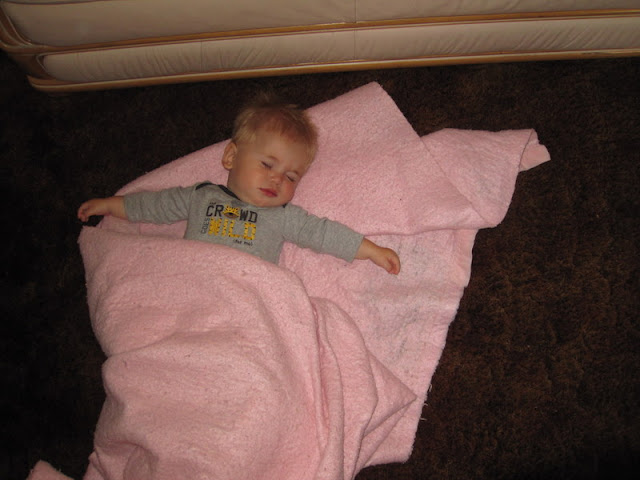 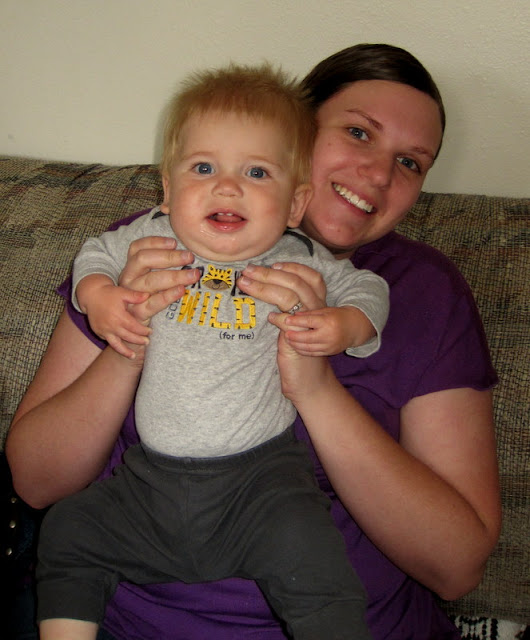 Auntie Sarah came by soon after to pick us up to go out to lunch at Costa Vida. We don't have Costa Vida out in North Carolina and I kind of love that place. 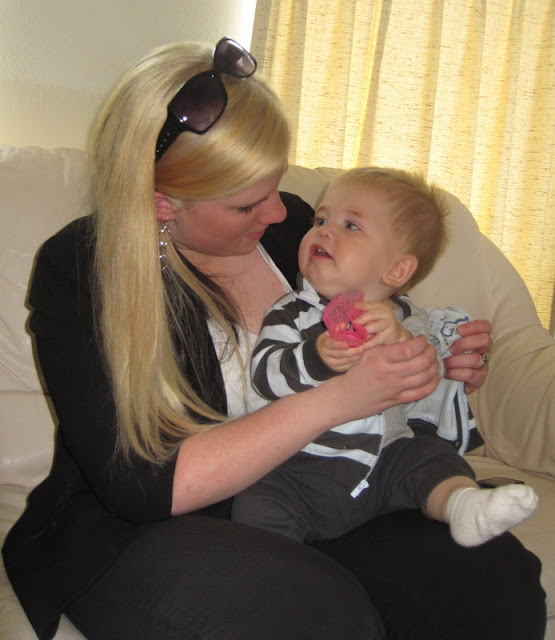 All the Heiss girls came to lunch (as well as Benjamin and Kayl). It was fun to visit with them all! 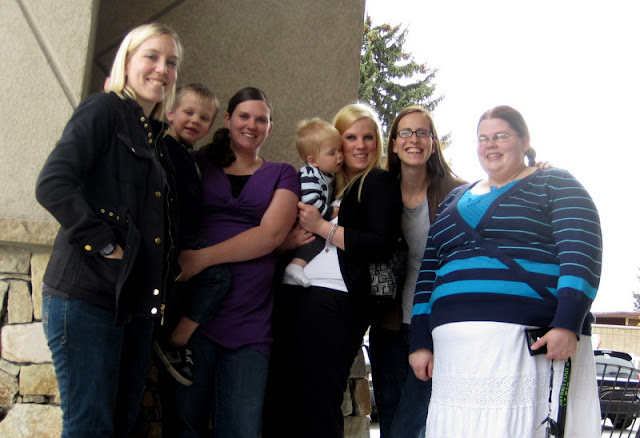 Benjamin and I came home and took a much-needed nap before we set off to walk up to have dinner with all the Heisses. Everybody was very excited to see Benjamin again (and I think a few might have even been excited to see me). This poor little baby was bounced around from person to person all night long. I was surprised he did so well; although he got a little fussy toward the end of the evening I think he has more or less resigned himself to this new life of complete strangers taking him away from me all the time.

So without further ado, here's the Benjaboy meeting everybody...


Grandma Sharon and Grandpa Frank were at Tahoe on vacation and they drove nonstop to see us on Friday!


I think Nicki's been dying to see this little guy, so I'm glad she came! She also commissioned cute little dolls for the girls (but only one was finished so she'll be mailing the other one (so I think I'll probably hold on to the one I have until the second one gets to us)).

Dave surprised us all by playing the piano. We didn't know that he could! Grandma Pat and Dave don't have a piano so he likes to practice when he can. I guess the piano was calling to him on Friday. Apparently he can also play the guitar--a man of many talents!

Grandpa took a picture of all the younger two generations toward the end of the night and I forgot to take off my flash cover so the picture's a little dark...but here we are together. 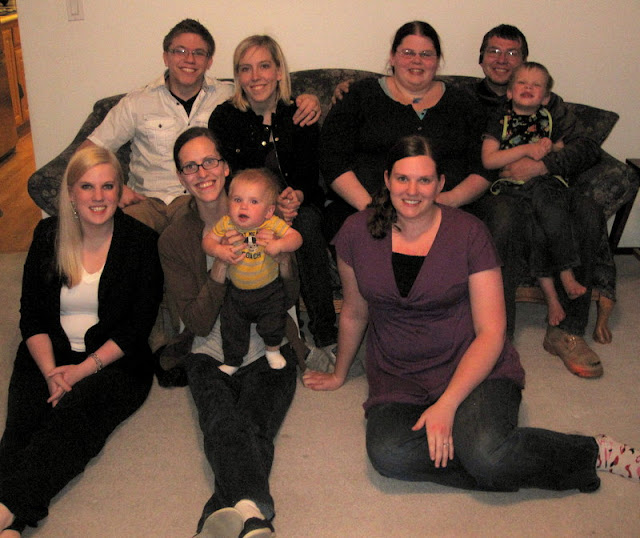 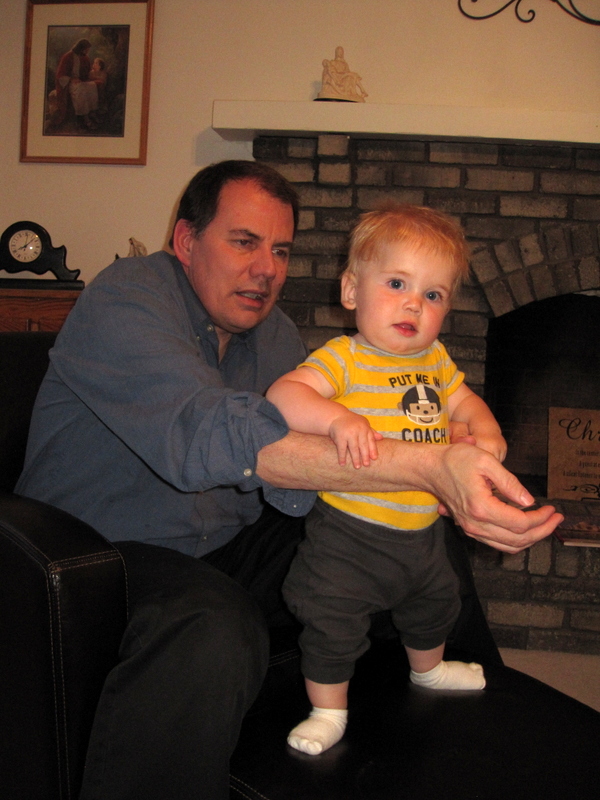 And with both of his grandsons...

Benjamin's pulling some really weird stuff with his eyes there. He gets that from Andrew. I don't know how they both manage to look that way in photos (like a lot) because I never really notice them doing it in person.

As our numbers continued to dwindle, Benjamin's demeanor continued to improve. His aunts and uncles had fun keeping him entertained until late in the evening. 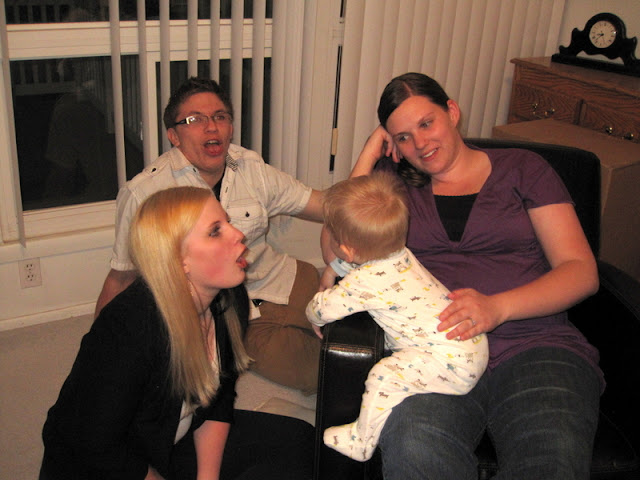 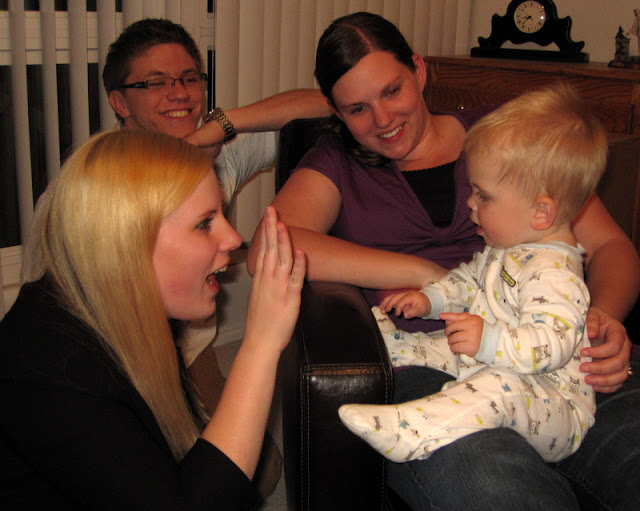 Uncle Cory even managed to stop by after he got out of classes. He's been hard at work in the police academy and will graduate in less than a month. Sarah and Cory are both excited for him to be finished with long hours of classes...so that he can begin long hours of working. 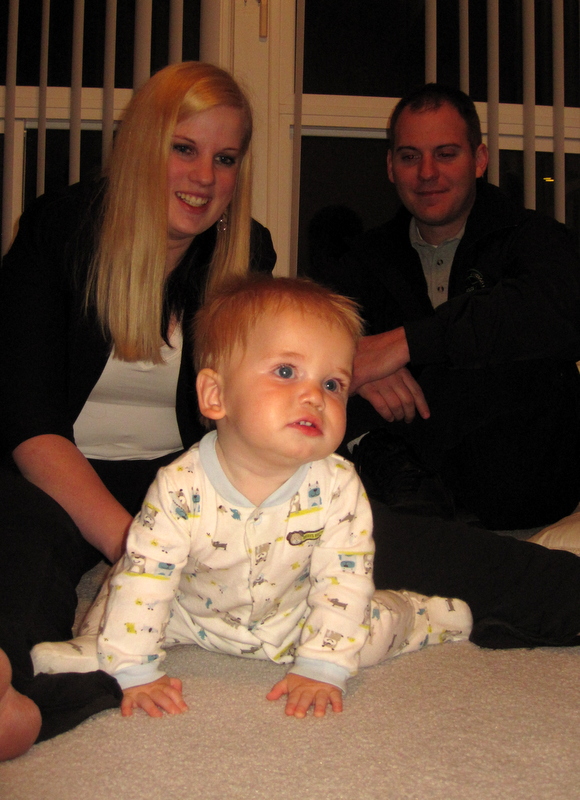 Sarah dropped us off at my parents' house at the end of the evening and who was waiting to greet us but yet more new relatives! Benjamin seemed happy to meet Uncle David, even though it was a late and he'd already spent his evening tolerating being surrounded by a dozen other new people. 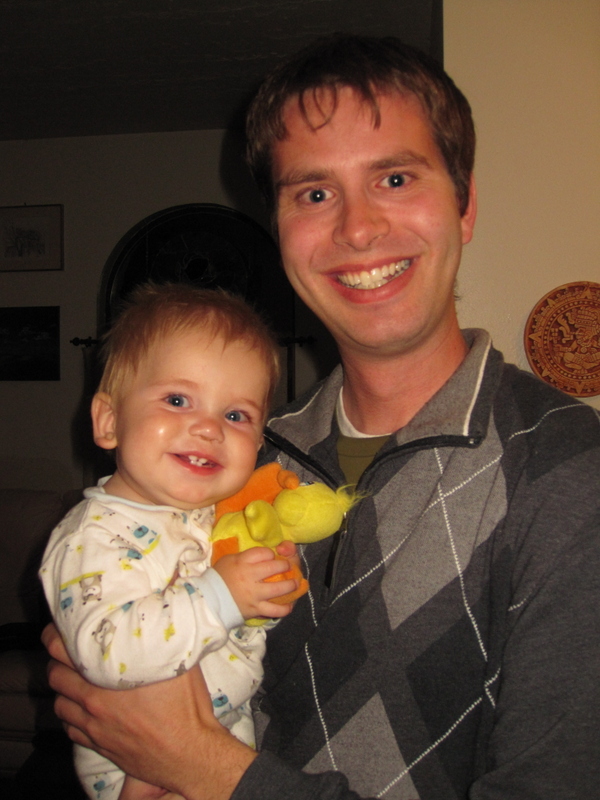 It's true that Benjamin looks like Andrew, but I think he looks a little bit like David, too. There's this one baby picture of David floating around somewhere that came to mind when Benjamin flashed that cheesy grin of his.
Posted by Nancy at 4:27 PM