This week's been a busy one. We've been getting ready for Grandma to come visit, which has meant getting caught up on laundry: 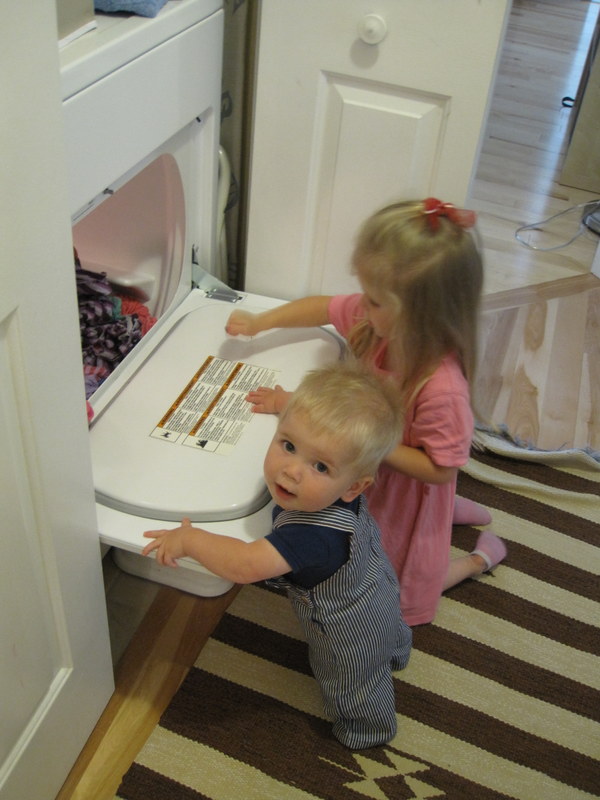 And vacuuming the little bit of carpet that we have. I put Benjamin in his crib to keep him out from underfoot while I vacuumed his floor. He's not afraid of the vacuum but Miriam is and was horrified that I'd left her alone so I plopped her in the crib with Benjamin. She loved it. He didn't seem to mind it. 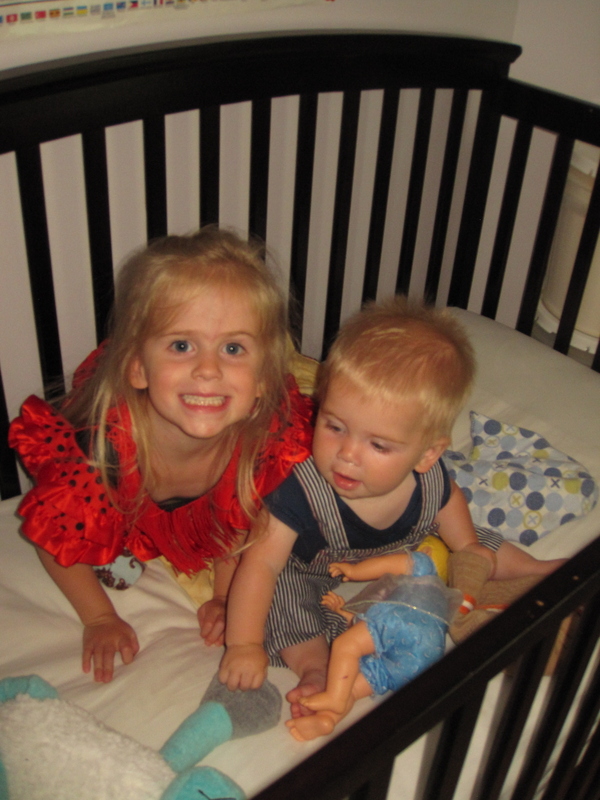 Aren't his overalls adorable? I love them. 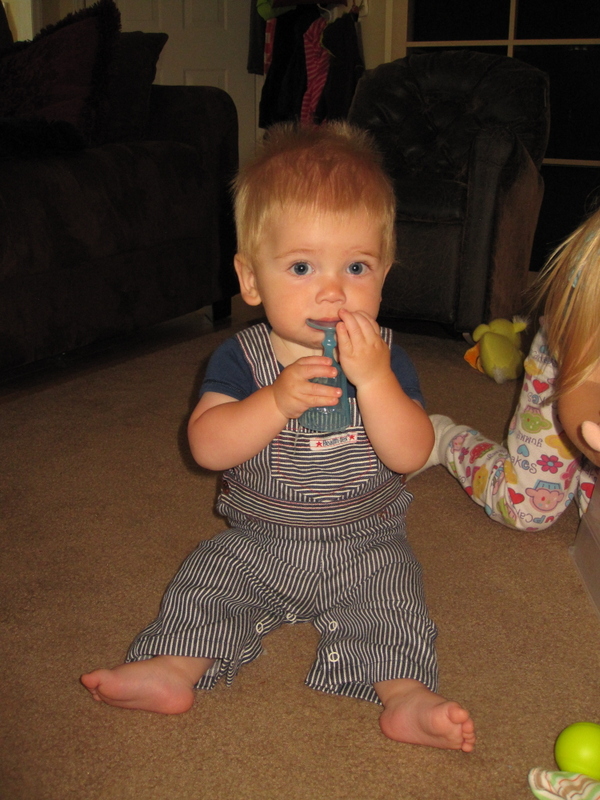 And I love him. 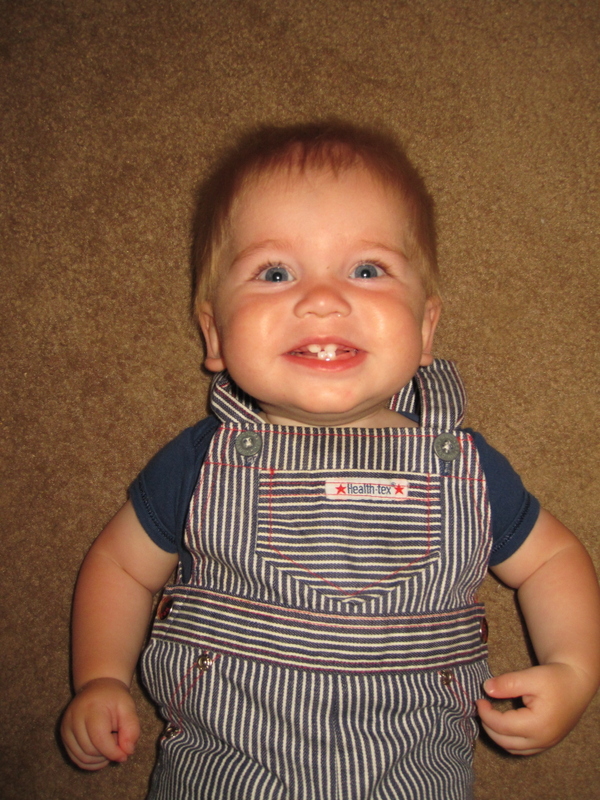 Grandma arrived today and we're so happy she's here! Yesterday was a bit of a lousy day with a lot of bad news to worry about. The Boston Marathon bombing (thankfully no one we knew was injured, though unthankfully nearly 200 people we didn't know were (not to mention the casualties)), a missing girl in Utah county, and the death of Andrew's Aunt Susan.

Her husband was in the hospital getting hip replacement surgery, leaving her home alone. She decided she felt unwell and went to the Mayo Clinic where she sees a heart doctor is (she has a complicated medical history). There she had a massive heart attack and died. Despite Aunt Susan's medical history, her death still came as a shock. Funeral arrangements are still being decided, though it looks like they'll be put off as long as possible since Uncle Morris is trying to recover from surgery.

Needless to say, Grandma's been having a rough time, but she still came out to take care of us! And I shouldn't have worried about cleaning the house because the first thing we did was mess it all up again! 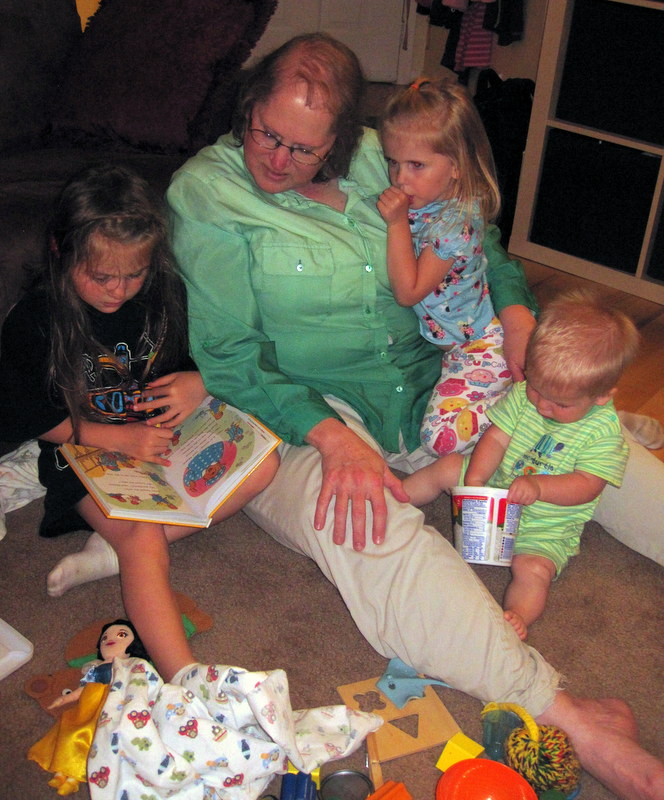 Benjamin was rather curious about her (why is that woman from Skype in my house?!) and was happy to have a new lap to bounce on. I think it helped for him to watch how excited the girls got to see her; he knew without a doubt that this was someone to love. 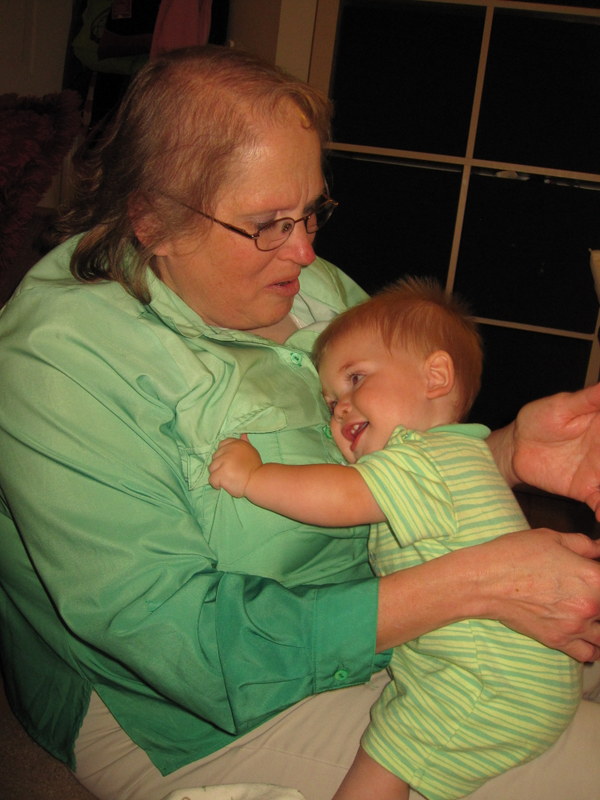 Benjamin and I are flying out to Utah for my sister's wedding. If how tonight is going is any indication of how the flight's going to be I might cry. But it's a middle-of-the-day flight so I'm hoping he behaves...