Wednesday afternoon my mom and I went to pick up Rosie from school—she's taking driver's education and has range after school—and to visit Josie at work—she's been working from 5–midnight every day this week—so that I could say goodbye.

Benjamin got acquainted with the driver's seat while we waited for Rosie. 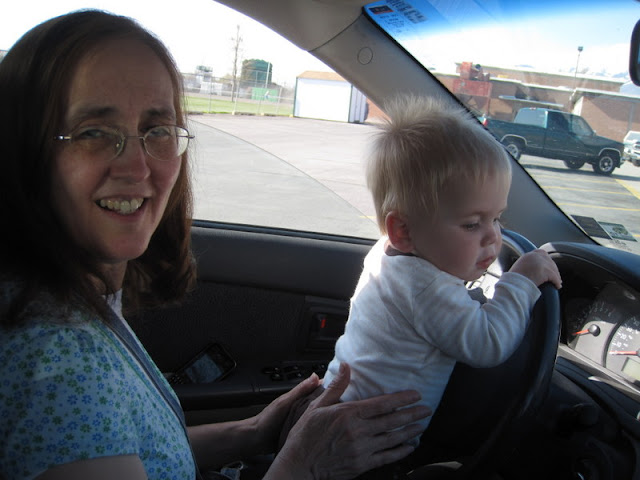 Benjamin was happy to walk with Naanii to the library. 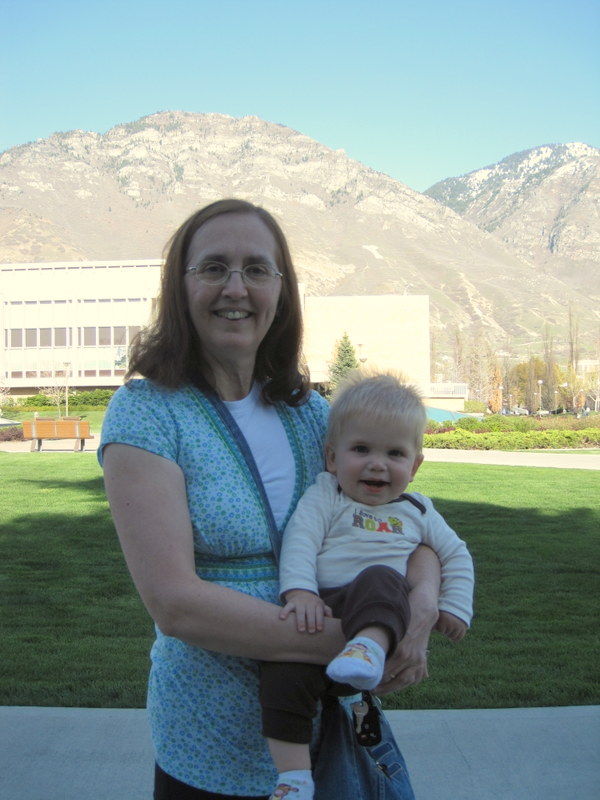 Auntie Josie was happy to see us. She had wanted to go to the airport with us the next morning but a group of her friends invited her to go camping and she also wanted to do that. I'm glad she chose to go camping because from the pictures I saw it looks like they had a great time. I would have hated for her to give that up in order to watch me walk through airport security!

Josie works in the media center at the library, which used to be the LRC (Learning Resource Center). I'm not sure why they changed it from the LRC to the Media Center, but part of the reason might be that there is also a Language Resource Center on campus and it got rather confusing when a professor would say that something was available in "the LRC" because there were two of them. Also, a lot of the media isn't educational at all...it's just fun. Anyway, we had a great visit.

She showed Benjamin all the gagets at her desk. 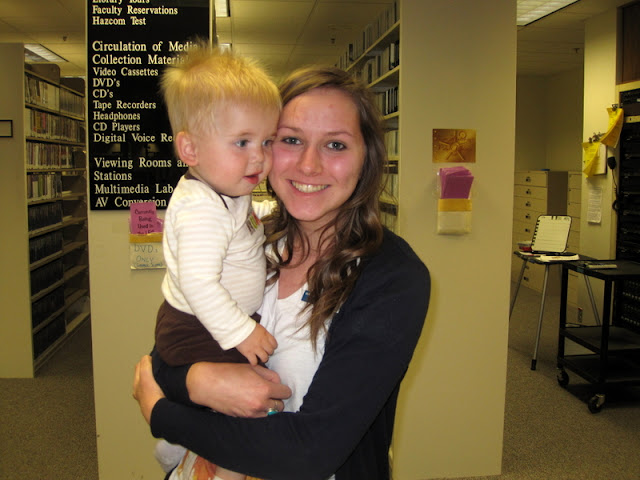 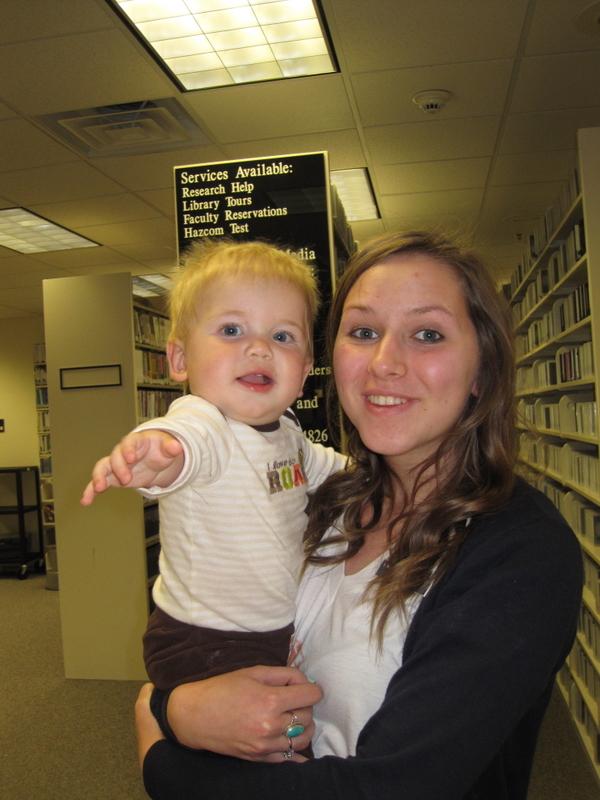 Here's Benjamin looking at the scanner: 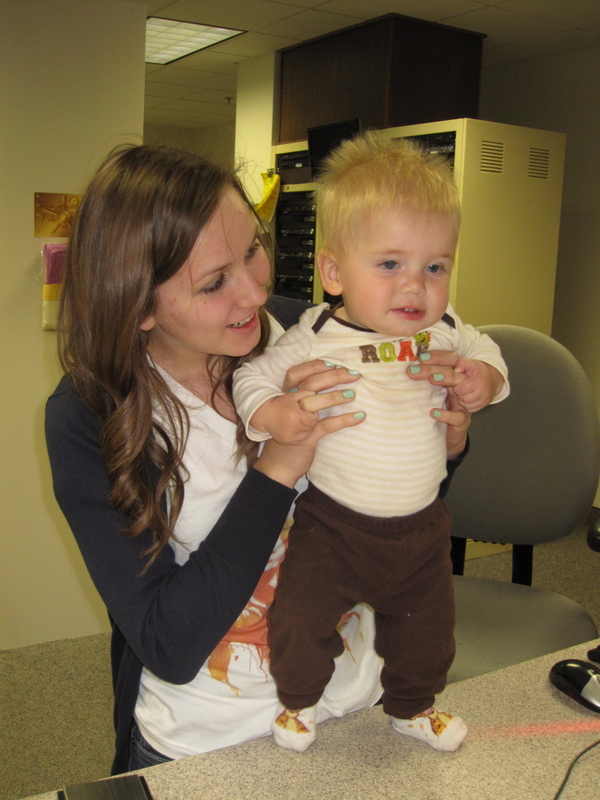 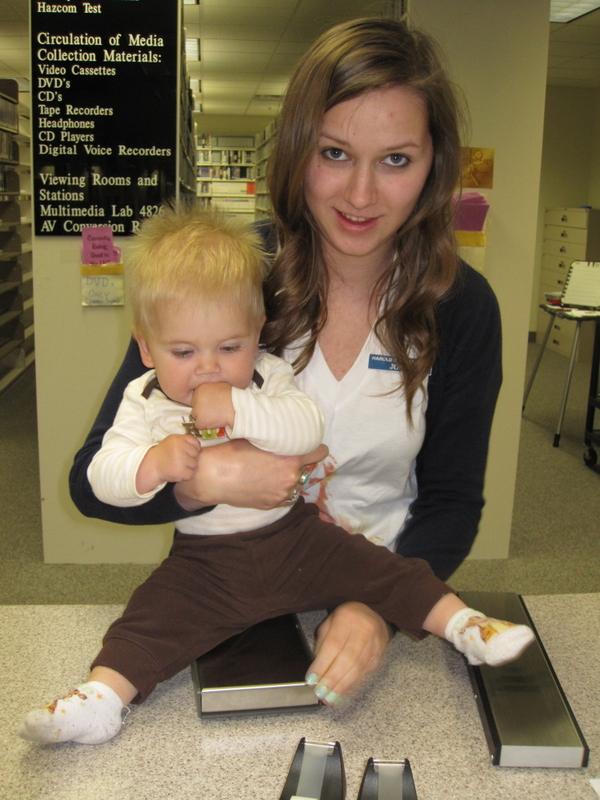 And here's a final picture of me and Benjamin with Auntie Josie (and Enjolras): 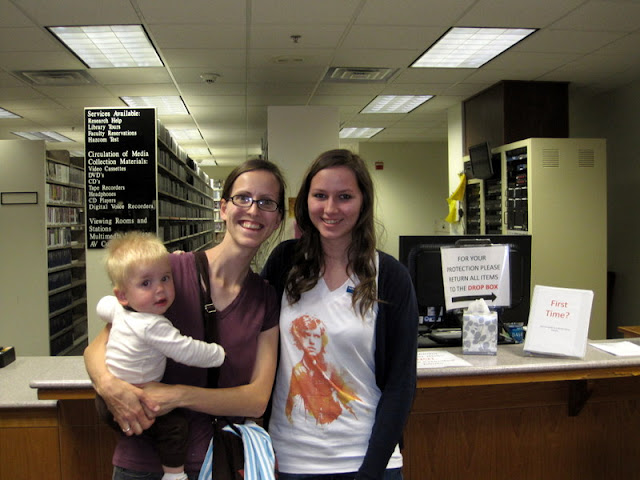 My mom and I went for a walk that evening and met up with Reid on the new pedestrian path they put in over the canal. We borrowed Life of Pi and watched that with my dad and Patrick and it was awesome most of the way through (though a little lengthy in the middle—just get rescued already!).

Thursday morning I packed and then we headed up to Salt Lake to stop in at my Grandma's house before my flight. She was happy to see Benjamin again. 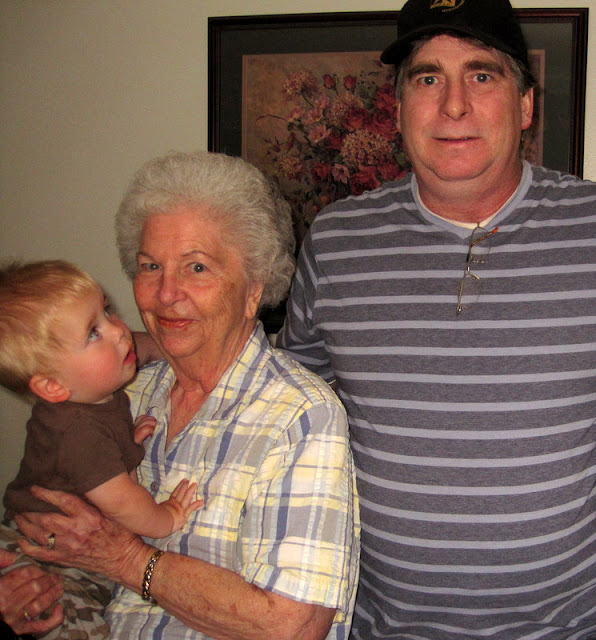 And me too, of course. 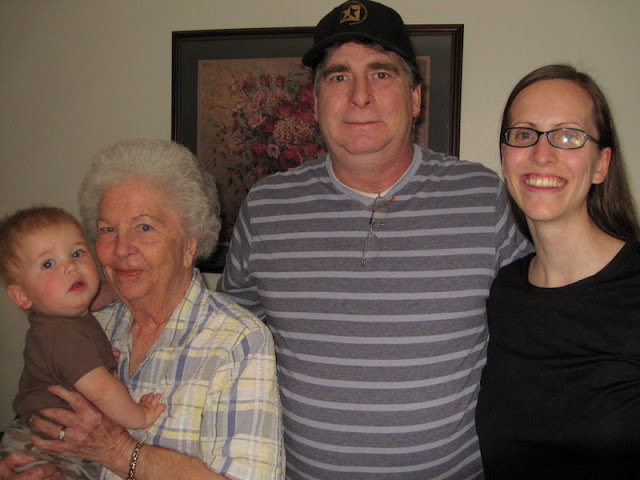 The flight home was not horrible but it wasn't that great either. Benjamin took a short nap and other than that was awake for the entire flight. He wasn't particularly jovial either but we managed.

We ran into some turbulence as we were coming into Denver and right before we hit the worst of it the pilot warned us to make sure our lap belts were securely fastened.

"Oh, and hang onto your children," he added.

No sooner had he said that than we hit a big bump and things (but fortunately no children) went flying and there was an audible gasp heard throughout the plane. The radio clicked on again.

"Told you," said the pilot.

Because Grandma ended up having to leave early to go to Aunt Susan's funeral, Andrew was left alone with the girls for the day. After Rachel's bus picked her up for school, Andrew, Grandma, and Miriam left for the airport. When Andrew and Miriam came home, Andrew took a shower...only to find that he'd run out of clean underwear.

He's responsible, so he threw in a load of laundry to remedy that problem.

When Rachel came home from school, he got the girls interested in playing a game together and then retreated to his office to work on a paper. The next thing he knew it was a quarter past eight and he hadn't fed the girls dinner or anything!

They took care of business, though, and scarfed an entire plateful of cookies (without permission).

My friend Anne picked me up from the airport and tolerated Benjamin's fit of exasperation the entire way home. She's got eight kids so she says she hardly notices crying anymore. It's good to be back!
Posted by Nancy at 10:38 PM