We drove straight from the airport to my grandma's house. I'm not sure she knew we were coming but she's always home and was happy to have visitors--especially of the great-grandchild variety. 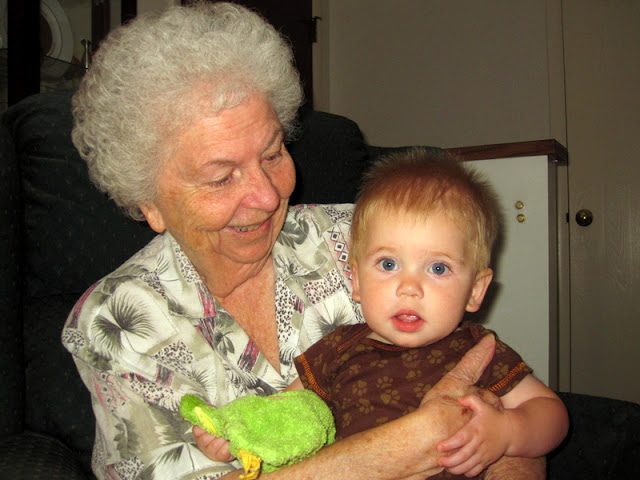 It took Benjamin a minute to warm up to her well enough to sit on her lap, but after we let him squirm around on the floor for a few minutes and play with some toys and then have a nice little meal he was happy enough to let this stranger hold him. I told him he'd better get all geared up for being passed around from stranger to stranger... 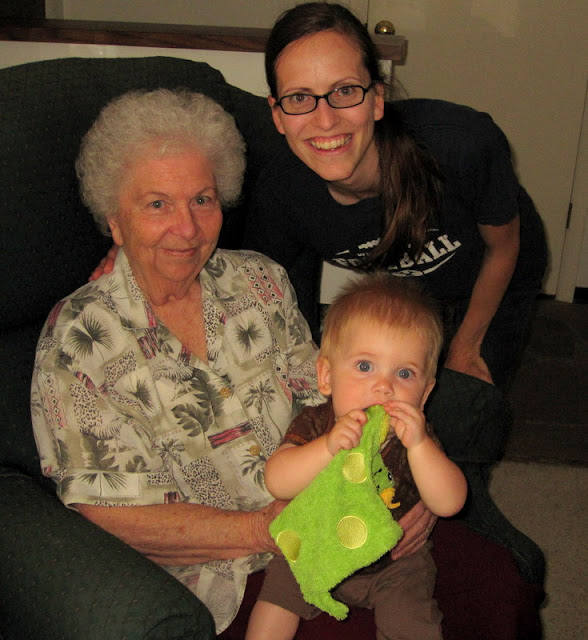 Josie had to get to work, which meant that we had to leave Grandma Layton's house in time to get her there. My dad sure was happy when we got home! 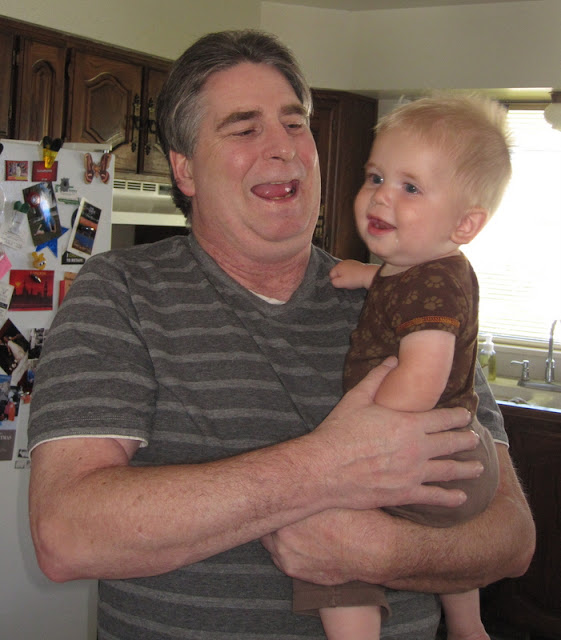 I'm staying at my parent's house in my old bedroom. I don't think I've slept at my parents house since December 14, 2005 (which would be the eve of my wedding day). My bedroom has changed hands a few times since it was last mine so now it's hardly recognizable as the bedroom that was once mine. Except the carpet--the carpet is the same. 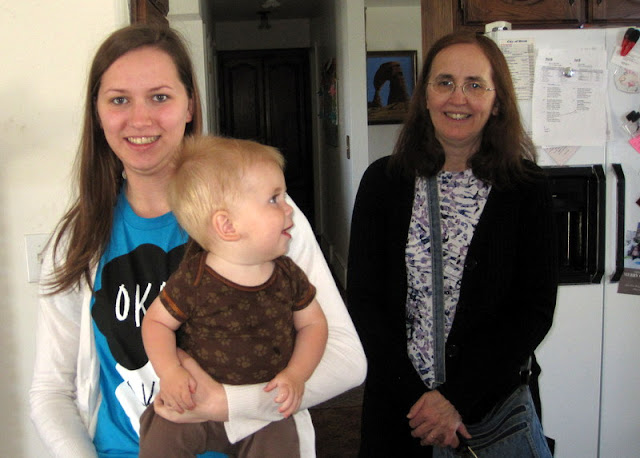 Now my bedroom is technically Josie's bedroom, but she's living in an apartment off BYU campus so her room's sitting empty. Still, it's weird to think that the room was once mine and even stranger to think that I have known every person to stay in that room for over twenty years!

It was my cousin Elizabeth's room before it was my room. She used to think it was weird to come over and have it be my room so I guess we're even now because it is kind of weird to see a space that used to be your space being used differently. Not bad, just weird.

Benjamin and I took a nap before dinner (which caused a meltdown in the North Carolina home front because Rachel had called to talk to me but I hadn't turned the ringer on my phone on so then she called Naanii and Naanii said I was sleeping, which Rachel understood to mean that I wouldn't be able to talk to her (but instead my mom just woke me up and everything was smoothed over with Rachel)).

After dinner we went to visit my cousin Elizabeth, who is in the middle of moving from Virginia to Idaho. Patrick (yes, Patrick!) watched Benjamin while I got ready to go. 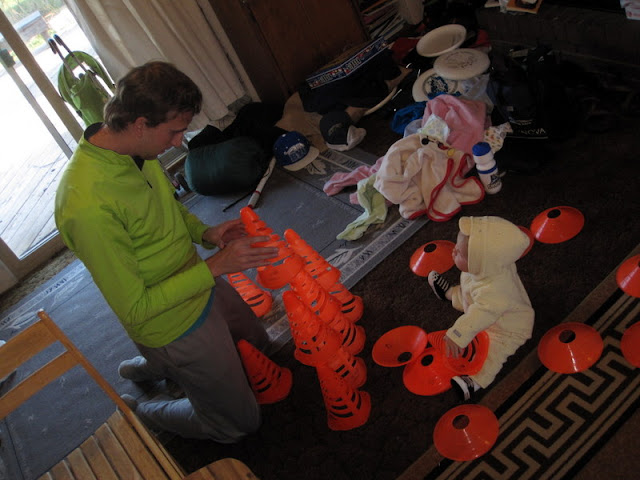 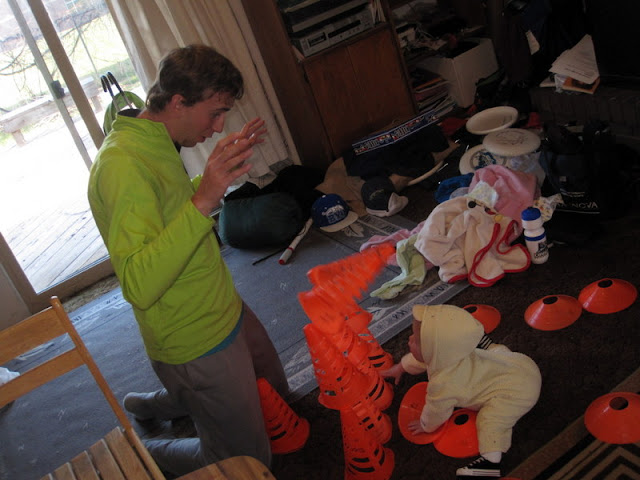 Benjamin finds Uncle Patrick's frisbee equipment is fascinating. Uncle Patrick plays ultimate frisbee for BYU and coaches a high school ultimate team as well so he has a lot of frisbee stuff. 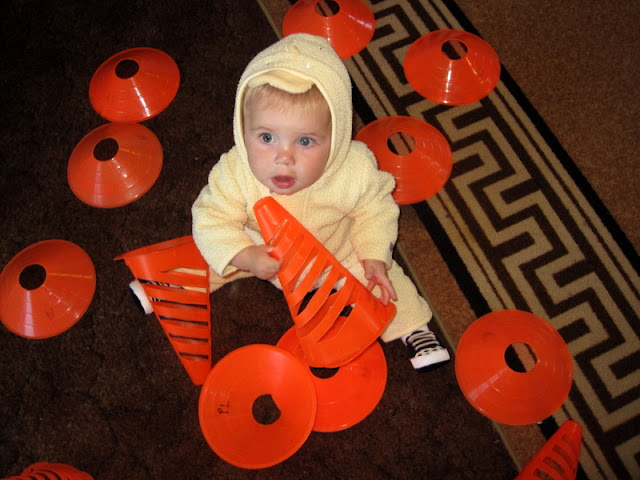 The last time I saw Elizabeth her sweet little Bridget was about six weeks old. Now she's about six months old! Benjamin was excited to see someone about his size: 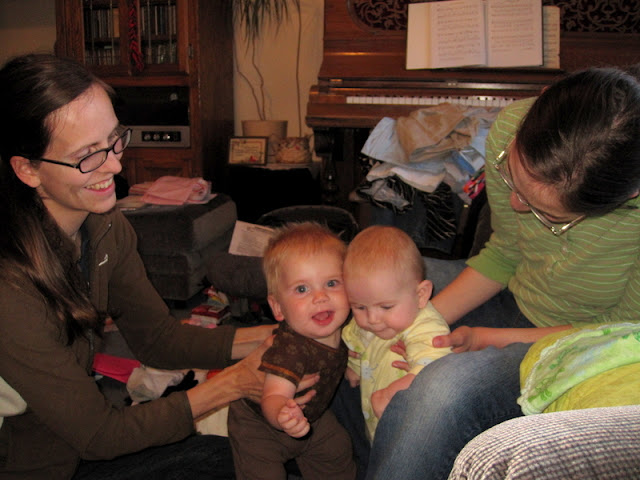 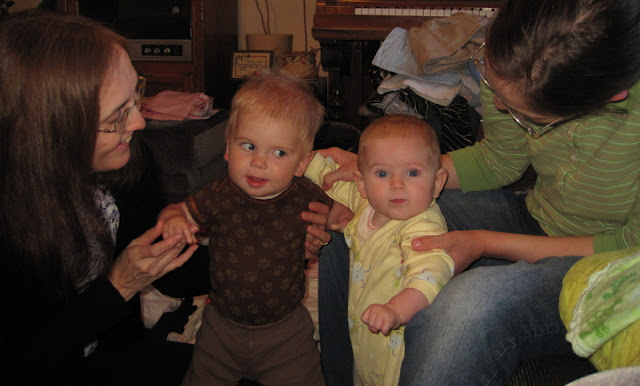 I'm kind of sad that Elizabeth and her little family decided to move back to Idaho just as soon as my family moved out to the east coast, too! But I'm excited for her husband to finish his degree and I'm sure we'll be seeing her around, whether here or there or anywhere in between. 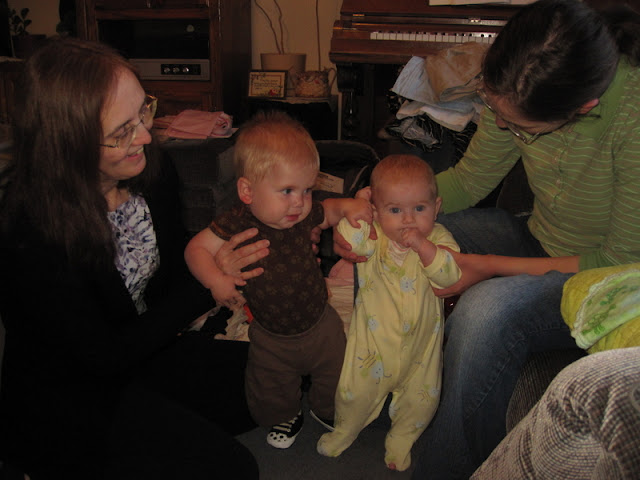 Benjamin was showing Bridget everything he knows about crawling (which isn't much) and Bridget was doing her best to copy him. We let them chase balls around on the kitchen floor for a while. It was cute to watch them.

Here's my mom with Bridget: 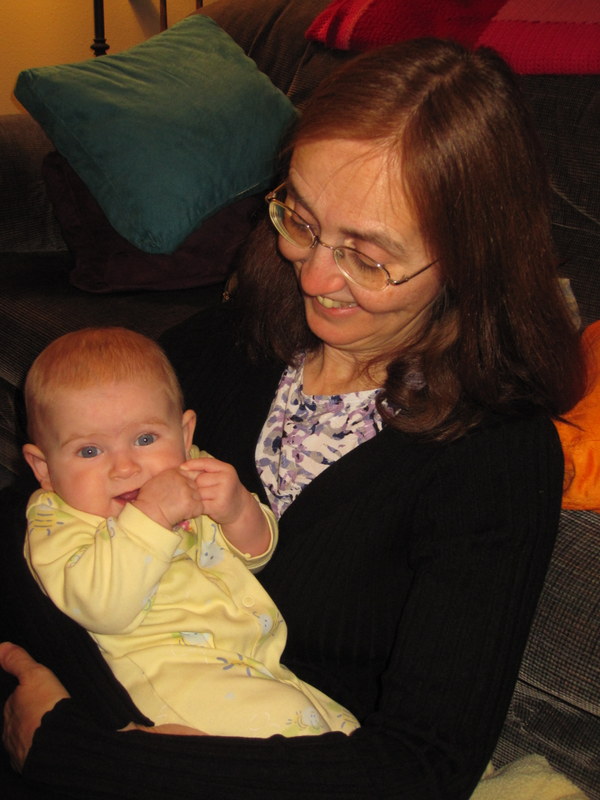 And Elizabeth with Benjamin: 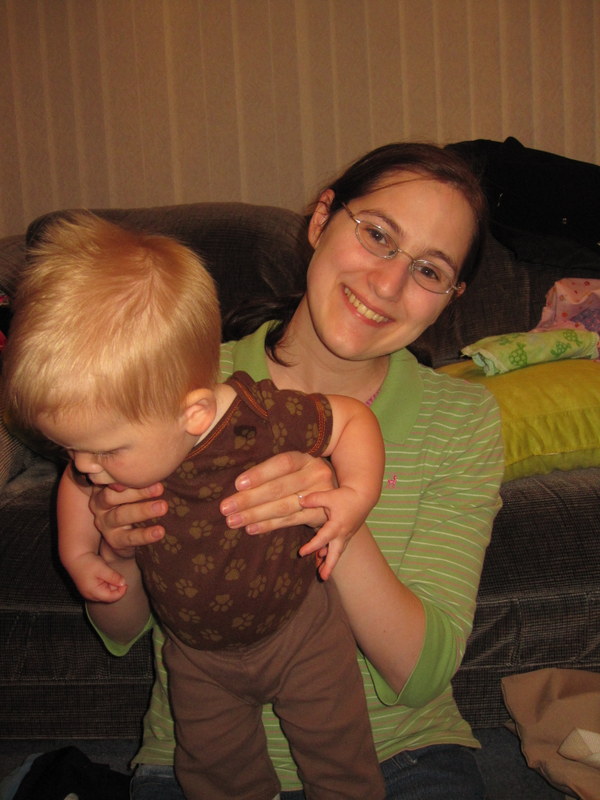 Elizabeth was happy to have us come over because, just as the last time we visited with her, she'd been left home alone with the baby again. Cody's up in Idaho finding an apartment and my Aunt Judy and Uncle Wally were out at a "Sons of the Utah Pioneers" dinner/program. They got home before we left, so we got to visit with them, too, which was lovely because it turns out that they won't be able to come to Kelli's wedding and are leaving for California on Saturday afternoon so it was really my only chance to get to see them!

Uncle Wally took this three-generations picture of us: 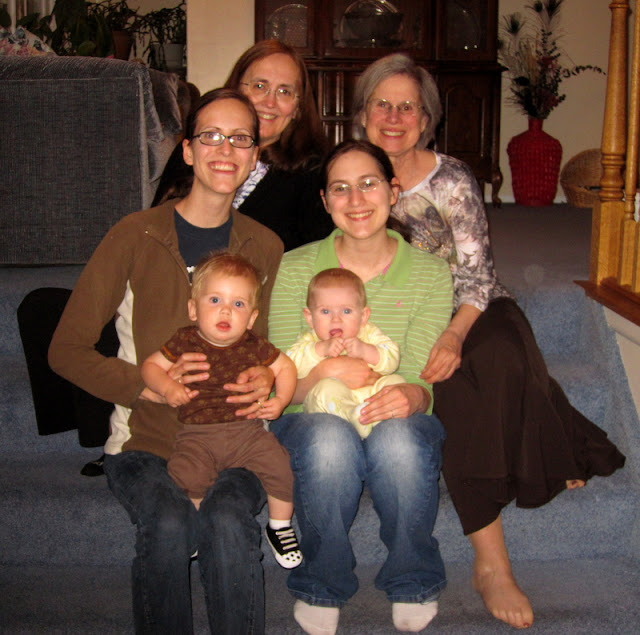 Benjamin was exhausted from travelling so much and from meeting so many new people...he had no idea how many relatives were about to descend upon him in the coming days. Poor baby.
Posted by Nancy at 1:42 AM