Benjamin and his friend Oliva are just about (but not quite) a month apart but Oliva's got a whole head and shoulders on that boy, not to mention a number of skills. But that's okay because he's slowly catching up to her.

Here they are on Thanksgiving Day 2012 when Benjamin was still 5 months and Oliva was 6: 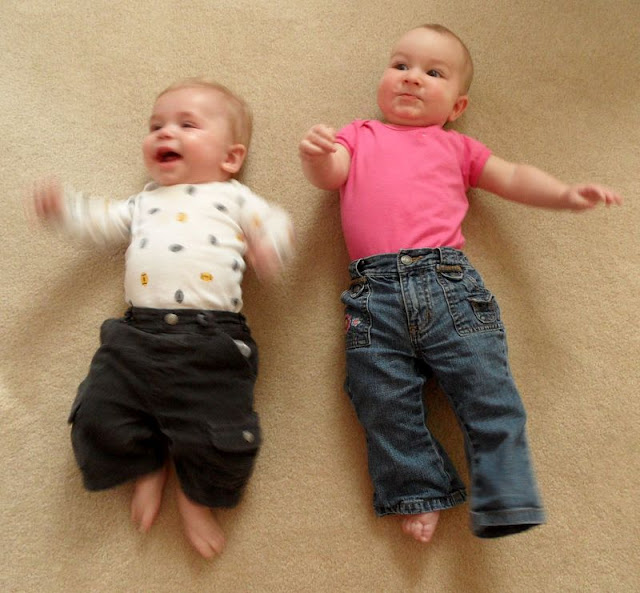 I love how their limbs are all blurry. I don't think these two ever stop moving!

Today I met Olivia's mom at the library for story time (and to visit teach her since it's the last day of the month and I hadn't gotten to her yet). We stayed to chat after story time with a few other moms who were there and Benjamin and Olivia played "together" in the way that babies their age do (which means that they didn't play together at all; rather they were both exploring the environment they happened to share at the moment (which isn't exactly parallel play either)).

At one point, Olivia, who is still a full head taller than Benjamin and who pulls up on everything she can in order to cruise around the room, decided she needed even more height to play with the beads better, so she enlisted Benjamin as her footstool: 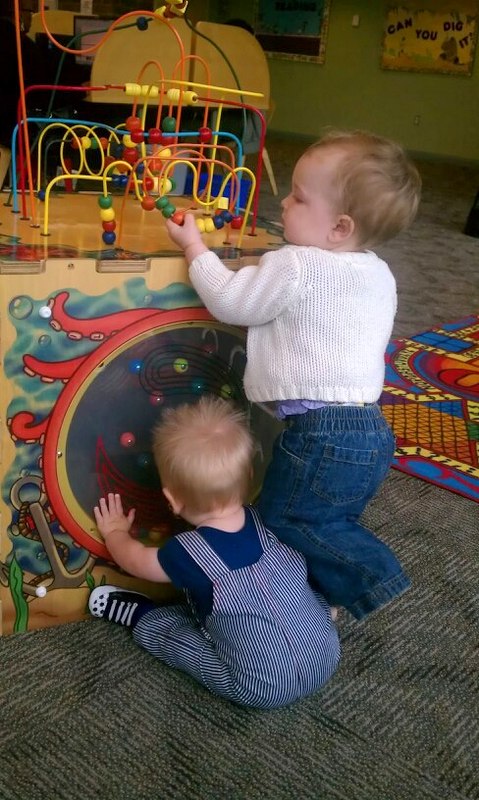 She's standing on his leg and has her knee on his shoulder. He growled at her a little but didn't show he minded too much otherwise. It was pretty funny.

Later Olivia decided she wanted to be on the other side of Benjamin and crawled right on over his lap. 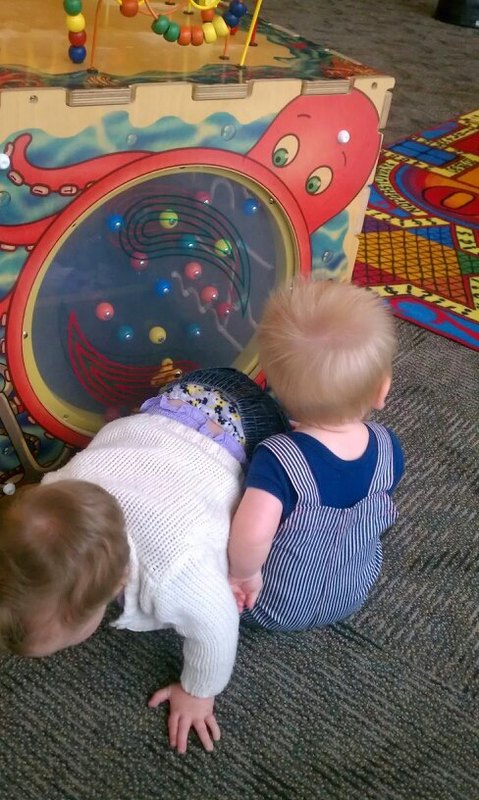 Kathleen was quick enough to get these pictures but (rather unfortunately  was not quick enough to capture the shot of them sitting side by side with their arms around each other or the one where they were patting each other's heads.

It sure is fun to watch these two play together!

(Miriam was off looking at the turtles in the fish tank and playing hopscotch with a friend's granddaughter while I was watching the babies play; she had fun, too!)
Posted by Nancy at 7:13 PM