After our grand adventure at Stagville yesterday we started on our list of errands. Our first stop was Lowe's to pick up a few things for some projects. On our way back to the van Andrew was pushing Miriam in the cart and I was carrying Benjamin and holding Rachel's hand.

Andrew did a few running steps and then jumped on the cart so that he could coast with Miriam to the van. This was a very bad idea (as he soon learned) because the cart completely upended. He quickly jumped off but the cart and tried to stop it but it flipped completely over and landed so it was resting on the handle bars. It had so much momentum that it continued to hurtle through the parking lot, dragging Miriam with it!

I stopped walking and stared with my mouth open.

I don't know how far she was dragged but after what seemed like an eternity the cart came to rest and we all caught up with it, and peeled the cart (Miriam and all) off the pavement.

She somehow managed to keep holding onto the handlebars and was able to keep her face off the ground (thank goodness!). Her knees took the brunt of it, but she's perfectly fine (though she was upset that her pants got muddy (and that her knees hurt)).

Andrew felt so bad and I'll admit that I was a little angry for a few minutes (until I remembered that one time when Rachel was little and I pitched her out of the stroller and into a busy street and then I was all full of forgiveness (even Steven, right?*)) but Andrew made it all better for everyone by suggesting that we stop for snow cones at Pelican's—the neighbourhood snow cone joint.

In Utah there are Snow Cone Shacks or Shave Ice** Stands on every corner, it seems. That's not the case out here. Pelican's is very popular and, it seems, rather unique. They offer over 100 flavours, which was terrible for our indecisive family. The girls ended up choosing flavours based on their favourite colours (so Rachel had green/blue and Miriam had pink).

Here they are waiting for their snow cones (you can see Miriam's none the worse for the wear (and her pants aren't even that dirty)): 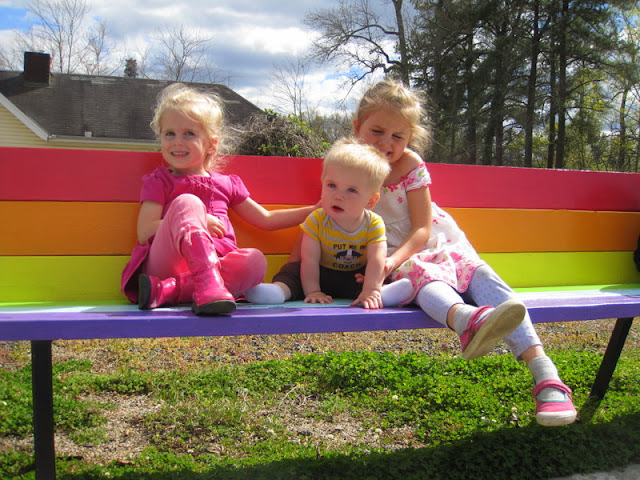 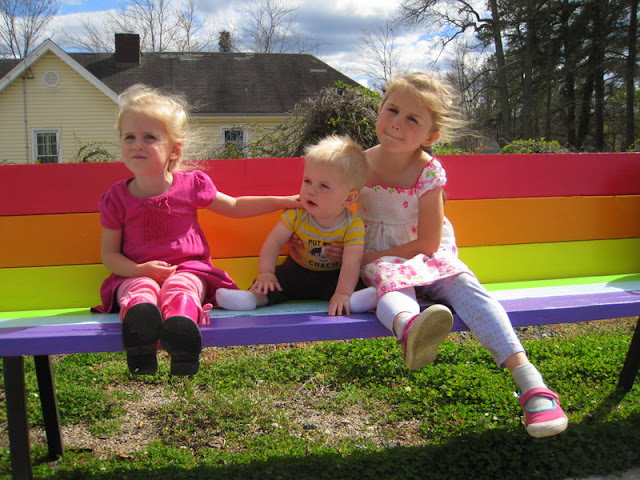 Benjamin was getting really jealous that everyone was eating but him, so I gave him a little taste of my snow cone. He's a pretty picky baby. I find myself doing things for him that I never did with the girls—like warming up his cereal and stuff. He'll eat things at room temperature but he won't eat things straight out of the fridge. I don't know why I'd expect him to accept a spoonful of ice.

I put it in his mouth and he immediately spat it out, making the most adorable "yucky" face. 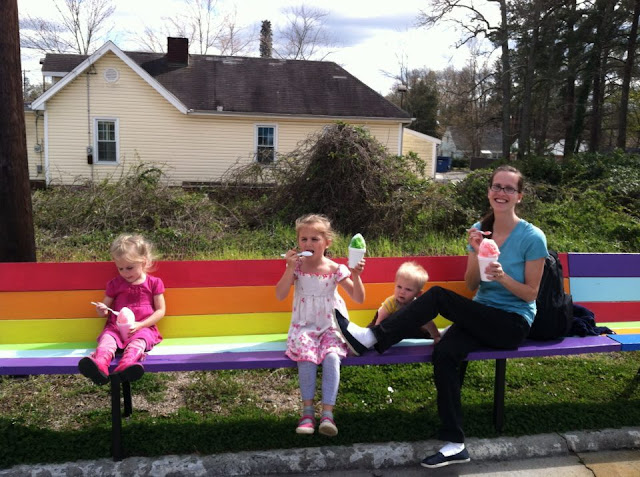 We tried to capture it on subsequent tries but he'd figured out that although the temperature was terrible the taste wasn't actually all that bad and so didn't react quite as strongly as he did with the first bite.

It was still pretty funny to watch him try to enjoy the ice like the rest of us (and don't worry; they kind of skimped on my syrup so the bottom of my snow cone was plain ice so he wasn't getting too much sugar): 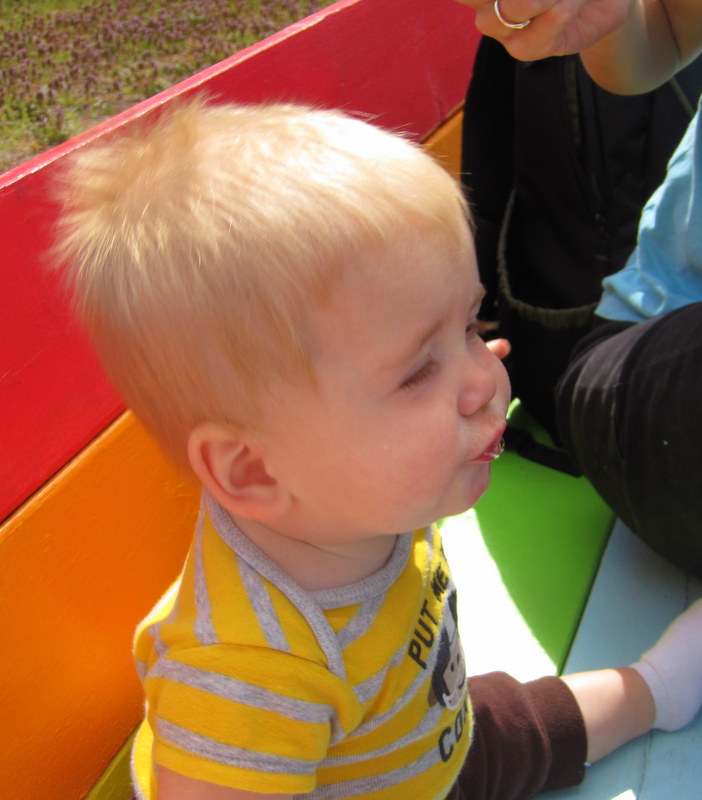 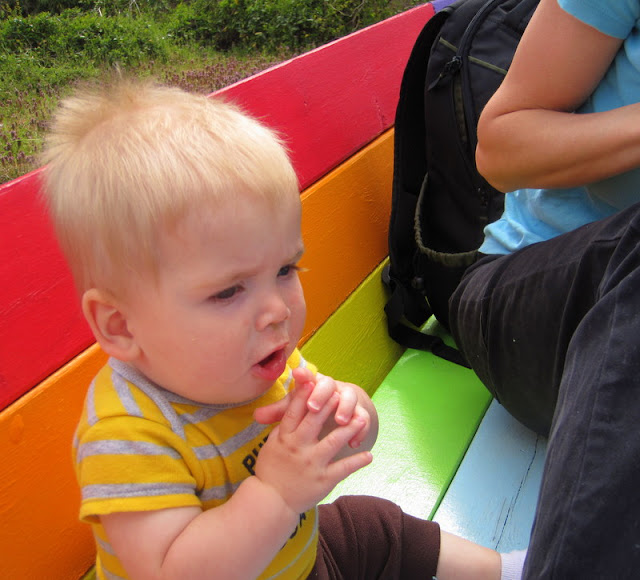 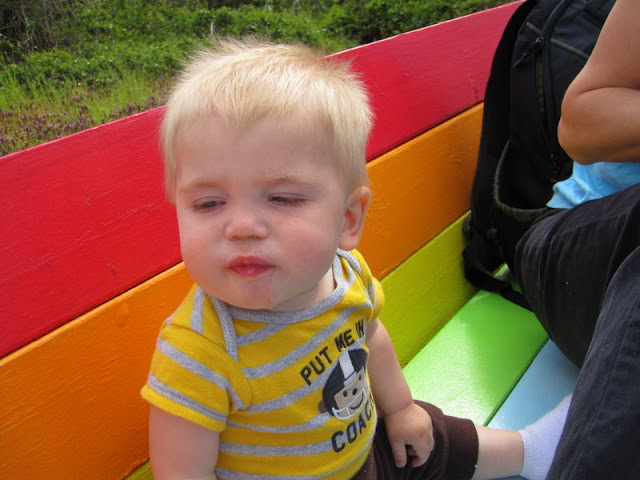 He was a regular ice-eating champ by the end of the snow cone. I wonder if this means I don't have to heat up his food anymore...

* I wonder which one of us will dump Benjamin onto the asphalt and when...
** The term "shave ice" used to really bother me (because it should be "shaved ice") but "shave ice" is apparently more authentic...so I allow it.
Posted by Nancy at 11:26 PM