Today was the Durham/Raleigh March For Babies. Benjamin and I participated in it along with my friends Nicole (who was a preemie) and Heidi (whose preemie Andrea recently turned two). We raised a fair bit of money together—far more than we would have been able to donate ourselves—though I will admit that I could have tried a bit harder.

With everything I had going on this month I kind of put fundraising on the back burner. So last night is when I started asking for donations...and I raised $64 (with special thanks to Nicole, my mom, Auntie Emily, my cousin Tara, and Andrew).

Nicole was kind enough to drive our little team to the event, which was way over by the airport. I'm so glad she did because I was absolutely exhausted this morning—Benjamin stayed up partying until nearly 2 AM last night and then I had to wake him up at 7 AM so we could get ready to go. He was not a happy camper (and neither was I). He cheered up though once we were registered and began to explore all the booths they had set up.

We hit up the stroller decorating station before visiting the emergency response vehicles. Benjamin wore his Life Flight t-shirt his crew gave to him when he was transfered from American Fork Hospital to Utah Valley Regional Medical Center. 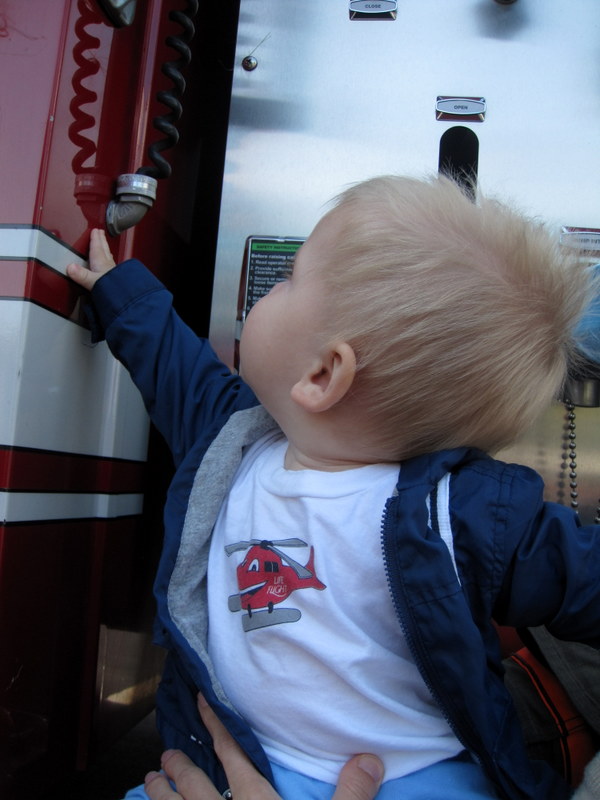 Benjamin thought the firetruck was fascinating. 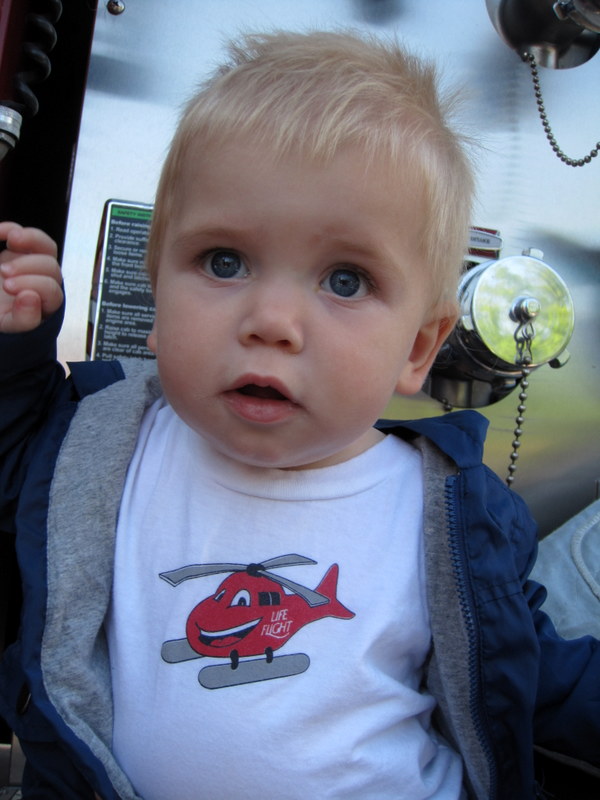 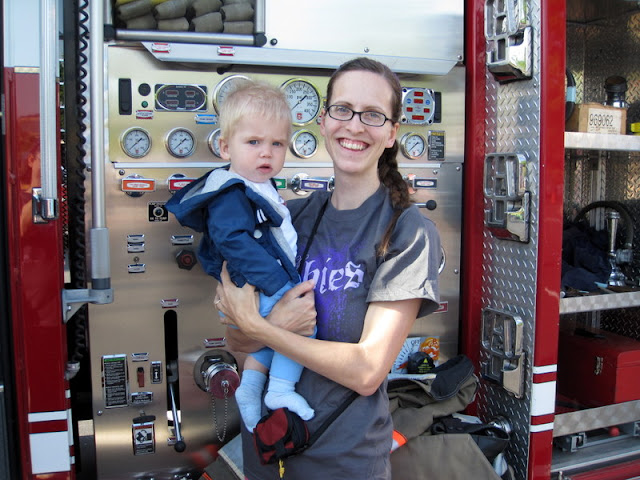 The walk itself was pretty mild—a three mile stroll. There was a huge turnout, though, and the crowd at the "starting line" made me have flashbacks to the races I ran a couple of years ago. This was a walking-only event and I think we were moving about the same pace as we were at the beginning of the marathon I ran (which says more about how crowded the start of the marathon was than anything else, I suppose).

It was fun to walk with these wonderful women and to get to know them better. 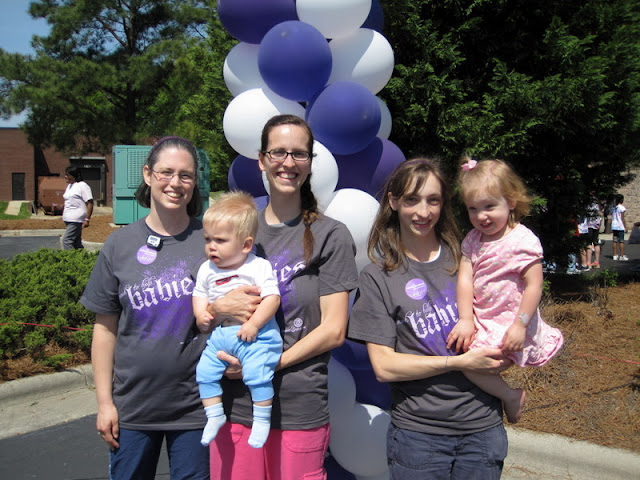 Heidi just signed up for a marathon and for a while I was tempted to sign up as well. After all, I told myself, I'd trained for a marathon with a baby this age before and it wasn't half bad. I quickly talked myself out of that, though, because my marathon baby was Miriam and she could be depended upon to go to bed at night (Benjamin can't) and I had a running partner in my neighbourhood (I don't this time) and we lived with my in-laws who could "babysit" my sleeping children if I went out running on nights that Andrew had work/class late (I don't have that cushy lifestyle anymore).

No, I don't think I'll be doing another marathon for a while, but a three-mile walk was just up my alley.

The March of Dimes was founded in 1938 by President Franklin D. Roosevelt, who suffered from polio, to fight against polio. By 1958, polio was on the road to being fully eradicated in the Unites States and the board met to discuss what they should do now that, you know, they'd solved the polio crisis and everything. What would it have been like to be in that meeting, I wonder!

Good job, guys. We created a polio vaccine that will eventually eradicate polio worldwide. What should we do next?

They've done lots of things since then, including funding research that culminated in the development of surfactant therapy for premature infants suffering from respiratory distress syndrome. Benjamin had a surfactant treatment to help open up his lungs when he was first born. We're certainly happy that he was born after surfactant therapy was a thing.

I will admit that we were laughing at some of their more lofty goals. We saw one sign on our walk saying that the March of Dimes hopes to bring the number of premature infants born in the United States (500,000 annually (or one in nine births)) down to zero. That sounds like a lofty goal, especially since the causes of preterm deliveries are so varied and not well understood. But I suppose that 75 years ago the idea of creating an effective polio vaccination sounded ridiculous as well. Perhaps it's good to have a reach-for-the-stars goal.

Eradicating polio is a more direct goal than eradicating preterm births, but already the March of Dimes has made great strides to help decrease preterm births and increase knowledge surrounding the cause of preterm births. I hope they continue to make breakthroughs that will help these sweet little babies (and, who knows, perhaps eventually make it so a lot fewer babies are born too early (see, I can't even make myself say zero)).
Posted by Nancy at 11:52 PM