The Museum of Life and Science has a "Build it Bamboo" exhibit and they had a special "Bamboo for Bambinos" time this week on Tuesday and Wednesday. We didn't make it on Tuesday because we were at the pool nearly the entire day and I was worried we wouldn't make it on Wednesday either because I was summoned for jury duty that day—but when I called the number to see if I would be needed I was told that I was not and I literally did a happy dance in the living room.

So we were able to make it to "Bamboo for Bambinos" after all, and even had some friends join us.

It was fairly busy with field trips when we arrived—the overflow parking lot was about half-full of busses but we were able to find a spot. Benjamin was, of course, in heaven with all those busses around, though he wouldn't get out of the stroller for a picture because he's always afraid Miriam will take his spot (and that's a valid fear so I don't blame him). 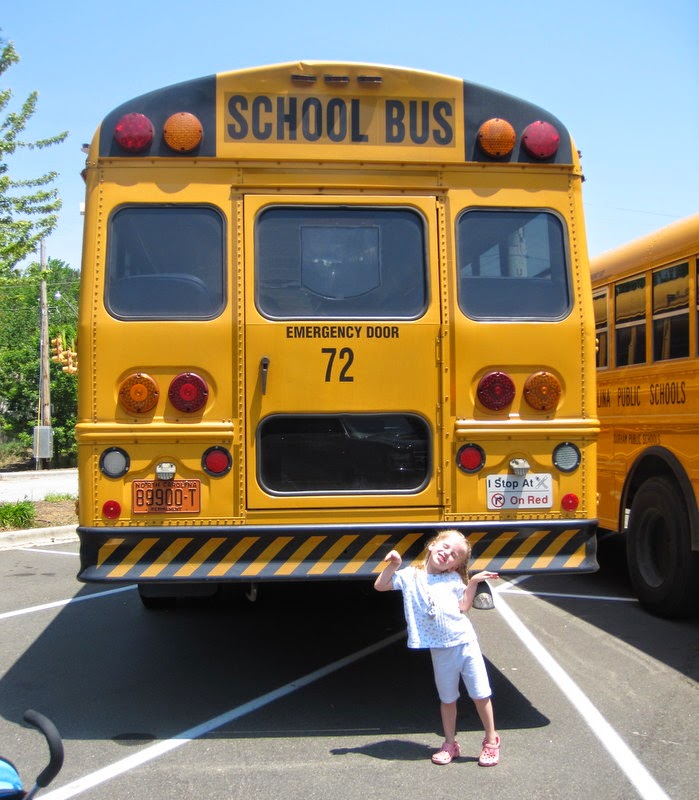 Miriam was, for whatever reason, very unimpressed when we arrived. I think she was hoping her friends would be there already...but they weren't. 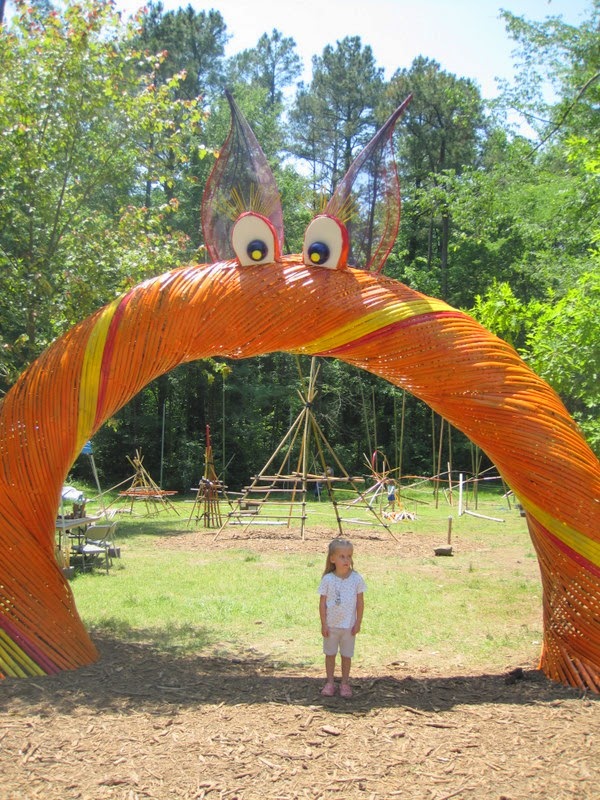 A worker offered to take a picture of all of us together, which was nice: 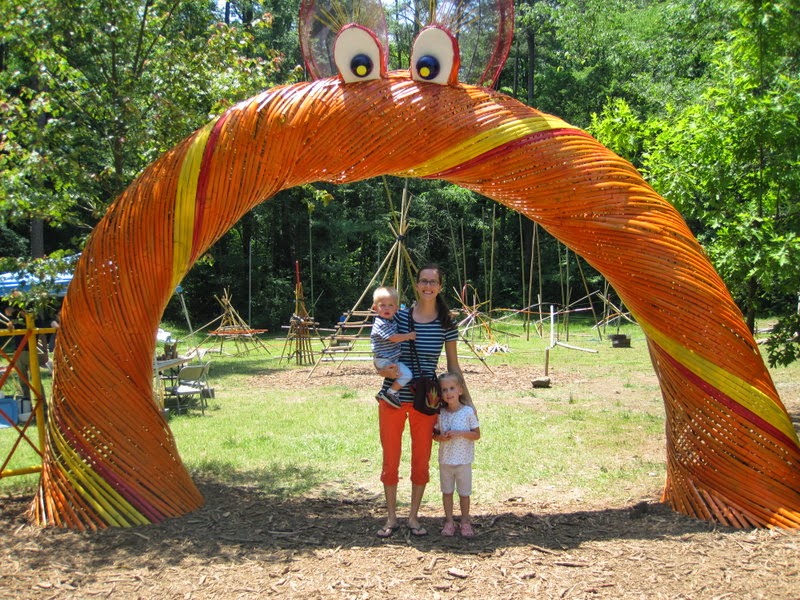 Then she told Miriam that there was a craft table where she could build a bamboo bracelet and that got her all excited to be there. While we were putting the bracelet together our friends showed up and made bracelets with us. Then we played around for a bit.

It was relatively uncrowded, I think, because the employees were directing field trips away from the area—it was bambino time, after all. 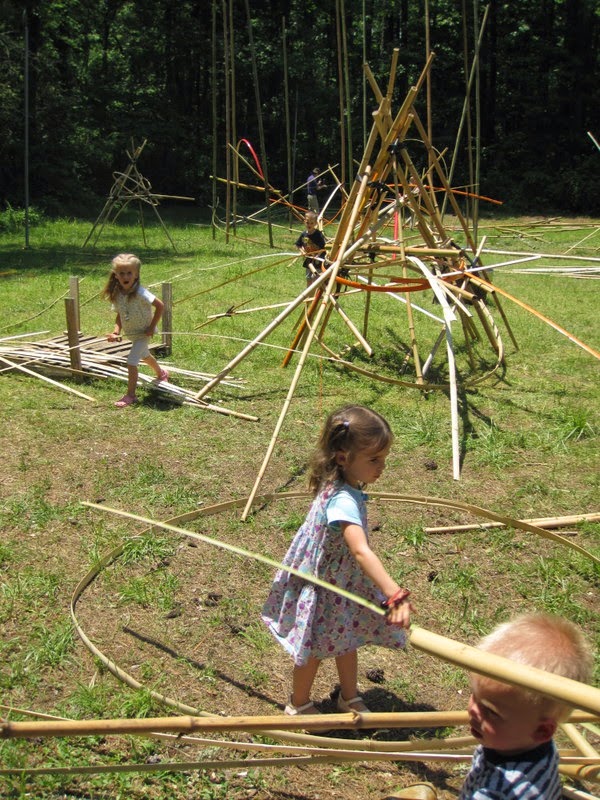 We found the materials a little difficult to work with at this size. And the day was rather hot. 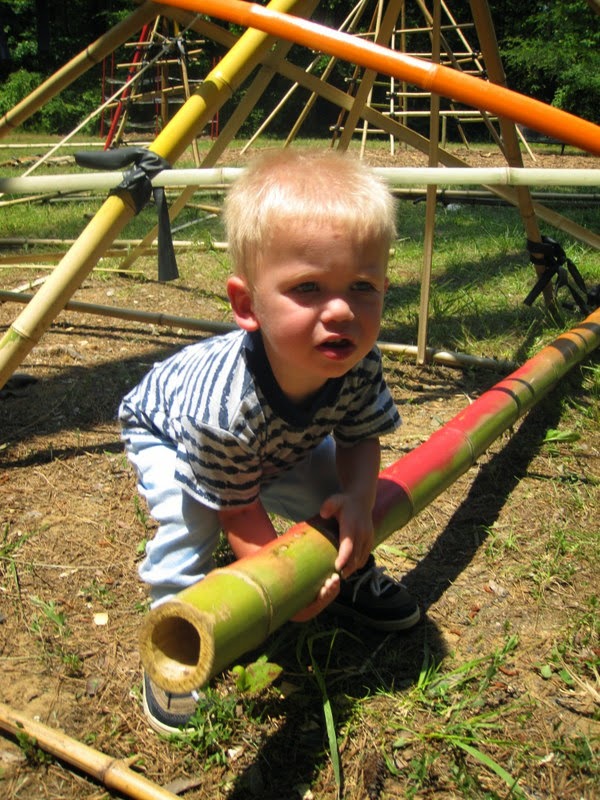 So after playing on the sturdy structure (built by professionals, not random patrons) we went to play at "Into the Mist" to cool off. 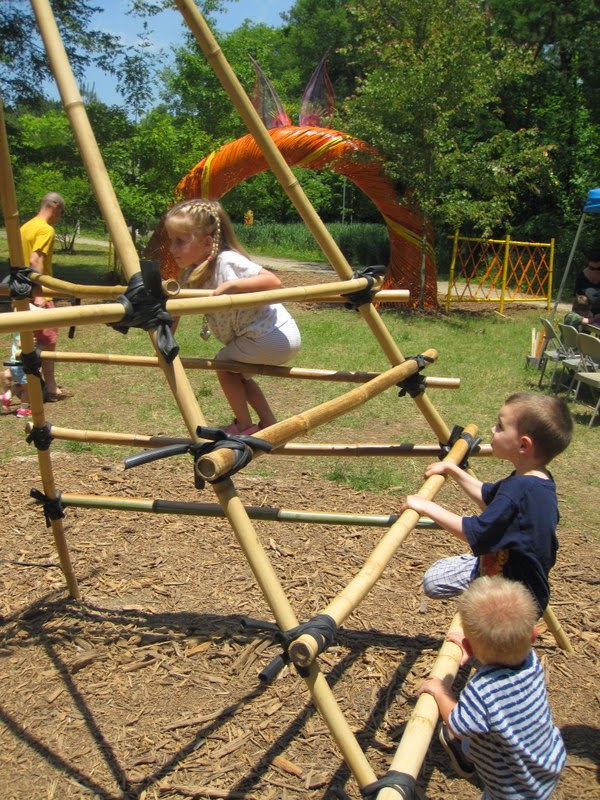 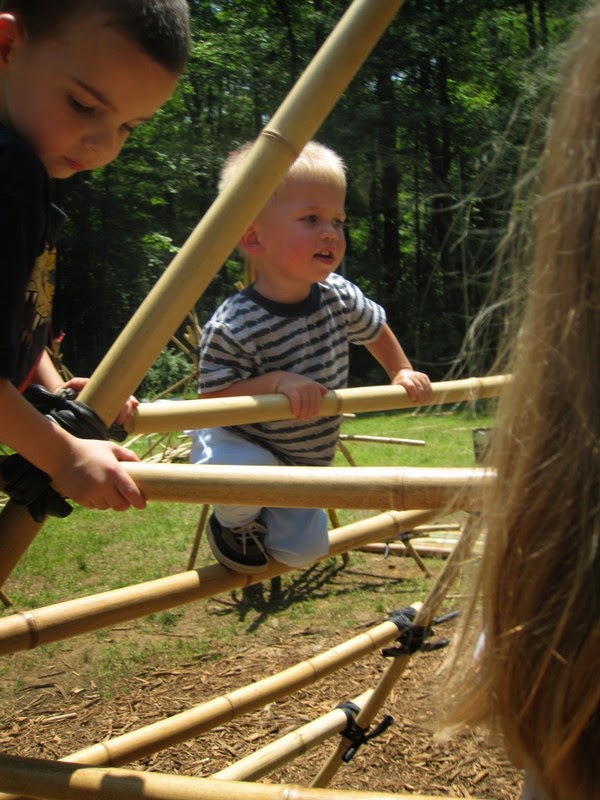 Sometimes Benjamin (and his climbing skills) makes me a little nervous. 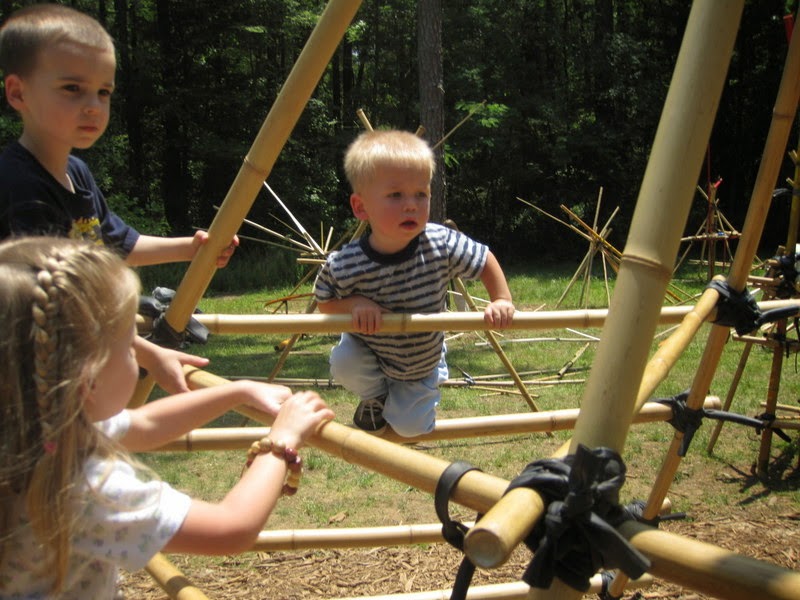 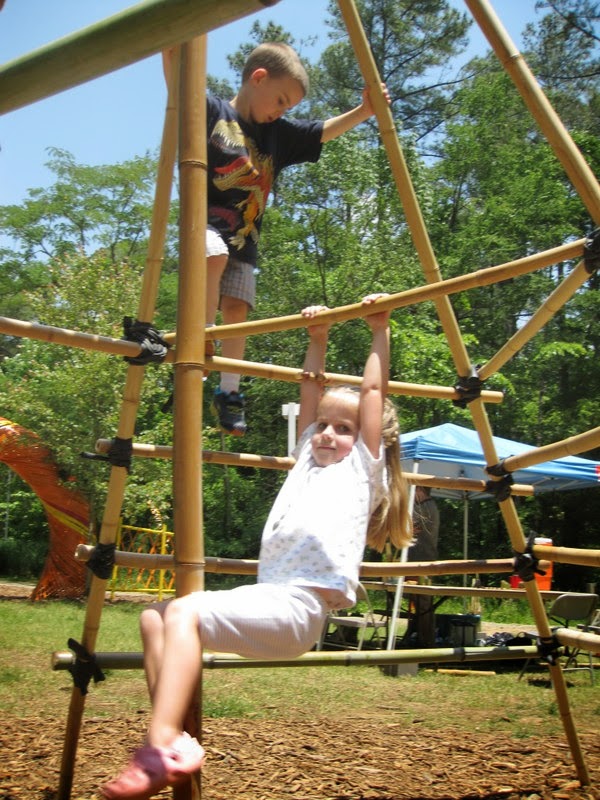 By the time we had finished building with bamboo and playing in the mist (which was void of field trippers as well—probably so they didn't get on the bus soaking wet) the park had pretty much cleared of all field trip visitors and we had the boats all to ourselves, which the kids were excited about. 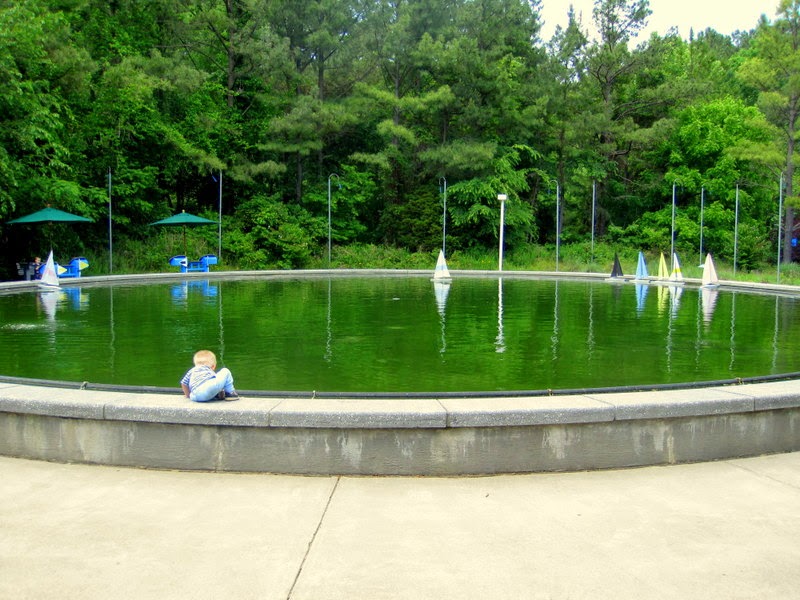 Usually you have to wait in line for a chance to steer the boats but Miriam and Alden were racing from boat to boat and having a great time.

No one was ready to say goodbye when the moms were so Miriam ended up going home with Alden and Marcella. And then they came to play with us at the pool after school. They played so hard all day! I thought for sure they would be ready for sleeping, but Benjamin, apparently, needed more play time before bed. 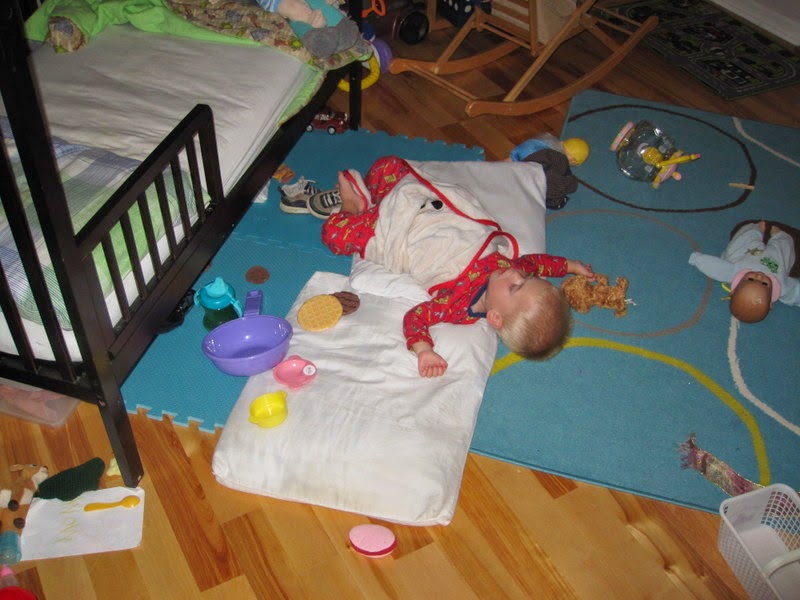 For the record his room was clean when I tucked him in—into his bed, by the way, not the floor (he tucked himself in there).
Posted by Nancy at 10:35 PM