The kids are finally feeling better. I suppose Miriam never really got sick, but she's at least feeling better that people are playing with her again. Rachel hasn't thrown up since yesterday morning (when she took one bite of toast and then ran to the bathroom) and Benjamin hasn't thrown up since the night before that (when he lost his dinner, once more, all over the table).

Last night I asked Andrew whether we should plan on attending church or not. Usually it's not a question but we've had an average of 5.4 pukes per day the past five days and we really didn't know what Sunday morning would bring. Would Miriam suddenly find herself ill? Would Rachel not be able to hold down breakfast again?

"I'm leaning toward no," Andrew said, "Because the alternative is yes."

A very academic answer, indeed. We decided to take a day of recuperation. It's surprise-stake conference today, anyway (we had one in March...and have another scheduled for October...this one came as a completely surprise) so we didn't even have to find substitutes.

We spent the morning sleeping in. Everyone managed to keep their breakfasts in their tummies and when I asked the kids if they wanted lunch, Rachel said, "Yay! Two meals in one day!"

That's our big accomplishment for this week.

Our house basically smells like a swimming pool so I'm pretty sure everything is mostly sterilized. I even had the house cleaned up fairly well yesterday—we vacuumed the floor and everything—but now it's quite messy again. Because the kids are playing again.

This afternoon Rachel helped Miriam turn into a beautiful butterfly. 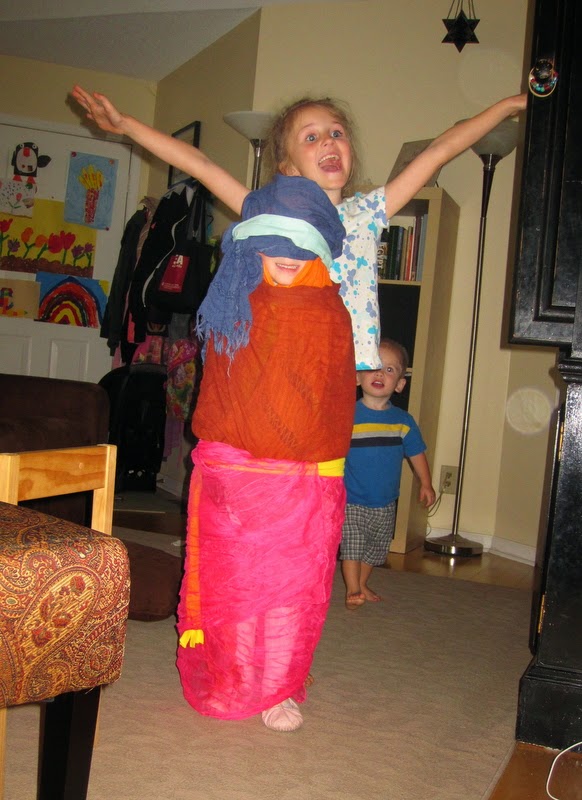 "Don't worry—she can still breathe," Rachel explained as Miriam waddled into the room.

And then, right before our very eyes, she broke free from the confines of her chrysalis... 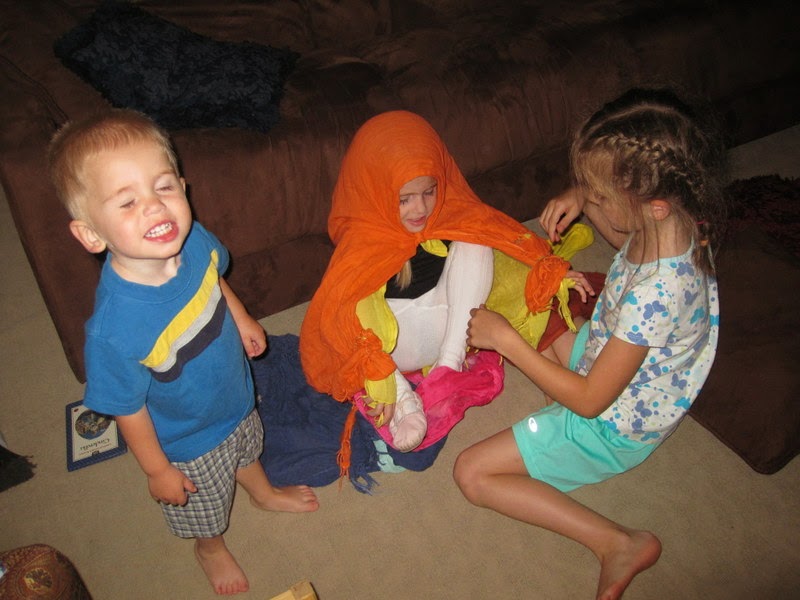 ...and turned into a beautiful butterfly! 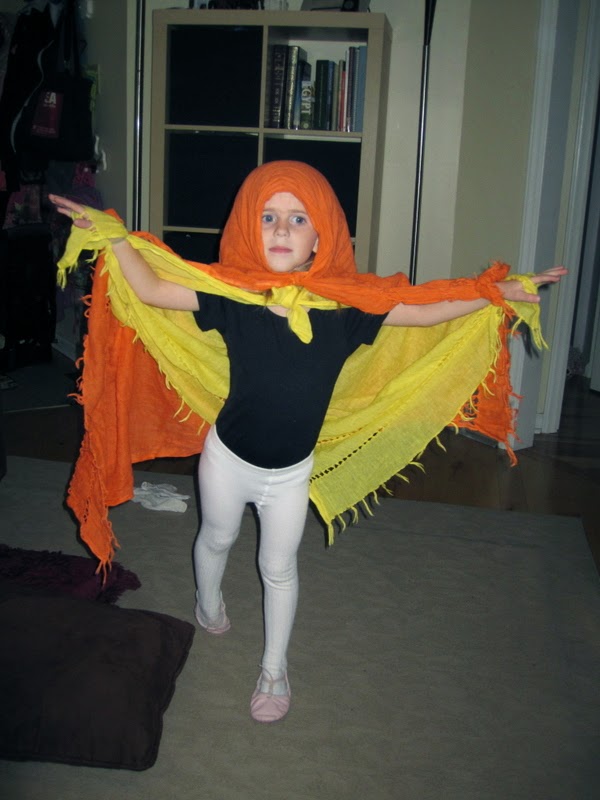 I won't tell you how now that Miriam wants to take the costume off, Rachel's gone off in a huge huff about Miriam "being so picky!" Because she "worked so hard on that costume" and now Miriam "is just throwing all that hard work away!"

Nor will I say how Miriam is sulking on the couch because Rachel was "being so bossy!"

The last thing Rachel yelled was, "No ballet lessons for a month!"

So, apparently Miriam won't be getting any ballet lessons for a month. Because they were such a regular thing, anyway.

What I will tell you is that we watched The Hunger Games: Catching Fire last night and the scene of a monarch breaking free of its chrysalis enacted in my living room reminded me very much (or at least a little bit) of the scene where Katniss's wedding dress morphs into a mocking jay costume.

I need to reread those books.

Anyway, I feel confident that we're over this stomach bug. We'll be spreading our wings soon. Maybe we'll even leave the house tomorrow. That would be neat.
Posted by Nancy at 2:20 PM