This will be my last tadpole update (hallelujah!) because on Saturday (after 56 days of caring for these tadpoles (though probably only 30 days of caring for them and 30 days of neglecting them)) I fished out the very last living creature from our little aquarium (aside from some mosquito larvae and other such things). Its tail had already been mostly absorbed, so it's a mystery how and how long it managed to keep itself alive in the tank before I released it when so many of its siblings managed to drown. Survival of the fittest, I suppose. 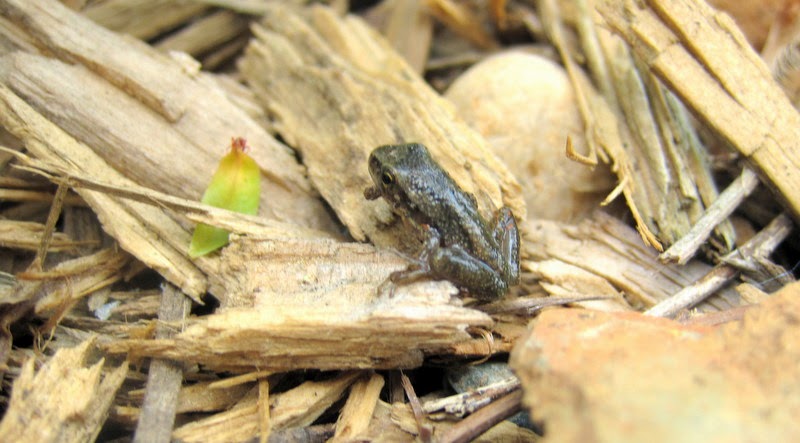 This was a fun project but I was certainly glad to see the last one go. It took no time to hop away into the wild. And it rained that afternoon so hopefully that upped its chances of survival a bit.

Rachel's looking forward to writing up what she's learned in preparation for next year's science fair (we missed this year because she wanted to go to soccer practice instead but hopefully next year soccer will be on a different day). Maybe we'll even have some new frog eggs to raise by then (the science fair seems to always happen in the spring). We'll see.

Until then I'm going to have to find something else to do with our wilted lettuce...
Posted by Nancy at 4:08 PM