Shortly after closing the door on his way to school yesterday, Andrew burst back into the house.

"There's a dead animal in the garden," he said with disgust.

"I don't know what it is. It's either a really big mouse or a really small rat. Whatever it is it has huge hands!" 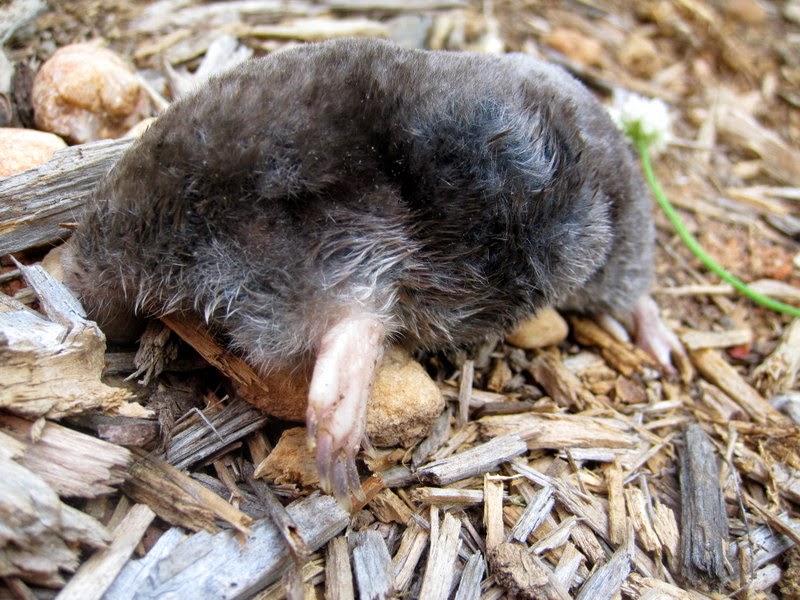 I always thought moles were bigger than they are until we saw one on display at Raleigh's Museum of Natural History. Usually you don't get to see moles since they are secretive creatures, but yesterday was our lucky (or not so lucky) day. We took the kids outside to look at it and Benjamin roared at it for several minutes (because that's what you do to animals—roar at them).

We know we have a mole "problem" in our yard, but it's really not too much of a problem. They're just hunting for worms and things (really they just dig their tunnels and then wait for worms to fall into the tunnel and then pounce on them; "their saliva contains a toxin that can paralyze earth worms" so they can store them away for later use (they only eat them after they've squeezed the dirt out of them, so mealtime is a bit of a process) but apparently they can be crazy fast, too—"the star-nosed mole can detect, catch, and eat food faster than the human eye can follow").

Who knew moles were so interesting?

Andrew was rather creeped out by our deceased friend's apparent lack of eyes. I'm pretty sure this is an Eastern Mole and like most moles it has eyes. They're just "minute" and "degenerative" and "hidden in the fur; the eyelids are fused and sight is limited to simply distinguishing between light and dark." 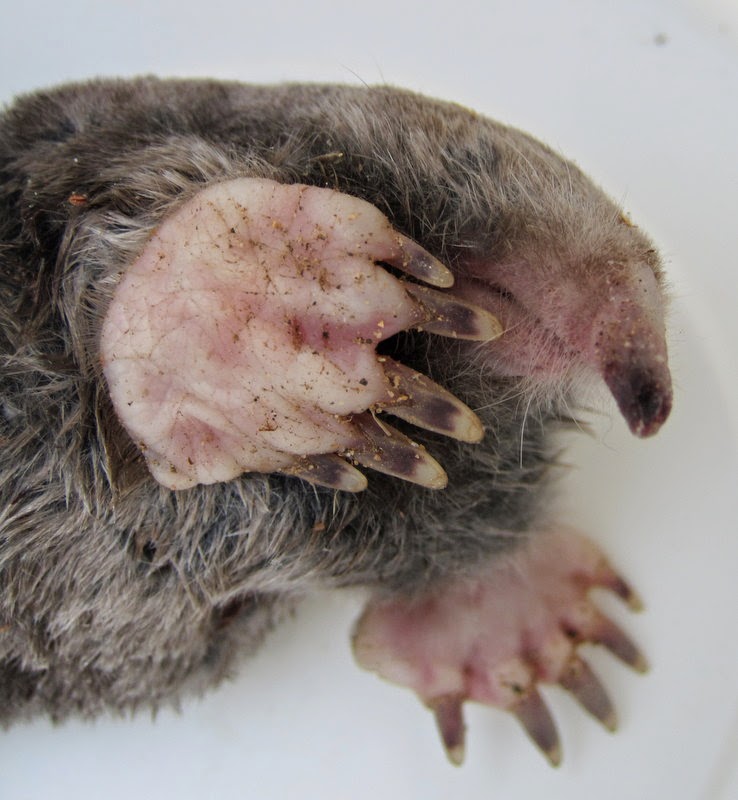 Look at the diggers on that thing, though!

I'm not sure what animal ruthlessly killed this mole and left it in our garden to rot, but we gave the mole a proper burial in our garbage can—in a cool whip container, tied up in a few grocery bags. 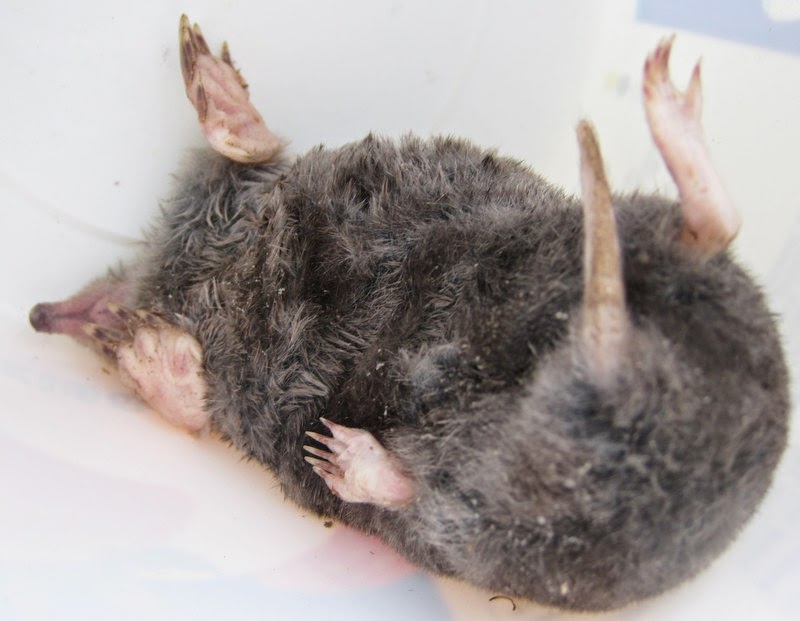 I'm sure the garbage is going to stink to high heavens by the time its collected. And, naturally, the mole would die on a Thursday when trash day is Wednesday. And naturally, it would die when there's a federal holiday pushing garbage collection day back by a day, which means our trash won't actually be collected until Thursday.

Now I'm thinking we should have just left it sitting out there—goodness knows there are enough carrion scavengers in the neighbourhood (crows, hawks, and vultures and the like). Something probably would have picked it up eventually. Oh, well.

At least we know what a mole looks like now.
Posted by Nancy at 10:06 PM