Rachel had her last soccer game of the season today—and, boy, was it ever an exciting one! The girls have all gotten so much better over the past couple of months. They went from standing around cluelessly at the beginning of the season to strategizing on their feet by the end of the season. Today's game was tied 4–4. Everyone was so happy.

Here are the girls doing their cheer at the end of the game: "Go Flying Cheetahs!" 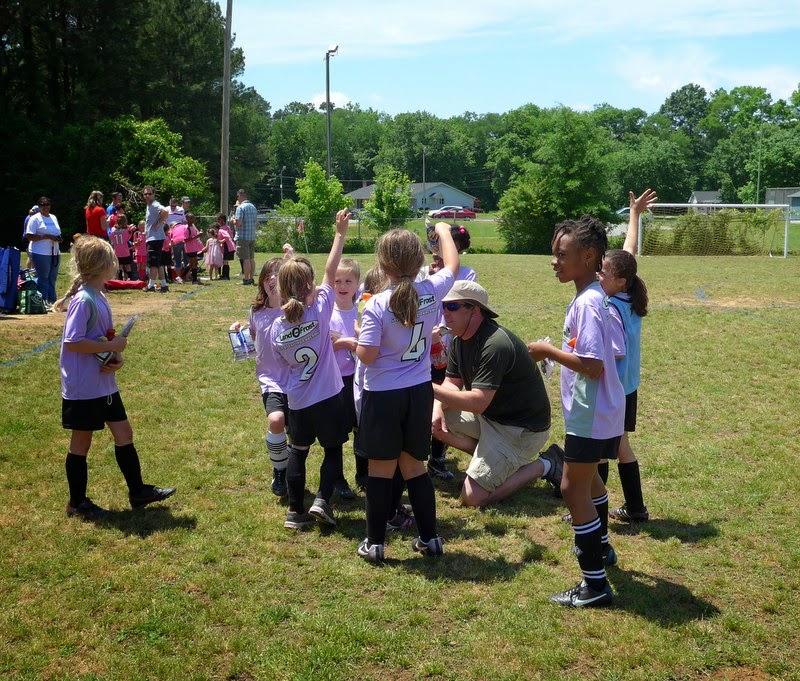 And here's Rachel, happy and tired: 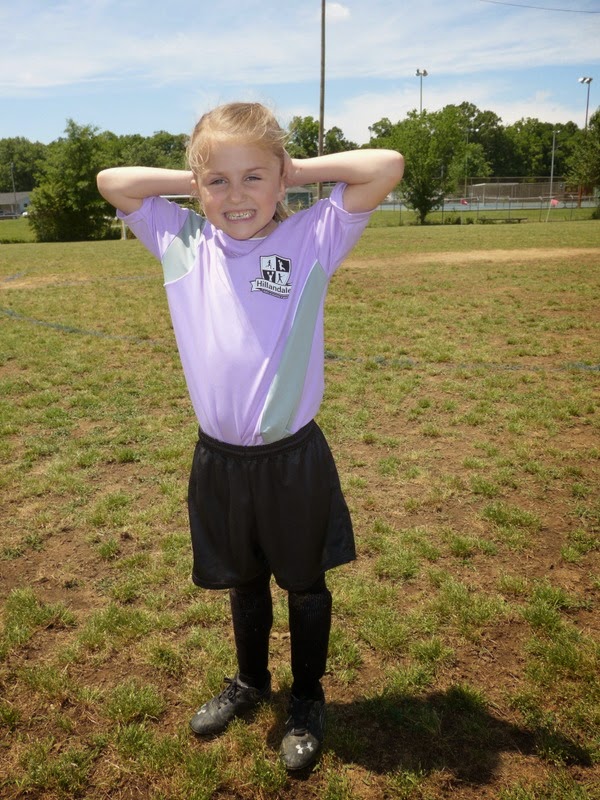 We missed the "professional" photo shoot (it was the same weekend Rachel was home throwing up) so this picture will have to do.

After the game we went to Pizza Inn for a celebratory lunch. It was fun to see all the girls sitting at a table by themselves, just being kids and bonding over pizza. She had some great girls on her team!

When lunch was over her coach gave each of the girls a trophy and told them all to request him as their coach next season. I hope we can make requests like that because he was such a great coach; some of the other coaches seemed to lose their tempers but Coach Moore never did. 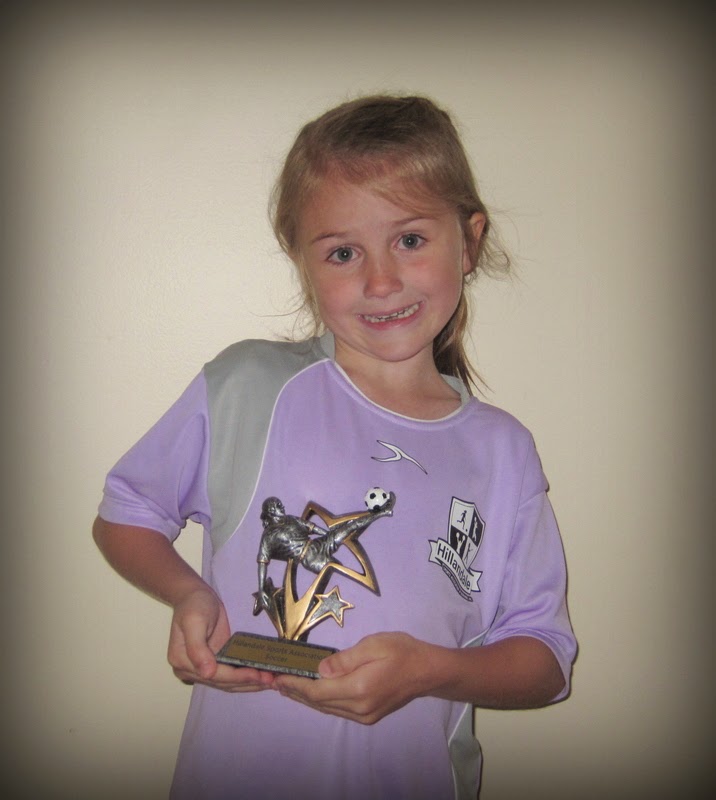 I don't know what we're going to do with all these trophies we'll get if we keep playing soccer. I think the kids get one every season and there are two seasons per year! (Talk about award-inflation!) Rachel's rather proud of her trophy, though. It's proudly displayed on her dresser and I think it will stay there for quite some time.

She keeps talking about playing soccer in the olympics. And Miriam is worried about this because Miriam really wants to be on a two-woman bobsled team with Rachel in the winter olympics.

"I won't have time for that, Miriam!" Rachel told her. "I'll already be playing soccer in the summer olympics!"

Andrew told her that many different kinds of athletes compete in bobsled, including soccer players so then Rachel shrugged and said, "Well, I guess I can do both."

Both girls also have a list of about 5–7 professions that they'd like to grow up to be: librarians, scientists, teachers, ballet dancers, gymnasts, and astronauts among them.

We're not trying to pin them down to anything quite yet. But soccer's fun so we'll probably keep doing it.
Posted by Nancy at 11:57 PM