After packing up camp yesterday morning we headed to the lake for some swimming. The beach was still open despite high waters—and, indeed, the water was very high. When we pulled into the parking lot Andrew said, "That's a weird beach—it's a grass beach!" 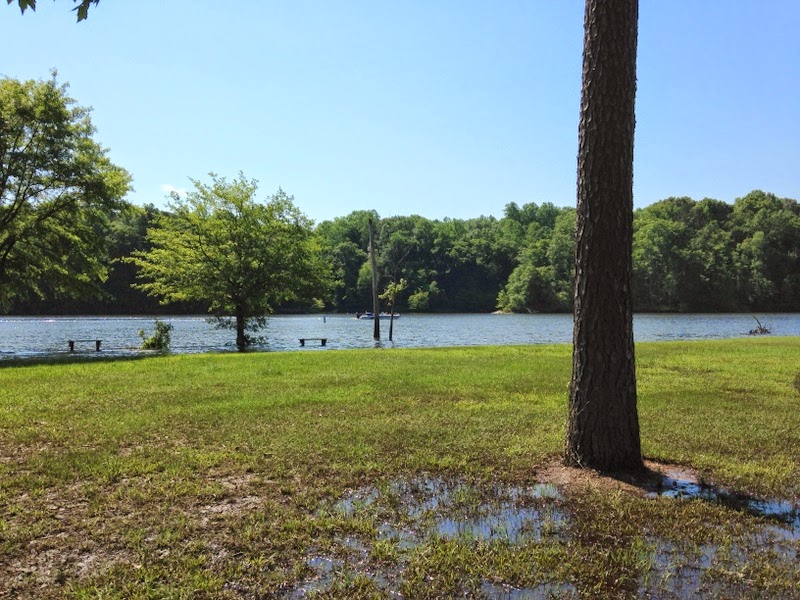 Really it's supposed to be a sandy beach but the water was so high it had entered the park. We had a hard time finding a bench that wasn't waterlogged, but eventually did find one with a puddle in front of it that Benjamin determined was the "baby pool." 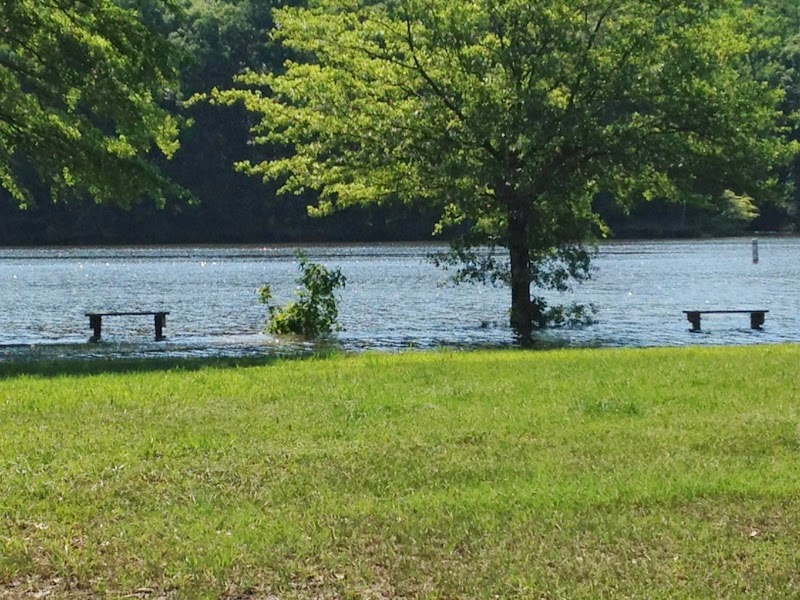 Here are the girls posing on the sidewalk: 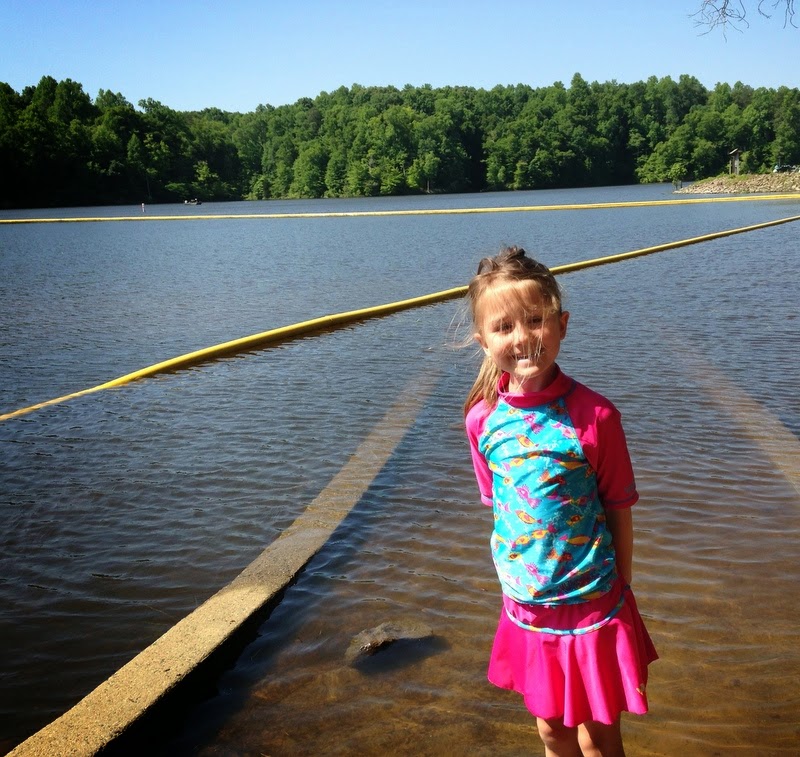 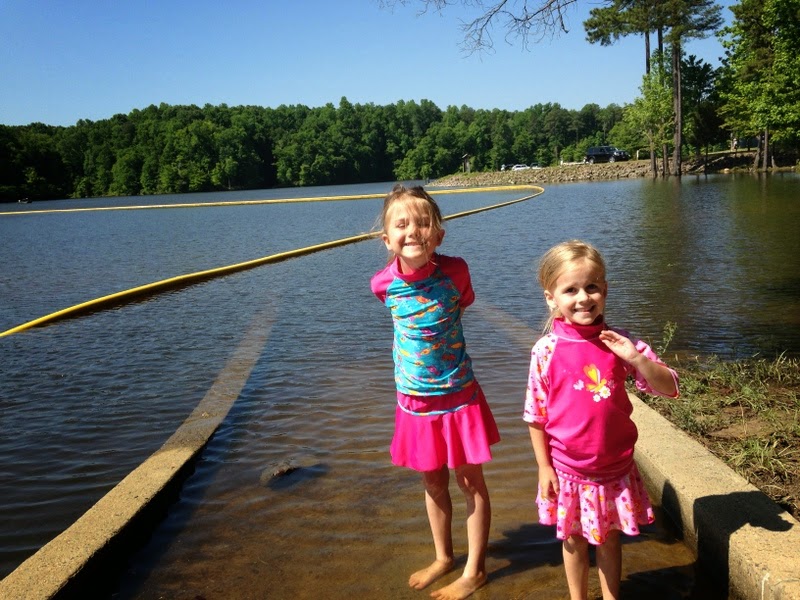 And here are a few views of the lake: 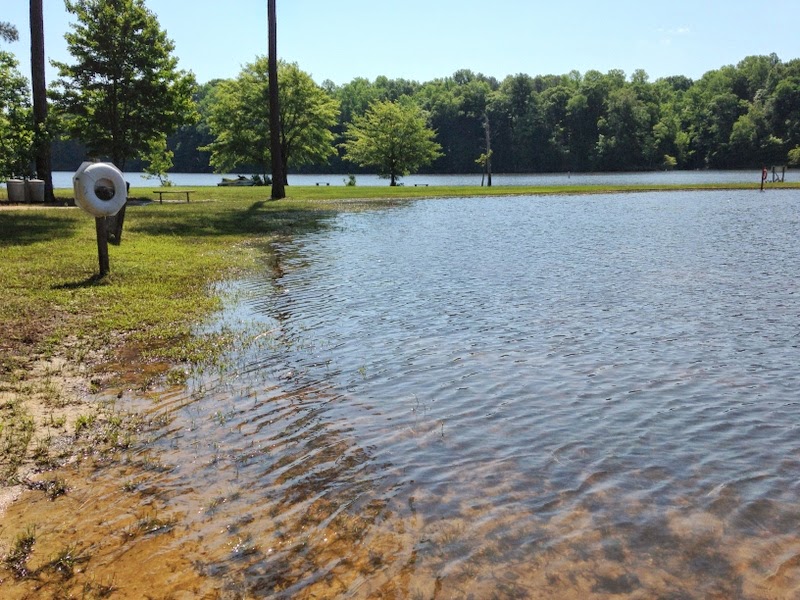 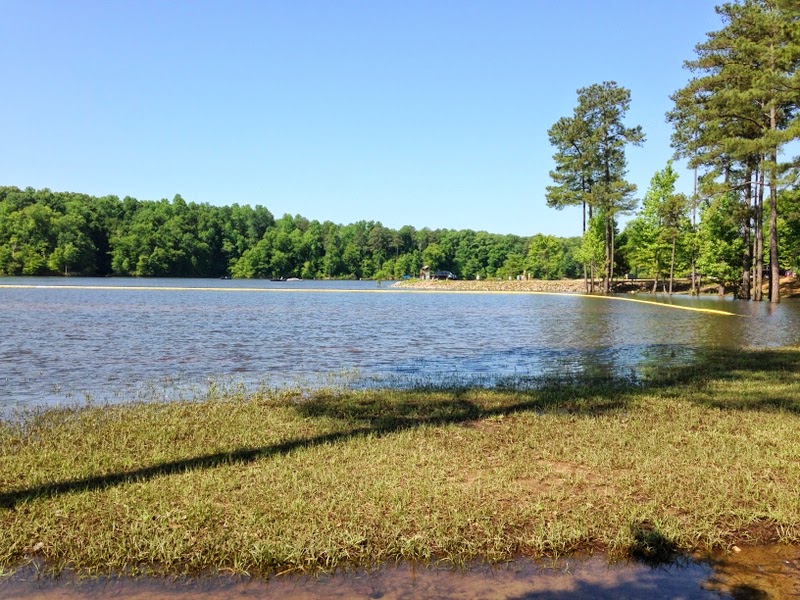 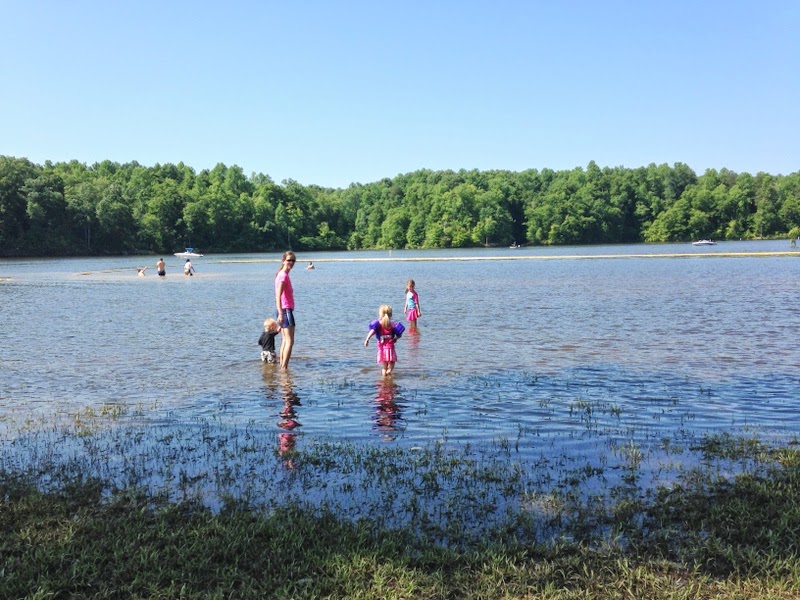 We waded in pretty far and the water was still pretty shallow. 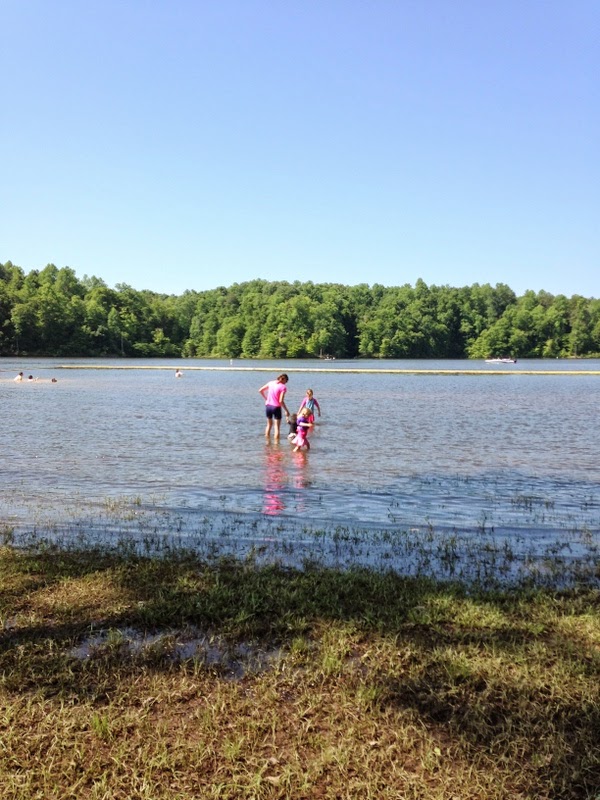 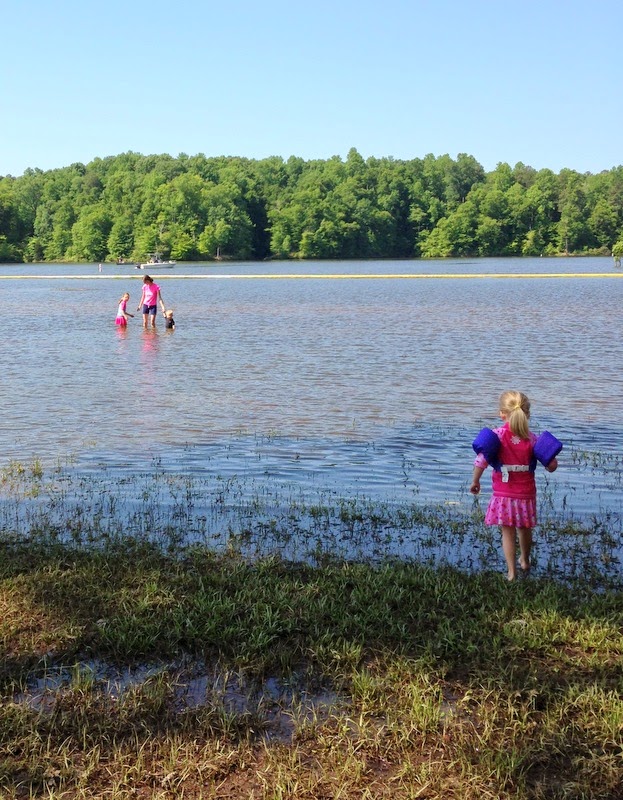 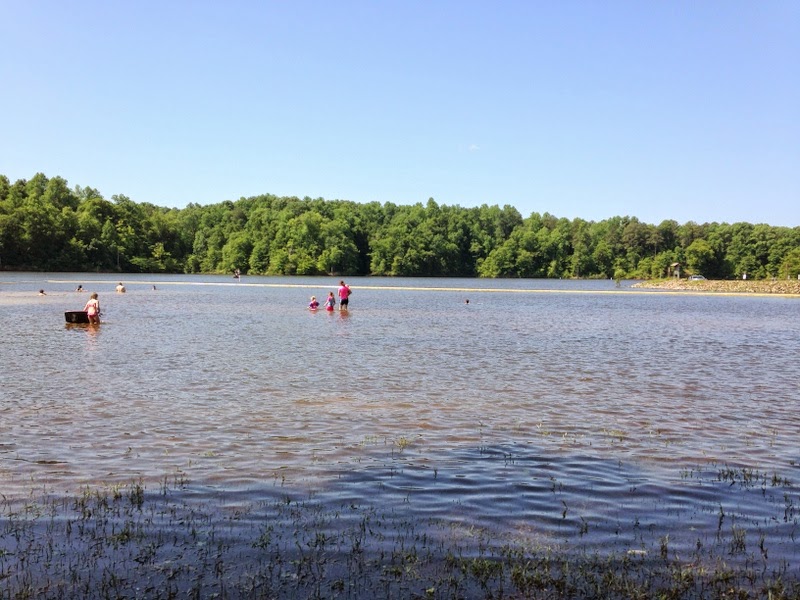 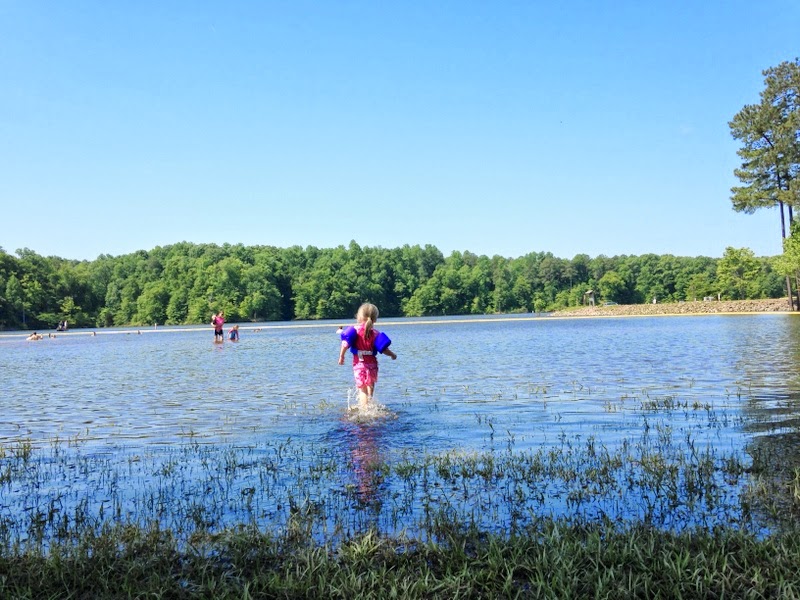 I think, surprisingly, that Miriam got the wettest of us all! 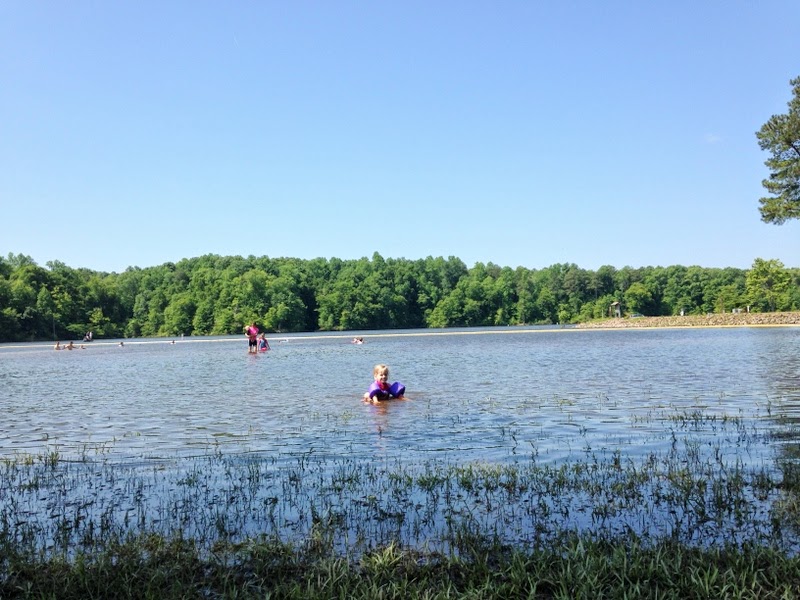 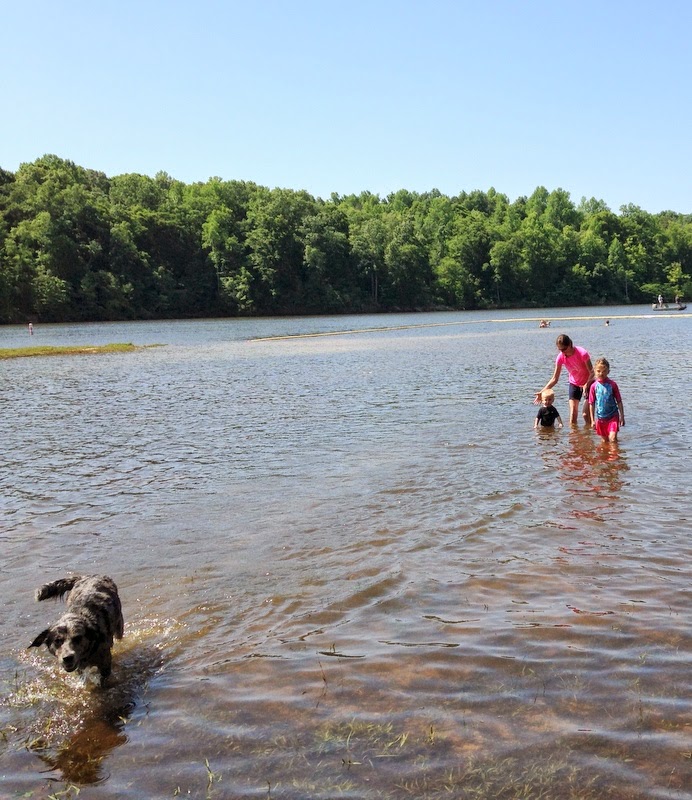 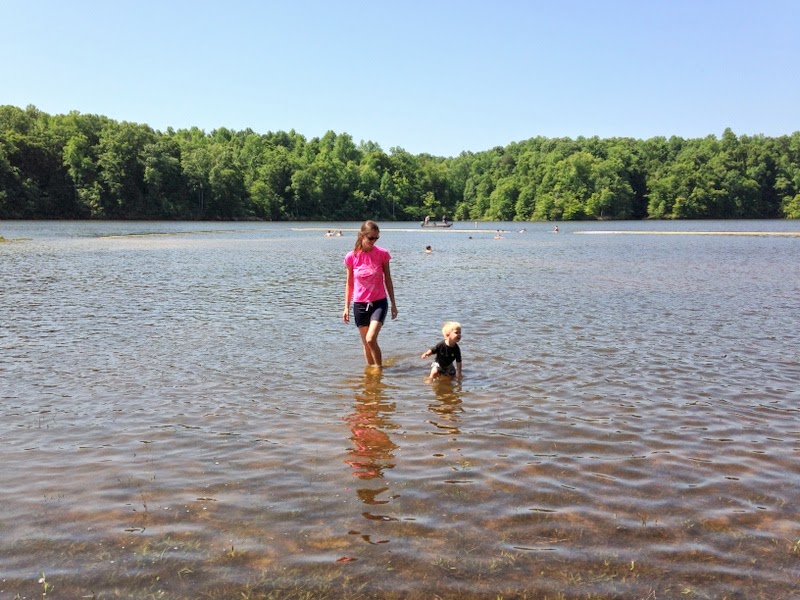 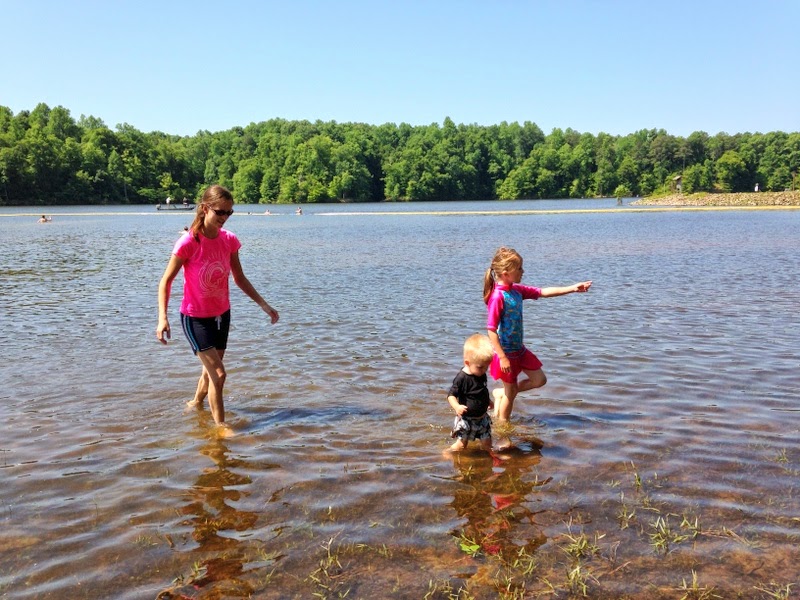 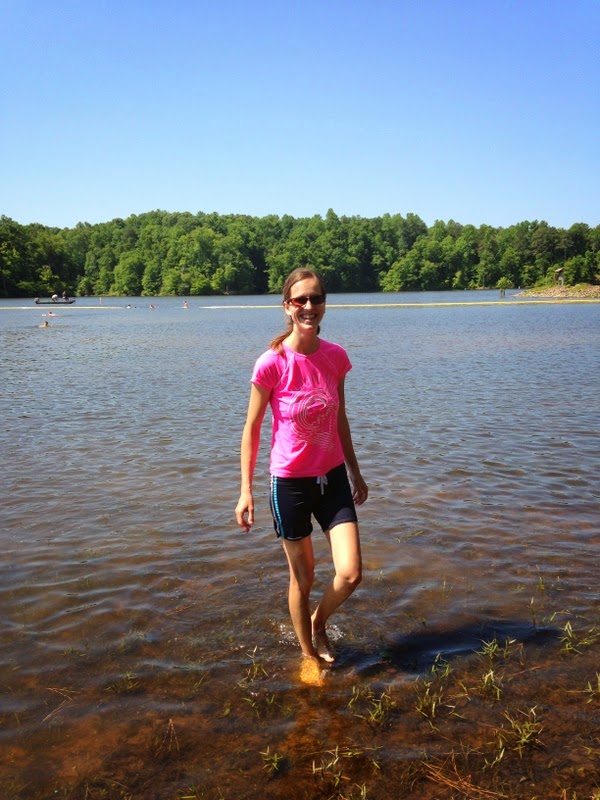 Benjamin actually ended up getting drenched from head to foot, but in his little "baby pool," not in the lake. He was stomping around in his baby pool puddle when he slipped and fell flat on his back. He quickly flipped over onto his tummy and stood back up, dripping wet and very upset. It was apparently rather comical to watch—a few nearby families cracked up at the sight of him floundering in the water, remarking that he "made a good save!"

When we were finished with the lake we played at the playground for a while while we dried off. Andrew and the girls had a blast with the tire swing. 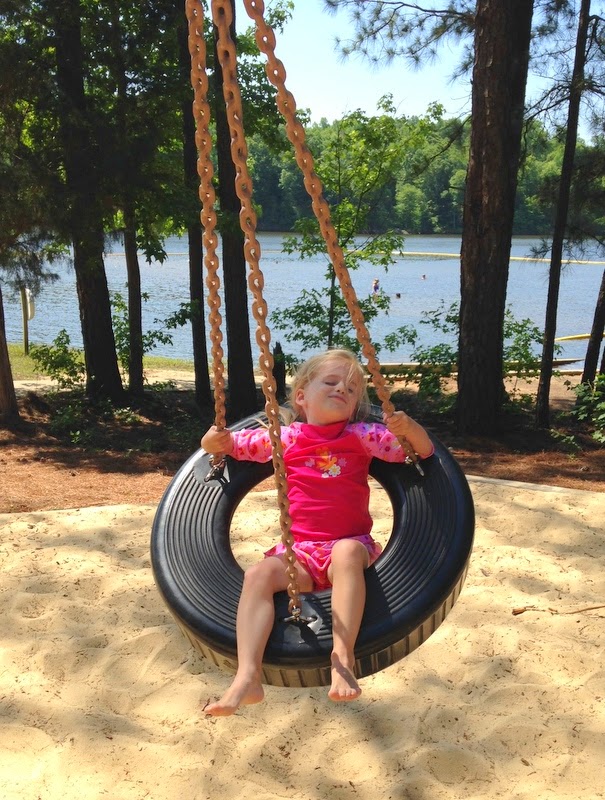 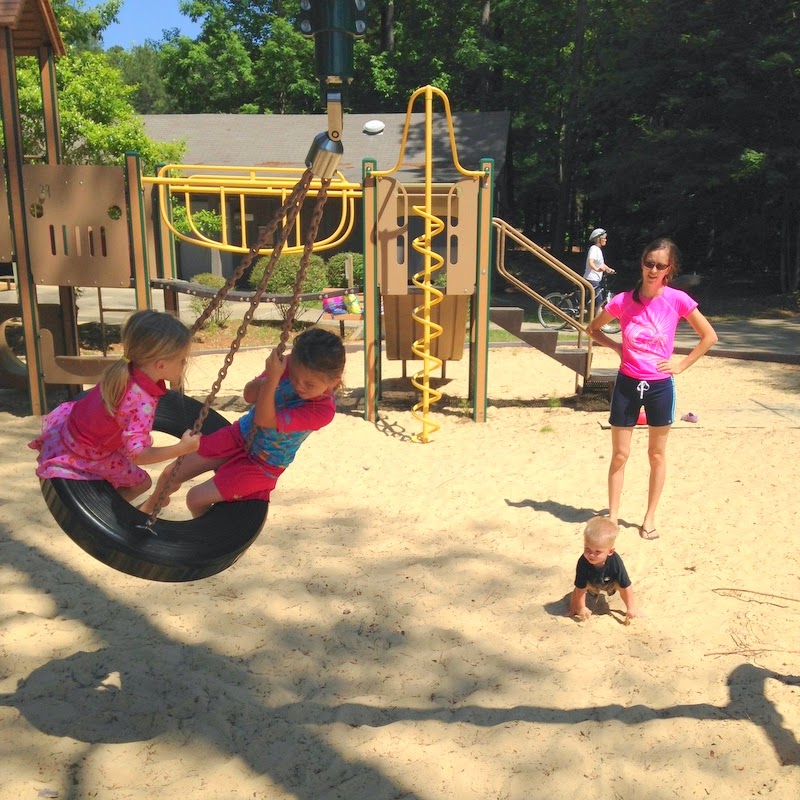 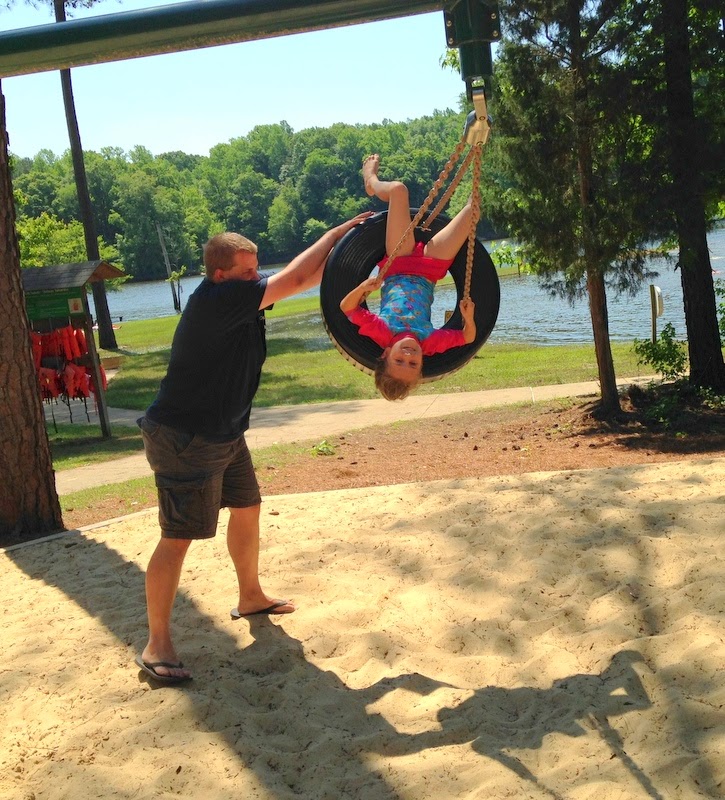 Then we went home and I took the kids swimming at the pool for a couple of hours (where there was no risk of water snakes or alligators or poison ivy or anything). It was pretty busy but we didn't mind because we knew most of the people there—it's like we've lived in the neighbourhood for a while—and the girls had fun playing with their friends.

It was a rather exhausting weekend but we're already looking forward to our next trip, which will be to combine the beach and camping into one experience. Andrew did a lot of research last night and it looks like Okracoke is going to be the best bet for us...but we still have a bit of research to do!
Posted by Nancy at 12:16 PM