Daddy and Rachel went to a soccer game...

The US National Women's team played against Switzerland today in Cary and Andrew just couldn't resist taking his budding soccer player to the game. She has been counting down for a couple of weeks now and could hardly stand the excitement today. 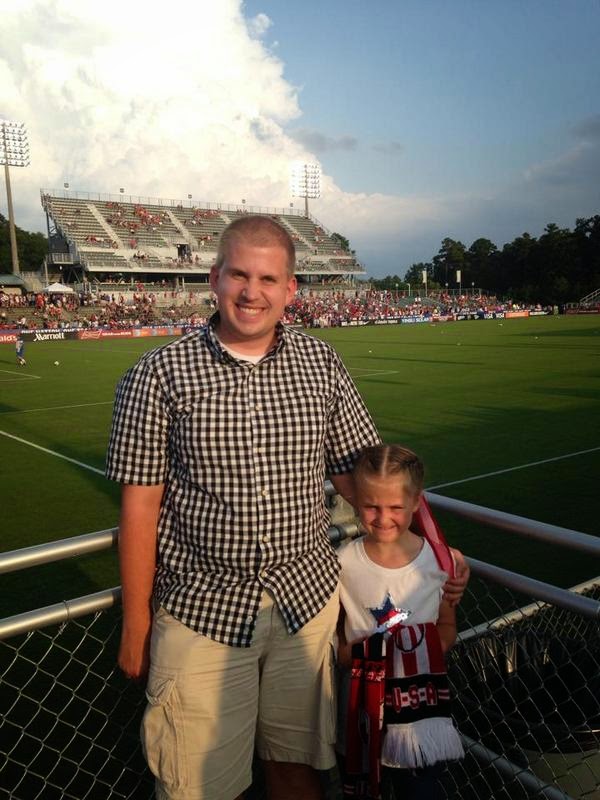 There was no school today so she spent quite a bit of time playing soccer outside with her friends. That's how she got those grass stains on her shirt. She did the same thing to another nice, light-coloured shirt yesterday. And she's officially been banned (twice now) from wearing such things while playing soccer. 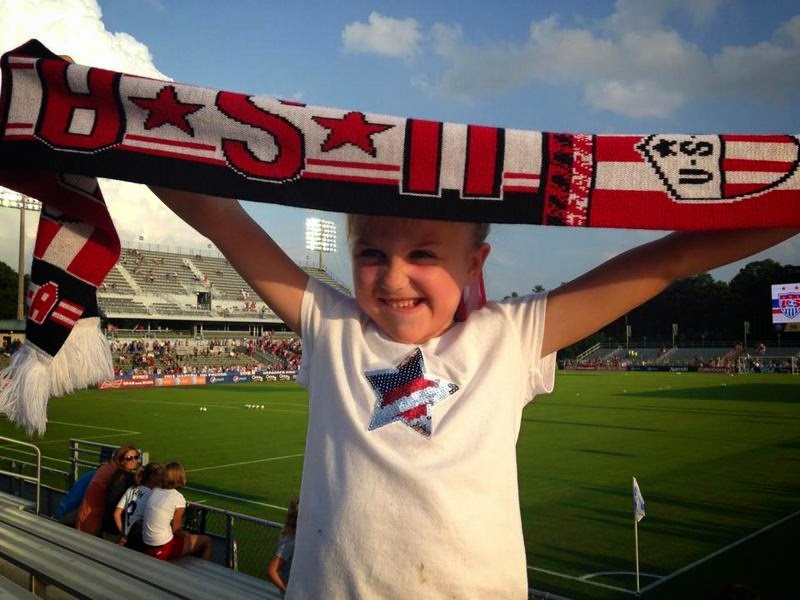 We just got her team assignment for the fall, only with the assignment was a notice that they didn't have a coach yet so guess who volunteered.

But luckily another dad did, too, so it should be okay.

Rachel's excited for this next soccer season to start. I don't think she'll be so excited for school tomorrow. She and Andrew didn't get home until after 10:30 and she, of course, was gushing with excitement.

I let her talk for a few minutes before sending her to get ready for bed. Morning's going to come early for her...
Posted by Nancy at 11:53 PM