We had the Snells over for dinner a few weeks ago—my brother served with Brother Snell in Brazil many years ago and now he (and his wife and kids) are in our ward in North Carolina (small world)—and they told us about the old dinosaur trail by the Museum of Life and Science. The old brontosaurus still stands—a derelict sentinel—along what was once the dinosaur trail but is now just part of a park. We haven't ever found it, but the Snells have. And we need to because... 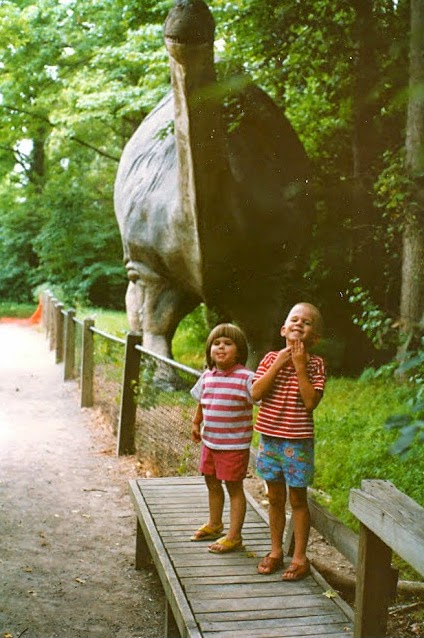 ...I believe—though I'm not certain—that it's this dinosaur.


Taking that trip down Andrew's memory lane was our plan for FHE tonight. But then it rained. A lot. And we didn't end up going on our dinosaur hunt. Instead Rachel gave us a lovely lesson on sharing (rehashing the lesson she learned at church yesterday—her teacher gave her all her props and everything). 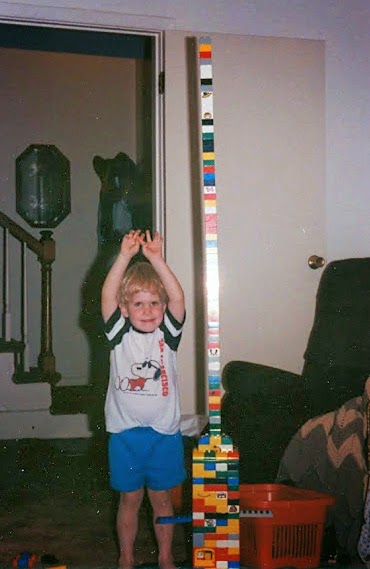 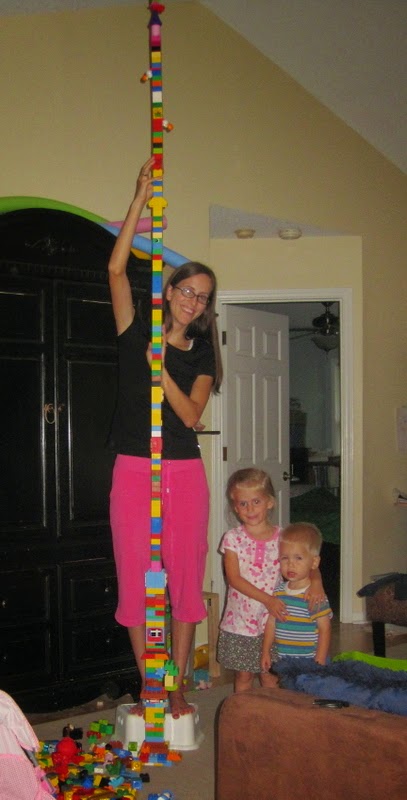 Here's a picture of the tower crumbling while Rachel attempts to hold it up for a picture—note how Miriam is ducking for cover: 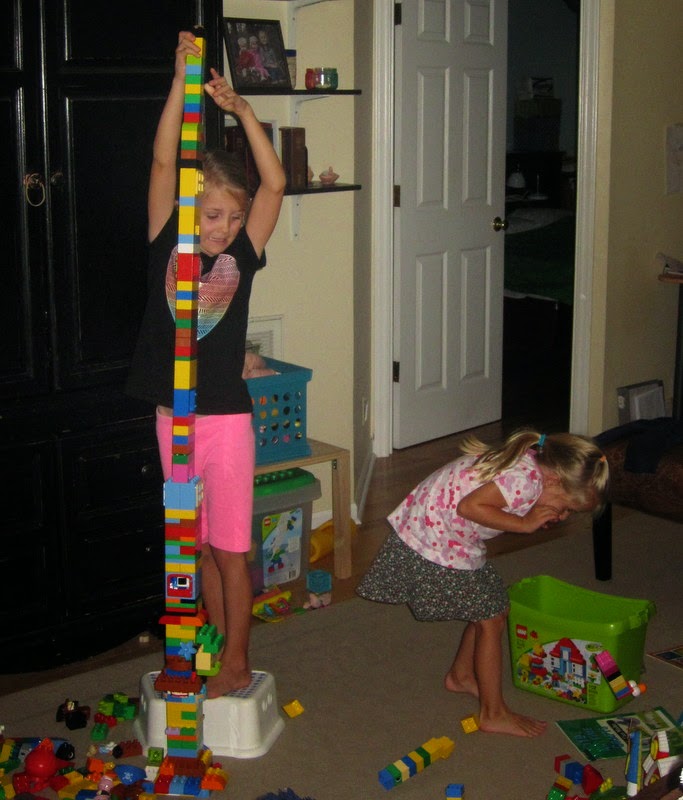 If you look carefully you can see falling pieces, but they're a little hard to spot because they blend right in with the pieces already on the floor. There's a chunk to the right of the bucket, one by Miriam's heel, and one by the stool Rachel's standing on. I'm sure there are others hidden around.

Here are my cute girls with the remains of their tower: 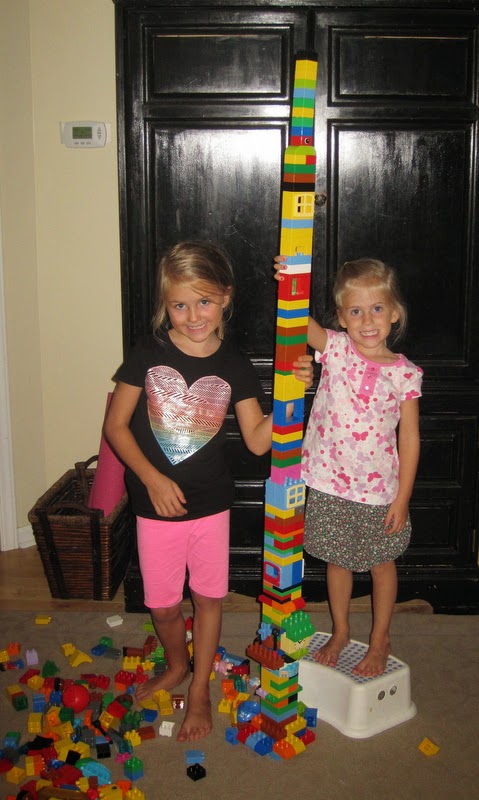 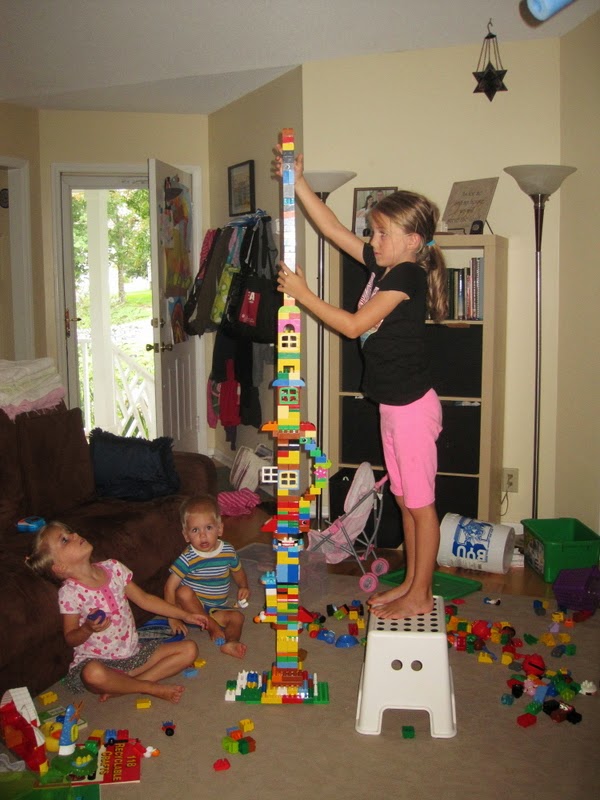 This picture is here simply because of Miriam's face. She was slightly excited about this project. 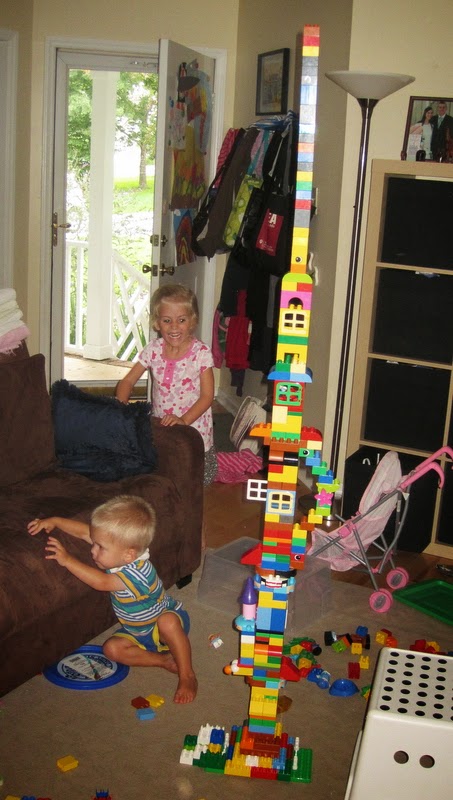 Eventually Rachel asked if she could bring out the step ladder. 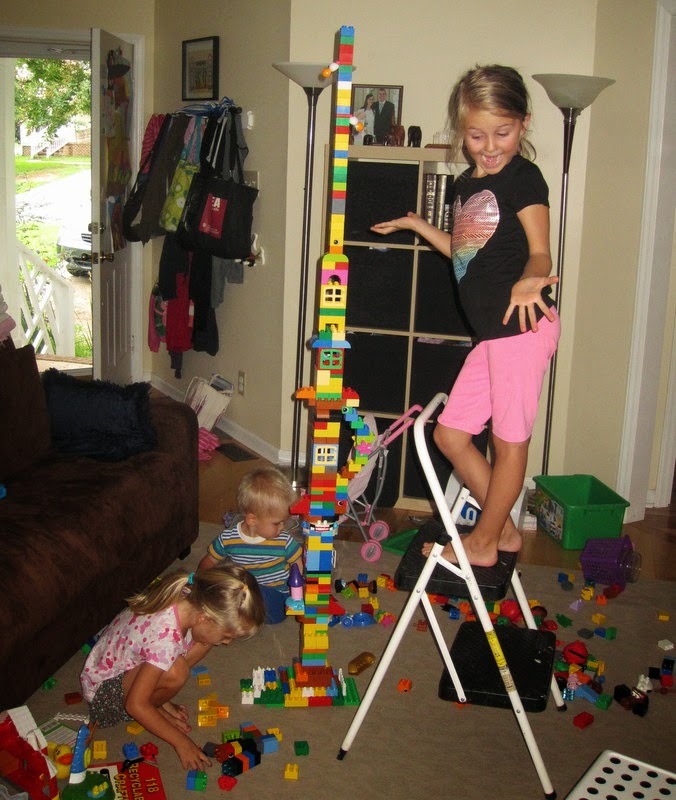 She finished it by making a tall tower of 2x2s and attaching it after she built the rest of the tower as high as she could (so the tower extended well beyond her reach). 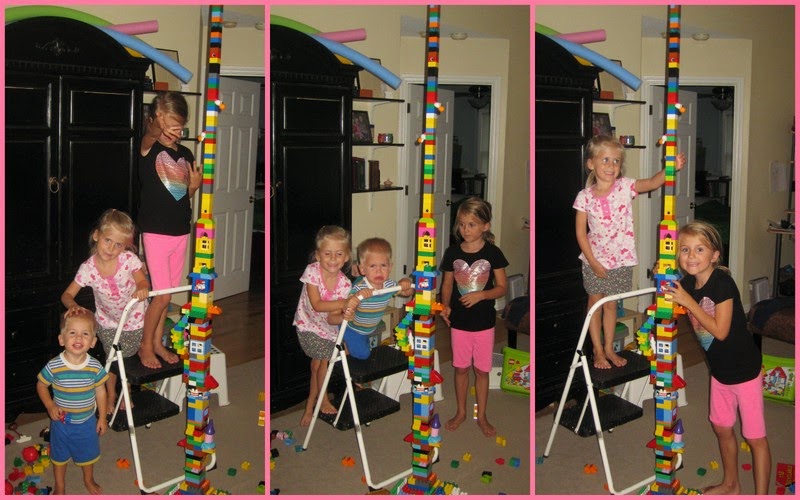 We left the tower up for Daddy to find when he came home from work. He was rather impressed. 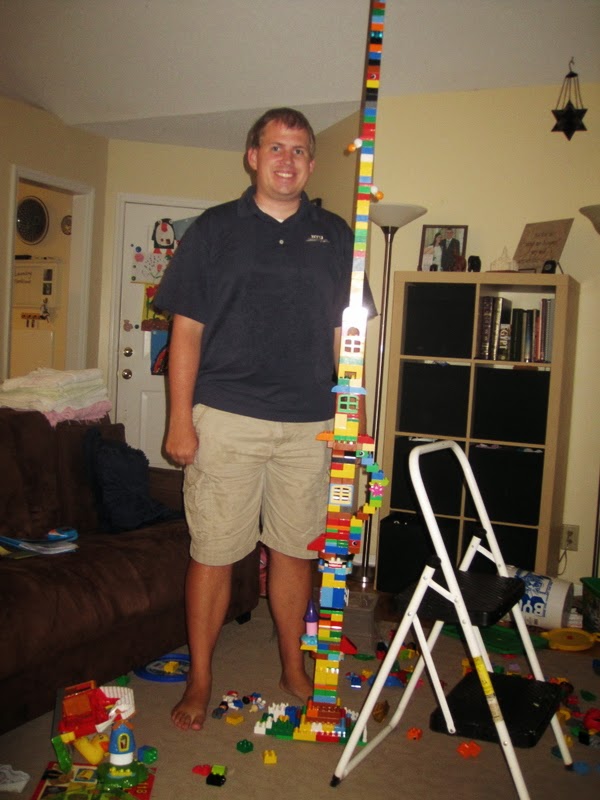 And then we made him stand in awe of the tower just like he did 25 (or so) years ago: 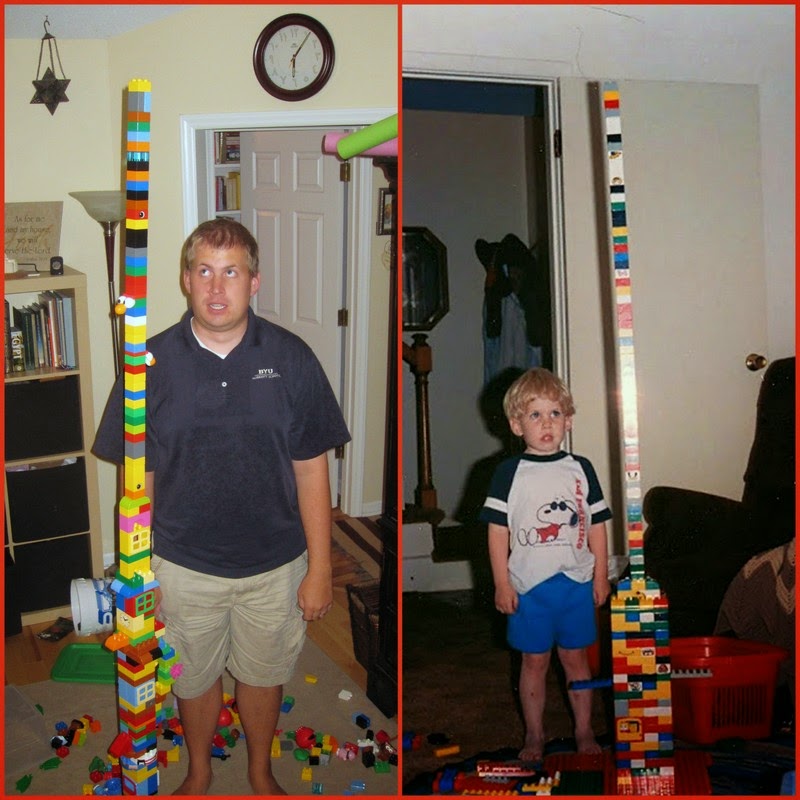