Yesterday I got up and showered before my little ones were awake and when I came out into the living room I found Benjamin at the table getting breakfast for himself. He got a bowl out (thank goodness because it drives me crazy when he empties packages directly onto the table/bench/floor) and was digging out handfuls of cereal for himself. All he needed help with was pouring the "mik" and getting a "shoom" from the silverware drawer. 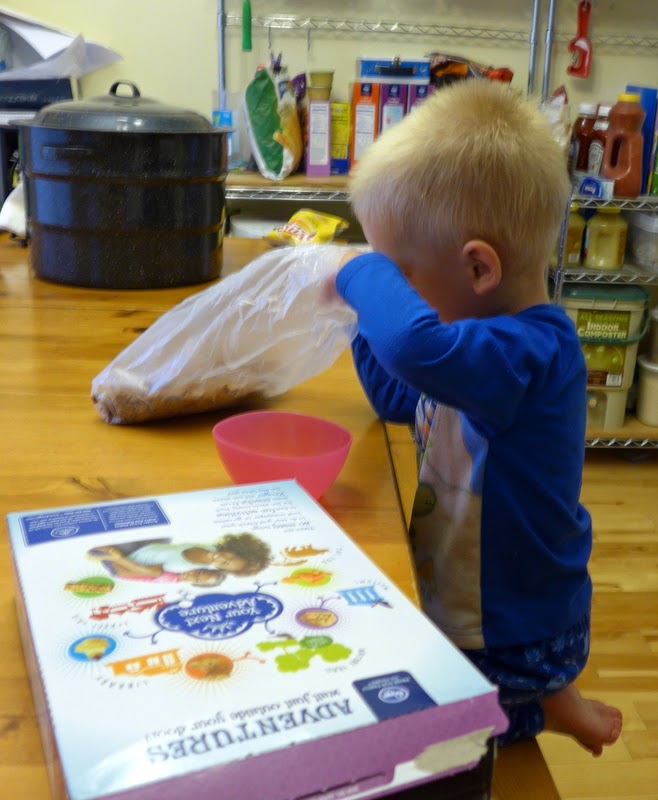 As my friend Sara Lewis pointed out, he's just about ready for college!


We had friends over to play yesterday and I'm pretty positive the kids got out just about every toy we own. Our friends helped us clean up the living room before they went home but I completely forgot to check the bedrooms. Benjamin's room was a disaster.

I made the kids go in to clean it while I did the dishes. They did a decent job—it wasn't perfect, but it was much better than it had been. While they were cleaning the girls decided they'd also help Benjamin into his pyjamas. Somehow he ended up wearing one of Rachel's pyjama shirts instead of one of his own. They decided he looked like Dobby from Harry Potter. Benjamin was thrilled with the attention they lavished on him because of this. He says Dobby the exact same way he says double-u (Dah-boo), which happens to be his favourite letter. 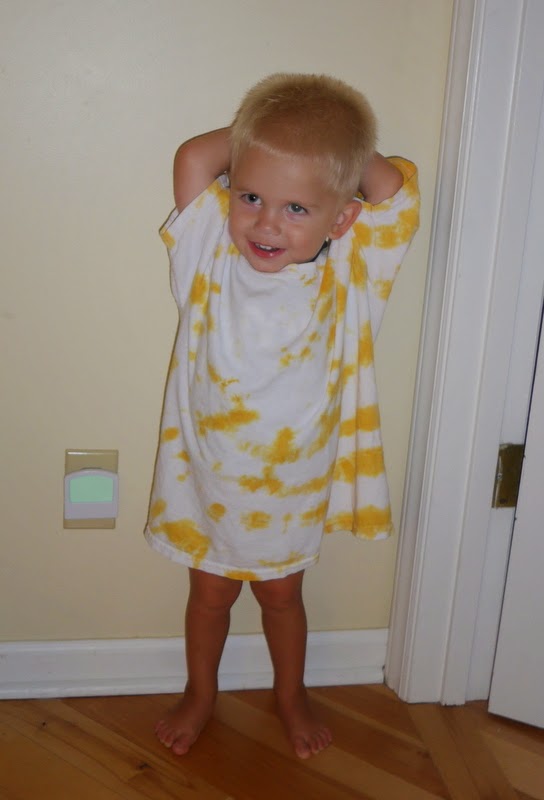 This evening Benjamin was begging for his "Dah-boo jammies" but I'd thrown them in the washing machine so he had to settle for truck pyjamas. It's possible Benjamin will end up being Dobby for Halloween this year. The girls are quite settled on the idea and Benjamin doesn't quite have an opinion of Halloween yet.

I never imagined that "Harry Potter" and "Dobby" would some of my baby's first words, but somehow it happened. He's still not solid on all his animal sounds yet but he speak fairly fluent Harry Potter, so I think he'll turn out alright.

He was pretty anxious for dinner this evening (he's anxious for mealtime all the time, truthfully) so to keep him from pestering me in the kitchen I asked him to set the table. He set it so carefully yesterday, setting out plates for himself and "Mimi" and "Sasha."

Tonight, however, he must've thought we were feeding an army because he got out every plate we own (he's carrying a stack that you can't see): 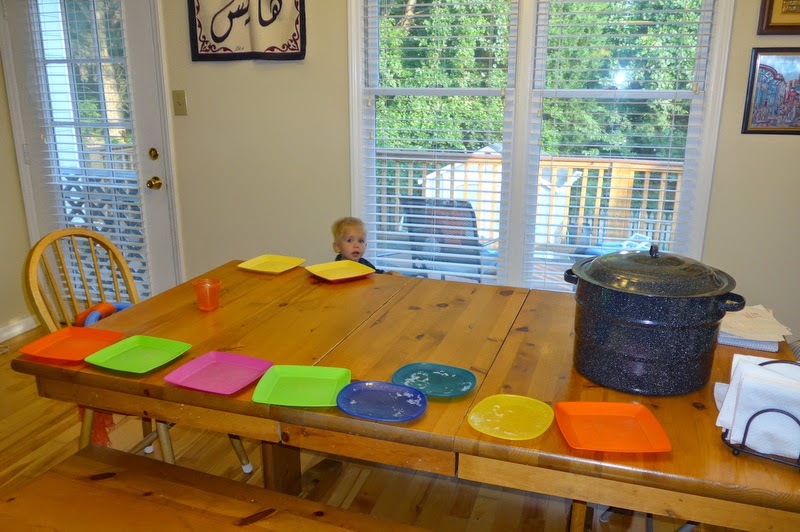