Yesterday was Miriam's first official day of preschool. Since Benjamin and I had joined her for the open house she hadn't realized that I wouldn't be coming inside with her and instead would just be dropping her off.

"What? What?" she sputtered when I told her that she was supposed to practice her independence—getting out of the van on her own, going inside the preschool by herself, taking off her shoes, hanging up her book bag, and so on. "You're not coming with me?!"

"Nope. I'm just dropping you off. Is that okay?" I asked.

So apparently she's more than ready for some independence. 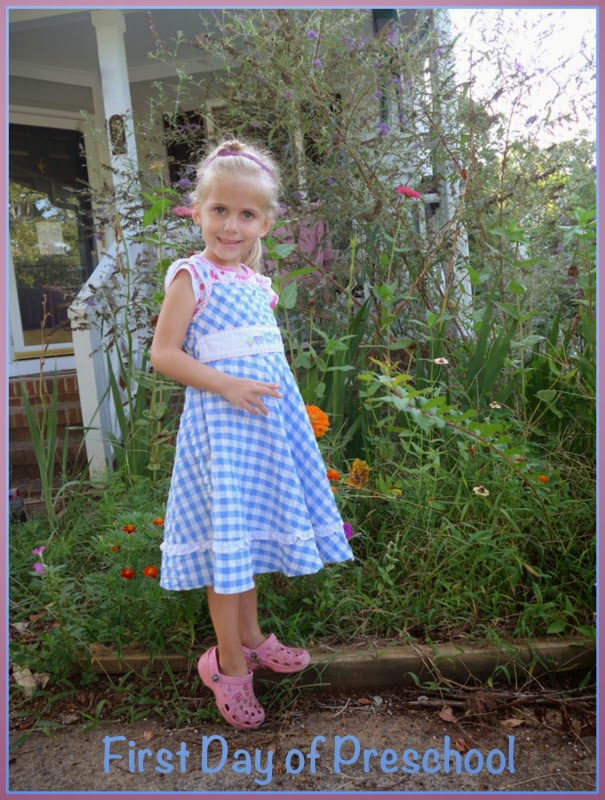 I did help her out of the van yesterday because she had so much to carry (school supplies and the like) but hopefully she'll be able to do it on her own next week (though I had trouble opening the front door, so she might struggle with that as well).

Benjamin had a complete meltdown in the van (yes, yes, I left him in the van—in the cool of the morning, with the sliding door open, parked in the shade, for like thirty seconds, while I was like twenty feet away—give me a break) when he saw me coming back without Miriam. 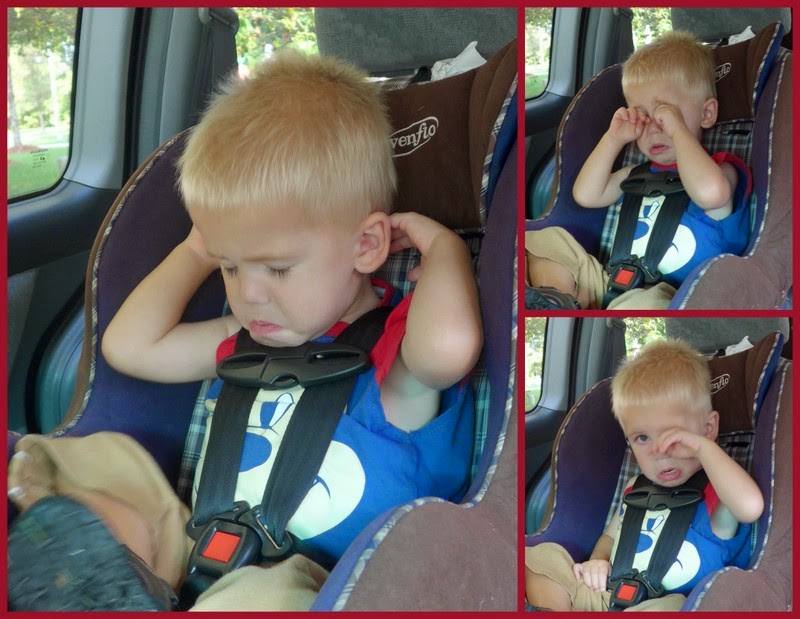 He and Miriam are buddies and have hardly gone an hour without seeing each other for Benjamin's entire life. Leaving her at preschool was earth-shattering for him. But he got over it.

It was fun to have some one-on-one time with this little guy. 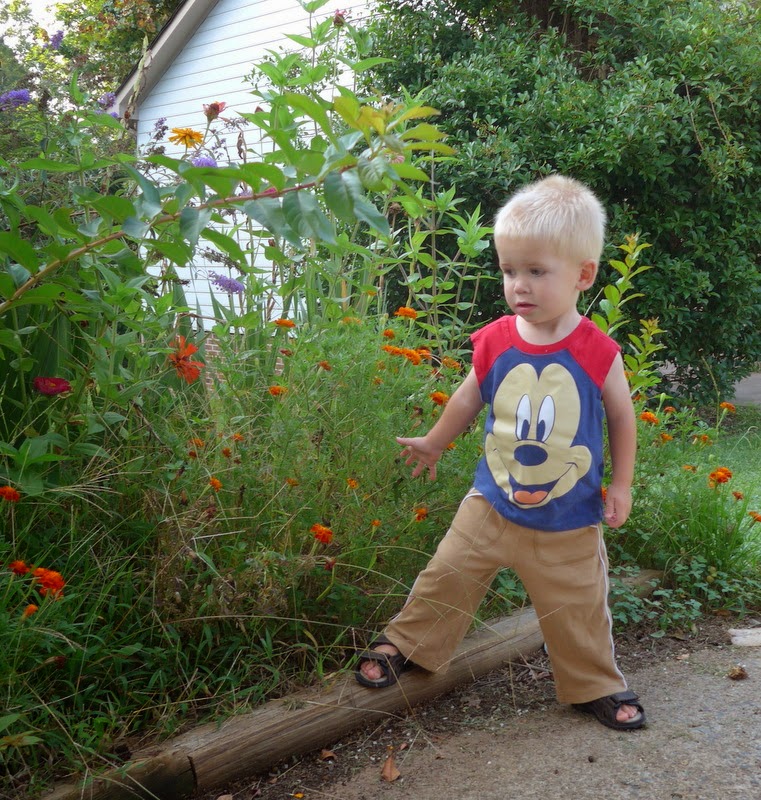 Also, my poor garden this year! I was so sick in June (do you remember that? I certainly do) and when I finally emerged from my bedroom all my garden plots were thick with jungle overgrowth. I was still too exhausted to try to reclaim them so I kind of...surrendered. And so, while weeds have taken over my flower beds, flowers have magically taken over my vegetable garden (seriously—the zinnias in the backyard are insane).

I figure we'll just pull everything up later in the fall and try a little harder to keep things under control next year.

Also, we found this crazy spider, aptly known as an arrowhead spider: 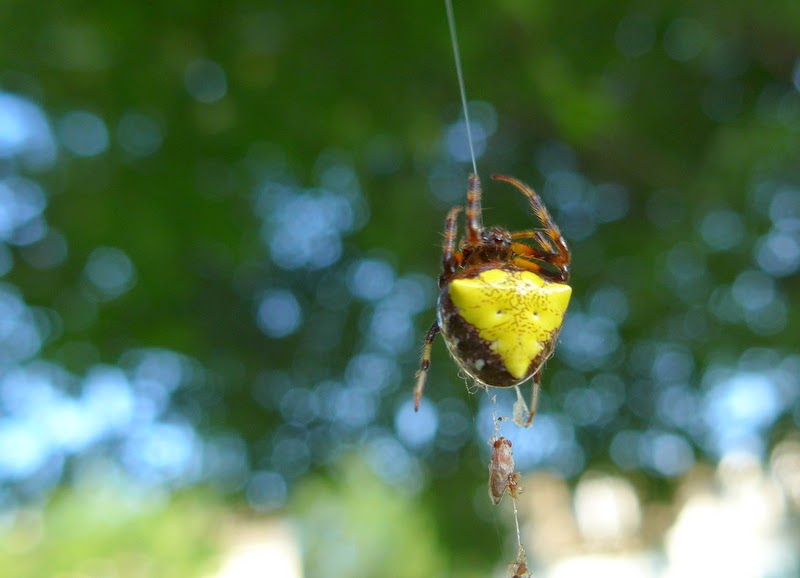 Anyway, Benjamin and I had a good morning together, doing Benjamin kind of things, and Miriam had a fantastic time at preschool.

She came home with her book bag and showed me everything inside and then we had lunch and I put Benjamin down for a nap. Miriam asked to watch a show, so I told her she could and she hugged her book bag the entire time she was watching. She held onto her bag the entire afternoon until Rachel came home from school. Then she unpacked it again and showed Rachel everything that was inside it.

"Can I make a countdown chain until next week?" Miriam asked.

She was rather disappointed when I told her that she couldn't.

"But I made one to count down until this week!" she argued.

"Yes, that was the countdown to the first day of school," I said. "You can't make a countdown every week though. That's just too much counting down."

Needless to say she's super excited for next week when we'll start our little co-op group, too!
Posted by Nancy at 1:33 PM