In an effort to convince you that I don't just sit around feeling angry all day (I don't, I promise, but sometimes I just...ugh), here are some pictures of my boy watching bugs.

We found a dead hornet/wasp on the road. I this is the same kind that had a nest by the pool. They're rather huge and intimidating when they're alive. Look at the stinger on that thing! 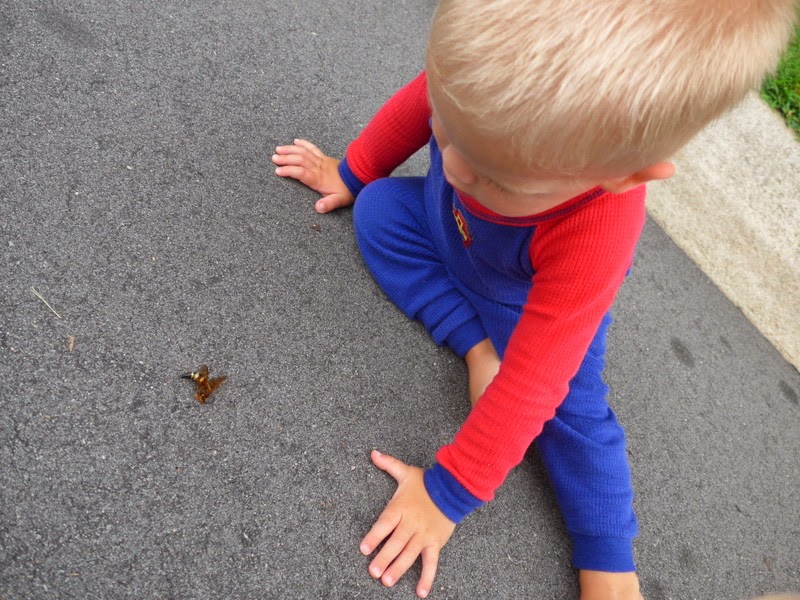 Benjamin didn't want to come inside after finding that wasp/hornet (it was a pyjama walk, which meant it was time to go to bed and he knew it), so I told him that we'd stop to smell the flowers on the way inside. The only flowers Benjamin can smell in my garden without assistance are marigolds. He's too short for everything else. So I lifted him up so he could smell a gladiolus blossom and we were quite surprised when he came face to face with a praying mantis. 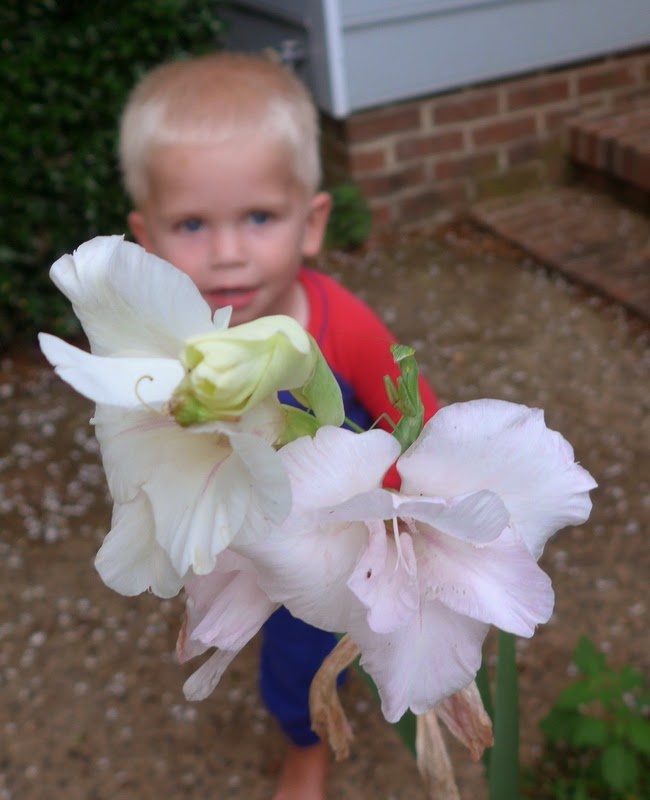 I think these creatures are majestic. 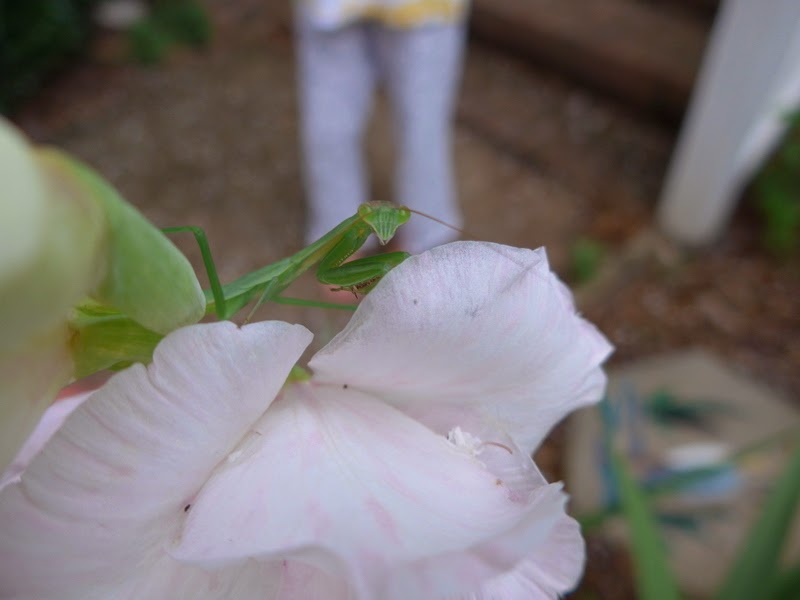 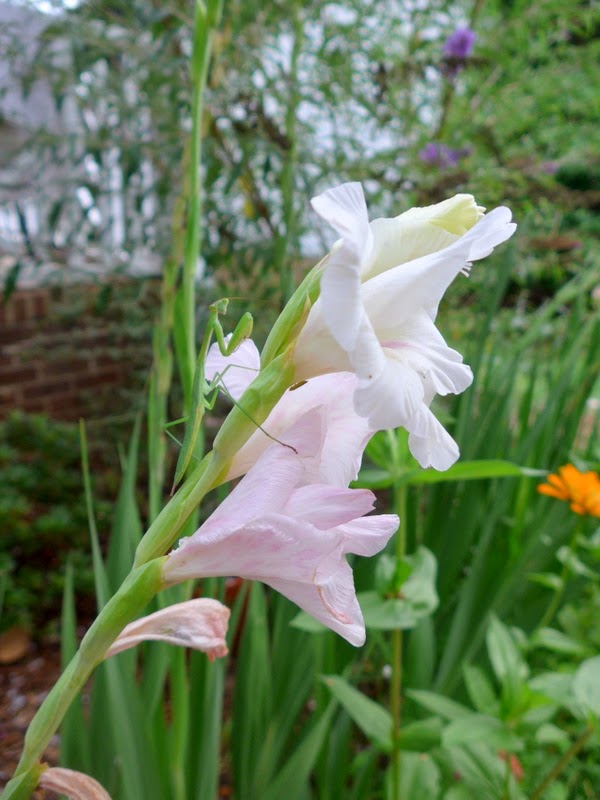 These creatures on the other hand, are just plain funny. Or they would be...if they weren't so poisonous. 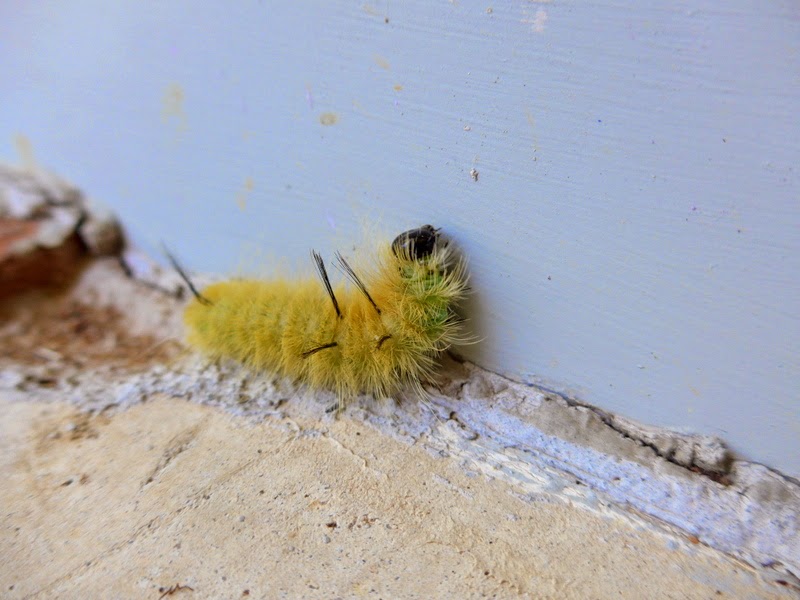 It's an American dagger moth caterpillar and those fuzzy tufts of hair are anything but cuddly. We did a lot of looking but no touching. 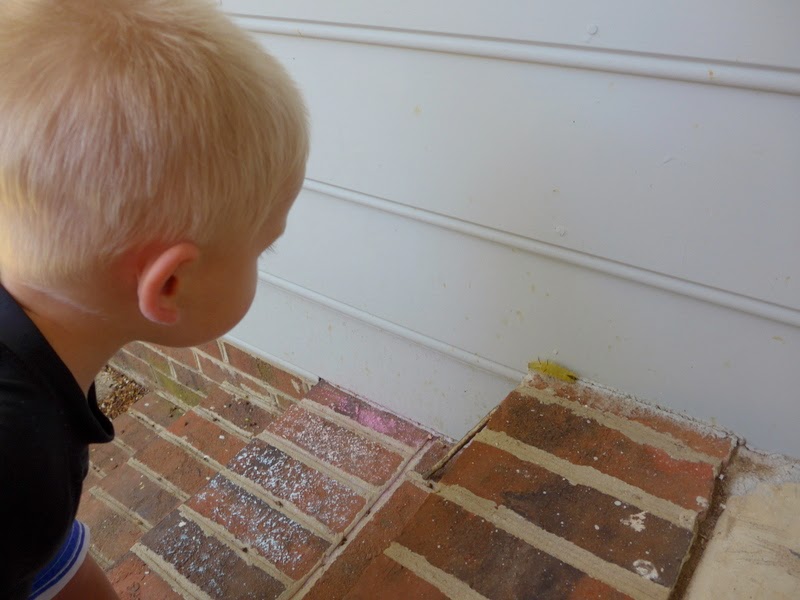 Benjamin's not quite as enamoured with butterflies this year as he was last year, but he still thinks they're pretty cool and we all enjoy watching them enjoy our butterfly bush. The Eastern Tiger Swallowtail is one of our most common (and obvious) visitor. 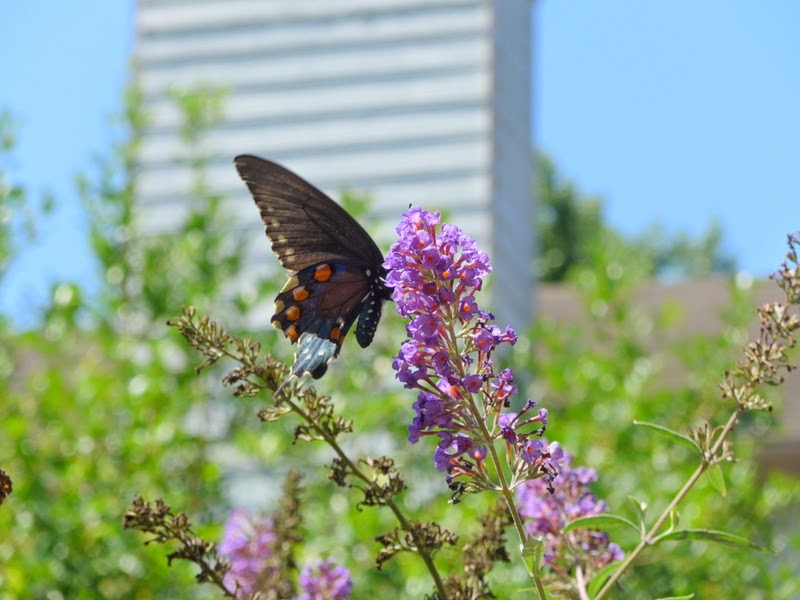 But the other day we saw this curious-looking fellow: 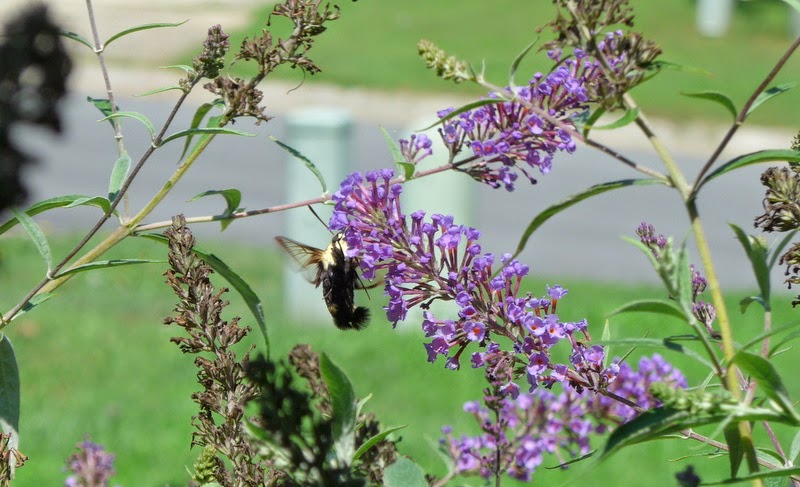 It looked and acted like a hummingbird but something about it was just off—was it the fact that there was no hum accompanying its rapidly fluttering wings? Was it the antennae sticking out of its head?

I had to follow it around for quite some time before I managed to snap a decent(ish) picture. I know it's a clearwing moth of some sort, but I'm not quite sure what variety it is. It was fascinating to watch, however.

We get a lot of hummingbirds around here, anyway—we had one just buzzing around the storm door the other day, looking in at us—so I suppose it's good camouflage, though hummingbirds are known to be aggressive and butterflies not-so-much, so do these moths just flee the flower any time a territorial hummingbird happens by? Surely they have no means to stand their ground.

And just so my mom feels better about her tomatoes, these caterpillars appeared on mine and ate everything from the flowers to the fruit to the leaves. Chomped them to bits. You could hear them chewing. There was no stopping them. 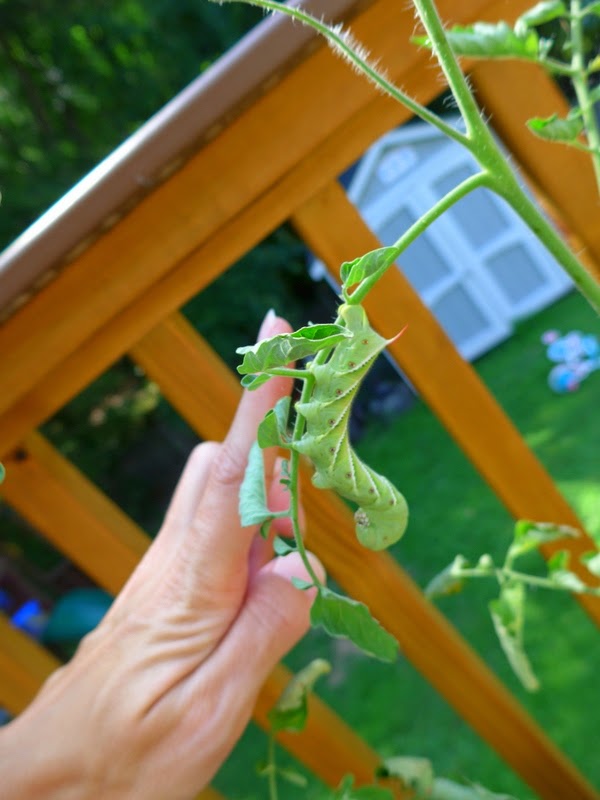 They left behind sad little stalk that are desperately trying to salvage their existence. I've gotten three cherry tomatoes. Benjamin ate two of them. Miriam ate the other.

I figure that even if we don't have any tomatoes we'll at least have interesting butterflies/moths to look at later...
Posted by Nancy at 12:53 AM