Bean Museum and Canoeing at Daybreak

We headed back down to Orem on Wednesday (July 8) to spend some more time with my side of the family. Our first stop was my parents' house, where Benjamin was more than happy to set up the "roller coaster" racetrack again. The kids (including Andrew) had a lot of fun with it. At one point Benjamin was lying between the tracks and cars were jumping over him (and into him)! 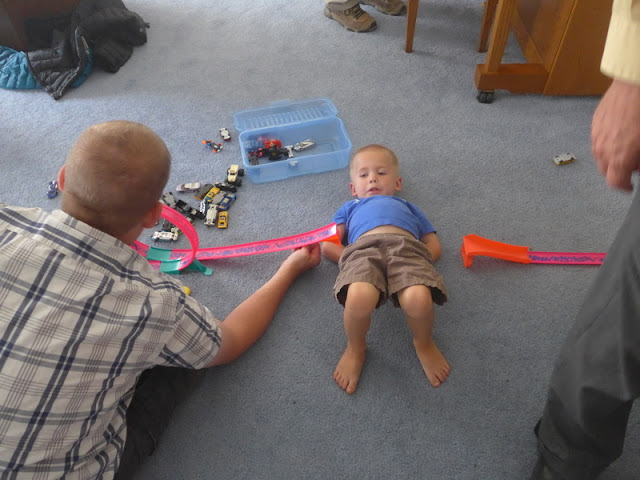 We had a lovely lunch while we visited and then migrated over to the Bean Museum. President Boyd K. Packer passed away a few days previous to our visit (July 5; we saw the preparations for his funeral when we visited the tabernacle) so it was neat to get to tour the exhibit featuring his artwork while we were at the museum. My girls and I were especially impressed by this pinecone craft he made when he was about ten years old. Isn't it cute? 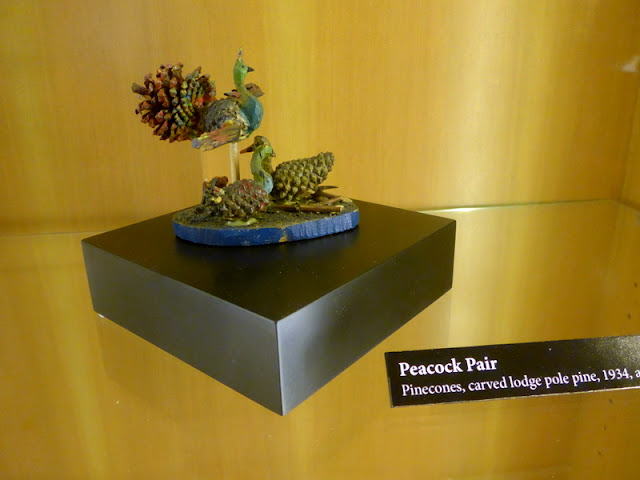 Here are a few pictures of our crew before saying farewell:

After we said goodbye to my aunts and uncle we head back to Salt Lake. Our hope was to go out on the lake but the sky was rather threatening: 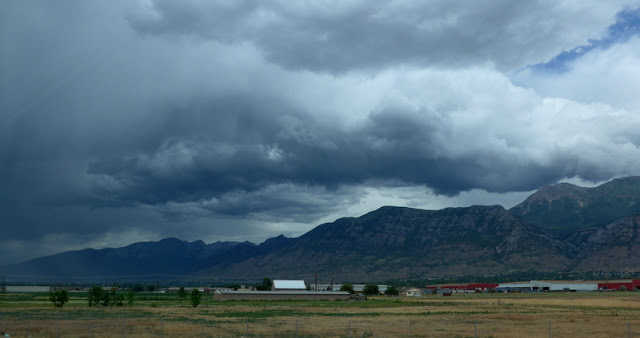 We went out to dinner at a pizza place with Andrew's parents and Jacob and Shayla while we waited for the storm to pass. They had some very interesting pizzas, one with pears on it and one with blackberries on it. Jacob and I both wanted to try the blackberry pizza and the vegetable pizza so I ordered the latter and he ordered the former and we shared. Blackberries on pizza aren't too bad, even if it sounds a little odd. I don't know why I was so surprised by that since pineapple (a sweet fruit) on pizza is amazing (in my opinion).

By the time we'd finished with dinner the storm had settled over the mountains and the canoe rental place had opened again. Residents can rent canoes for free at Daybreak. Karen was gushing about this and all the other perks of living in Daybreak and Jacob said, "I feel like I walk into a commercial every time I come to visit!" It is a pretty great place to live; I can't blame Karen for raving about it.

Here's Grandpa and Daddy getting ready to take the kids out on the canoe: 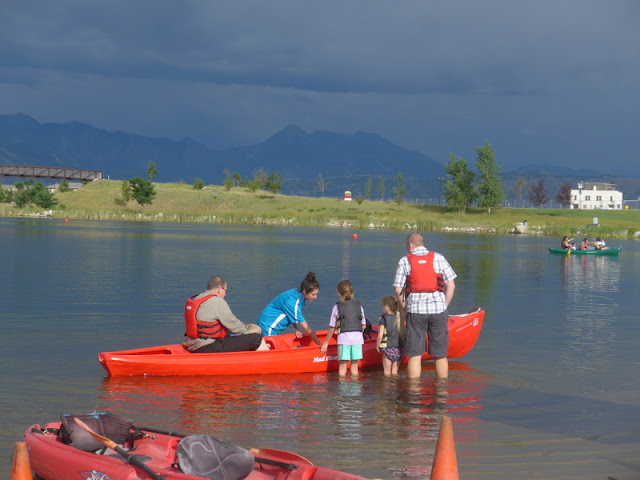 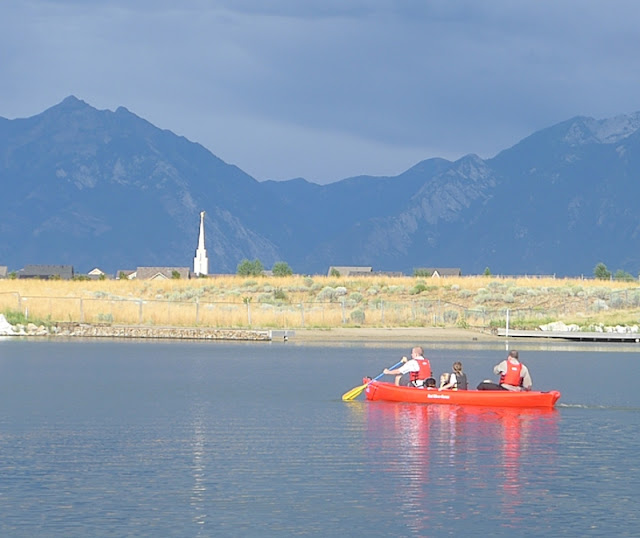 And coming back in: 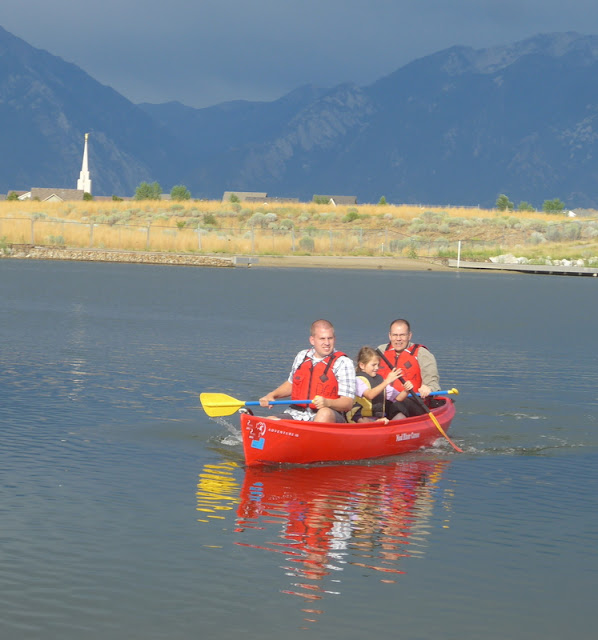 Next it was my turn to go out: 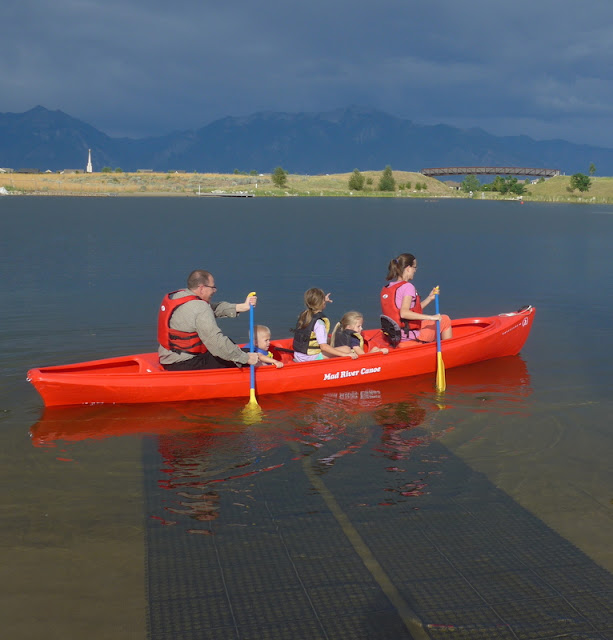 Uncle Jacob took over Zoë-duty while I was paddling around the lake: 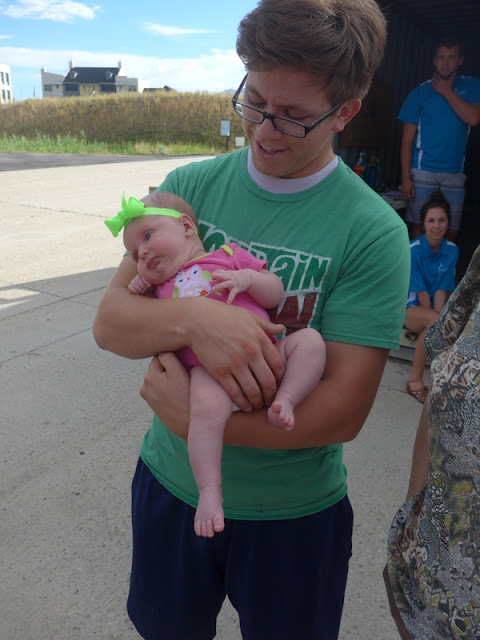 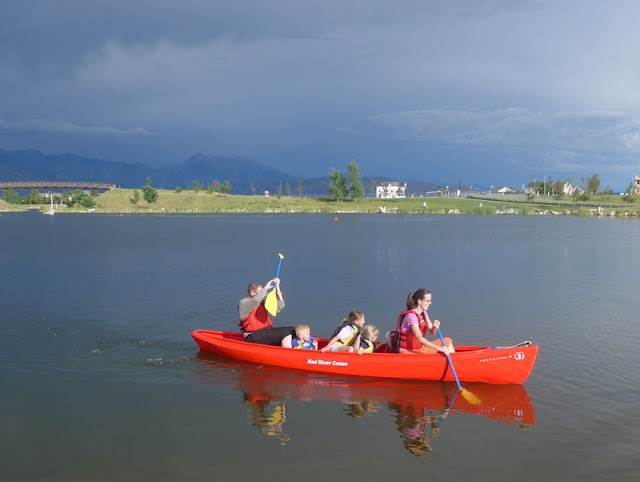 Jacob and Shayla took the last turn around the lake (we couldn't convince Grandma to go): 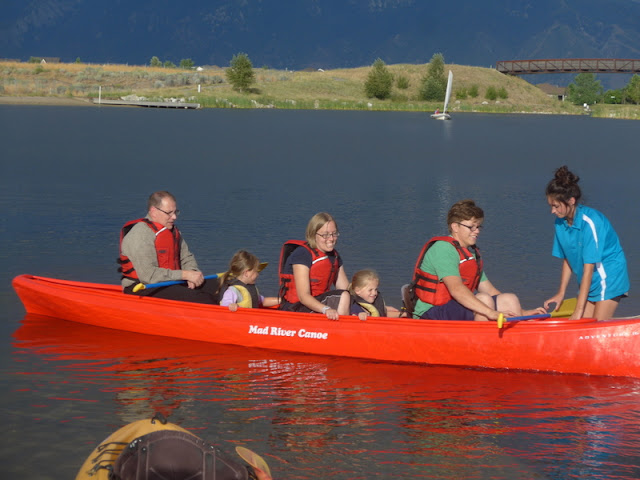 While we waited I took a few pictures of Zoë with Daddy. I love this picture of her scrunching up her face while he's kissing her cheek. It's so perfectly Zoë (disgusted with the whole world). 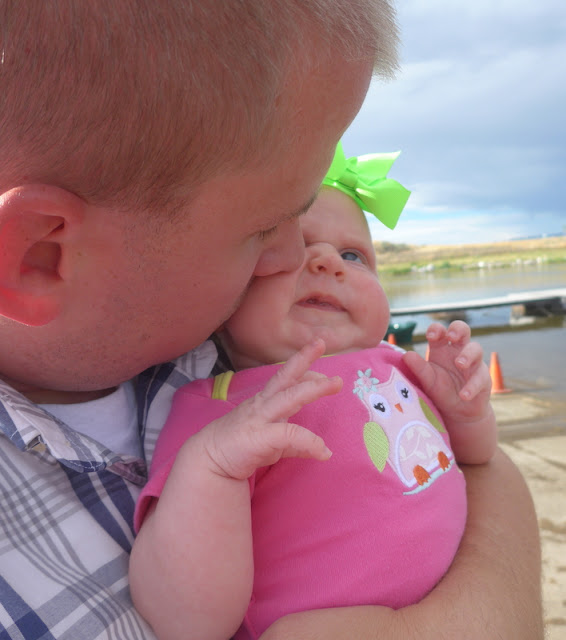 Here she is acting a bit happier 9she's getting happier and happier these days): 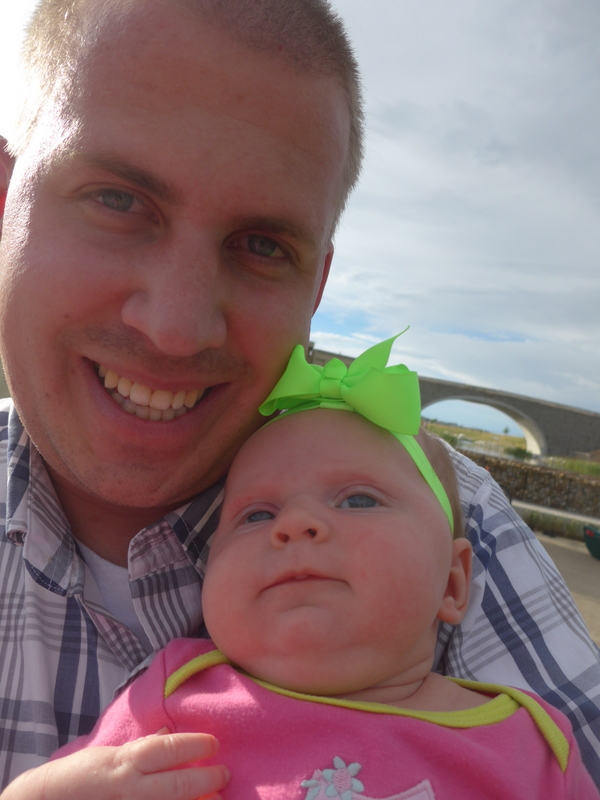 Poor Benjamin, who'd already taken three turns in the canoe, was kicked out on the last turn so he had to wait while Jacob, Shayla and Grandpa took his big sisters out on the lake. We, meanwhile, had to put up with his crazy shenanigans... 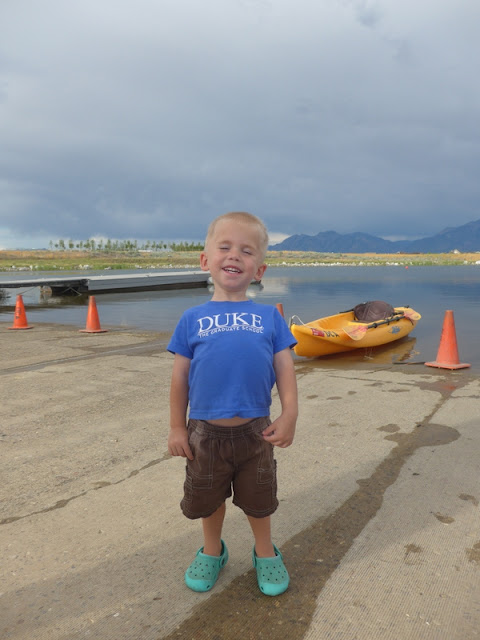 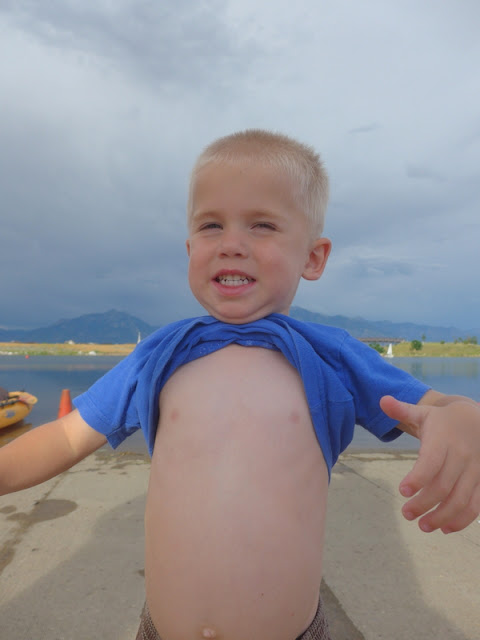 Uncle Jacob and Grandpa were gentlemanly and helped Rachel, Miriam, and Shayla out of the canoe. 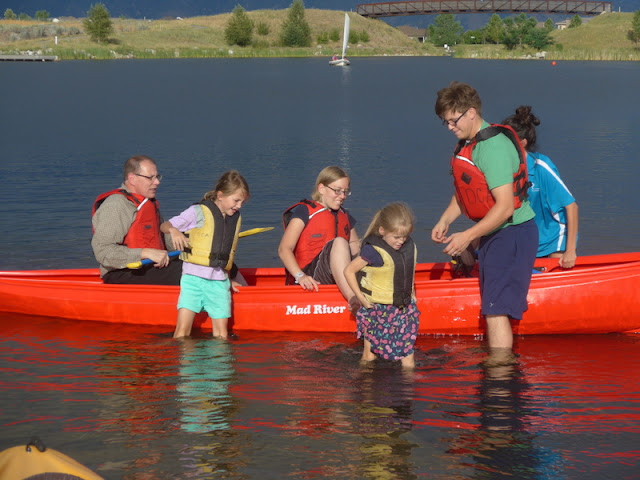 Grandpa was the last one out and I'm not quite sure how it happened but he ended up getting quite soaked, which everyone (especially Jacob) found hilarious. 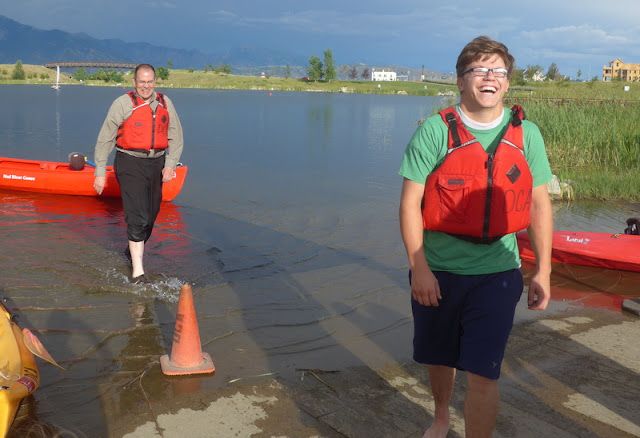 And on that note, we left the lake and went to Grandma and Grandpa's house for bedtime.
Posted by Nancy at 2:55 PM