My dad left for Germany this morning. He'll be doing an internship with the Department of Defense in Heidelberg as an Equal Opportunity Assistant with the Army. He did a similar thing with the Hill Air Force Base last year. He'll be in Germany until October so we spent a lot of time on Sunday, Monday, and Tuesday over at my parents' house in order to get in some good "Bumpa time" before he left. 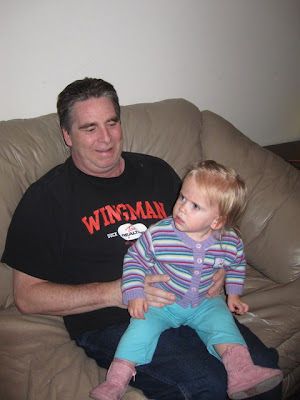 As if my girls weren't flustered enough with having their Daddy go away, Grandpa Bruce (Bumpa) has flown off to Germany and Grandpa Reid (also Bumpa) will be going on a business trip as well (though he isn't going somewhere that starts with G so he totally doesn't fit in the pattern). All of the men in their lives are leaving them in the space of three weeks!
I'm expecting lots of temper tantrums. 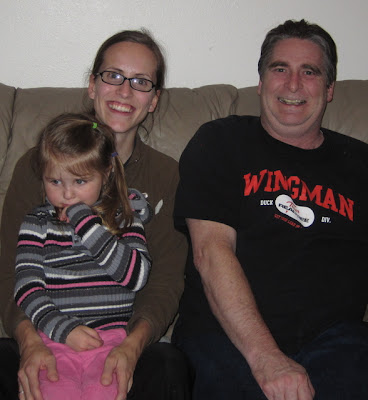 I'm not saying that I will handle the tantrums well; I am simply expecting them.

We'll certainly miss having Bumpa around! He often invited Rachel over for movies, occasionally watched the girls at the park while I ran on the track, rescued us from scary thunderstorms, fixed things that needed fixing (like broken garage doors), and was always on-call for when Rachel would accidentally lock Miriam in their bedroom or for any other problem.

He'll do great in Germany!