Out of the pan and into the... 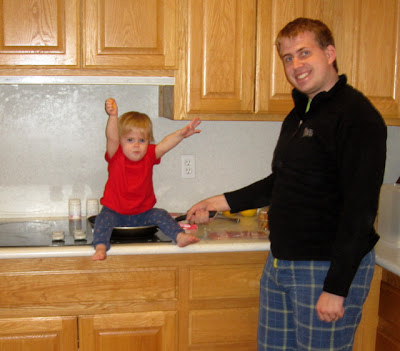 Miriam has ended up in some interesting places this week. So far she's been stuck in a frying pan, a bath towel (which, by the way, is one of her new words)... 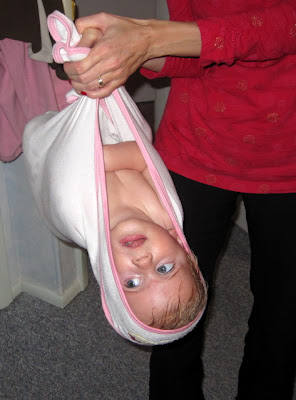 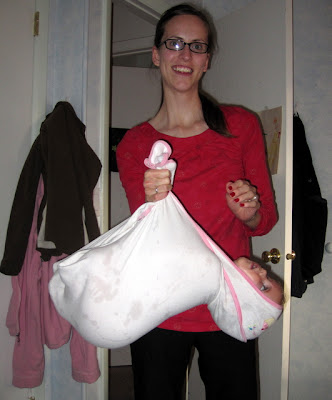 ...and on the railing on the back deck. 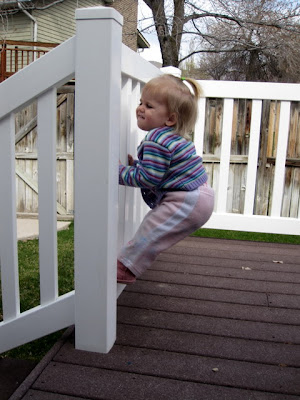 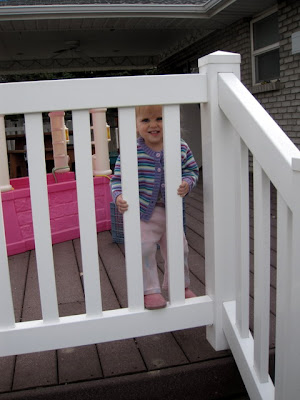 I used to think that Rachel would break her arm before she turned two. She didn't.
Now I think Miriam will break her arm before she turns two. We still have six months to see if it will happen.
Today I removed her from the kitchen table more than once. She calmly curls her toes over the top stair while I frantically try to convince her to turn around and go backwards. She jumps off the fireplace ledge (and lands on her face every single time she tries it). She would love to be three (and a half) and do everything that Rachel does, but she just...can't.
So while Rachel didn't break an arm before she turned two, I'm betting Miriam will. If she doesn't it will be a second miracle (because the fact that Rachel hasn't broken anything (yet) is rather remarkable, itself).
Posted by Nancy at 12:28 AM