Slacklining and so forth

On Sunday I went to my parents' ward in the morning, at least for sacrament meeting and Sunday school. I went to Relief Society for a few minutes but Benjamin was so tired and I'd spent the last hour and a half bouncing him without getting him to take a successful nap and I was getting mighty tired of holding him. So we just went home and took a nap together.

That afternoon we went back to visit our old ward for the third hour, which was Relief Society. My mom came with me and took her afternoon nap while I bounced with Benjamin in the back (but at least I got to visit with some of my old friends).

We went for a walk in the afternoon while we were waiting for Grandma Sharon and Grandpa Frank to visit. It was a fairly uneventful until the very end when we heard a loud crunch. We all looked to where the noise was coming from and saw, to our surprise, a van driving into our neighbour's yard. It went up over the sidewalk and smashed their fence and then, to our greater surprise, backed out of the yard and just drove away.

Flabbergasted, we wondered what we should do. Call the cops? Tell the neighbours? 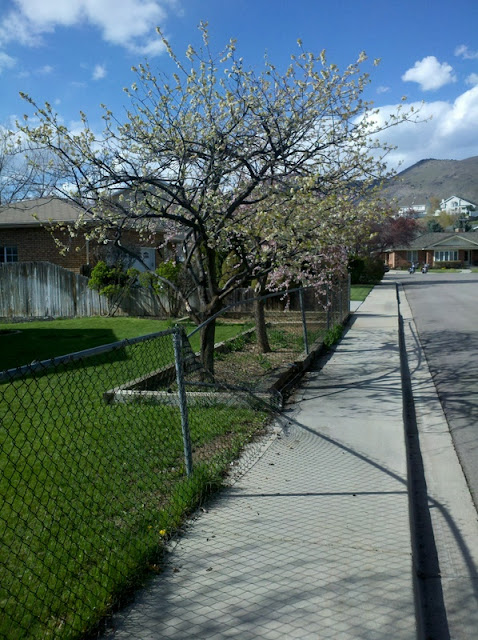 Just then the bishop drove by so we decided we should tell him because aside from being the bishop he's a good neighbour and a rather diplomatic man. He asked which direction the van was coming from and since it was coming from inside the cul-de-sac figured it must belong to (or have been visiting) someone in the cul-de-sac. So we began knocking doors.

The culprit was an elderly man in the ward, who had pressed the gas pedal rather than the break. He knew the neighbours weren't at home and that they weren't due to come home any time soon so figured he'd be alright to just go about his business and resolve the problem later. He hadn't counted on there being so many witnesses, though, and since we didn't entirely recognize his van we of course had to do something. What if the driver had had a heart attack? Or a stroke? Or something.

It happened that the bishop knocked on the door of the culprit, who had gone home teaching. His wife called him at his home teachee's house and asked if he had driven into the neighbour's fence. He sheepishly admitted that he had. He was terribly embarrassed, especially because he's a former driver's education instructor.

When he came over to talk to us about it he was still quite embarrassed but was characteristically in high spirits. He'll make amends with the neighbours (who are only renting, but he knows the people who own the house so he's going to talk to them as well). I suppose he's just lucky he missed the tree!

Later in the day I went out with my brothers to try out Patrick's new slackline. It took us quite a while to figure out how to set it up, but it was a lot of fun once we did. 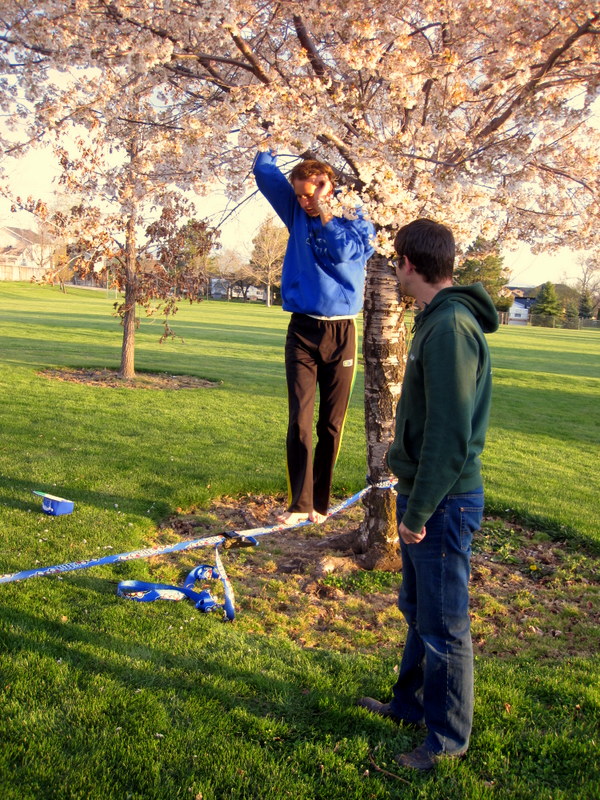 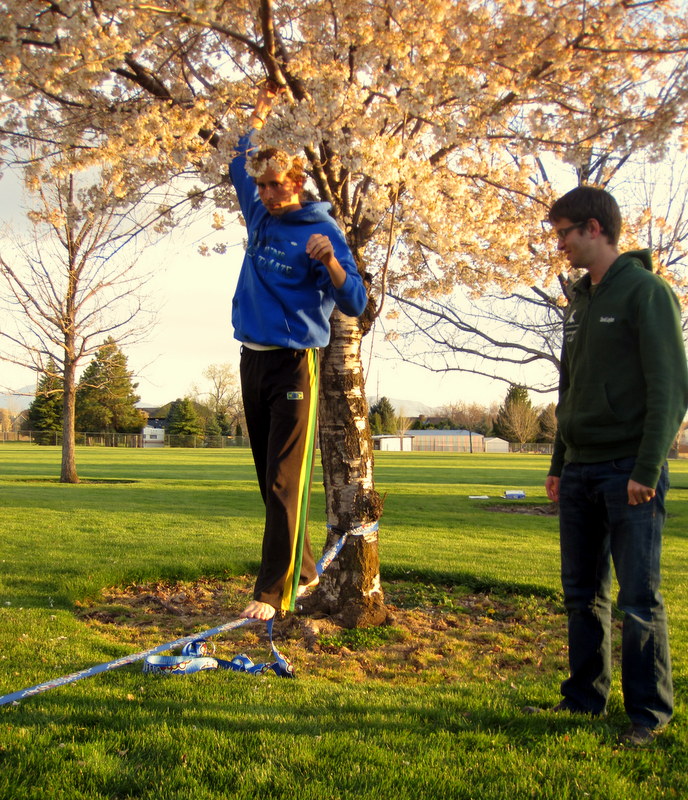 David was frustrated at first because both Patrick and I had figured out how to balance well enough to take a few steps before we'd fall off, while he couldn't manage to take even one step. But then when he figured it out he was able to walk almost the whole way across while Patrick and I were still stuck taking only a few steps at a time. 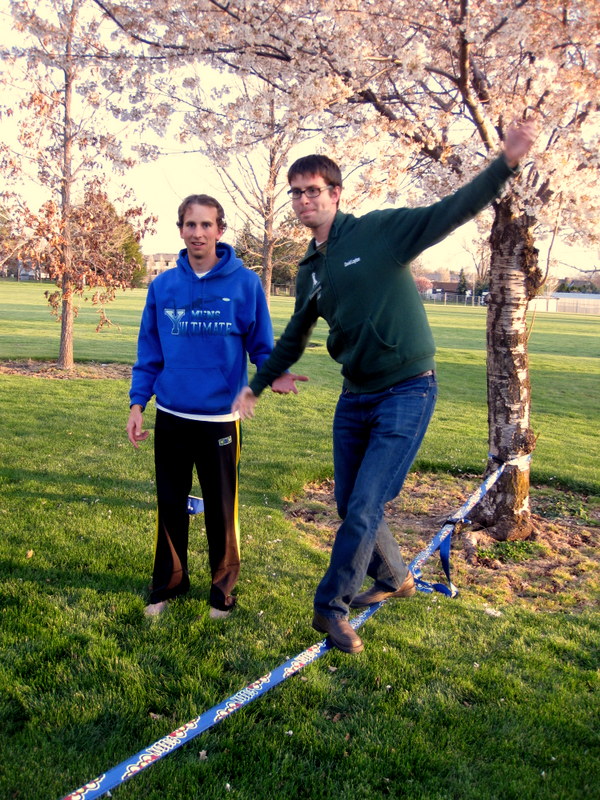 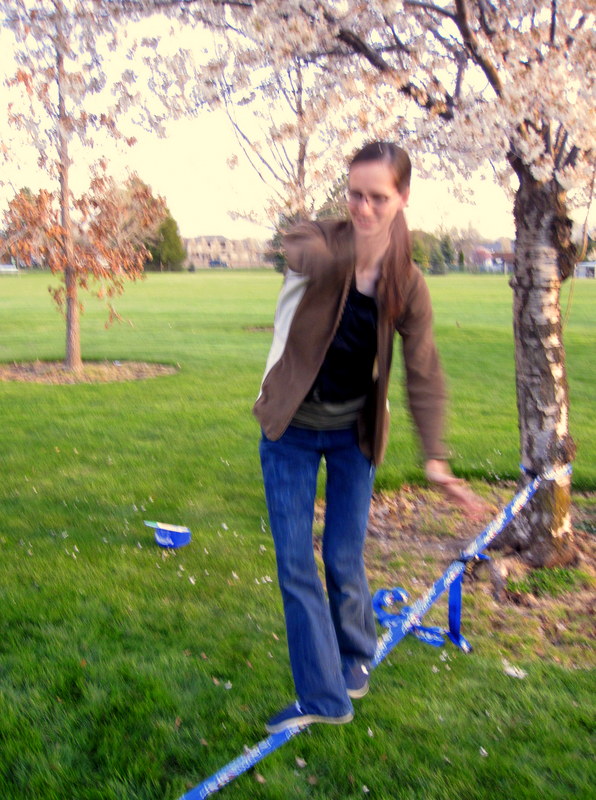 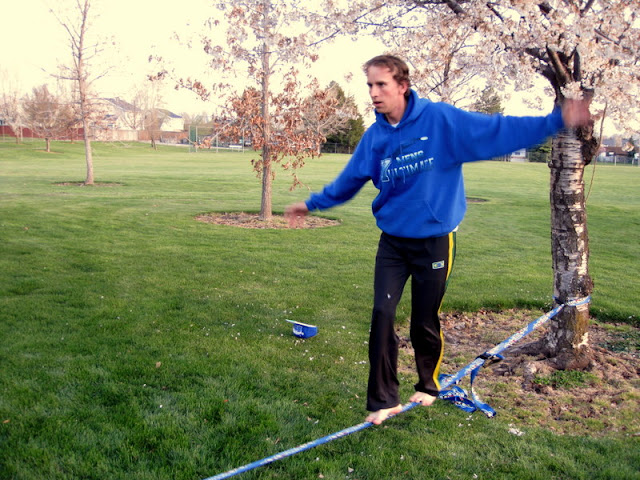 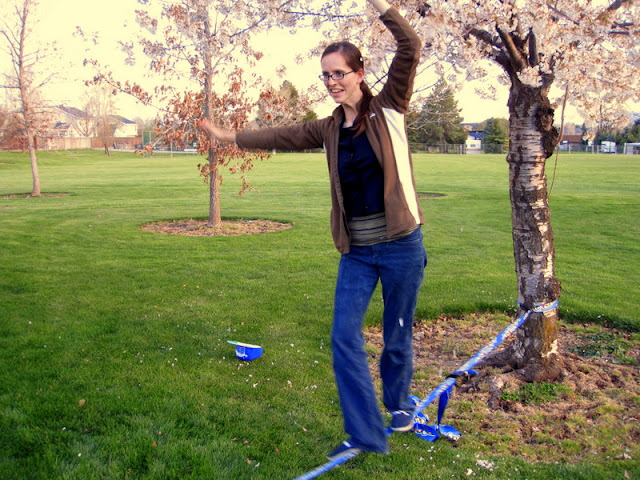 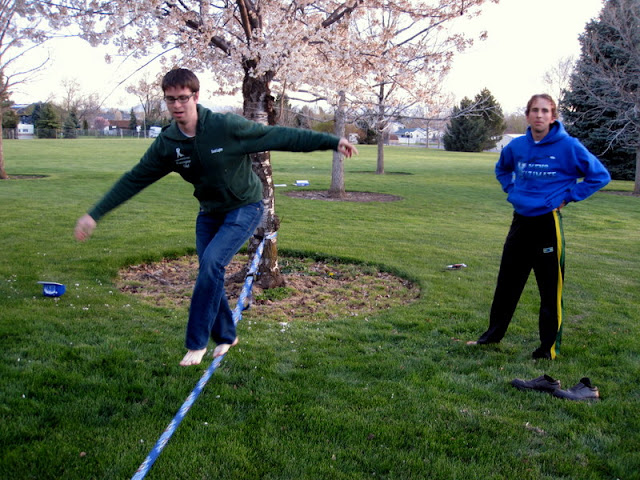 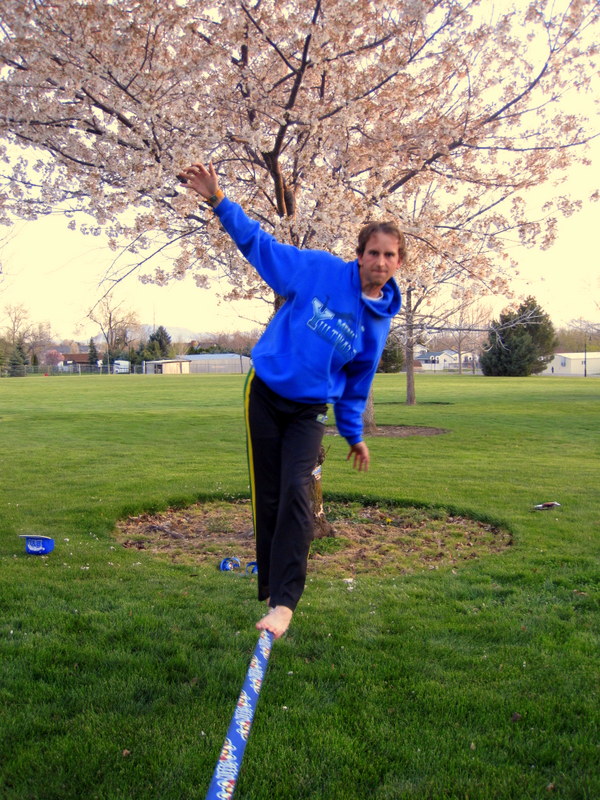 That evening Patrick announced that he had a single transverse palmar crease. I don't quite remember how the topic came to that. Patrick swears that he told me about it before but I don't remember knowing. Patrick's is a little different because he has two creases that meet and then split again, while Benjamin's is a true single crease. 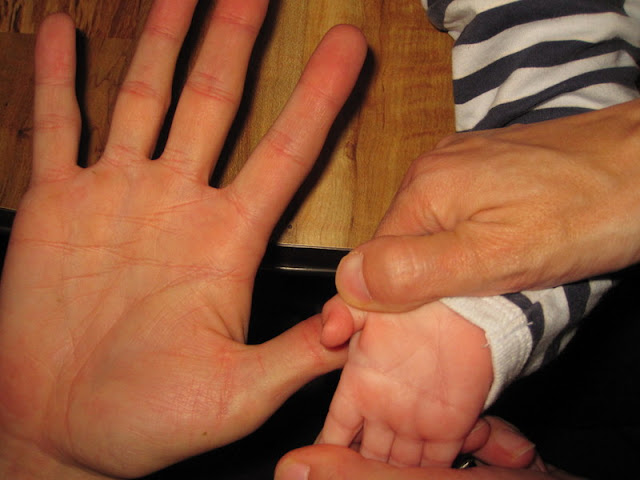 Benjamin and I (but especially Benjamin) have been having a difficult time with the air out here. My mom got out the vaporizer for us so now our room is our personal humid biosphere and we're sleeping much more comfortably. 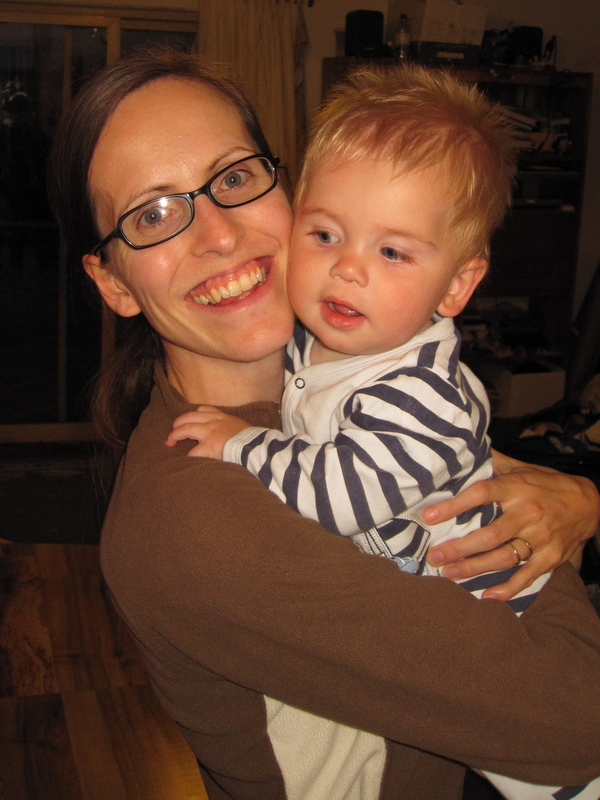