A snow day with Naanii

There's a saying down here that when it thunders in winter it will snow ten days later (at least, I'm assuming it's a southern thing—I'd never heard it before moving here and to a certain extent it does seem to be true). I can't remember if we had a thunder storm ten days before Monday—but we did have a little thunderstorm on the morning of February 19th, twelve days before the snow.

With school being cancelled, Rachel was free to spend the day with us, which was a rather nice surprise—especially since the school district voted to waive the three snow days (including Tuesday) that we were supposed to make up. Apparently we're on track for educational hours per school year without those days, though we're in for another storm tonight/tomorrow and I imagine schools will be closed on Friday. At least we're due to receive more snow/ice than we got on Tuesday.

Our dusting of snow was pretty pathetic and hardly warranted a full day off school (though like I said, we were happy to have Rachel home to spend some time with my mom).

Here's Rachel and Naanii posing in the snow we got: 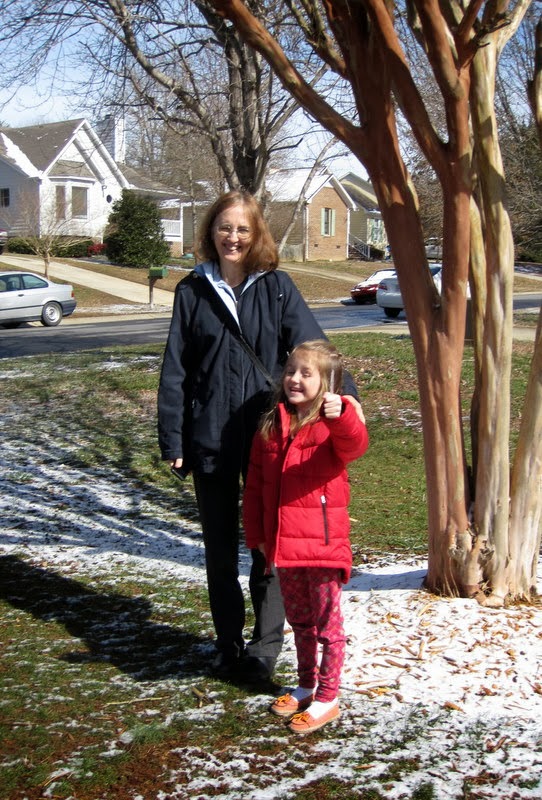 As you can see, roads were virtually impassable! We were completely snowed in yet again!

I'll admit it was a little icy when we first got up in the morning, but by the time we left our house (at 10:30 AM) the ice in the roads had pretty much melted.

We drove across town to our friend's library (I did the driving—on the ice even—and it was fine). Sister Wood was so kind to show us all around and to offer the kids some books to take home. 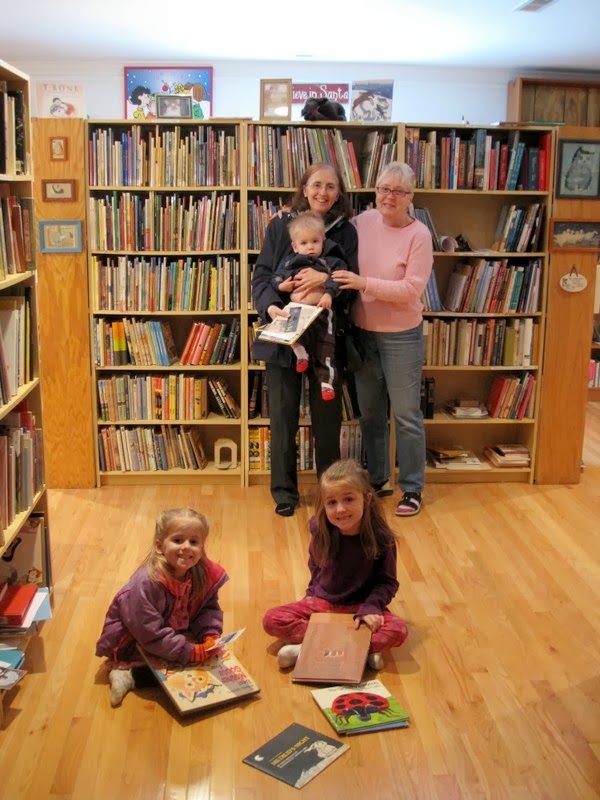 By the time we drove home at noon the ice was even less extant and in fact was nearly nonexistent. To say we got a centimeter of snow would be a generous guess—and yet we saw snowplows driving around...looking for snow to plow, I suppose. It was pretty funny to see them driving around when the roads were completely clear. Granted, not all roads were clear, yadda, yadda, yadda. But seriously...it wasn't that bad of a storm and we missed a day and a half of school.

It's a good thing we'll have the weekend to recover from the storm we're expecting on Friday! Hopefully that will be the last storm.

We went home and had nap time and then visited the Museum of Life and Science until closing time. I was happy they still had the Sprockets, Springs, and Pulleys exhibit up (I thought it was going to close the end of February) because I thought my mom would enjoy it. 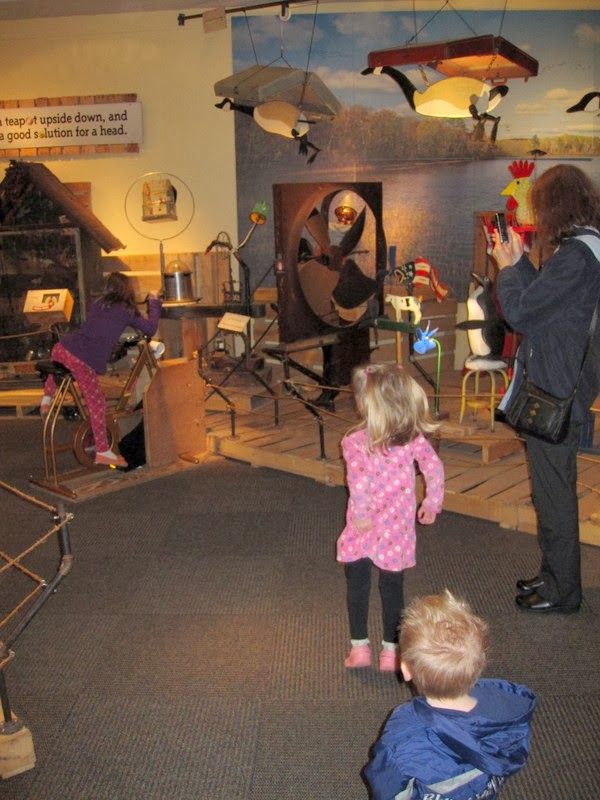 We quickly did that room, some of the weather room, North Carolina Wildlife, and then spent a lot of time making things fly. I helped the girls make paper airplanes while my mom helped Benjamin with the wind tunnels. 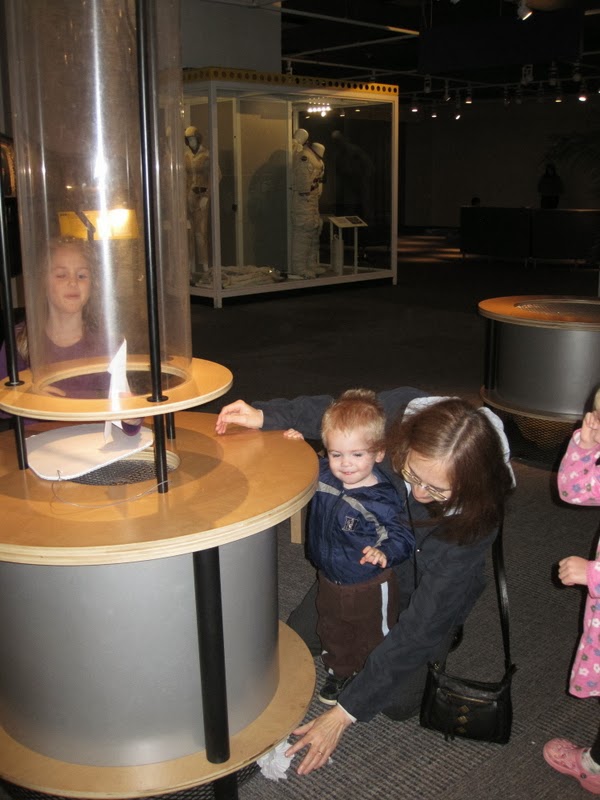 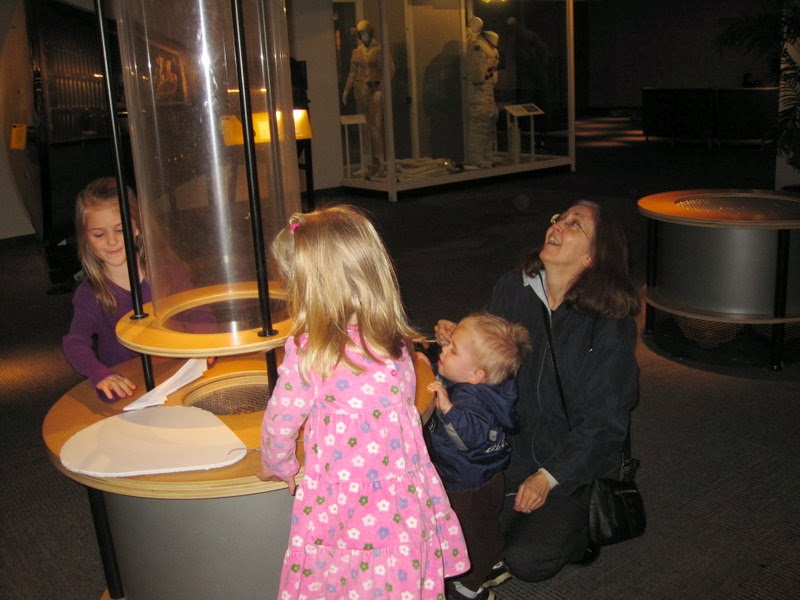 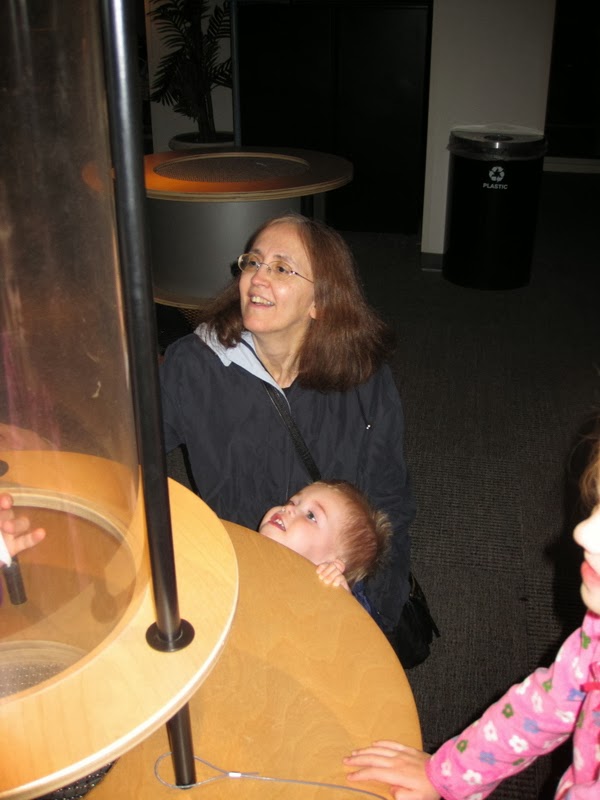 On our way upstairs we passed a leaf-cutter ant farm and I had to stop and take some pictures for Amy. It was so much fun to watch the ants struggling to carry their leaves from the plant to their fungus gardens and do everything else they were trying to do. I can see how it would be fun to watch ants all day but I still don't think I'd want an ant farm in my house—we've had enough problems keeping ants out of our house without purposefully inviting them in! 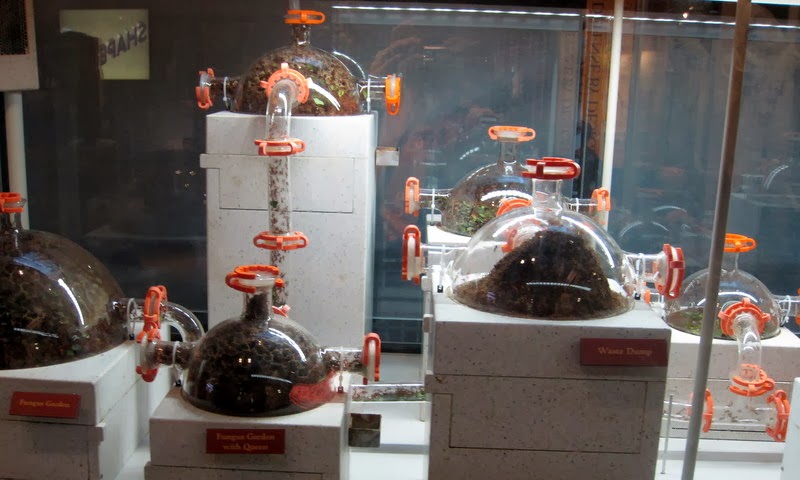 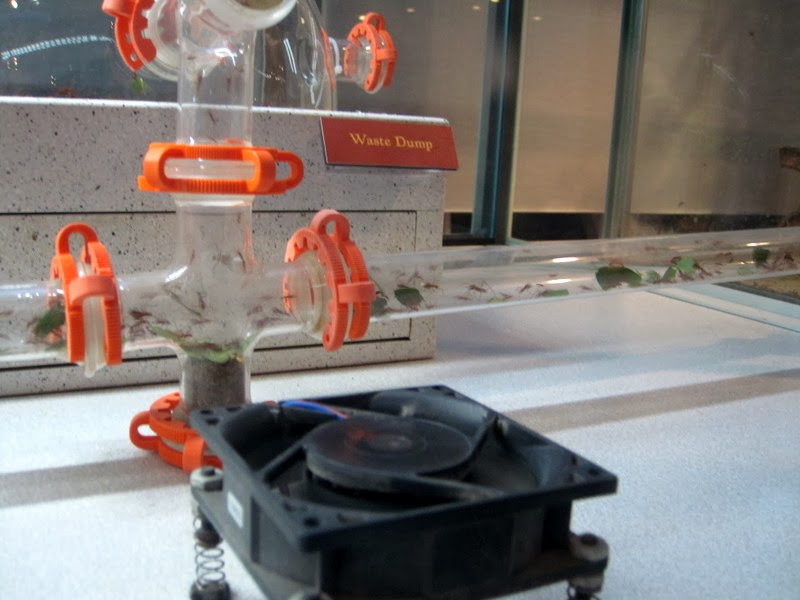 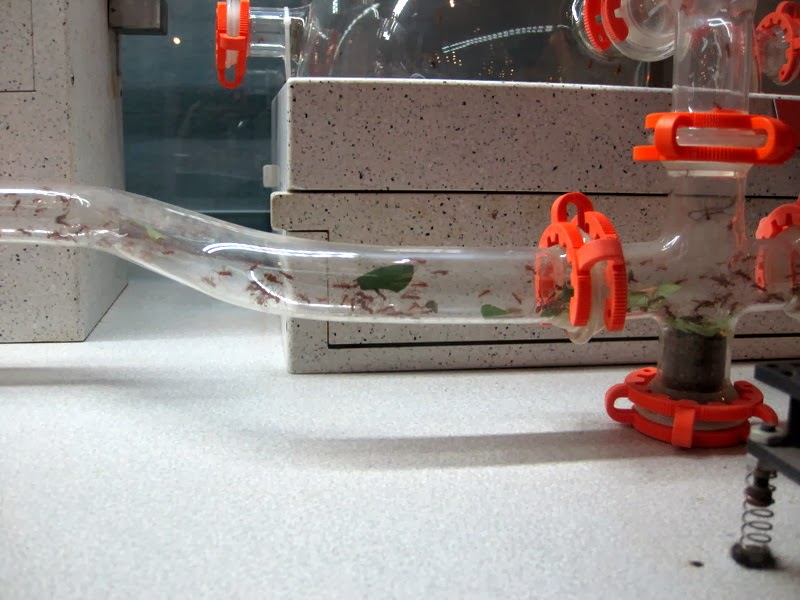 We didn't spend too long at the museum—I still can't believe it closes at 5:00!—but I think everyone was getting hungry, anyway. The kids posed with Naanii by the rocket on our way back to the car: 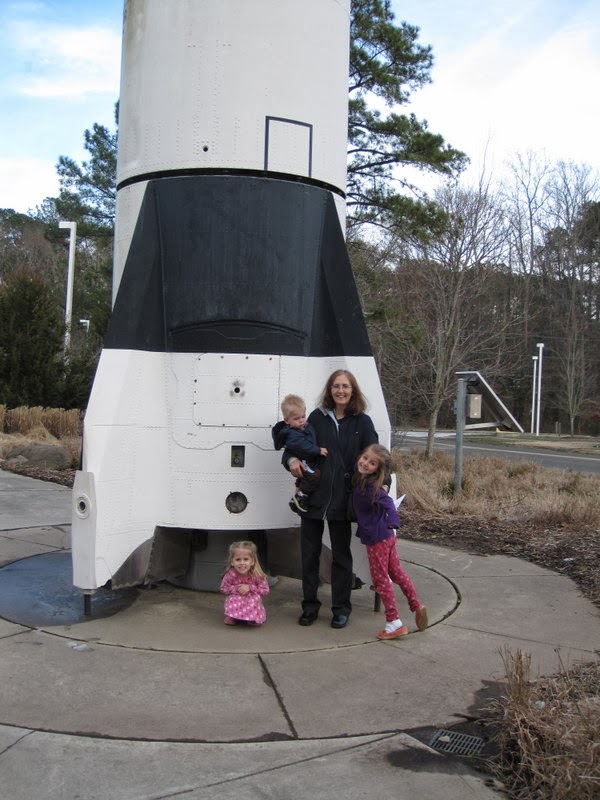 For dinner we had Cookout so that Naanii could try hushpuppies again, and then we got the kids ready and sent them to bed on time (to make sure Rachel got plenty of rest for school the next morning). 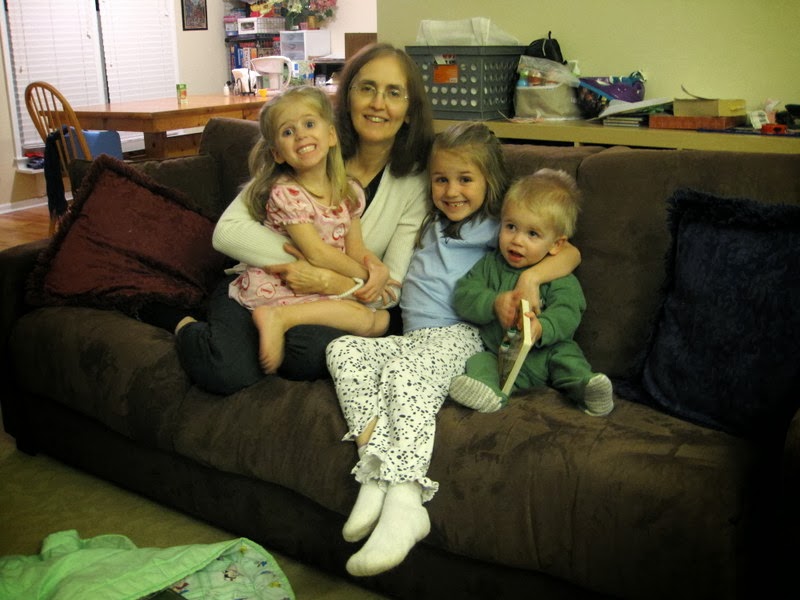 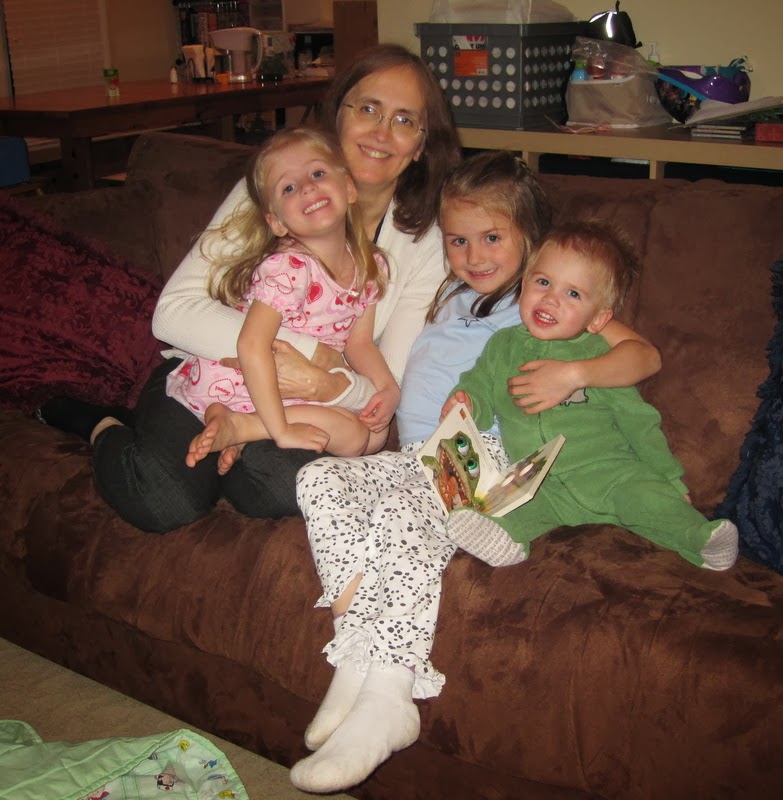 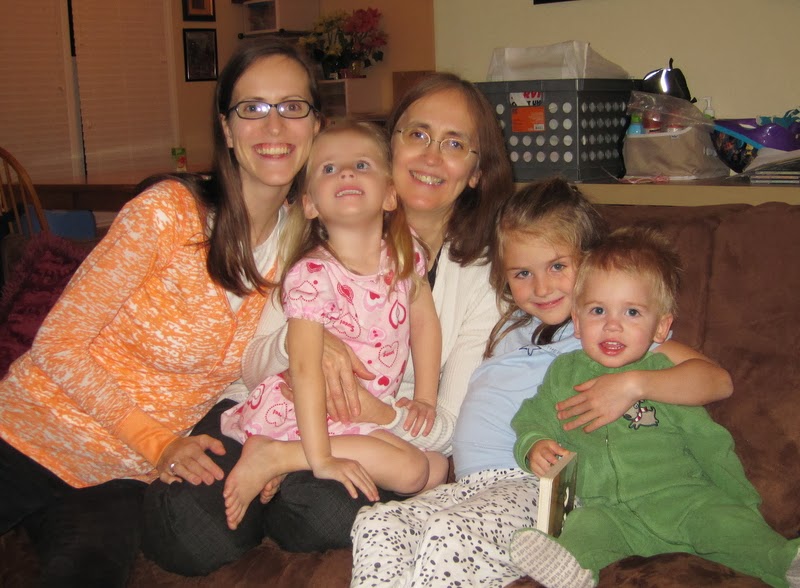 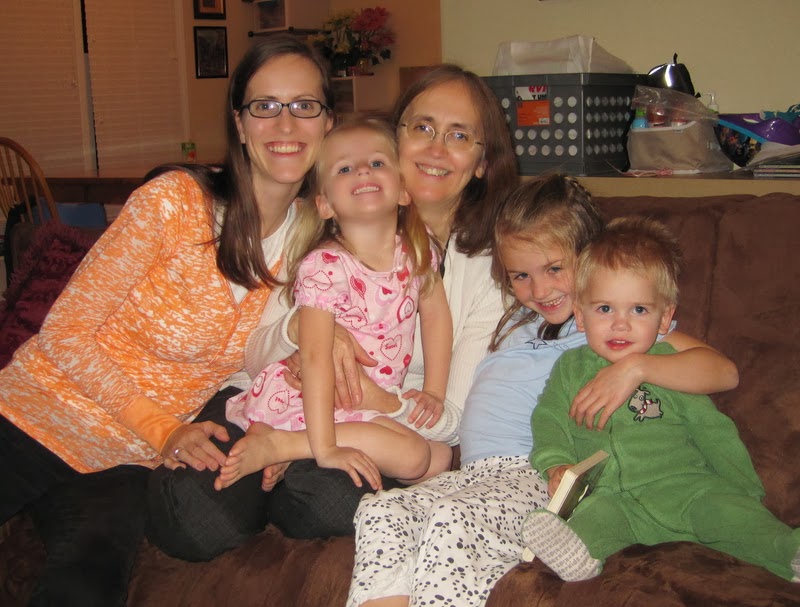