On Saturday morning I looked in on our little frog spawn and saw that a couple of the tadpoles had hatched out of their eggs. The most robust-looking one was clinging to the side of the container. The others were pitifully lying on their sides on the bottom. I thought they were dead but apparently they were only resting. 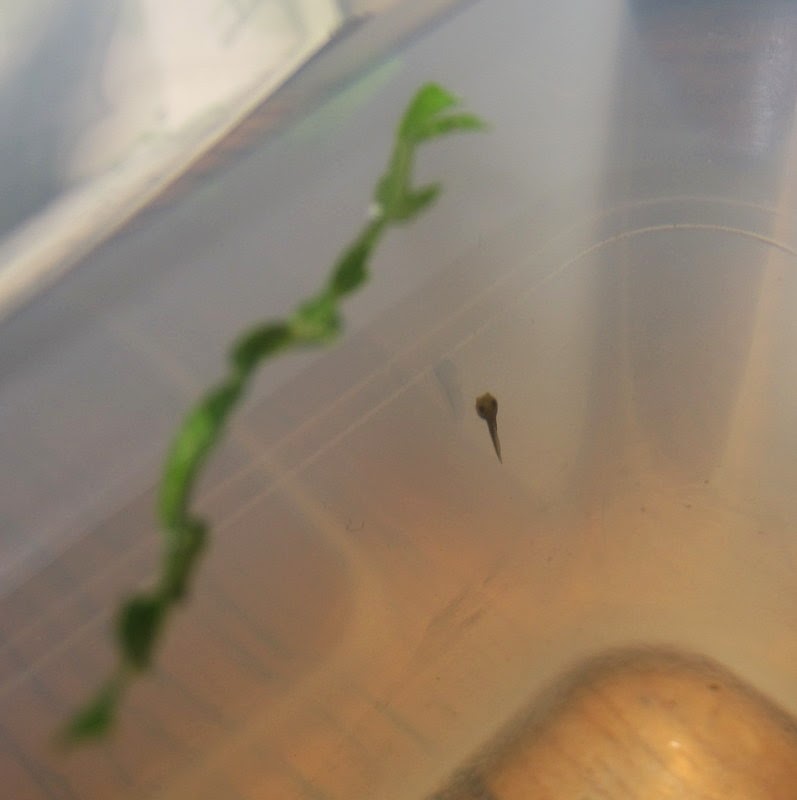 I gave the tadpoles some boiled/frozen lettuce that I'd prepared (I read online that this was something they might enjoy) and then we left for the day. When we came back there were more tadpoles on the bottom of the tank, some more clinging to the sides, and some resting on their leaf (the one their eggs were attached to when we'd found them in a puddle). 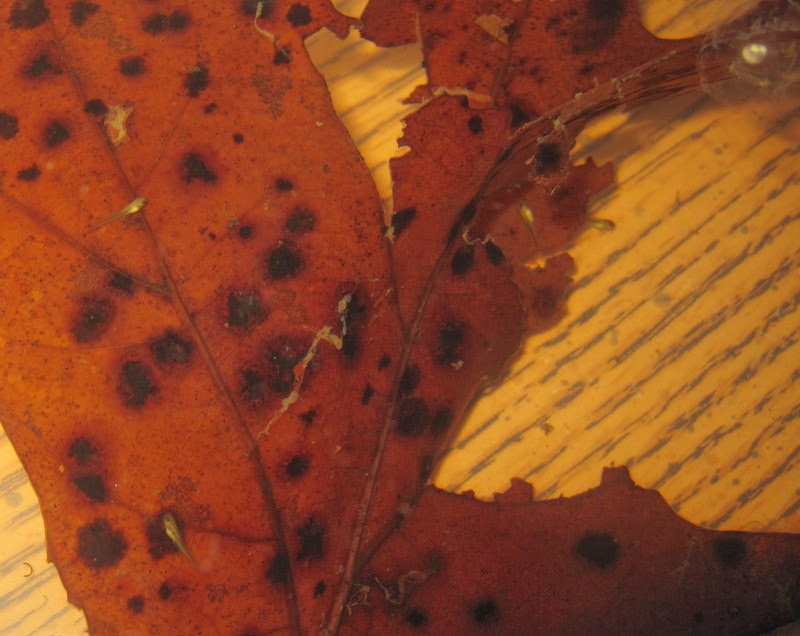 Miriam and I fixed up their container to make it more puddle-like so the tadpoles would feel at home. We ventured to the creek in the backyard and collected some leaves and muck to give the tadpoles some hiding places, and hopefully to provide some food for them. So far I haven't seen them nibbling at the lettuce but they have seemed to enjoy eating whatever slimy stuff is growing on the leaves and sticks we put in there. 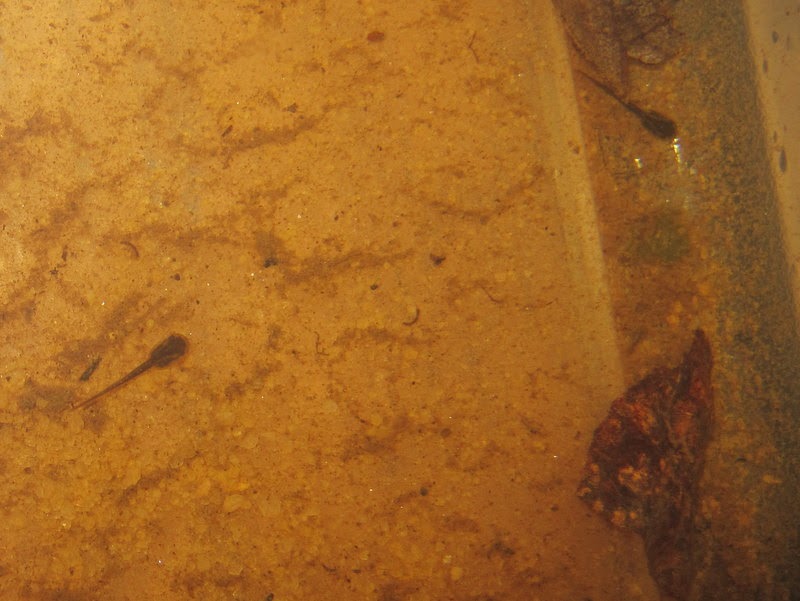 And here are our little tadpoles today (which is day eight for them): 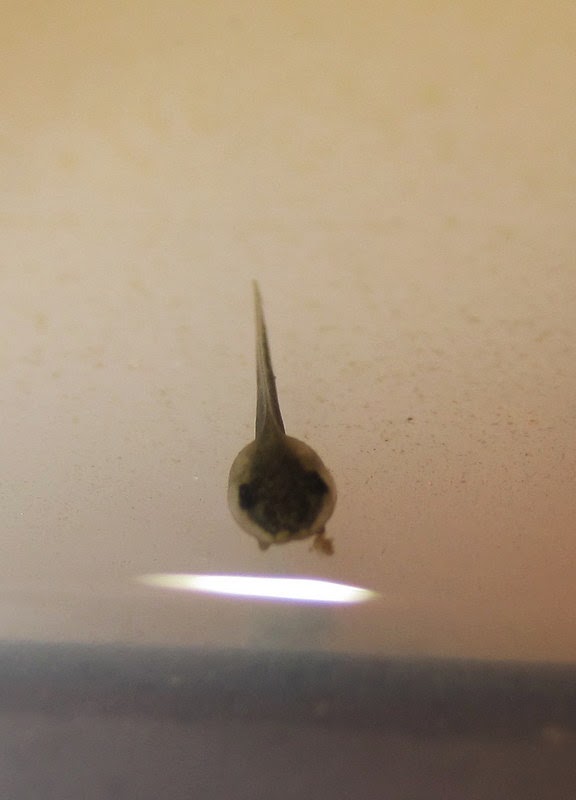 You can see the gills (I think those sticky-outy parts are their gills?) on the sides of their bodies when I super-duper zoom in. They are really quite tiny. For some reason I didn't expect them to hatch until they were larger. But, here they are—only one measly centimeter long from the tip of their tail to the tip of their nose. 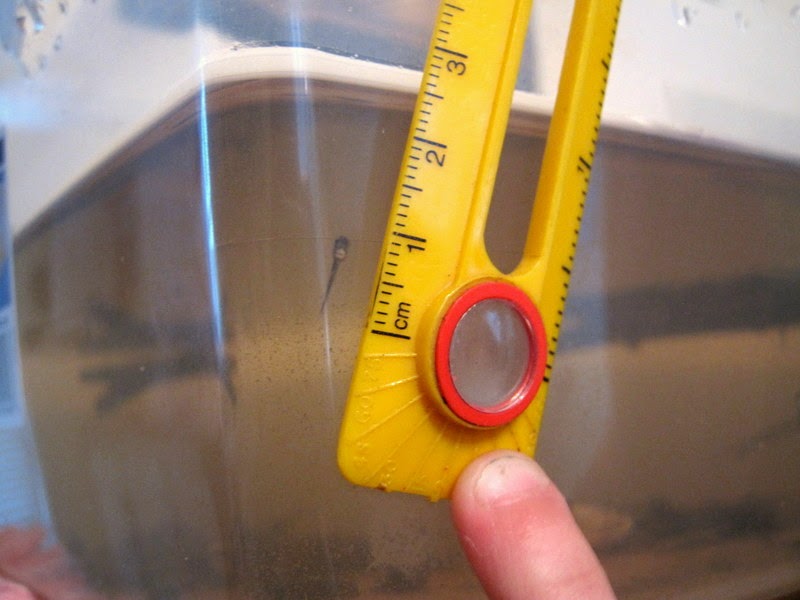 The ruler was creeping this tadpole out so we couldn't get right next to him for a picture. Every time we put it next to him he'd swim to a new spot. Him? Frogs are masculine, right?

For some reason that's the gender I default to when I talk about our frogs. Sometimes I wish English had defined genders for cases like this. But then it might be feminine, as frog is in Russian and French (and Spanish and Italian). Are frogs feminine or masculine for you?

(And randomly, I found this page fascinating).
Posted by Nancy at 6:14 PM