Not in Toronto: Day Four

When we got home from Trading Tables on Saturday I taught Benjamin that game where you put your feet together and roll balls back and forth. I'm sure it's not the first time he's played it but it's the first time he's been very interested in continuing it.

He kept collecting balls, plopping himself on the floor, and saying, "Ball! Momma! Ball!" 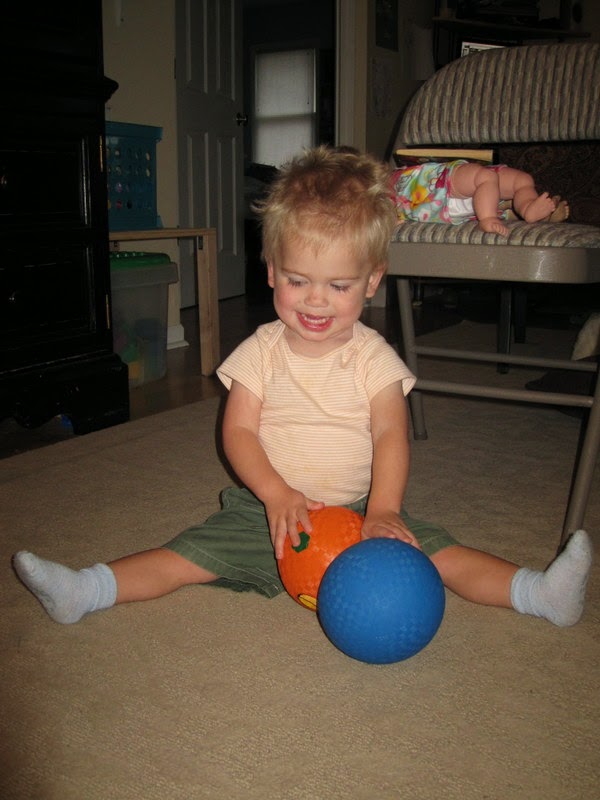 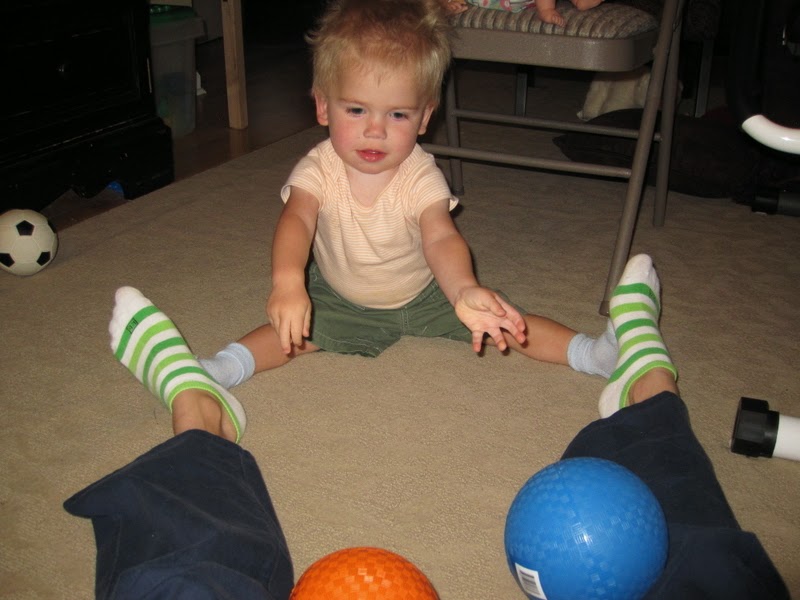 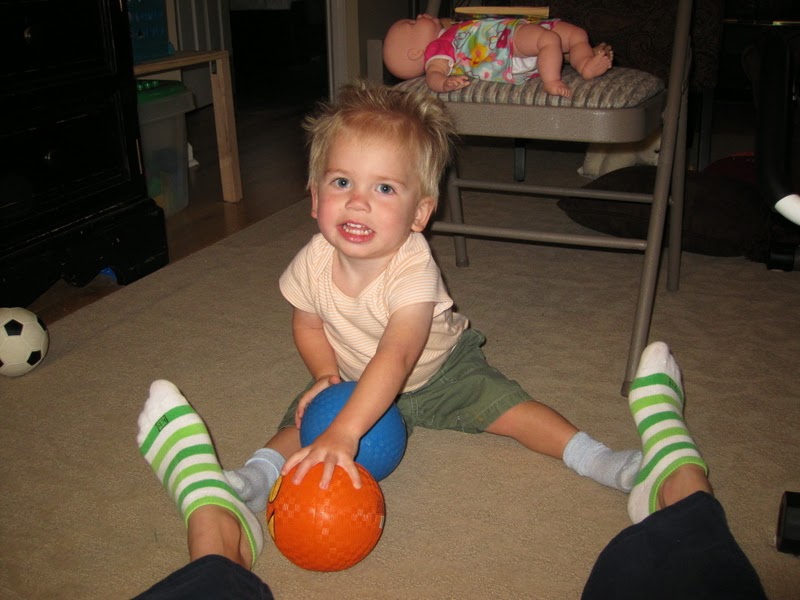 That evening we all settled in to watch the broadcast of the General Women's Meeting, which, from what I heard, was wonderful. It was a bit hard to pay attention with three little ones running around but I can always listen to it again later. Rachel and Miriam were actually quite happy listening to Sister Wixom's talk, which admittedly was geared toward primary children. So even though my girls weren't technically old enough to attend the meeting (which was part of the reason we stayed home rather than watching the broadcast at the Conference & Cookies party at the church) I'm glad they got a little something out of it. 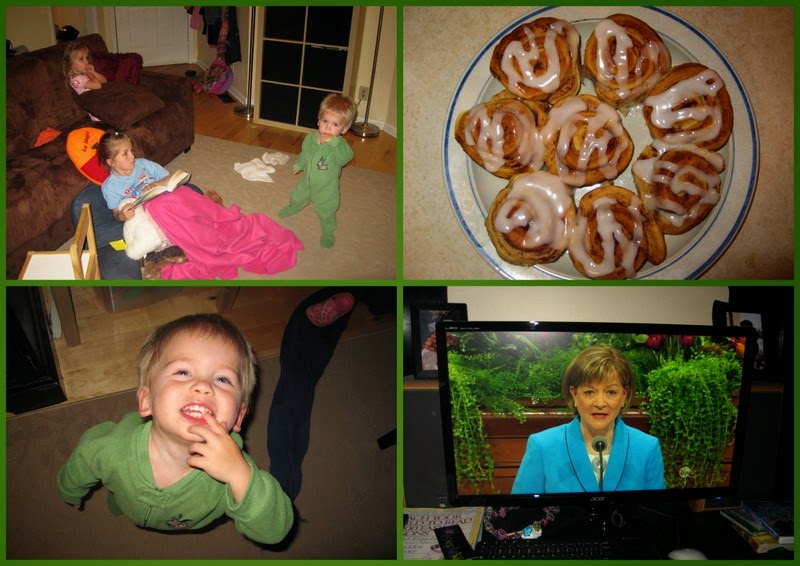 Rachel wanted to make cookies so we could have our own cookie party but instead we made cinnamon buns. Andrew, my very fore-thinking husband, stocked our fridge with a couple tubes of pre-made cinnamon buns so all we had to do was open them and pop them in the oven. It was very thoughtful of him. It's like he knew how much Saturday would wear me out!

Trading Tables can be quite taxing. Rachel didn't even have her soccer game (it was canceled due to rain; thank goodness) and I was still wiped out! 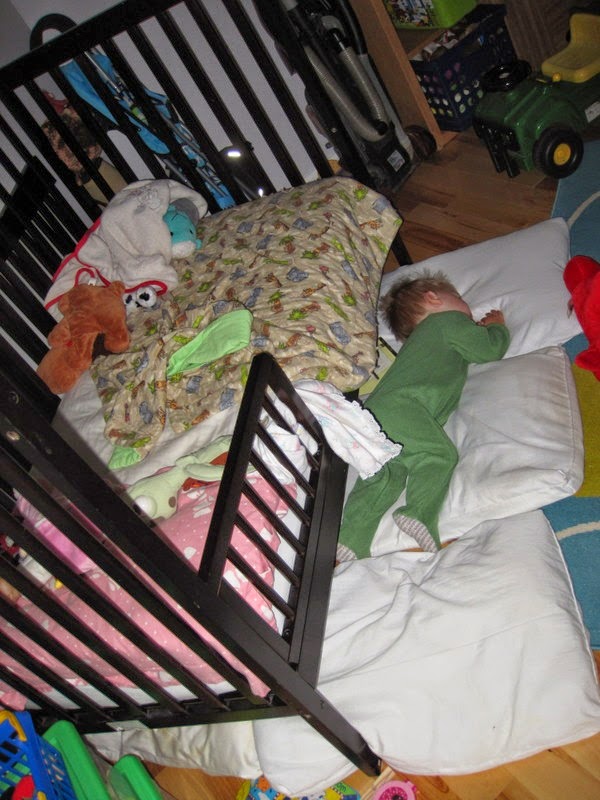 It was a rough night which translated into an exhausting morning but we miraculously made it to church on time, and despite much screeching from Benjamin, we even managed to make it through sacrament meeting without nursing once. He tore the diaper bag apart looking for his nursing blanket (it wasn't there). He cried, "More, more, more!" and pounded on my chest. He threw himself on the floor and screamed (and then got dragged into the hall, kicking and screaming). But we did it! We made it through!

That was the last day-time nursing session that he had to kick. At this rate we might actually be fully weaned by the time he turns two. Maybe.

Primary was a little chaotic for me, but at least Benjamin goes to nursery without a fight now. I take attendance and get snack boxes ready for the horde of hungry preschoolers every Sunday but this Sunday I was also involved in the Sharing Time lesson that my father-in-law was asked to participate in last week (our lessons got a little out of order this month due to some last-minute swaps—we did March week 3 this week).

We learned about the resurrection and I played the role of Mary Magdalene, testifying of the empty tomb and recounting seeing the resurrected Lord (my father-in-law portrayed Joseph Smith in his ward's primary).

The girls were excited to see me up there and did a great job pretending not to know me.

After church I herded up the kids, came home, and started lunch. Eventually I checked my phone to see if Andrew was in transit. He'd sent me a text message to say that they had landed and that the car battery hadn't died this time so they were on their way. I wrote back, "Huzzah!!!!!!!!!!!!!" and then looked in the driveway...and there he was!

The kids were rather excited to see him and spent the next several hours climbing all over him. 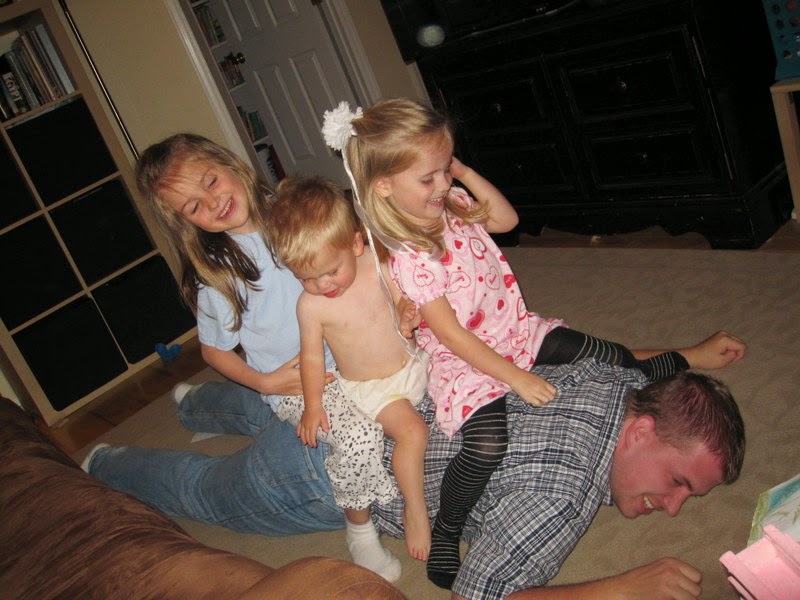 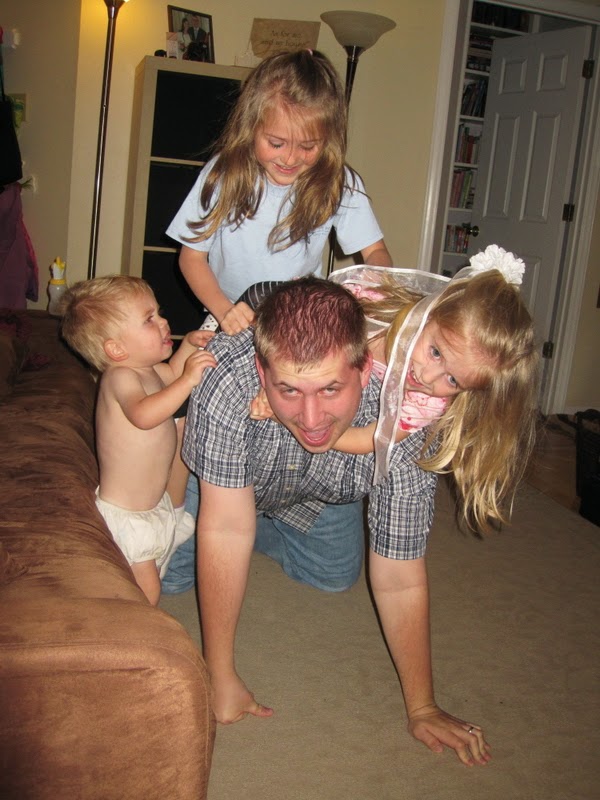 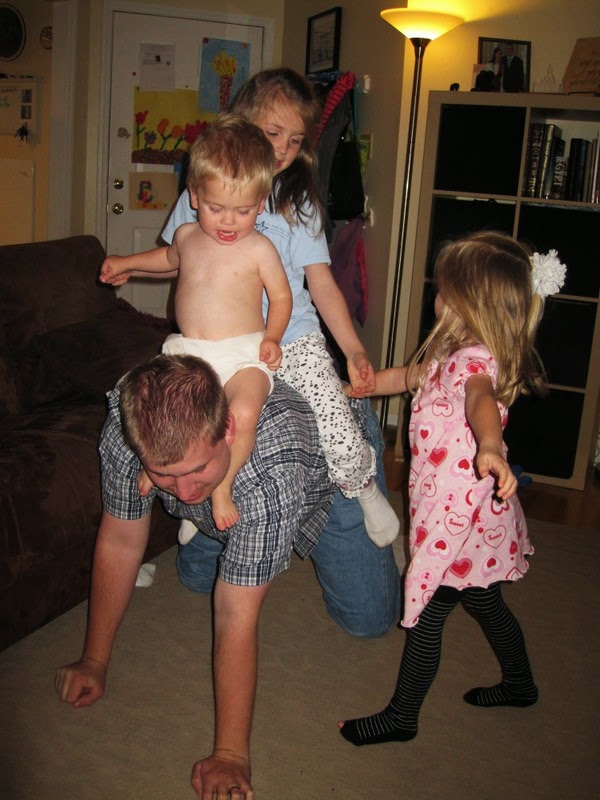