For those wondering, Rachel loves her elephant hat. She has reminded me at least a dozen times today that she needs her costume for dress rehearsal on Tuesday morning. I kept assuring her that her costume was finished. I didn't know what else there was left to do—I certainly wasn't going to make anything more elaborate.

"I need to pick out my grey clothes!" she insisted.

So before putting on her pyjamas this evening she picked out her grey clothes. She doesn't actually have a lot of grey but certainly had more than I thought she did. She had to choose between some grey spotted pants a pair of grey pants with an orange-pink stripe on the sides. For the top she had to choose between a ruffled tunic and a grey-on-grey polka dot tunic (both are too short to be dresses but too long to be shirts, in Rachel's opinion).

You can see what she settled on below: 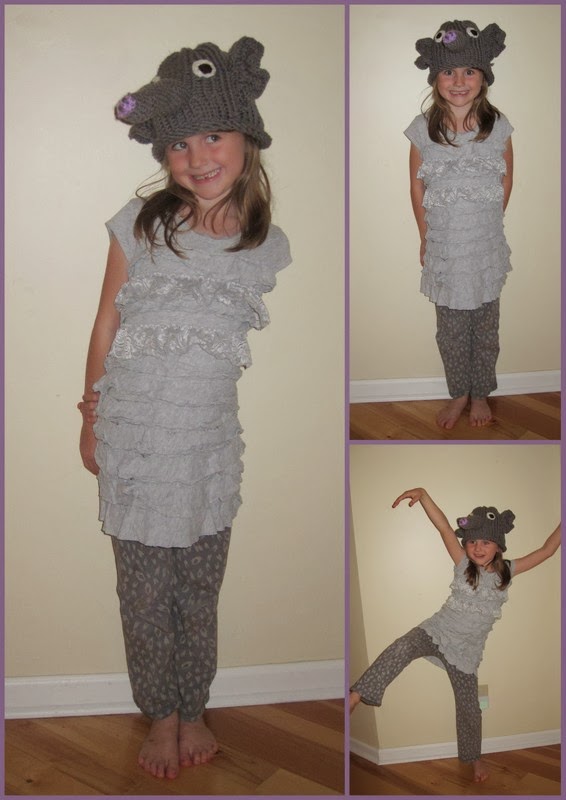 She's thrilled with her costume and can hardly wait for Tuesday to arrive. And because it's impossible to take a picture of one child without others jumping in to photobomb, here are some pictures of Rachel with Benjamin and Miriam: 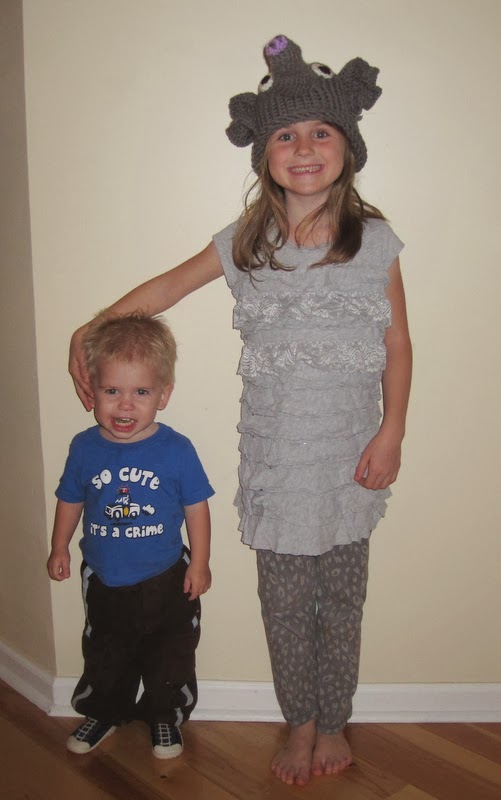 Yes, Benjamin's mouth is full of something green (celery from dinner that he hadn't swallowed yet, little chipmunk). 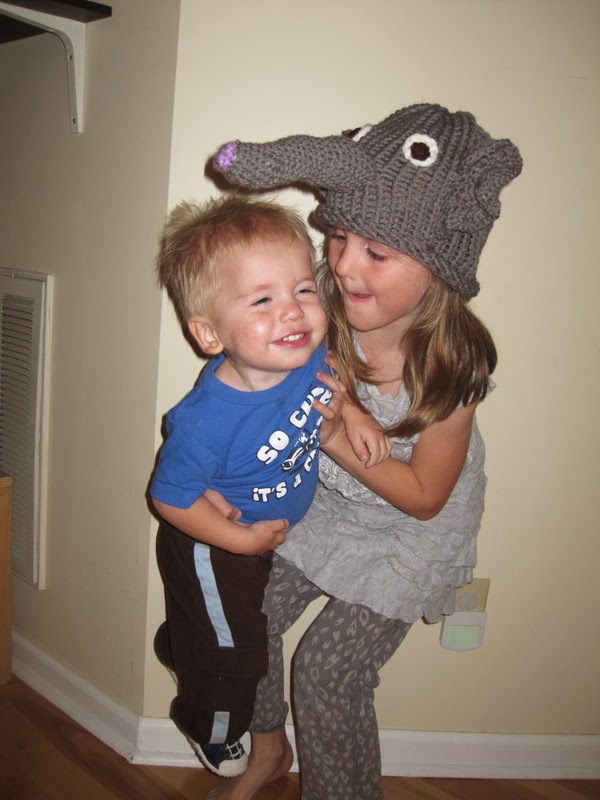 Rachel wanted to hold Benjamin for a picture but he did not agree. He kicked and screamed until she put him down. When we flipped through the pictures later she said, "Hey! He actually looks happy that I'm holding him. That's funny because he wasn't!" 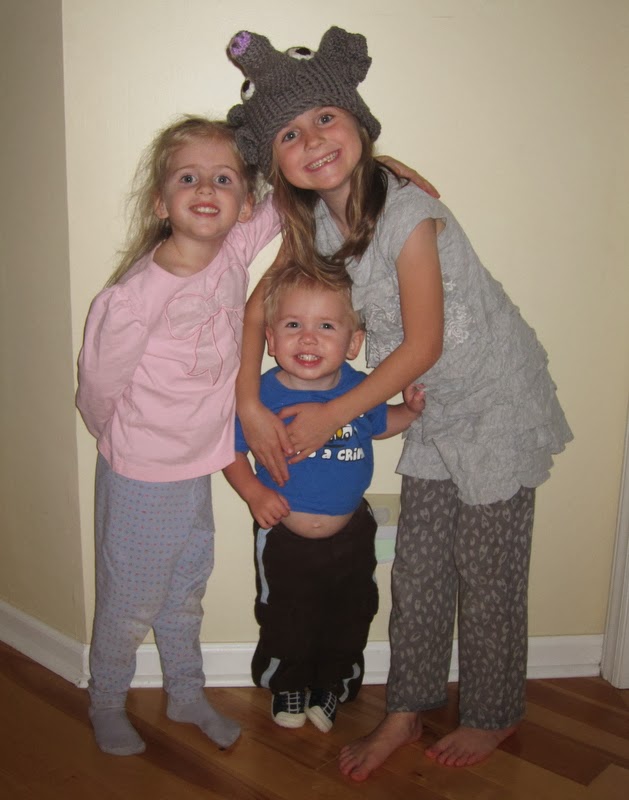 And here's where Miriam joined in. I think she also has a mouthful of celery in this picture. At least we know my kids eat (some of) their vegetables. Or, you know, at least will put them in their mouth and chew them (and sometimes swallow them).

Tune in on Tuesday for a full report of the musical—it should be grand.
Posted by Nancy at 7:34 PM