A bit of catch up

I feel like I've been lagging behind a bit, so here's a picture dump!

We started setting up for Christmas. Andrew magically got all the Christmas boxes down from the attic by himself. Benjamin thinks they make wonderful toys. 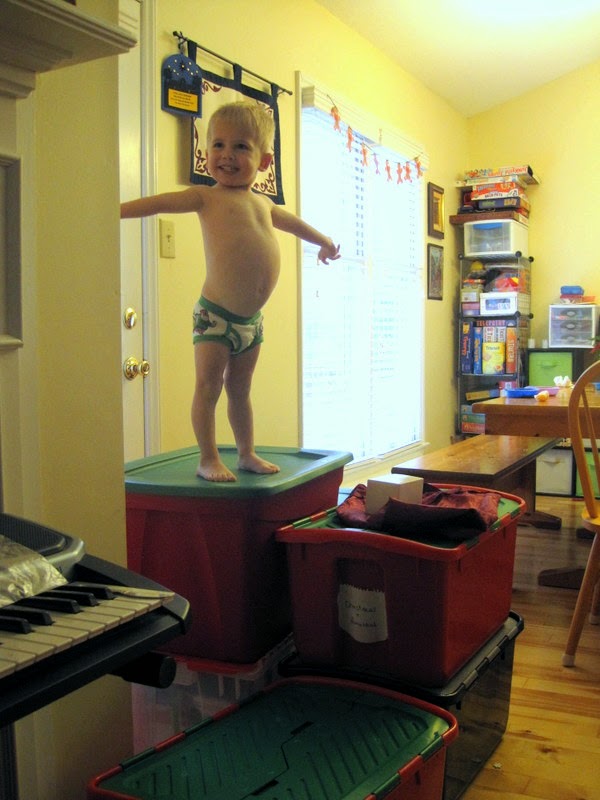 This corner of the house is his castle (not to be confused with the cardboard box he's been sleeping in for a month now (he has a perfectly good bed in his room, too, he just prefers the box right now)). One of the boxes is his door and he'll move it so he can get inside the little alcove he's claimed. He also likes to climb on top of the boxes (obviously).

Miriam and Benjamin were playing in his room the other day—very nicely for quite a long time! Miriam asked if I'd come and and "see something," so I did. I saw that they had made a very big mess, but I couldn't see Benjamin anywhere. "He's with the stuffed animals!" Miriam said. And indeed he was! 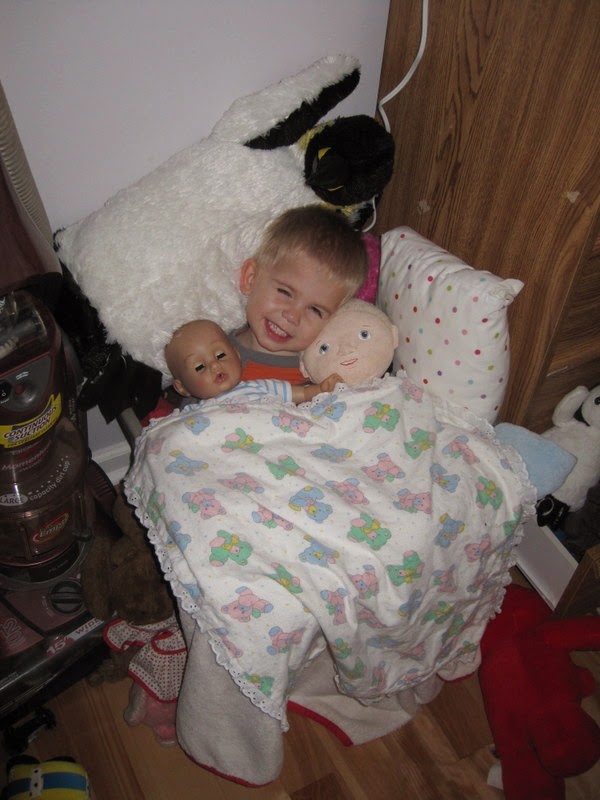 On Thanksgiving morning the kids dressed up as Mary and Joseph and a shepherd. Here's Mary (Miriam) and Joseph (Benjamin) with Baby Norah (Baby Jesus) in front of this year's Thankful Tree. 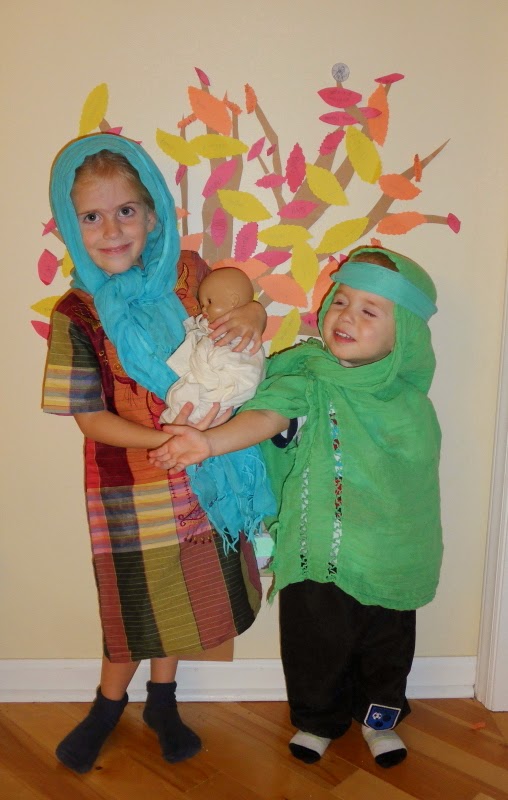 And here's the I-may-be-getting-too-old-for-this-stuff-but-can't-decide-if-it's-not-fun-anymore-because-maybe-it-is-just-a-little-bit-fun-still shepherd (Rachel): 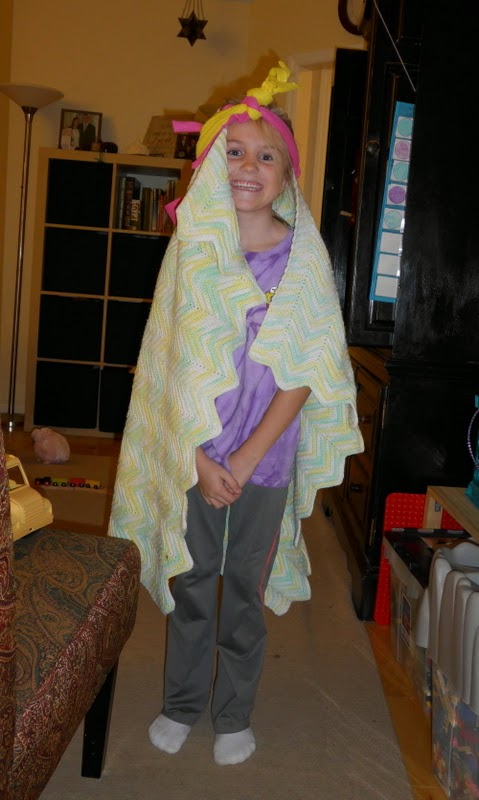 Benjamin has been loving these new-to-him robot jammies. Here he is wearing his jammies, sitting in a box, reading a Christmas story: 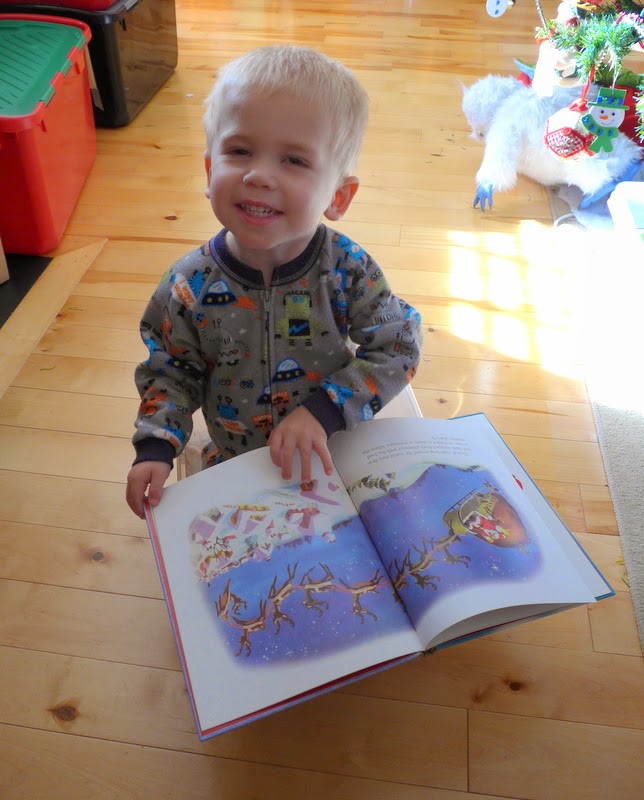 Yes, the Christmas boxes are still down. No, I haven't finished decorating and at this point I probably won't. And the Christmas boxes probably won't get put back up in the attic until after Christmas, either. I think we'll just shove them in the outside shed until we're ready to clean up from Christmas. A couple of days ago Andrew told me to decide what else I wanted to put up and have the boxes ready to go back into the attic and I said, "Do you really want to put the boxes back up there only to have to take them back down and put them back up again?" And then he said, "Good point."

It might be different if I was any help at all, but this year he's wrestling all those boxes around by himself. The fewer times he has to do that the better.

I took the kids to the park twice this week, once after Benjamin's doctor appointment on Friday and once on Monday.

Monday was a balmy 70°F day, so we walked to the park and stayed for about an hour. I was talking with Auntie Josie on the phone while the kids played. Then Benjamin brought me a mandarin orange from the diaper bag and asked me to peel it and—guys!—I peeled that orange with one hand and kept the peel all in one piece. Then, just to see if it wasn't a fluke, I did it again!

Is there an entry in the Guinness World Records for the most number of mandarin oranges peeled in one piece with one hand while talking on the phone? Because I think I could probably set that record. 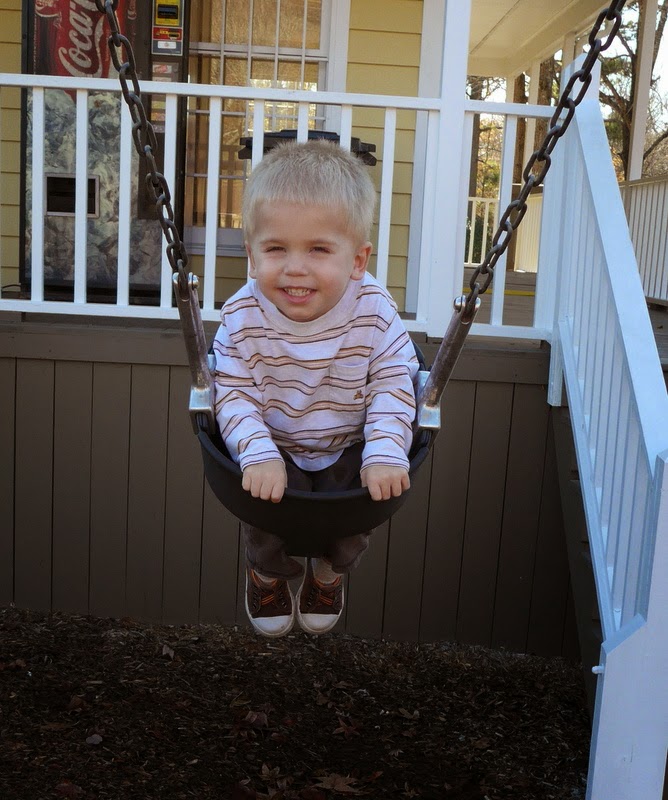 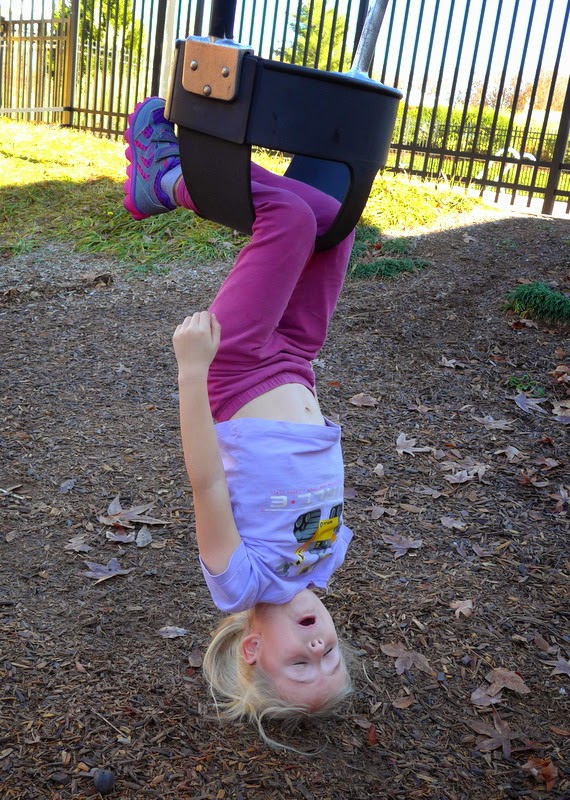 Obviously I didn't just talk on the phone. I eventually did hang up and pushed my kids on the swings for a while (even though Miriam is perfectly capable of pumping on her own) before we went home.

I think that picture dump just about brings us up to the present day...
Posted by Nancy at 8:58 PM