I was afraid we were going to miss out on the neighbourhood luminaria this year but then, much to my happy surprise, they started advertising that it would be this weekend! We still didn't get to participate fully because we went to our ward Christmas party instead, but once we got home from that we went for a lovely (slightly chilly) walk around our neighbourhood. And the luminaries are still burning brightly!

There was one luminary by our house that didn't have a candle in the bag so it was "broken," which perplexed Benjamin to no end. He had to stop and check every single paper bag to make sure it was "working" as we made our way through the neighbourhood (so obviously we didn't make it through the entire neighbourhood because we had to go super slow). 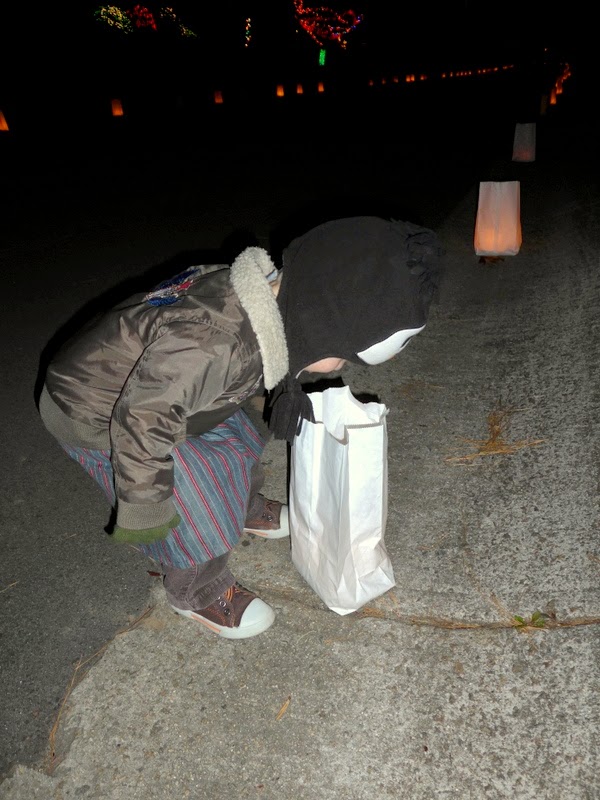 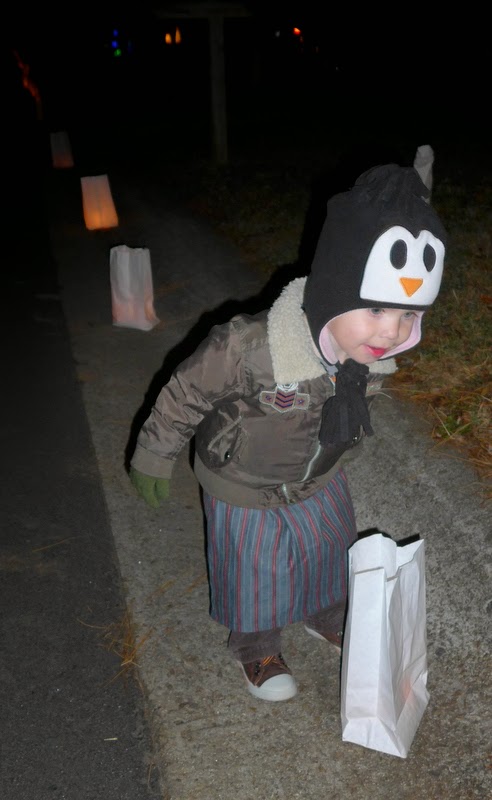 Benjamin's still dressed as "Josey" (or Joseph) because our ward Christmas party had a biblical theme and they asked that we come dressed for the time period. I was impressed with how well people responded to that request. It was a beautiful party—they had big beach canopies set up and covered with fabric to look like market booths, with signs for the dinner like "Magdelena's Meat" and "Corinthian Couscous" and "Bishop's Brewery" and things like that. It was quite fun! Anyway... 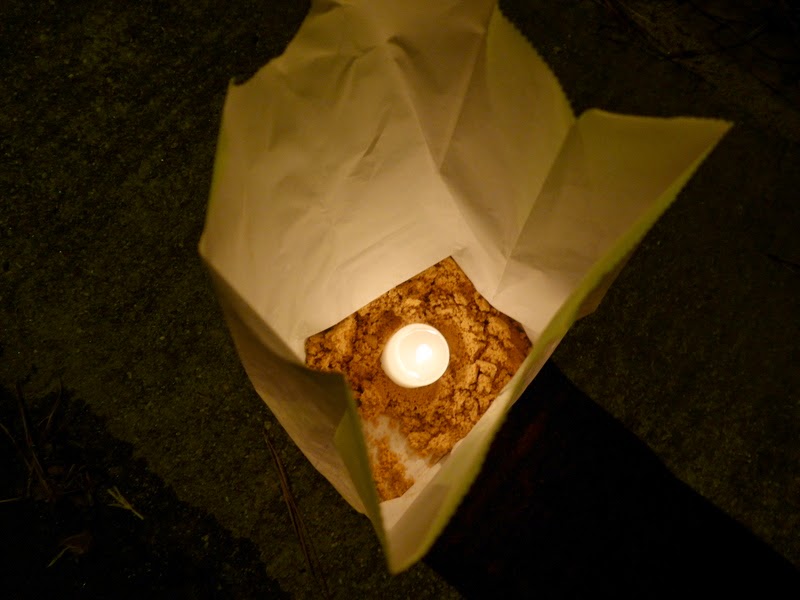 Benjamin is also wearing his penguin hat because he wouldn't wear his coat unless he could also wear his penguin hat. It was cute to see his little head bobbing up and down along the street. 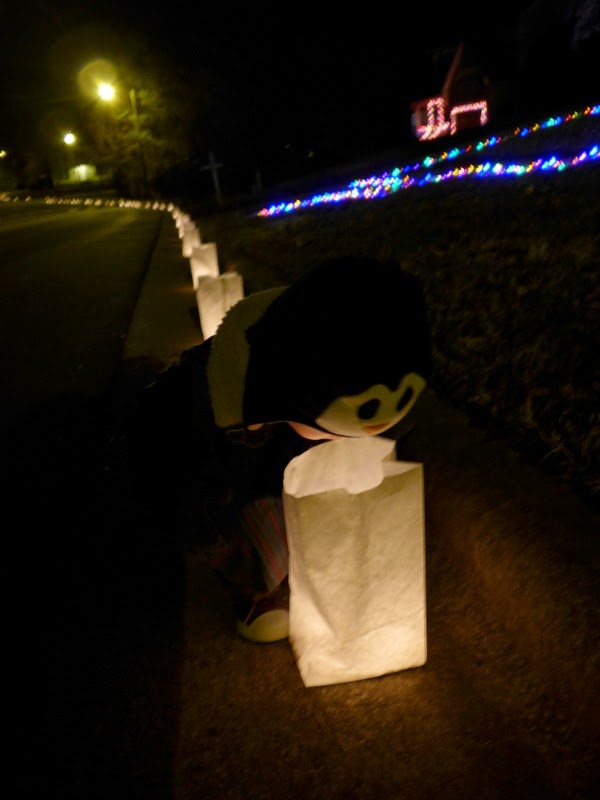 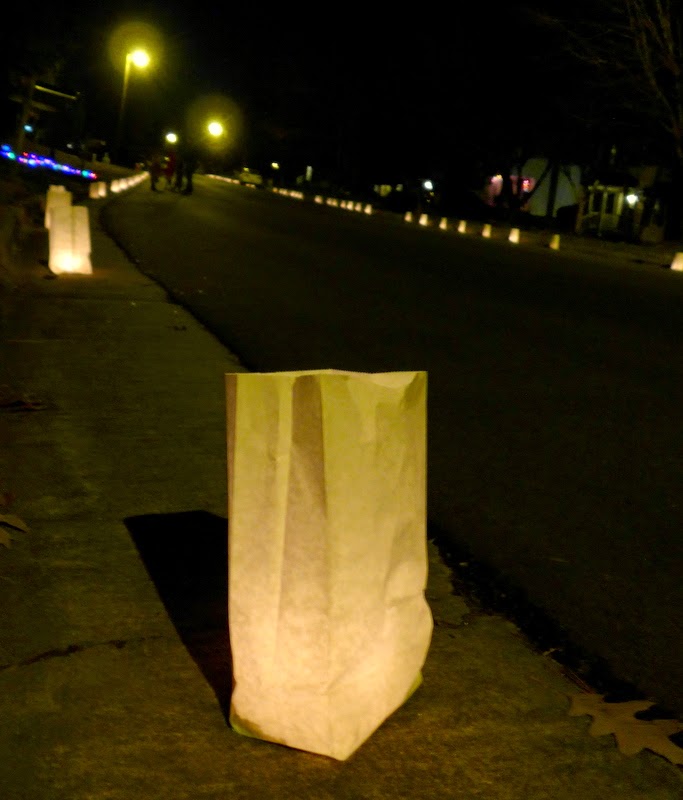 Here's Miriam warming her hands over the candle flame: 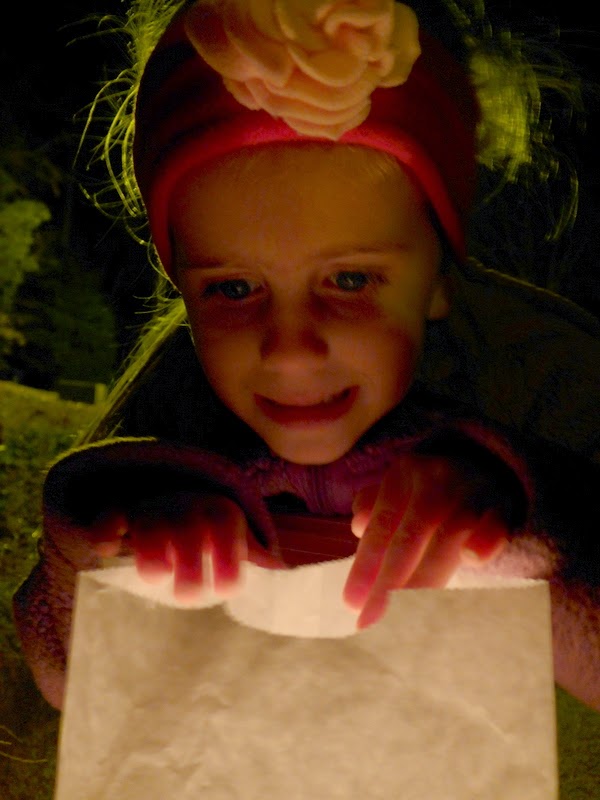 This is currently the kids' favourite house in the neighbourhood. The penguins in the whack-a-penguin game pop up and down. Benjamin thinks it's hilarious. 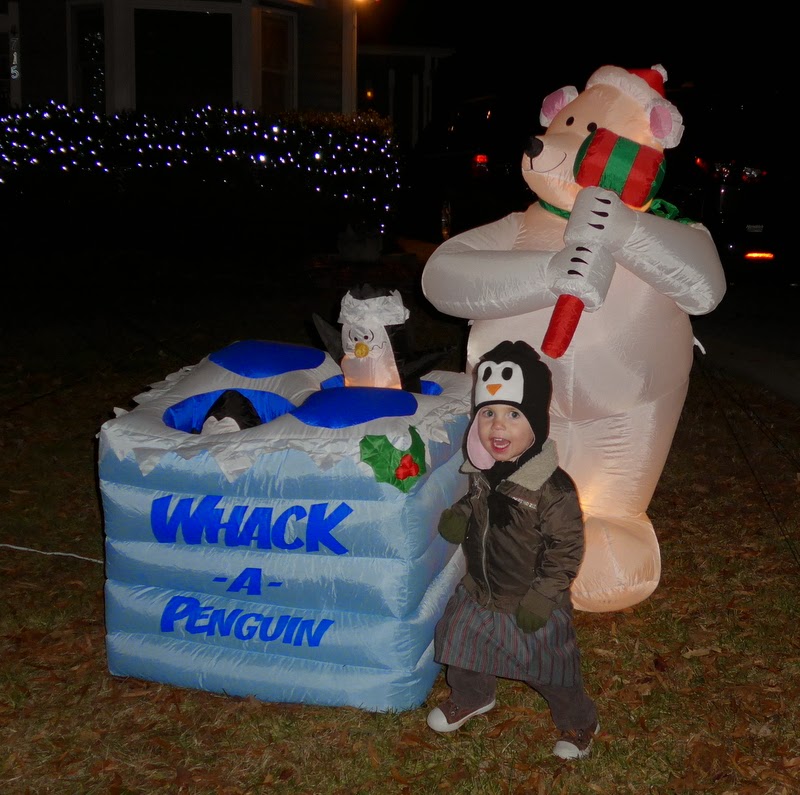 They also have some shivering penguins and snowman: 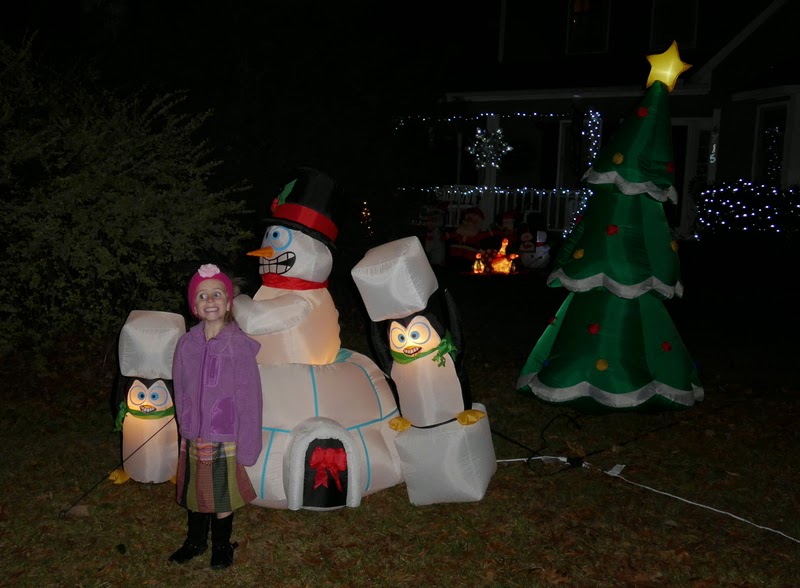 Andrew carried Benjamin home so that we could move a little faster. 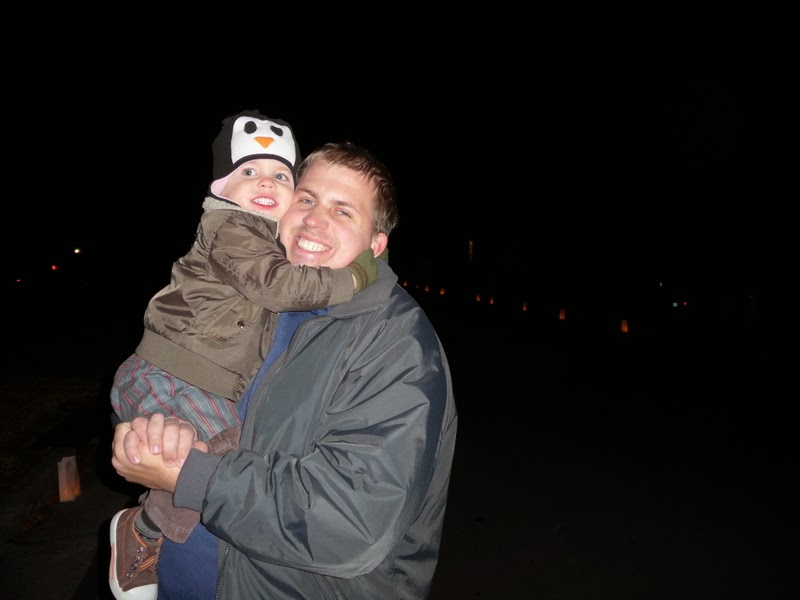 And Rachel eventually stood still long enough to snap a picture as well! 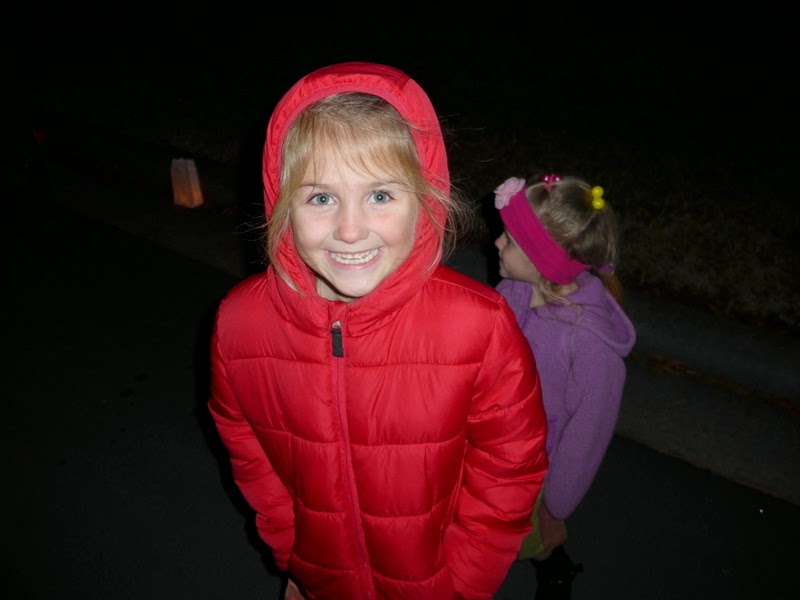 When Benjamin got home and pulled off his hat we all had a laugh at his hat hair: 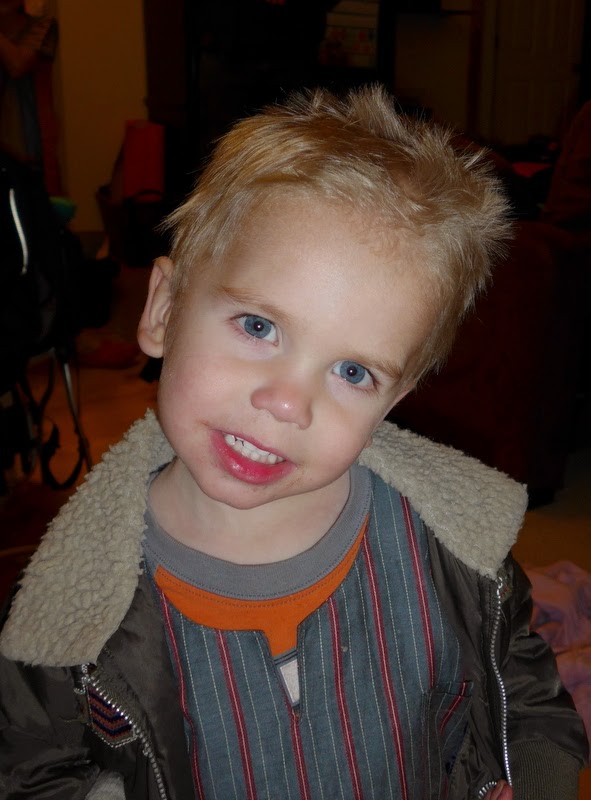 Now the kids are warm and bathed and in bed, though not yet asleep. I'm hoping they fall asleep sooner than they did last night...but they're so hopped up from unlimited access* to the dessert table that I might be hoping in vain.

*We are already outnumbered as parents 3:2 but the odds of properly corralling the children decline when one parent or the other is off doing musical stuff (the girls and I played with the ukulele choir and Andrew played the piano for the ward sing-along) so Benjamin saw this lack of supervision as permission to visit the dessert table as often as he wanted.
Posted by Nancy at 9:25 PM