Christmas afternoon with the Laytons

Our first stop in Utah County was my Auntie Judy's house for a family lunch. 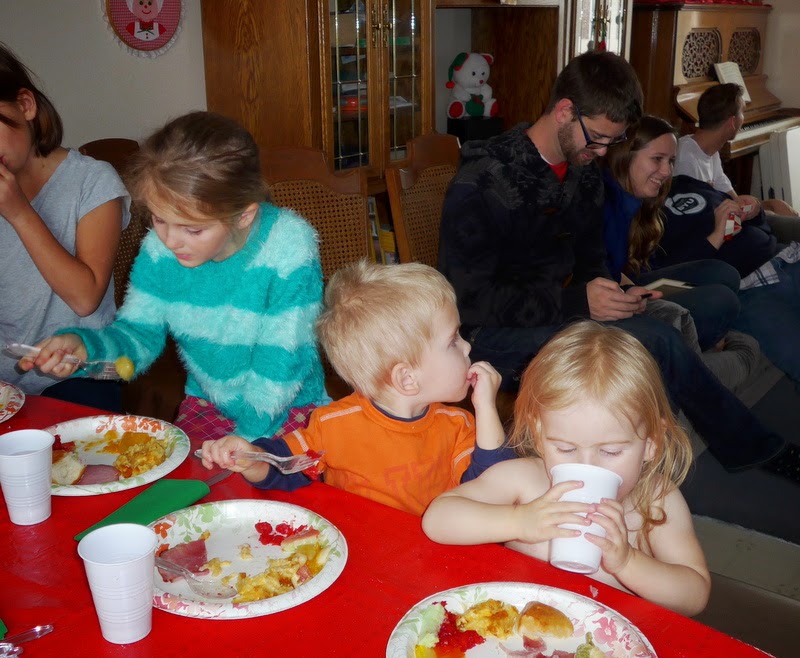 Randomly, can I just say that I love when family connections are complicated? Not so much because of divorce and pain, but more because of hilarity and love. And maybe I have a sick sense of humor. This Christmas I got to meet Andrew's aunt Judy--the daughter of Andrew's late step-grandmother, Sharon--for the first time. And then we went to my aunt Judy's--the ex-wife of my mother's brother--for Christmas lunch. But, you know what? Even though there's hurt and history in the past, we're family. And I love when we can work through the pain and hurt feelings of mixing families and traditions and all just be happy together.

Families are remarkably complicated. And yet so simple. Like snowflakes, perhaps. Intricate, unique...but commonplace and predictable...completely paradoxical.

My cousin Elizabeth was in town. I haven't seen her since Bridget as brand new (and Benjamin was a little older than brand new) and they lived in Virginia! 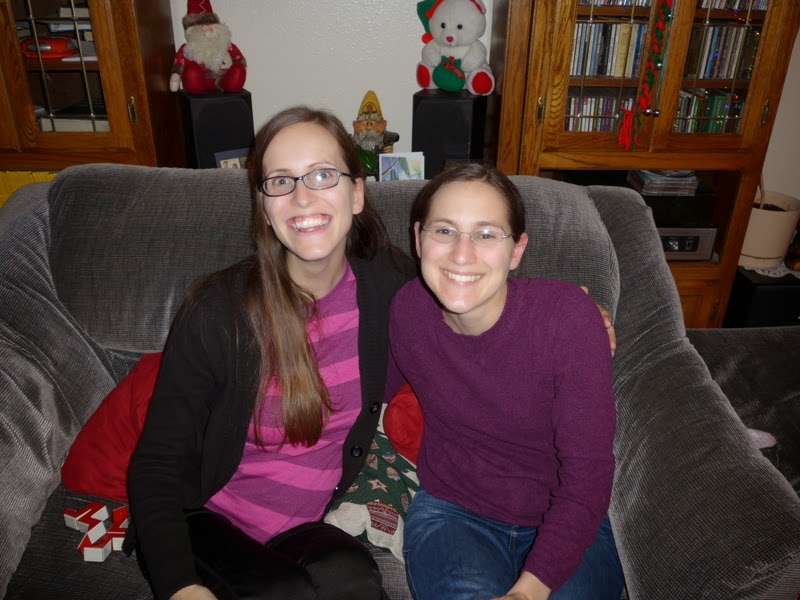 Here's Benjamin and Bridget together: 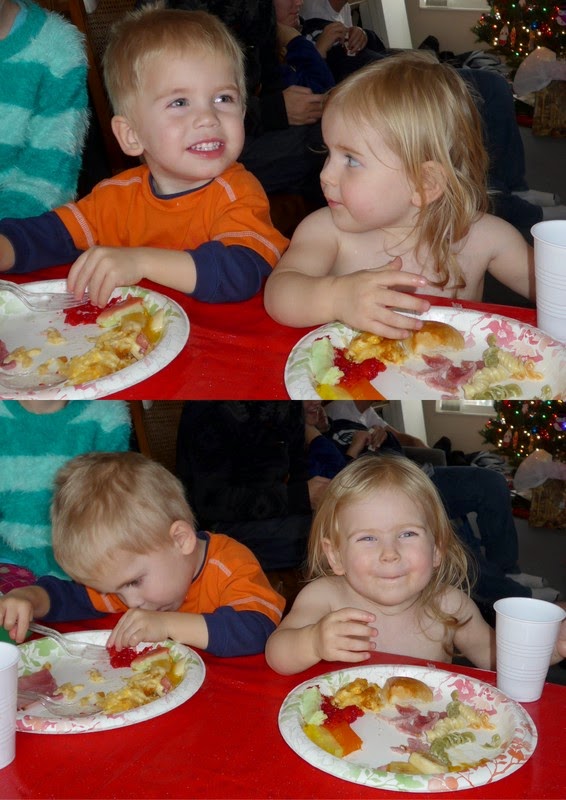 It was so good to see her, but I was a little surprised when my aunt said she was trying to get ready for forty people to be at her house. My family was the first to arrive and I had no idea everyone (five of her stepchildren with their children, Elizabeth and her family, me and my family, my mom and my unmarried siblings, Kelli and Allen) was coming (or at least everyone in the area--there were a few family members who weren't able to travel out here (and they were missed)). My mom gave me the impression it wasn't going to be a huge thing...that we had to get in and out so that they could do their "family thing" in the early afternoon.

But it was so wonderful to see everyone! It was fun to see how big the older cousins are getting (17 years old? Stop it.) and to see the newest additions (Ermergersh! Those cheeks!) and to hear about the goings on in the lives of my generation. I'm really not sure what to call us...the aunts and uncles? We're not the cousins everyone's raving about. We're not the gushing grandparents. We're just the boring parent generation now. (hash tag: weird / hash tag: getting old)

Oh, oh! And to compare bellies with my cousin's wife--she's due the day after me and I'm so excited for them (probably more excited than I am for us).

Still, it was a relief to our introverted family to bid everyone farewell and head over to my mom's house for our gift exchange. We were unexpectedly spoiled rotten! We had presents from Auntie Kelli, cousin Rosie, Uncle David, Auntie Josie and Uncle Patrick, and my parents. We hardly knew what to do with ourselves! Paper dolls and toy trucks, games, new clothes, books, dinosaurs! My kids were ecstatic.

The Justin Bieber wrapping paper Auntie Kelli had wrapped her presents in (ironically, of course) was a huge hit. Here's Patrick giving his best Bieber impression (yes; it's blurry...but too wonderful to pass by): 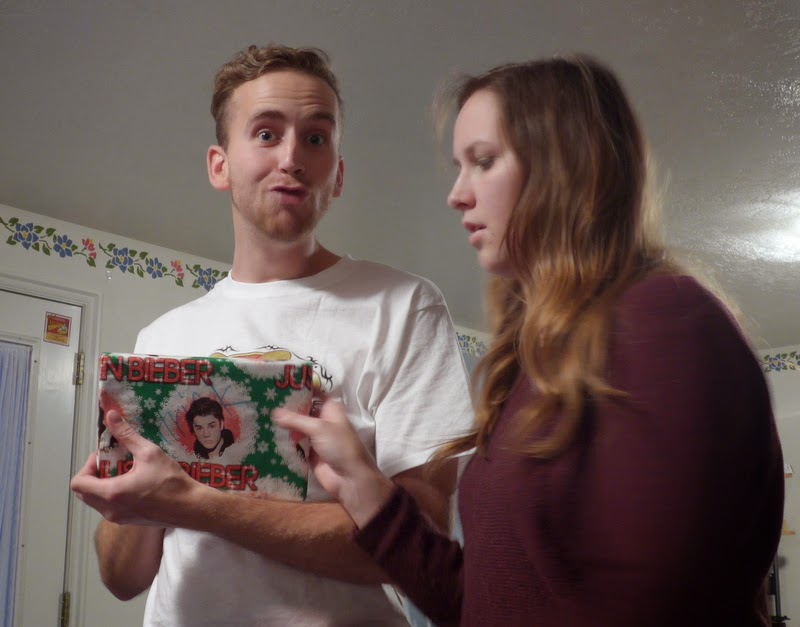 And their cousins didn't get jealous watching them open all those presents while we offered nothing (sorry, folks, we spent all our money on plane tickets). I suppose there are benefits to having cousins so spread apart in age.

I didn't get a picture of me with my nieces and nephews, but I got a picture of all the cousins there together (we're missing six of them—four got together in Canada without us): 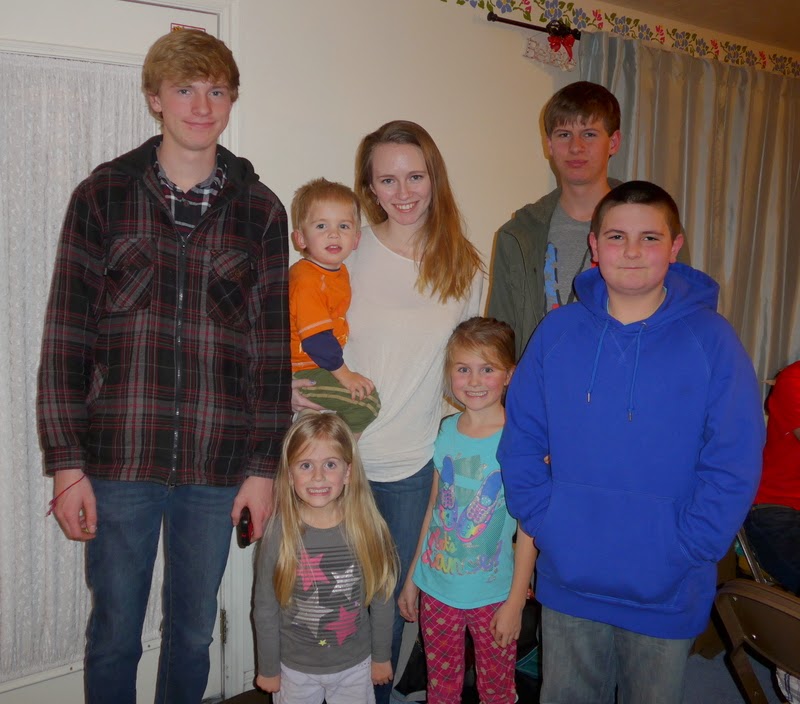 I'm not exactly a short person—several inches above average, actually—but Rosie is taller than me, so you can only imagine how my nephews tower over me. Matthew just told me he's 6'1" and he says he's a couple inches shorter than Andrew, who's still hoping to grow a few more inches (and probably will because he's only fourteen). 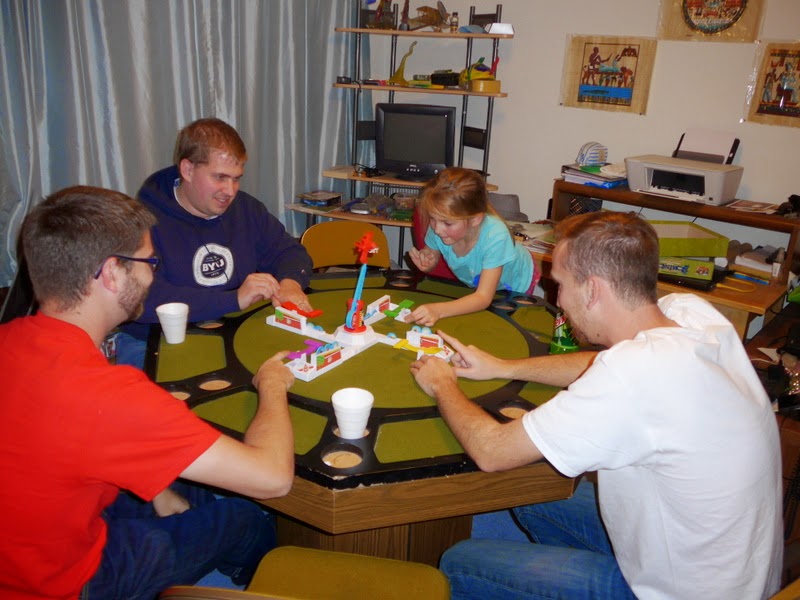 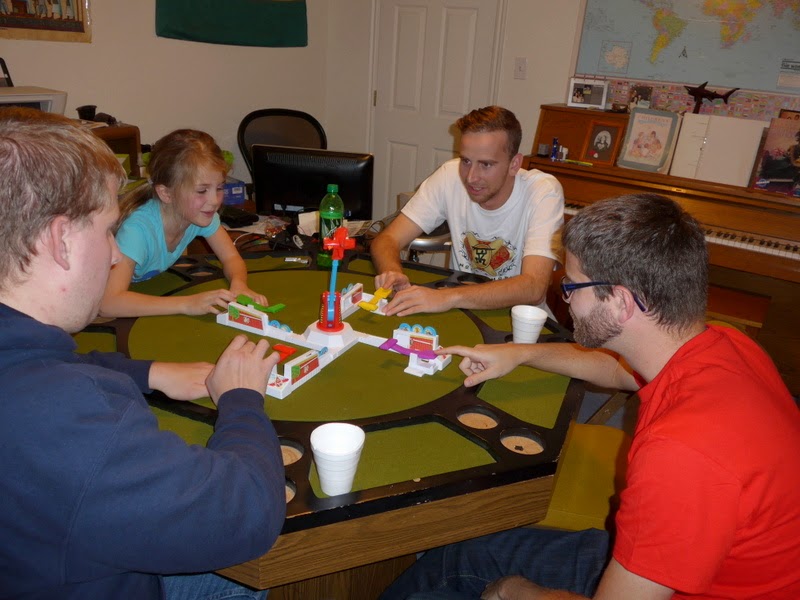 We had a fun evening watching ELF and playing games, but as soon as Allen arrived with Stephen (he had to pick Stephen up from his mom's house) we had to say goodbye. You've heard of white Christmases? Boy, did we get one--and how! The roads were terrible so they left early to give themselves time to get home (so Allen could go to work the next morning), which left just my family with my brothers and sister and parents. Even that group fizzled out pretty quick.

I think we (Andrew and I) ended up watching the Dr. Who Christmas special with Auntie Josie after we put the kids to bed and we were just getting ready for bed ourselves when we got a text from my niece Rosie telling us that she had lice!

That kept us up for quite a while longer. We went over each other like monkeys and then sneaked in to give the kids a look over, not that our looking over was terribly effective in the middle of the night. Fortunately, Benjamin's two-year-old hair is easy enough to check and we were able to declare him lice-free. We were most worried about him because he'd been snuggling with Rosie during the movie. 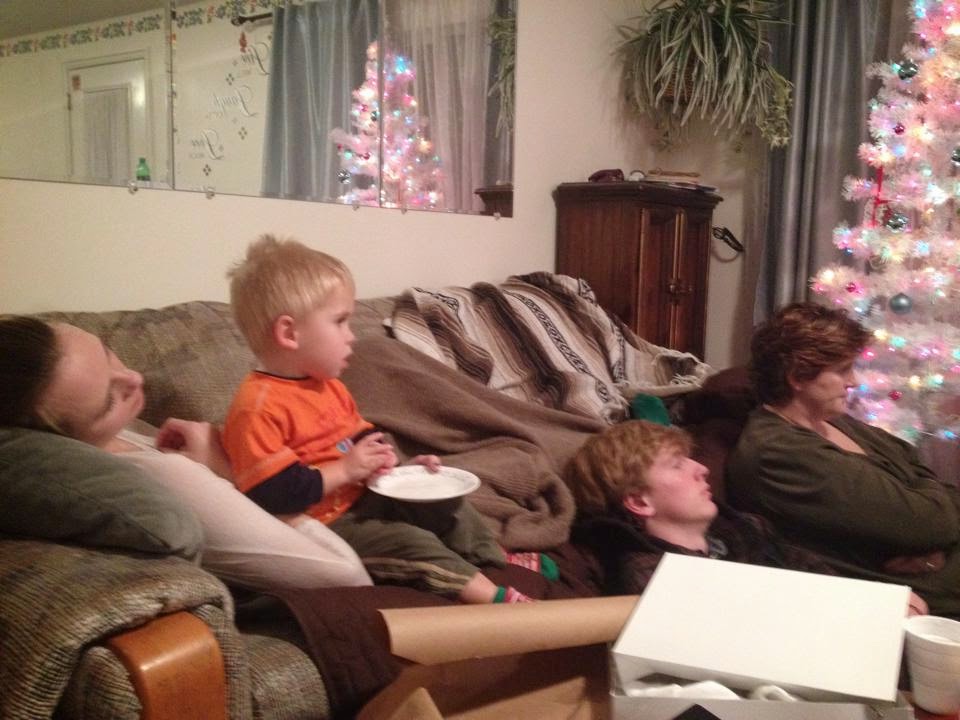 We pulled up our snapshots from the evening to see where Rosie had been and how snuggly Benjamin had been with her (not very as you can see). And Josie even took the opportunity to take a selfie with Benjamin (he'd decided Rosie was his favourite and wouldn't let Auntie Josie come near him)...


After an evening and morning of fretting over and checking for lice, we decided that we'd dodged a bullet and that we hadn't caught anything from Rosie. Thank goodness!
Posted by Nancy at 8:00 PM