In the evening we head up to Salt Lake to see the Lights at Temple Square. My sister Kelli wanted to meet with the kids before Christmas but it's been hard to get our schedules to collide. This evening worked.

It had been so warm during the day but started to get a little colder (than we were used to) at night, so we bundled up and headed out. Uncle David joined us again and the kids enjoyed riding on his shoulders. I'm not really sure what Miriam's doing in this picture...but...uh...it needed to be included here: 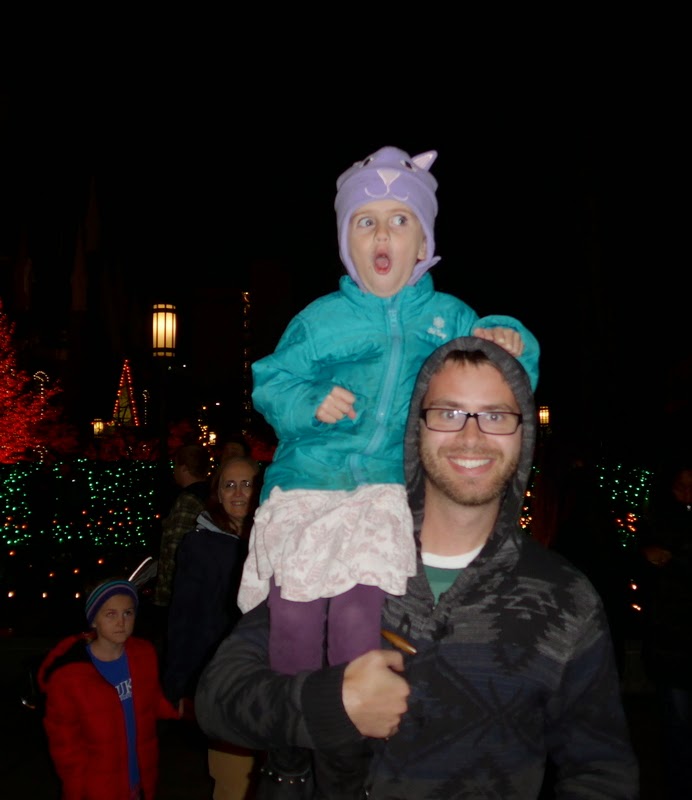 Everyone took a turn on Uncle David's shoulders. Here's Rachel: 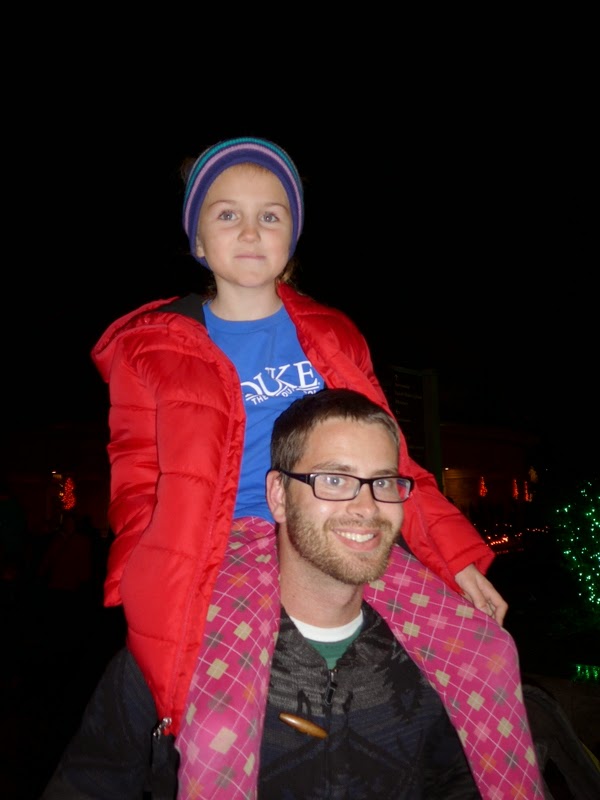 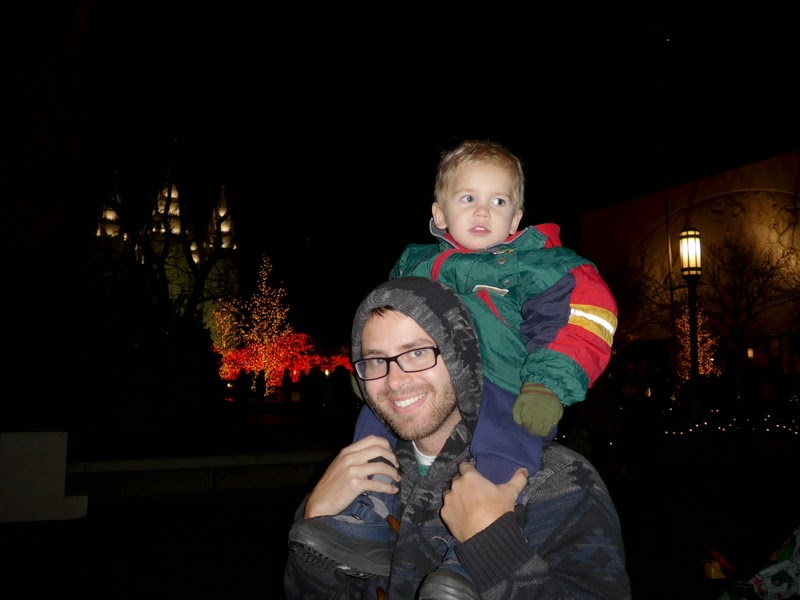 But don't worry; we kept Daddy plenty busy, too: 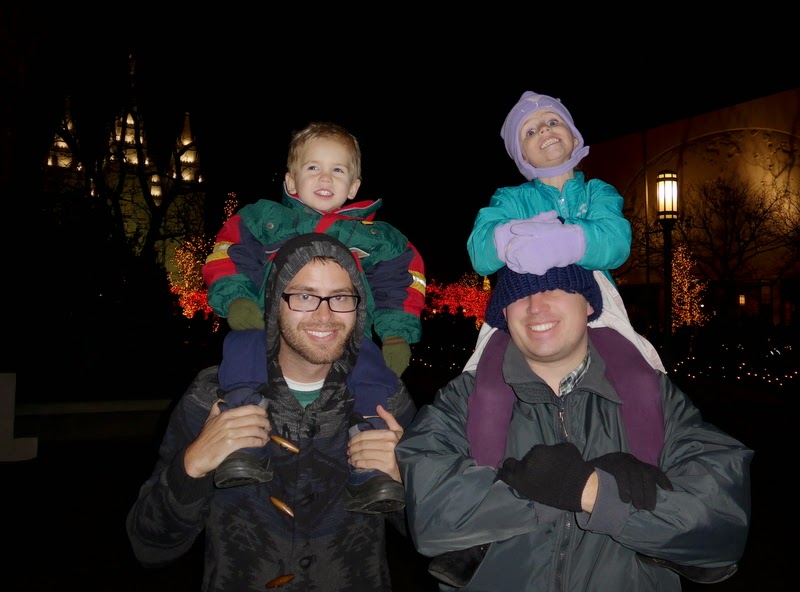 We arrived at Temple Square a little too early to meet my sister and by the time she texted us to ask where to meet us we'd already wandered around enough to see just about everything and were cold and children were getting grumpy. 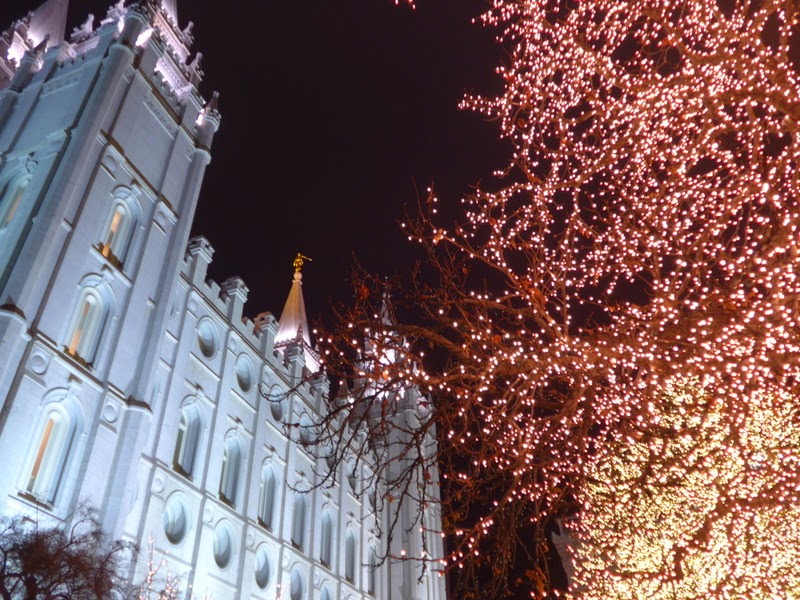 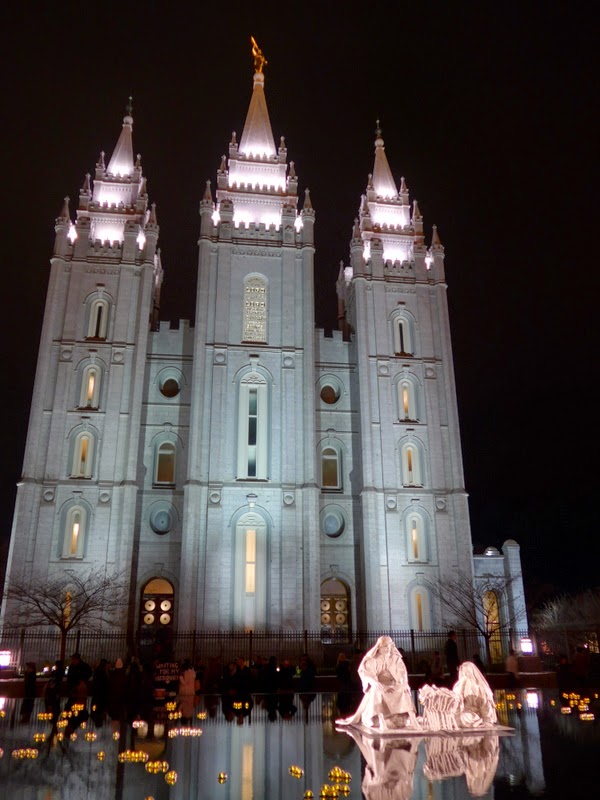 So we met Kelli, Allen, and Stephen at BJ's to warm up and have some dessert before hitting the lights again. Stephen was so funny--they'd brought an empty wrapping paper roll for Benjamin (since he's been using them as "king sticks" at our house) and Stephen (who's 12, I think) bowed before Benjamin and said, "Your scepter, my lord."

Benjamin was too shy to take it, but it was an adorable moment anyway.

Auntie Kelli also brought some Frozen necklaces for the girls (an Elsa one for Miriam and an Olaf one for Rachel). She said it was an angel who had surprised them with with the necklaces. She'd gone to run some errands and even though she already had presents ready for my kids, when she saw those necklaces on sale she decided to get them for the girls anyway.

She'd miscalculated how much she was spending and when the total rang up at the register she had to put the necklaces back. The sales clerk had tried to talk her back into getting them--it's Christmas; splurge a little--but she just laughed and said that although Rachel and Miriam would like them she was only spoiling them. She already had presents, so getting the necklaces wasn't important.

Kelli headed out to the car and started loading her things. A woman came up to her in the parking lot and held something out to Kelli. Kelli put her hand out and the woman pressed some money into her hand and instructed her to go back to the store to buy the necklaces. Kelli said she didn't need the money; the woman insisted that she get the necklaces for her nieces.

So, Kelli concluded on her Facebook page (which is where I drew this account from), "an angel is surprising them tonight."

Thanks to Auntie Kelli and that angel; I'm sure the girls will enjoy their necklaces!

Kelli, Allen, and Stephen walked us from the restaurant, through Temple Square, to the Conference Center (where we'd parked).

Here's the picture that I took of our group: 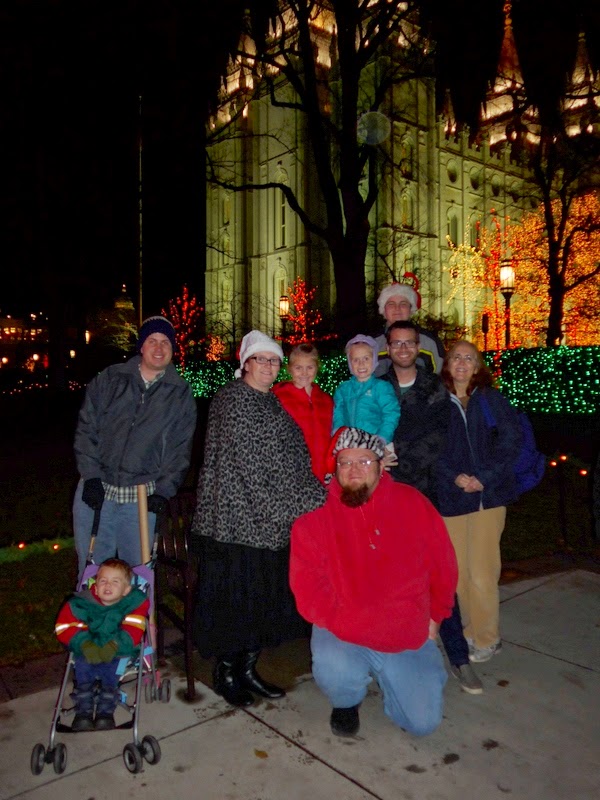 And here's one of the pictures Andrew took of our group: 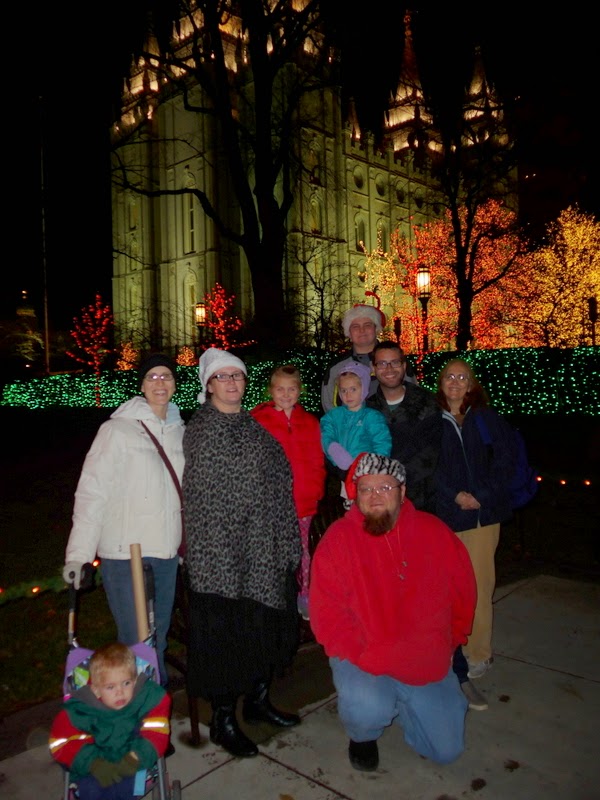