Rachel's doing a unit on sound in school right now and the culmination of the whole thing is a "sound parade" where each brings in a homemade instrument and they march around the halls playing them. Parents were not invited and I'm really not too shaken up about this because I can only imagine how cacophonous this parade will be.

The instrument Rachel designed and created is called a strummer. 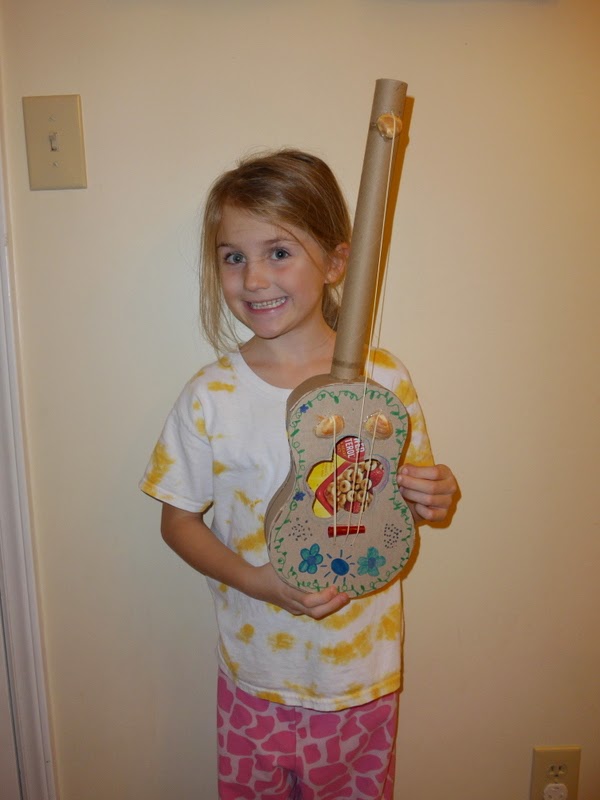 She based it off a ukulele (and in fact traced her ukulele to get the shape right). She did most of the cutting (except the sound hole) and I did most of the glueing (because hot glue guns are terrifying for seven year olds) though Rachel did manage to get burned once anyway. 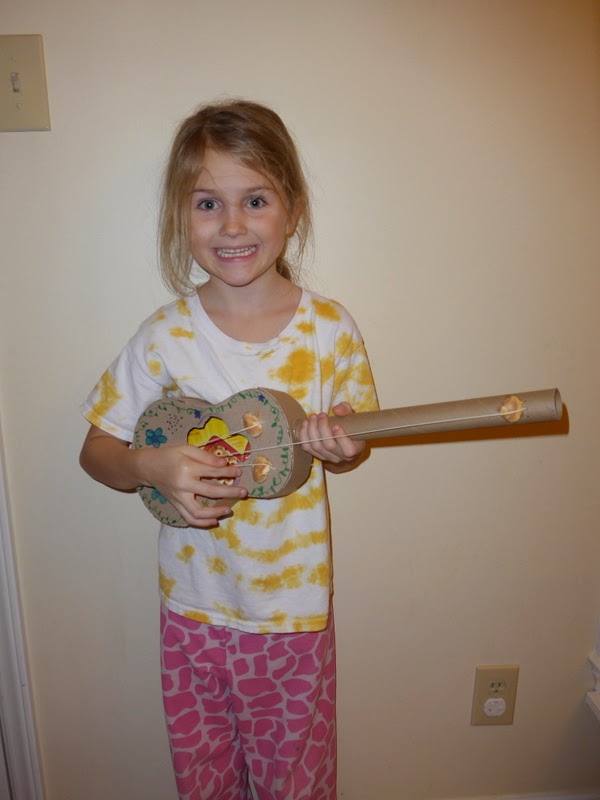 It's obviously made out of old cereal boxes. We meant to flip that first back layer the other way because we did a double layer of cardboard anyway, so we'd just cover it up with the second layer. But we forgot. So now the world knows that we recently finished a box of Cheerios.

There are probably worse things that the world could know about us.

She used an empty tin foil roll for the neck of her strummer, elastic bands for the strings (Daddy helped her string them), and for the bridges she used an old pen lid and some sea shells.

The middle string is the melody string. You can change the pitch by using your hand to lift the band up at different lengths. The other two strings are really just drone strings. And when they first put them on they were tuned to the exact same pitch even though she purposely chose different thicknesses of elastics to vary the sound. They retied one of them to make it tighter/looser so that it would sound different.

Overall she was quite pleased with her project, though I don't think any of us will  starting full-time careers as luthiers anytime soon!
Posted by Nancy at 10:09 AM