Since we bought our plane tickets...in October...the girls have been dreaming about snow because we'd be going to Utah (greatest snow on earth, right?).

It snowed the first morning Miriam, Benjamin, and I were there, but not very much. And then it was super warm. Ridiculously warm. Light jacket warm. Warmer than it was at home in North Carolina warm. So obviously there was no snow.

But on Christmas morning we woke up to a decent (by southern standards) blanket of snow. After opening presents, the kids bundled up with Daddy and Gampy-dad and headed out into the snow (I didn't bundle up and snapped a few pictures, but then I went back inside). 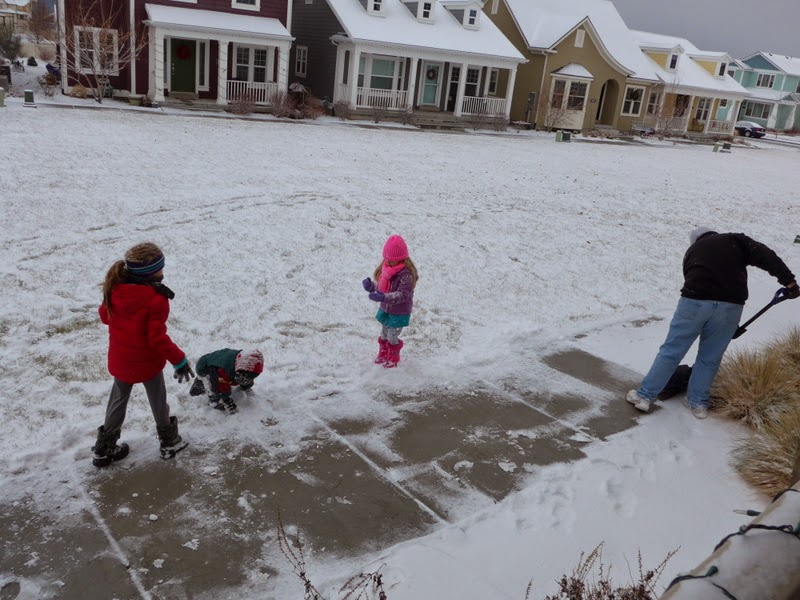 Benjamin kept lying down in the snow and then would just stay flat on his back trying to understand why this was fun. I think it's because Miriam had tried making snow angels the last time it had snowed (on December 17) and he thought it looked fun, but didn't see the part where you wave your arms and legs up and down. 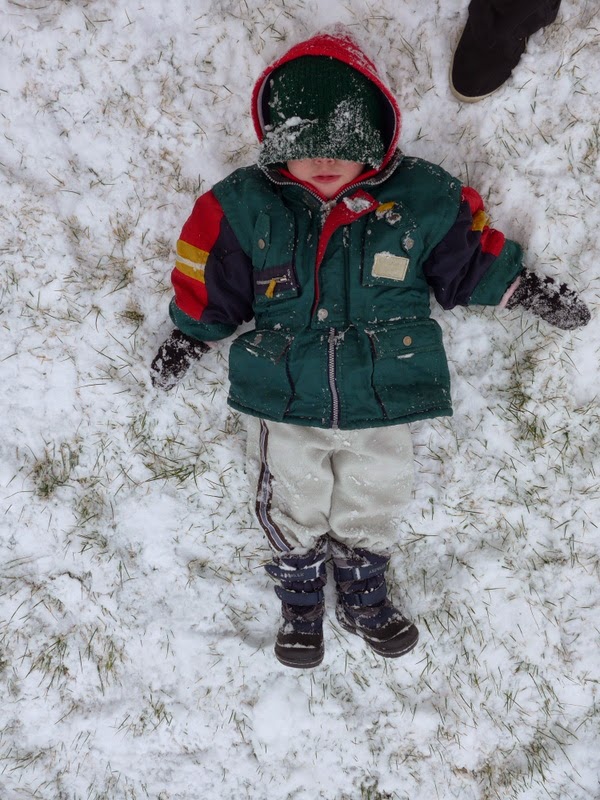 Oh, and that goofy hat of his! Originally the brim was folded up so he could actually see but he kept pulling it over his eyes and stumbling around half-blind. It was hilarious.

Andrew started a snowball fight with the kids (which is about the time I decided to hightail it back into the house)... 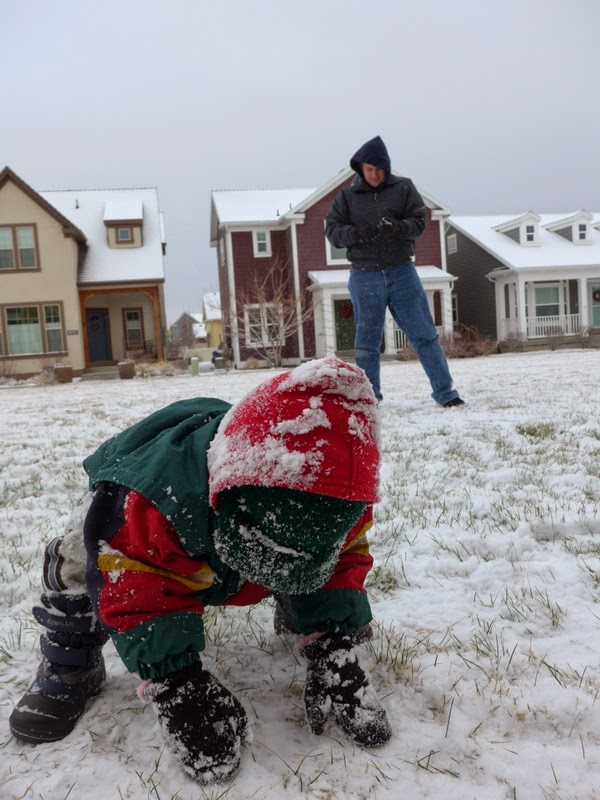 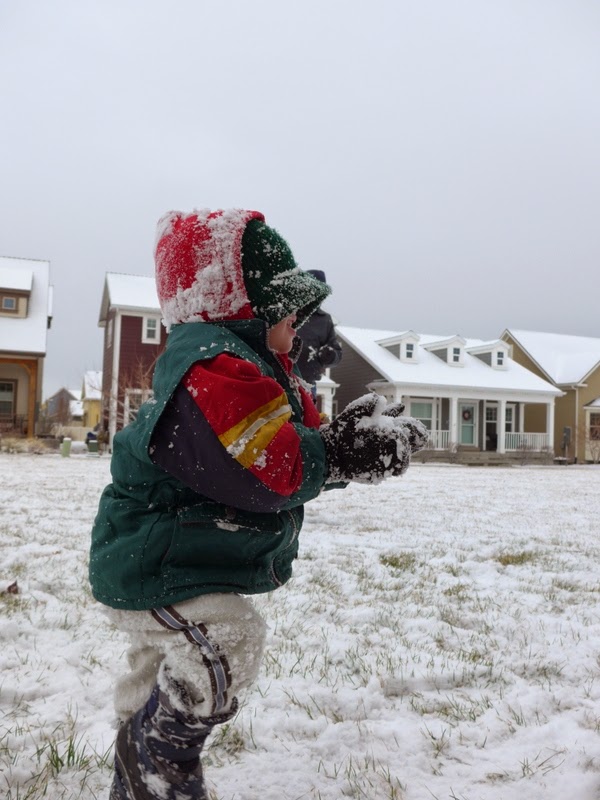 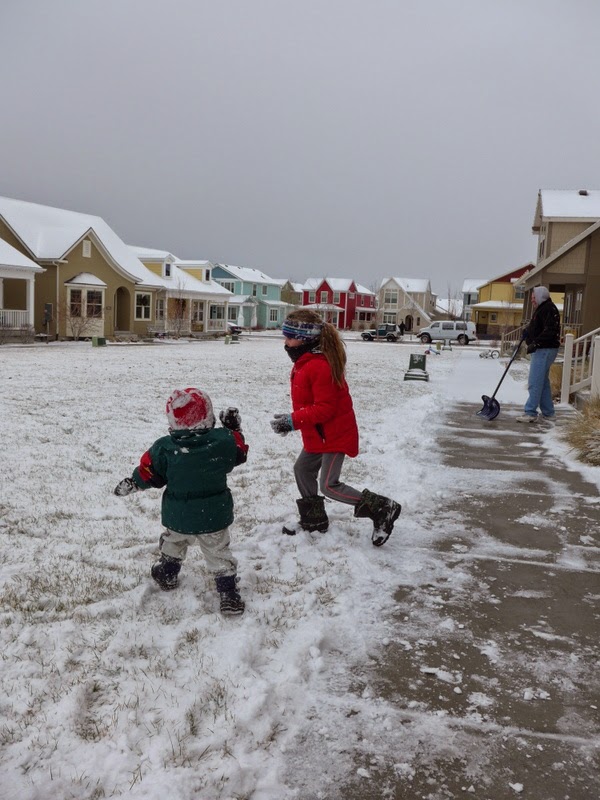 Miriam didn't really participate in the snowball fight. That sort of thing's not really her thing. She avoided it with me. 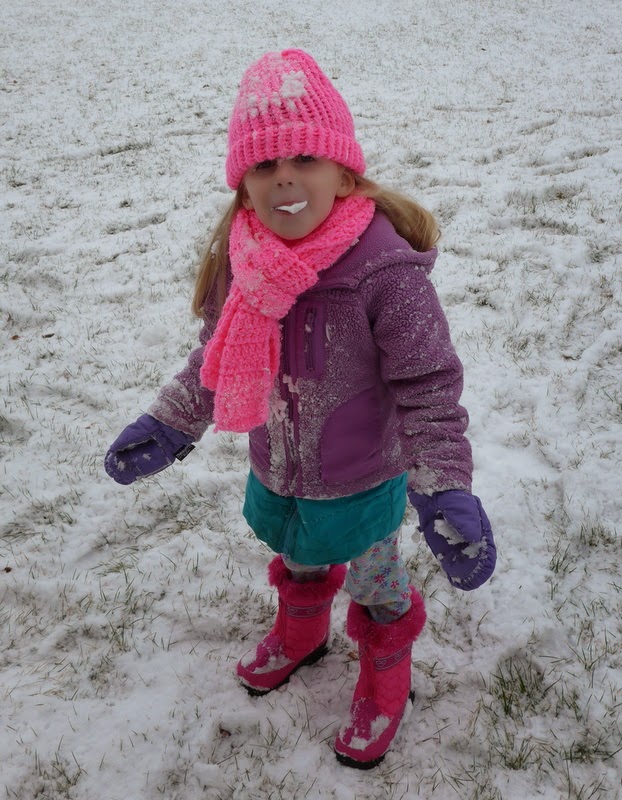 Grandpa brought the snowball fight over to us when he came and dumped a shovel of snow on Benjamin—which Benjamin found hilarious. 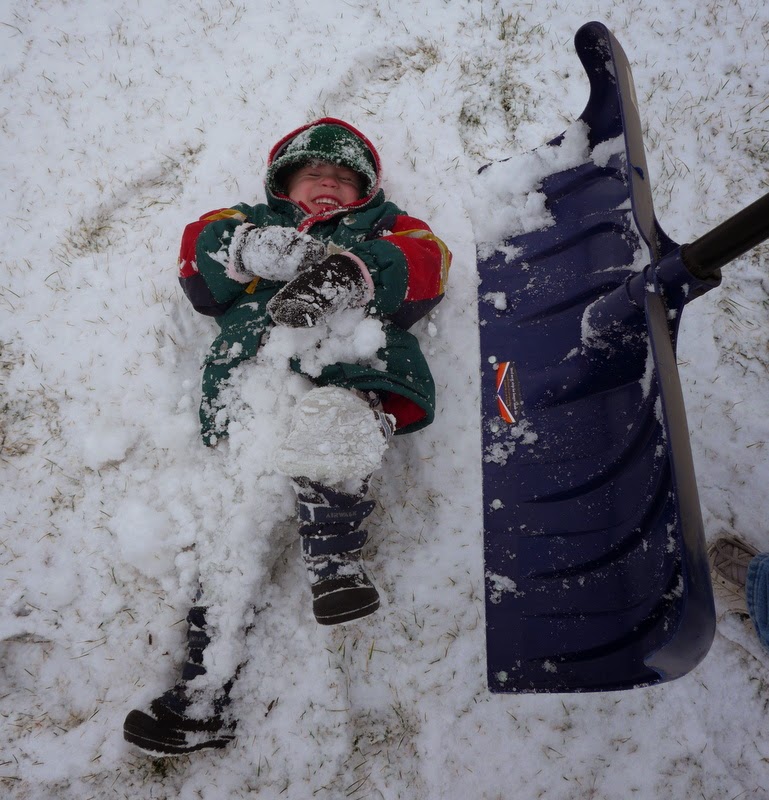 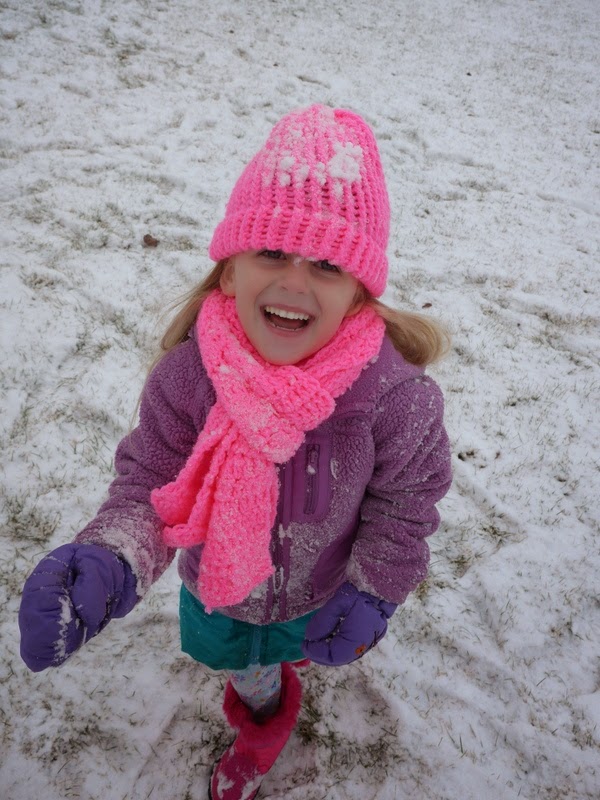 Oh, now here's the part where I started strongly considering going back inside! Andrew is clearly not aiming at the children anymore and I wasn't equipped to fight back... 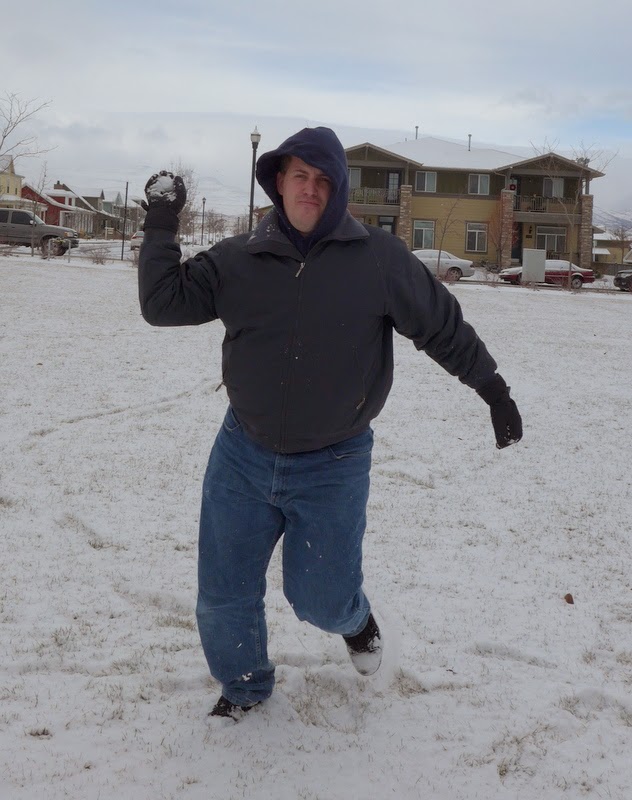 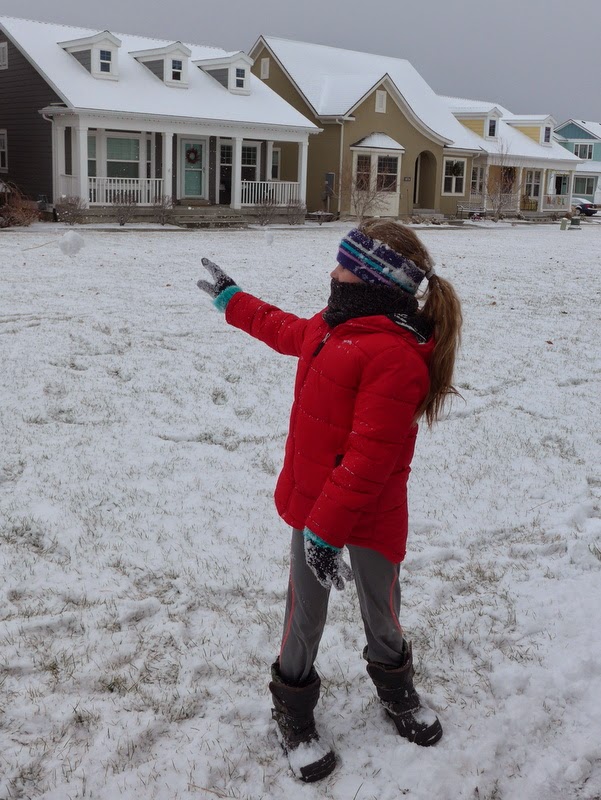 These next few pictures crack me up. Keep your eye on Benjamin. I have no idea what happened to him, but... 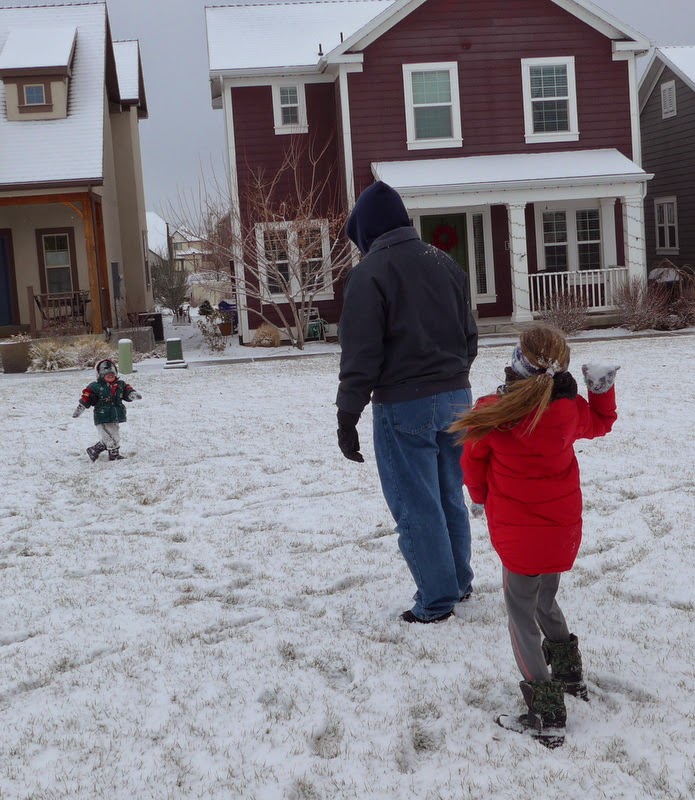 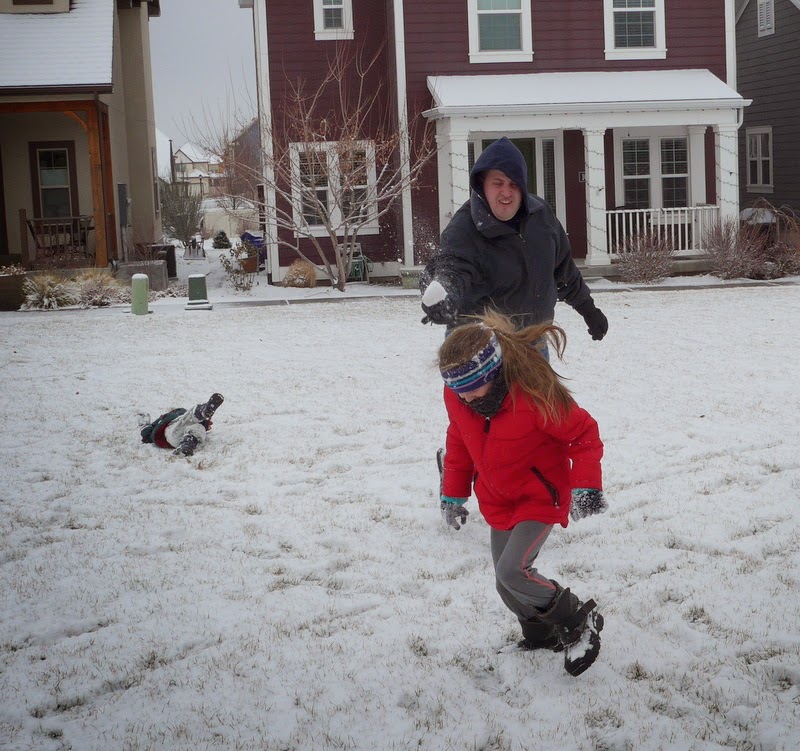 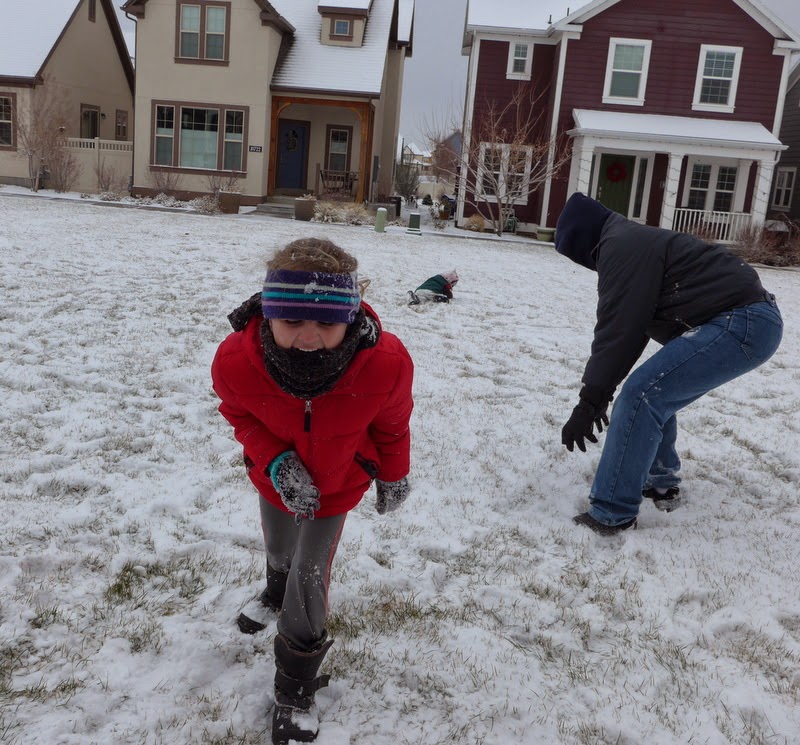 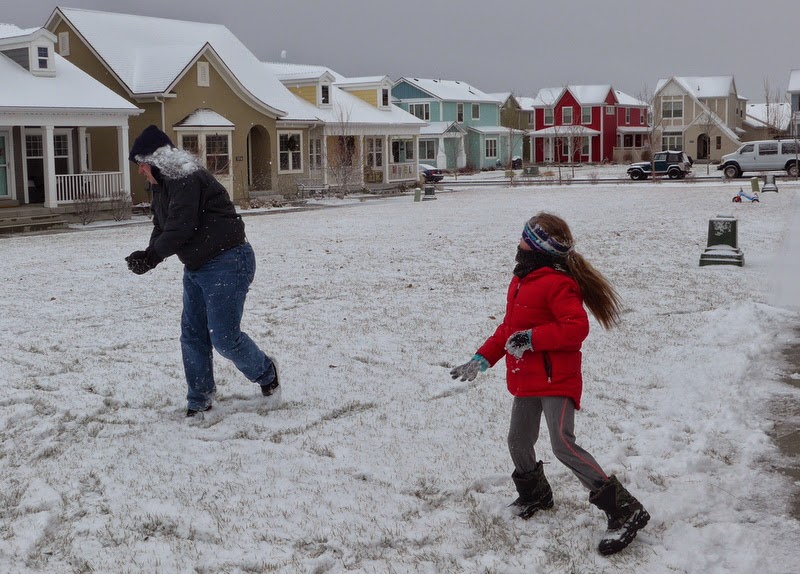 We were supposed to get a lot more snow—at least, that's what the forecast called for—so it was a little disappointing to wake up to this piddly amount with the grass still sticking through (unless you happen to be a child from North Carolina and then it was the most exciting thing in the world). But did you see that big grey cloud in the picture? That's headed our way.

Here's Grandpa chasing Miriam with a shovel of snow: 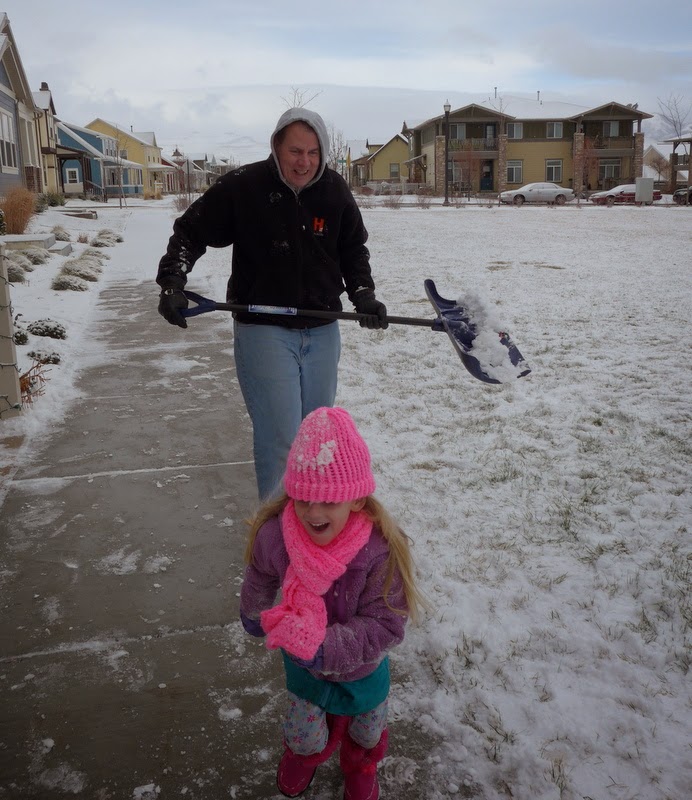 She ran to the safety of the house and I followed because we were sick of being snowball targets. But it was still a fun day in the snow. And the kids were thrilled to finally have a White Christmas!
Posted by Nancy at 6:30 PM