Aside from being sick again (no, not croup, a new one!), and aside from still being small, I'm pleased to announce that Benjamin is practically perfect in every way!

We had our 6-month follow-up to our well-baby check in June today, but with an attendant instead of a resident. I've rarely (never?) had a follow-up visit with a resident. Is that normal? I don't know.

But, basically, this doctor said that the resident was probably being a little overzealous.

Benjamin's not on the chart, but he's hugging his own little curve right below the the 0th-percentile line. He's growing at a normal rate...he's just on the small side. But he was displaying his two-year-old boy energy and vocabulary for the doctor and the doctor said he looks healthy and happy, so as long as he keeps putting on weight and getting taller, he doesn't see any problem.

Then, of course, I had to tell him all about my weight (because I can't set foot in a medical facility without them asking about my weight). I had to swear that my family consists of a bunch of beanpoles.

Evidence? Me with three of my siblings (this picture was taken when Benjamin was, like, two months old so I think I look like I just had a baby, but it does show that my siblings are similarly thin): 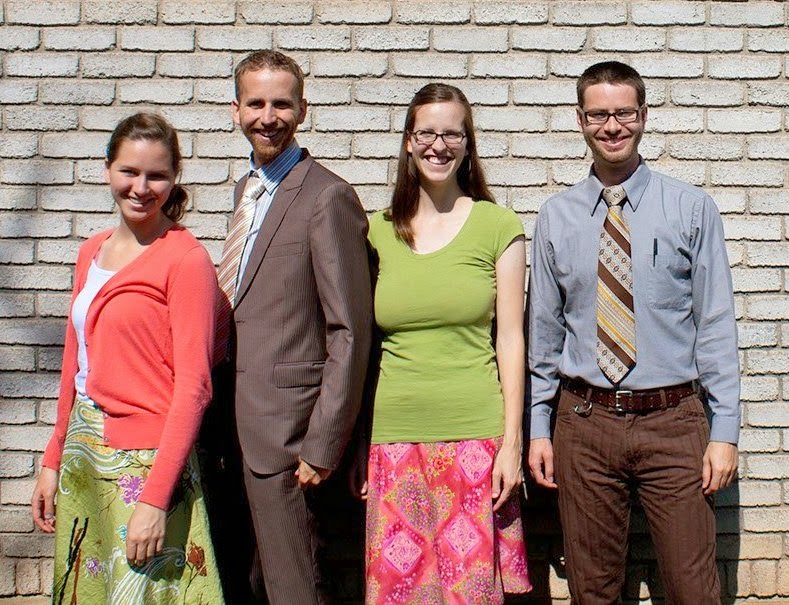 I blame my grandparents. Here he is my grandpa, holding my Uncle Bruce, in 1950 (right around this time of year): 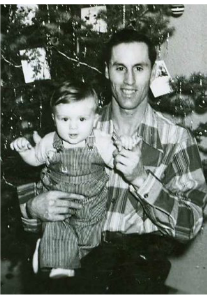 And here he is with my grandma, Uncle Bruce, and Auntie Colleen circa 1953: 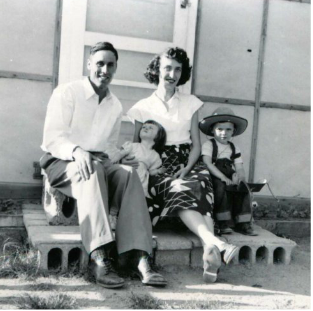 This is from my Auntie Arlene's wedding. My mom is on the right (between the bride and my grandma), and my Auntie Colleen is holding my cousin Michael: 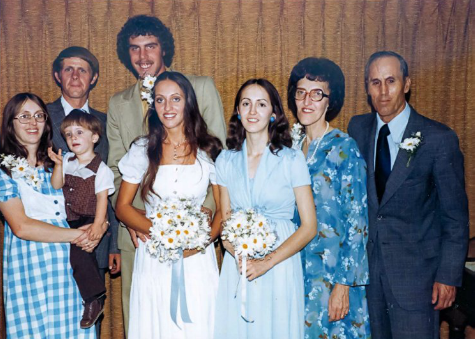 They're not as tall (and my grandpa's already shrinking here) but just as thin. I somehow managed to get genes for both height and thinness. But at least I'm a girl. You should ask my brothers how they feel about being tall and thin.

Anyway, after I convinced my doctor that it's not an eating disorder but rather genetic disorder manifestation, and after I mentioned that I was usually one of the shortest kids in the class until around, oh, puberty, the doctor said that Benjamin will probably just keep being small until around then, too. And then he might just grow up to be a beanpole. Because that's what we do...

(This is my Grandpa C. (on the right) with his brother Ken (on the left, obviously) in the 1940s—both beanpoles): 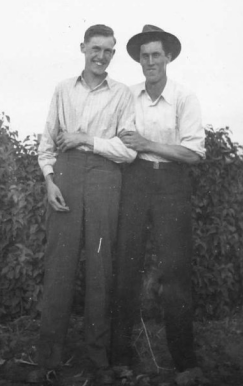 Anyway, I'm glad that I can stop worrying about Benjamin's size all the time! (I'm really good about worrying). Now I just have to focus on gaining a ton of weight for this current baby. The most I've ever gained was 26 lbs. and my doctor said that's fine (because my full-term babies were both over 7 lbs., which is a decent size!) but she wants me to aim higher—like 35 to 40 lbs. That is a daunting task, but I think I'm making good headway.

But I'm also eating four meals a day, plus snacks. Because I never hold back when I'm pregnant (unless, of course, I get gestational diabetes...but even then I still eat all the time...just not always what I want). Oh, and I've been banned from any strenuous exercise (no running, no biking, no carrying my toddler—just walking and yoga and things that don't burn too many calories).

I feel like I'm already showing (and I'm always surprised by people who claim to not have noticed, though I think it's normal to notice yourself, first). I'm at least as big now as I was with Rachel at 20 weeks. It's like my body's like, "Hey! This is how we pregnant—get that stomach out there!"

I guess I'm not showing too much yet, though, if I can still get questioned by a doctor (who doesn't know I'm expecting) about being worryingly thin (and I'm all, "My waist is rapidly expanding. Do you not see this bump? What would you say if you saw me not 3.5 months pregnant?").
Posted by Nancy at 1:48 PM