At home with Uncle David

The kids have played so many games while Uncle David's been here. He's very patient with them, explaining and reexplaining the rules (and sometimes eventually ignoring them, too). We play games with the kids but David plays games with the kids. He's just better at it somehow. They don't even mind when he wins. 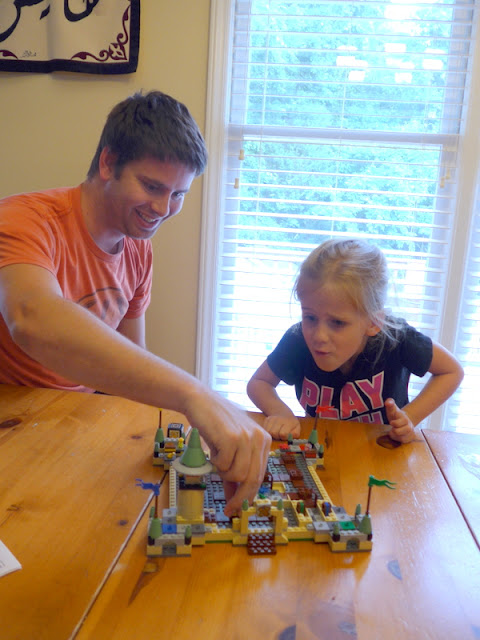 
I suppose it's beneficial for her to learn how to be a good sport by playing games with Uncle David since she obviously hasn't learned that by playing with me. 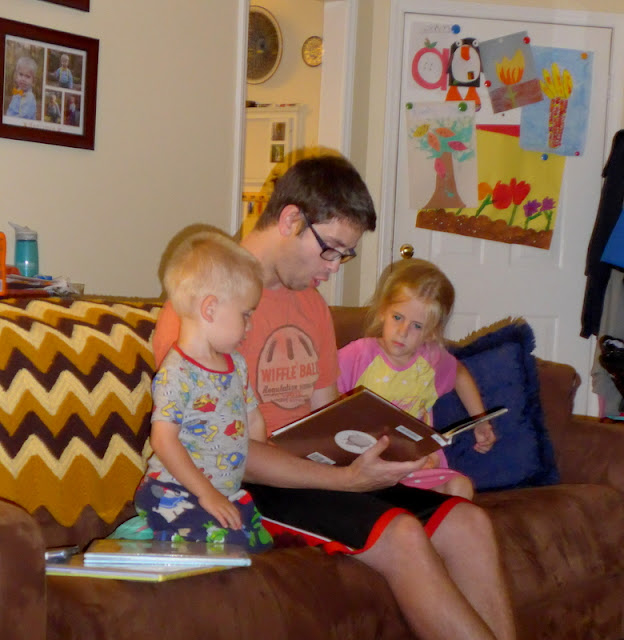 This is the part where I admit that a lot of what I do during the day is...sleep (and take care of the baby)...so I'm not around to snap pictures. But I know they played LEGO and about a billion games while I was napping today. I don't know how I'll keep them entertained and quiet after he leaves.

(That's a lie. I will just let them watch television until their brains rot..or until Grandma gets here to rescue them, whichever happens first.)

They're great little helpers though. Miriam was so proud of putting Zoë to sleep for me this morning, 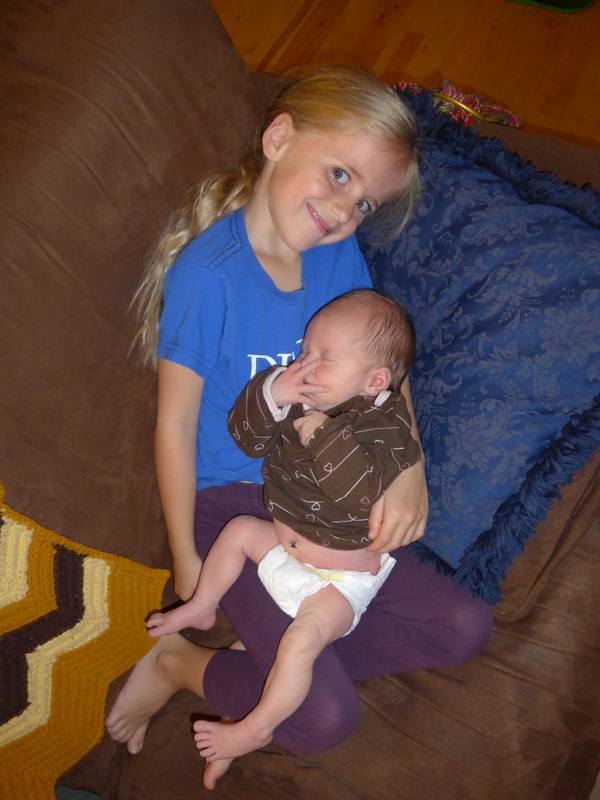 Of course, I'm not sure if it was Miriam's gentleness or Benjamin's craziness that put Zoë to sleep. Apparently Zoë likes when this dinosaur jumps on her. I'm pretty sure she's spent half her life playing dead—it's a coping mechanism. 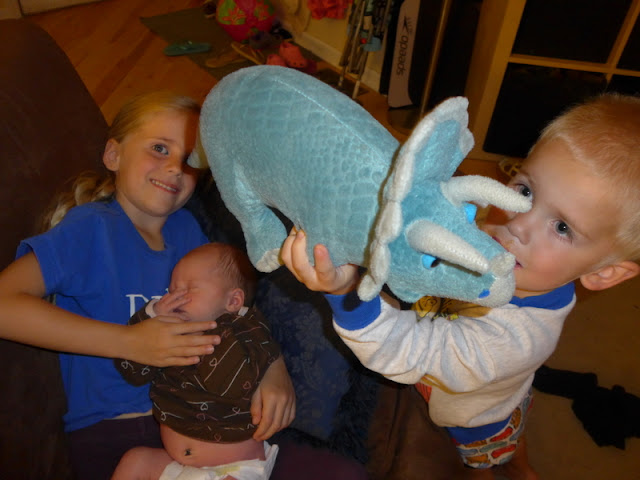 Speaking of dead, Benjamin takes everything quite literally. This evening around bedtime and after feeding Zoë I said, "I need to pump or I'm going to die."

Benjamin came up to me all sad and said, "But then I won't have a momma!"

I assured him that I wasn't serious about dying. In fact, we're all surviving over here quite well.
Posted by Nancy at 1:05 AM