With a beach trip under our belt I figured we could probably handle church, too. I think I spent the majority of sacrament meeting and Relief Society in the mother's lounge, but I made it to all of Sunday School (which was short because sacrament meeting went way over time).

At the end of the day Andrew said, "So, who's in the Mother's Lounge Club these days?"

It's funny because it's true. Mothers spend a lot of time in there, especially when their babies are small and get stuck in an eat-poop-eat-poop-eat loop. (Does anyone else out there have a baby who insists on eating every time they poop, even they've just eaten?)

Zoë is such a clean baby! We had no blow outs or spit up the whole day. I can't even tell you how weird that is for me. Rachel always had something driving down her legs, smearing up her back, or dribbling out of her mouth. Miriam was pretty good. Benjamin had major reflux until he was like a year and a half. But Zoë somehow manages to keep her bodily fluids contained, which is so weirdly wonderful I can hardly believe it's a real thing.

Here's a picture of Zoë at home after church: 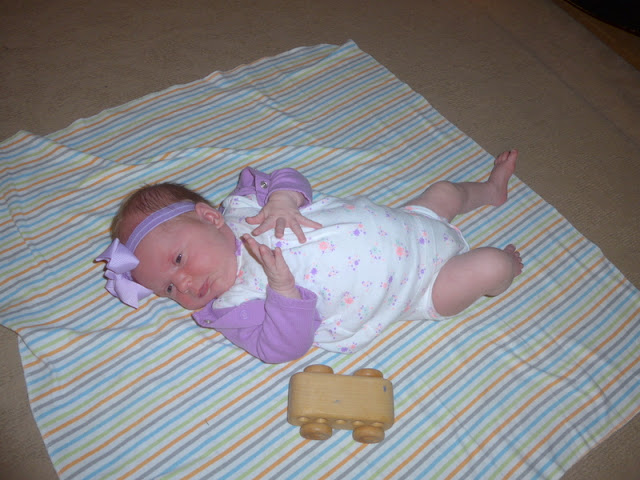 I asked who gave her that car and Andrew said, "I did. She looked bored." Clearly the car was the solution to her boredom. 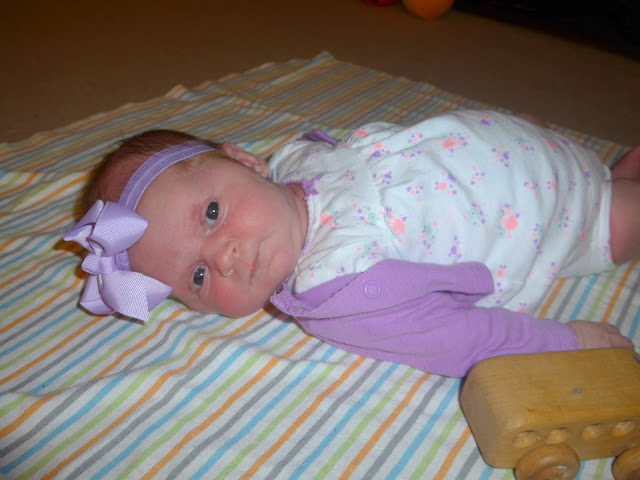 And here's Zoë cheering, "Yay! We made it through all three hours of church!" 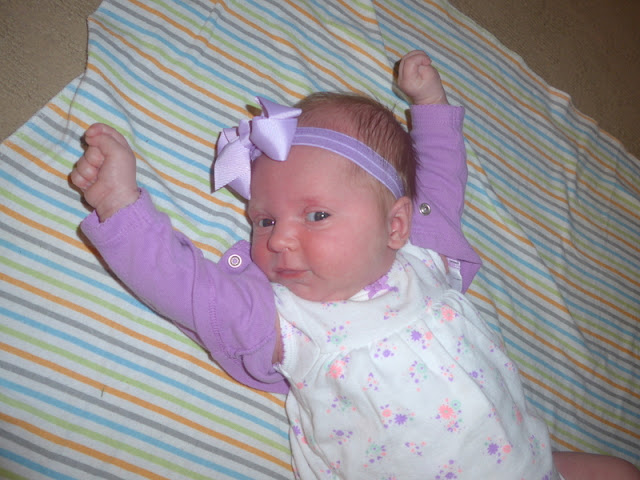 It helped that we skipped choir, believe me. Andrew gave the excuse that he had a plane to catch. Really, though, he had a suitcase to pack. I don't understand how he can calmly pack for a two-week trip mere hours before leaving. I pale at the idea of packing for two weeks, but I'm also thinking about packing for four little people in addition to myself. That changes how spontaneous I feel, I think...
Posted by Nancy at 10:18 PM