Zoë's umbilical cord fell off rather early and for a couple of days everything looked just fine, but on Monday it started oozing blood. She's our forth baby so you'd think we'd have seen just about everything by now, but this was worrisome even to me. Andrew practically flipped out.

"This is worse than the umbilical cord stump!" he said. "She's going to deflate or something!" 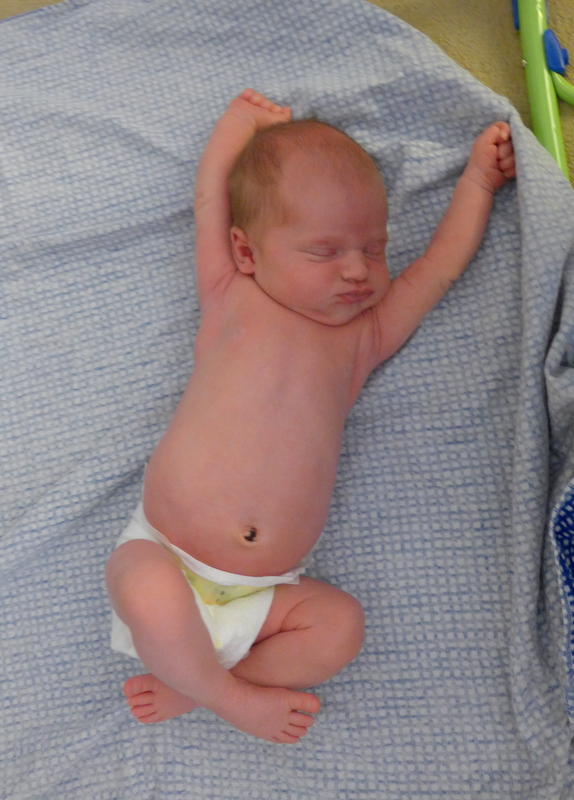 He's always been a bit nervous about these belly buttons...


I looked up some information online rather than calling the doctor because I was only a little bit worried and it didn't seem like something that needed urgent medical care (and because I believe in my ability to find relevant and accurate information on the internet). She had no fever, it didn't seem to bother her at all, it wasn't oozing puss, nor was it inflamed and gross. It was just...bleeding. But like, secretly bleeding.

She'd get blood on her clothes and on her diaper but her belly button was never wet with blood.

So, it turns out this is pretty normal if a belly button falls off "early" (within the first week of life). As long as it's not actively bleeding (wet with blood) and isn't infected and it doesn't continue for more than three days it seems all is well.

That's how I broke the news to Andrew, "So...Zoë is fine and there's nothing to worry about because it's not bleeding a lot and it should stop in the next couple of days, but her belly button is bleeding so if you find blood on her clothes or anything, that's why."

Andrew looked about ready to faint.

I just left her mostly naked for a couple of days to help dry things up a bit faster and it seems to have stopped bleeding, which makes her a lot less scary for her daddy.

And is it just me or are her legs getting fatter?
Posted by Nancy at 12:35 PM